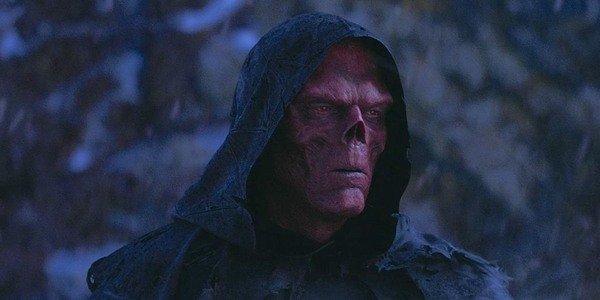 To the surprise of many MCU fans, Avengers: Infinity War showcased Red Skull, a previously thought to be dead and finished character, returned as an important part of the story. Later the former Captain America nemesis, made another appearance as the keeper of the Soul Stone yet again in Avengers: End Game.

In both films after the Soul Stone is released, Red Skull disappears, which indicates. However, after the ending of both Avengers movies, it has been confirmed by Red Skull and The Walking Dead actor Roscoe Marquand in an exclusive interview at Supanova Melbourne 2020, that this is certainly not the end for Red Skull.

The role, which was previously Hugo Weaving’s, will return and the only question now is when? Since the latest Avengers exploits, Red Skull’s soul is now free to wander the universe however, this time, he is stronger and more intelligent than ever.

Red Skull may now even be considered one of the most powerful characters in the MCU, as he is more spirit than man, which would be quite difficult to defeat. However, Marquand has revealed that this might be a very different Red Skull to the man that appeared in the first Captain America movie.

Marquand believes that Red Skull will not be looking to seek revenge or any evil ambition anymore. With the knowledge and hell the man was most likely put through for the last 70-odd years, it’s unlikely that he would risk being put in that situation again and therefore, not return to earth seeking to bring back Hydra.

It’s possible that Red Skull could instead be an anti-hero. A man that may assist the Avengers as long as it also benefits himself as well. Marquand doesn’t think that Red Skull will be a good guy, it just might help if there are mutual benefits.

For the moment though, there have been no plans that Marquand is aware of, which will re-introduce Red Skull in future movies but if the opportunity was to present itself, he will jump on it and he is hopeful that it will happen soon. For the full interview with Ross Marquand at Supanova Melbourne 2020, you can check out the video below from Nerds4Life.