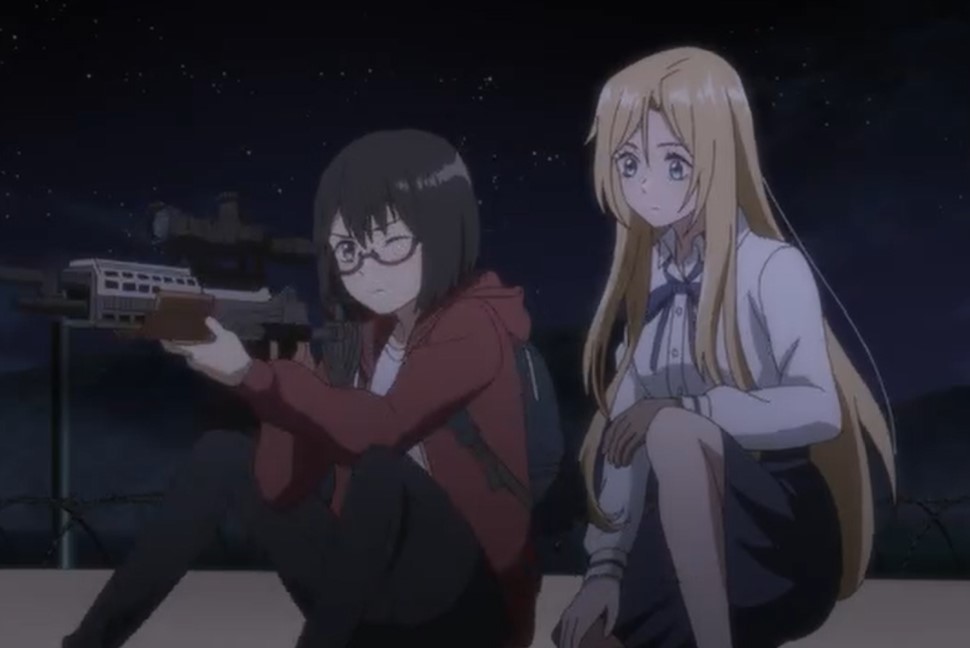 The captain told her that it is dangerous when a train passes by. Master Sergeant confronts the Lieutenant telling him that it is not a good idea. He comments that Nishina and Sorawo cannot be trusted. The Lieutenant comments that he can leave everything to his hand. The sergeant left, showing Nishina and Sorawo a finger gesture pointing to his eyes. He is showing them he is watching them.

Otherside Picnic Episode 7 will be released on Monday, 15 February 2021, at 11:30 PM JST. Catch Othorside Picnic officially on  AnimeLab and Funimation. 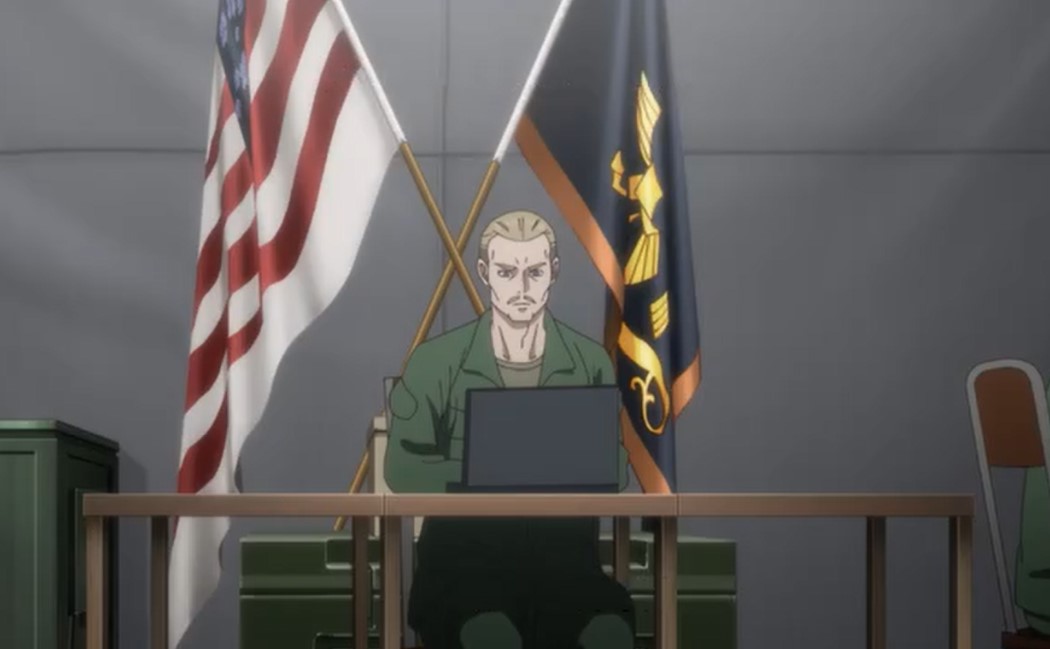 Lieutenant Drake heads with the two to Major Ray Barker’s office to report the matter. Ray asks Drake who those two are. Drake reveals that they are civilians they encountered on the way back from their ground recon. Drake also said that he saved the two when they were being chased by the horned man, face dogs, and walking gallows. Ray ask Nisshina how she got her, and she said that they were just lucky.

The two reveal that they attend University in Tokyo. Ray reveals that he is the current commander of this unit. Sorawo asks what he means by the current commander. Ray comments that they have suffered many casualties since they have been here. More of the soldiers were mentally unstable and went missing. Due to their madness, they started killing each other. Ray told the two that they can share anything with them.

Nishina and Sorawo comment that they are fine. Ray also reveals that they have sent a soldier on a mission, but no single soldier has returned. He told the two that they can enjoy staying, but tomorrow they will accompany their scouts. Drake accompanies the two to their tent and offers them food. He advises them not to use their cellphones. But the two called Kozakura when Drake left.

They talked with Kozakura, and she can’t believe that they got through calling from the Otherside. Nishina told Kozakura that they are with the U.S forces from Japan. Kozakura reveals the true intentions of the soldiers and their secrets. Nishina asks if it means they are going to be eliminated. Kozakura said they would just find a way to keep the two quiet. Kozakura started to talk weird stuff, and Nishina is worried that she might be in danger.

Sorawo comments that they must worry about them for now and find a way to escape. She also told Nishina that they are going to find a way to escape and check on Kozakura. Drake returned and realized that the two were using a cellphone, and he reminds them that he told them not to. He told them not to move from the spot they are in since the battle is about to start. The soldiers get ready for a war, but the two also get outside. 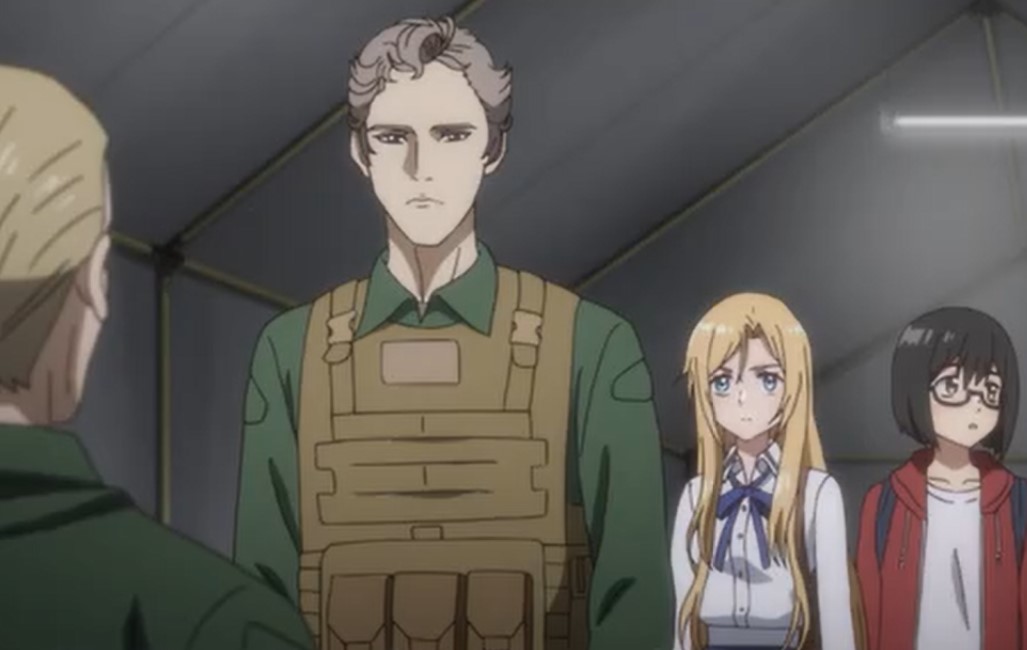 The dog faces and other monsters started attacking the military base. The soldiers were just wasting bullets by shooting things that they cannot kill. Sorawo uses her magical eye and saw where they have to shoot to stop the war. Nishina took M14 EBR and tried to take out the boss cow monster’s head, but she misses twice. Drake told the two that they are not carrying a toy. Sorawo told Nishina to give her the gun.

She manages to snipe the head of the boss cow monster, and everything exploded. The soldiers who were doubting the two apologizes. They celebrate since all the monsters exploded to ashes. Drake was like, what happened when other soldier shouts they did it. Nishina and Sorawo just smiled since they don’t understand what the soldiers are talking about. One of the soldiers yell s that they got the Holy Cow.

The soldiers notice that Sorawo’s eyes are different, and he started to say he knew she is one of them. Drake is just surprised while Sorawo and Nishin run away. Greg and other soldiers chased the two, but they reach the train station. When the train arrives, the two jump in. Greg and Drake reach the train station and finds that the two are gone. Nishina and Sarowa made it back to the world the next day.

Read about how Nishina and Sorawo met with the U.S army here:  Preview and Recap: Otherside Picnic Episode 6.