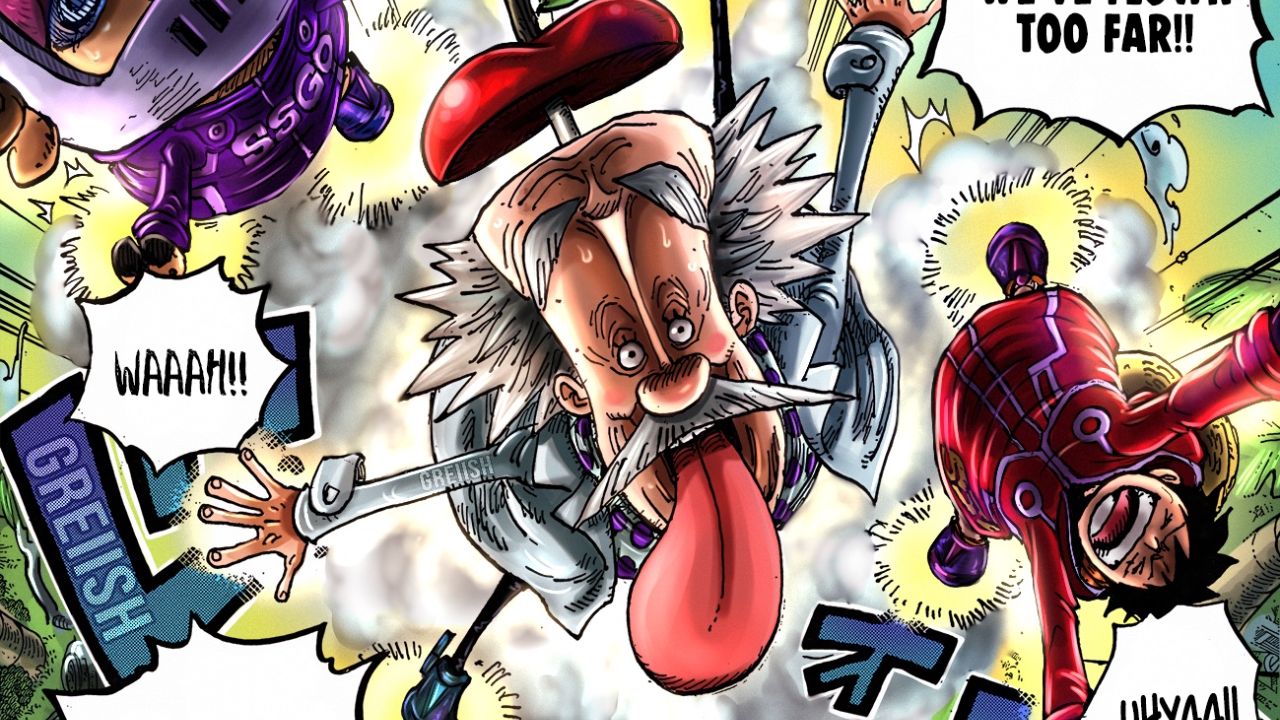 The raw scans and full summary for the One Piece Chapter 1066 are out and boy, what an informative chapter it was. I’m so glad to be a One Piece fan at this time and writing my opinion and theories regarding the latest chapters is just the best thing in the world.

So, for this post let’s dive into the details of One Piece Chapter 1066, and along with it, we will provide you with a few colored raw scans by the fans as well. Here we bring you the latest One Piece and its new chapter information.

The cover of One Piece Chapter 1066 shows us the return of Germa to the company. The chapter begins where it left off with straw hats questioning what Vegapunk said about Egghead being an Island of the past. Saying that it is conjecture, Vegapunk 01, Shakka dives deeper into his theories and says that an archeologist gave him an idea of how this machinery dated back to the void century.

Thus, Vegapunk begins talking about the incident in Ohara that occurred 22 years ago and the real reasons behind the buster call on the Island. The attack happened because the archeologist residing there had discovered something regarding the Ancient Kingdom.

Thus, even speaking about the ancient kingdom is seemed as treachery against the world government which was formed after the defeat of the ancient kingdom and formed the history of One Piece since it. We also see straw hats worry since now they know about something regarding the void century, they will be an even bigger target. 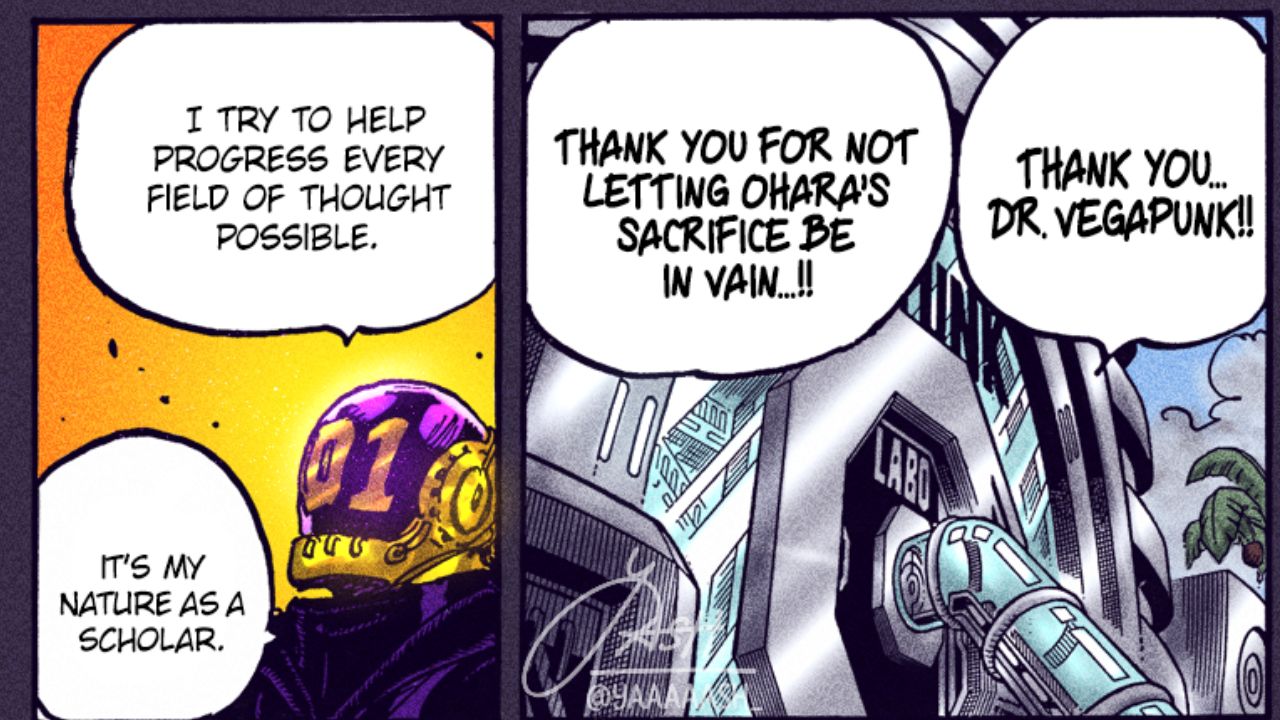 The Will Of Ohara Lives On

Shakka goes on to say how he visited the land of Ohara after it had been attacked by the world government and found that all the books on that Island were dumped into a lake and were unharmed by the buster call attack. He also tells how Ohara has even formed with Clover his curiosity regarding the void century led him to roam the world and settled on Ohara with several archaeologists who followed him.

Robin has a flashback of her final moments on Ohara island as well where we see archeologists dumping books inside the lake. Vegapunk further shows his desire to take the books to his labs however, it would be bad if the government had known anything about it and would eradicate Vegapunk as well. 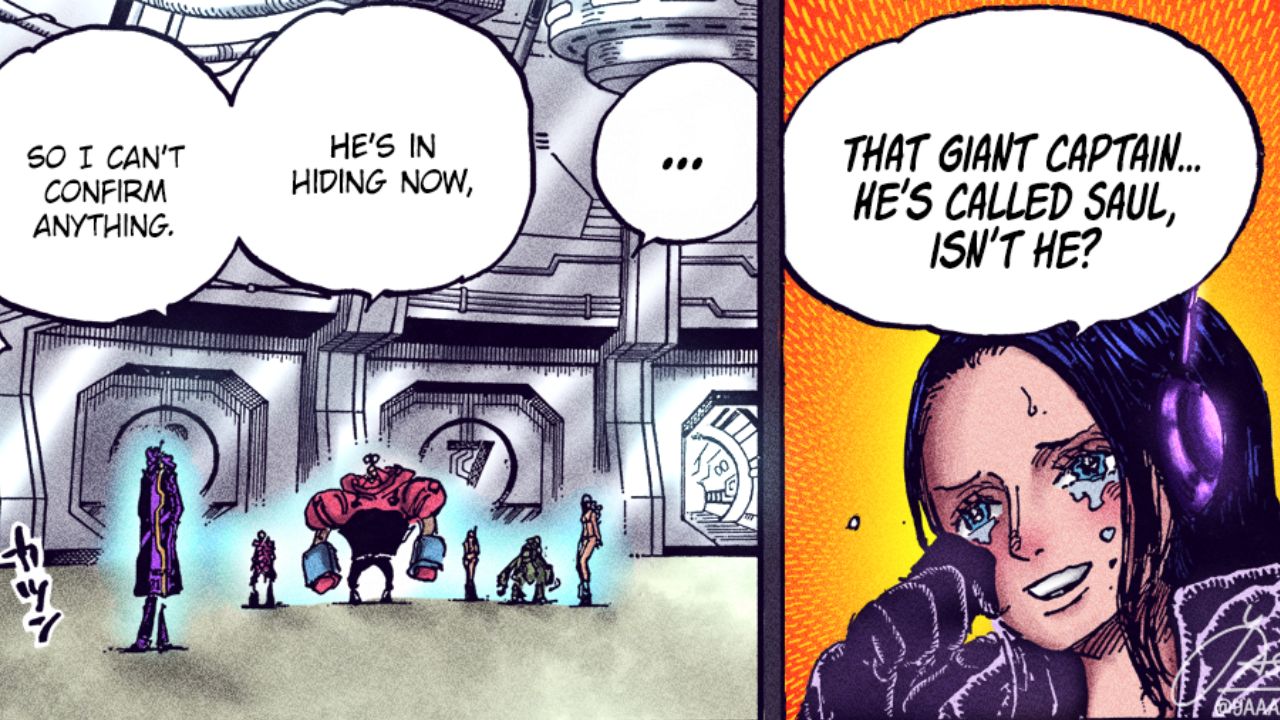 Flashback to 22 years ago, we then see Vegapunk’s true form with Dragon on Ohara as well. They saw that the books were being transferred to Elbaf by the giants led by their captain “with bandages all over his body” which also shows us that it was Jaguar D Saul.

Dragon shows his desire to form a revolutionary army after looking at how the government acted towards the people of Ohara who sought freedom and a year later, he forms the army. Vegapunk goes on to also say how his curiosity led him to the Elbaf island and he read all the books the Ohara had preserved and now, it’s all in his head. Shakka takes the straw hats into the inner lab and says that he wants to show them something. 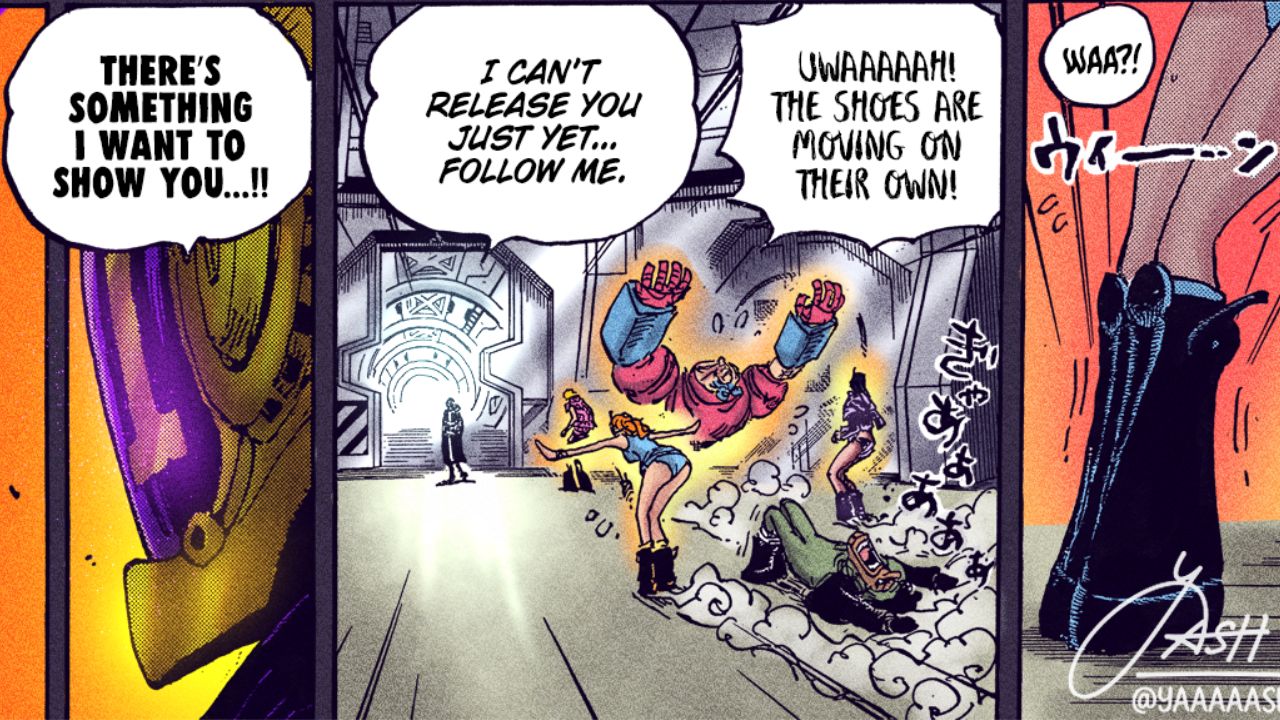 Elsewhere Luffy’s group continues showing their curiosity about the robot inside the junkyard. They try to get the gigantic robot working and even command the robot by unique names, with Luffy even saying “Robonosuke”.

Then appears a real Vegapunk out of the sky and is sinking inside the robot due to the boots he is wearing. Luffy drags him out of there saying that an old man like Kinemon appeared. Vegapunk says that he knew Luffy would come and Bonney is furious at seeing him. After seeing that Vegapunk is floating inside the air, Luffy and Chopper follow his instructions for the boot and start to float in the air as well.

Also Read: What Episode Does Luffy Get 1.5 Billion Bounty In One Piece?