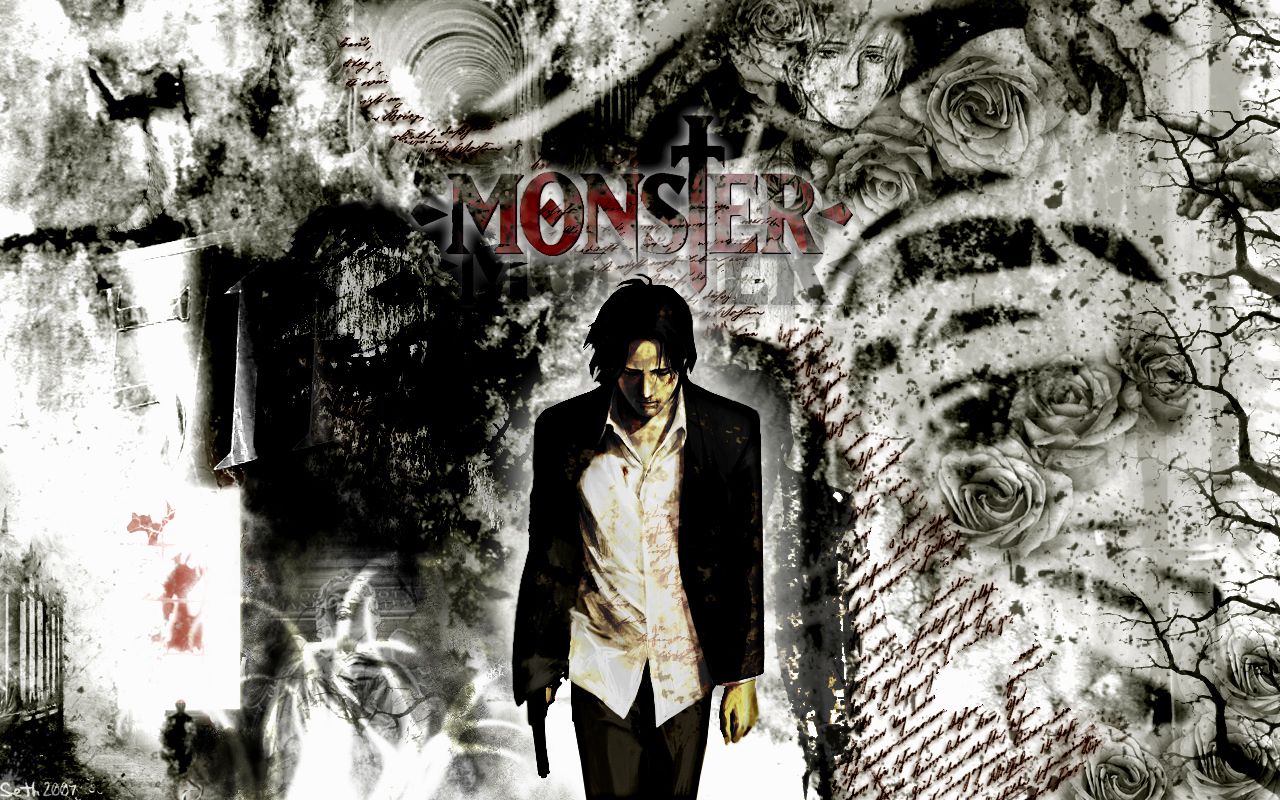 Today, I have brought top seinen manga you should read. There is absolutely no limit to the manga world. It doesn’t matter what age group you belong to because there is always some or the other manga you can read and enjoy. Today we will talk about some of the best Seinen (mature) manga. Before talking about those mangas, one question needs to be answered first. What is seinen manga? Well, Seinen manga as I told above is mature manga, it is aimed at the adult audience who has crossed the age bar of 18.

Another question might pop off in your head, why create seinen manga at all? There are some audiences who like to see gore stuff, all the blood, brutal attack scenes, and basically everything else for which a person needs to be above 18. This is the reason seinen mangas are made to show all the explicit stuff a mangaka has imagined and want to present to the public.

Some seinen mangas also feature some form of nudity, which as told before requires one to be above 18. These seinen mangas generally are based on something more realistic. Their foundation, themes, and all such related stuff are more realistic than the shonen manga. This is one of the most important reasons why people like to read seinen mangas. Now let us take a look at some of the best seinen mangas you should check out.

Monster is probably at the top of seinen mangas. I believe that almost every anime fan has heard of this anime/manga. Monster anime is regarded as a masterpiece and was laid on the groundwork of the manga by the same name. The anime is mind-bending and makes you wonder about a lot of real-life stuff. Monster is about a famous doctor named Kenzo Tenma. He is a well-renowned neurosurgeon, has a beautiful fiancé, and will get a promotion soon. All comes crashing down when he decides to operate on a young boy who was shot instead of the city’s mayor. Nine years later, the story unfolds as the boy, Johan Liebert goes on a bloody rampage to which Tenma tries to find the answer. Monster has sold more than 20 million copies worldwide becoming one of the best-selling manga of all time. 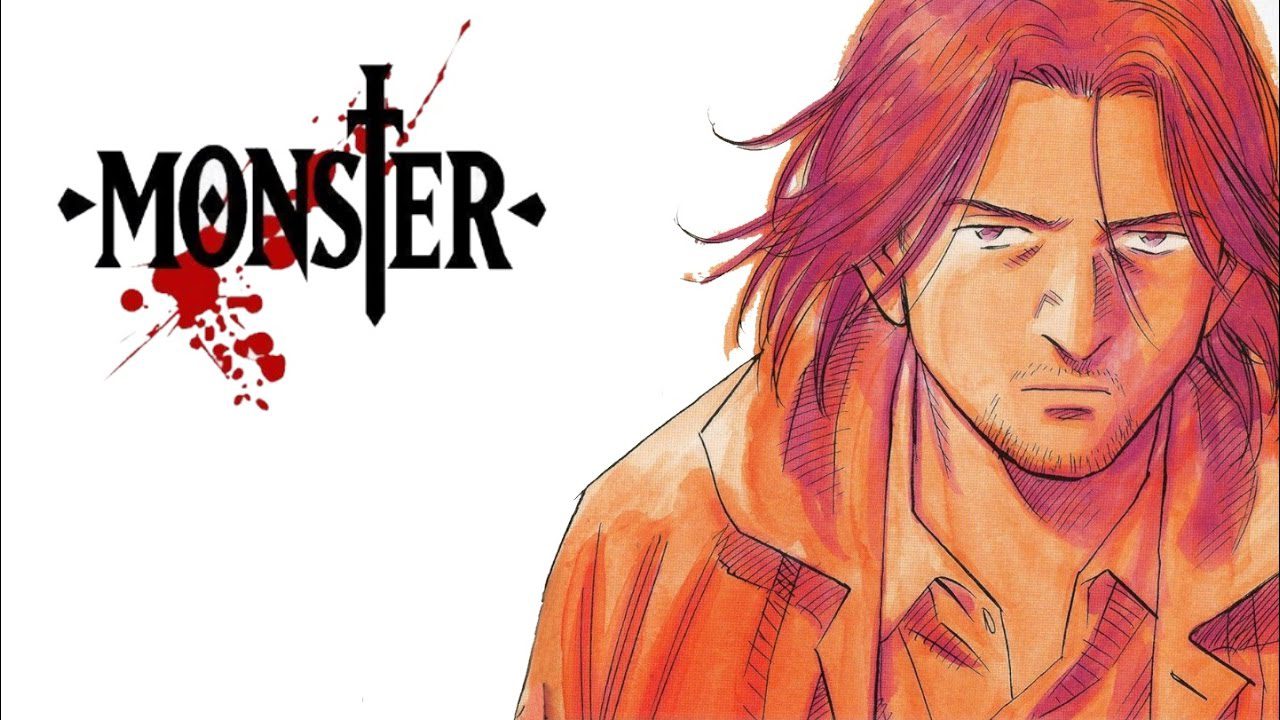 This is the best work of Jiro Matsumoto to date. The manga is an action, psychological thriller taken in an alternate Japan. The manga ran from September 29, 2001, to August 25, 2009. Freesia takes place in an alternate Japan which is turmoiled by regular wars and economic recession. A lot of budget has been spent on the military due to which many prisons have been shut down. Because of the shortage of prisons, a new law has been created which is named Vengeance Act. The Vengeance Act allows one to kill a criminal who has killed a family member/s in order to get revenge. Not everyone can become a killer, as a result, various Vengeance Proxy Enforcer firms have been established. The manga follows the story of such killers and the bloody and messy lives they lead. 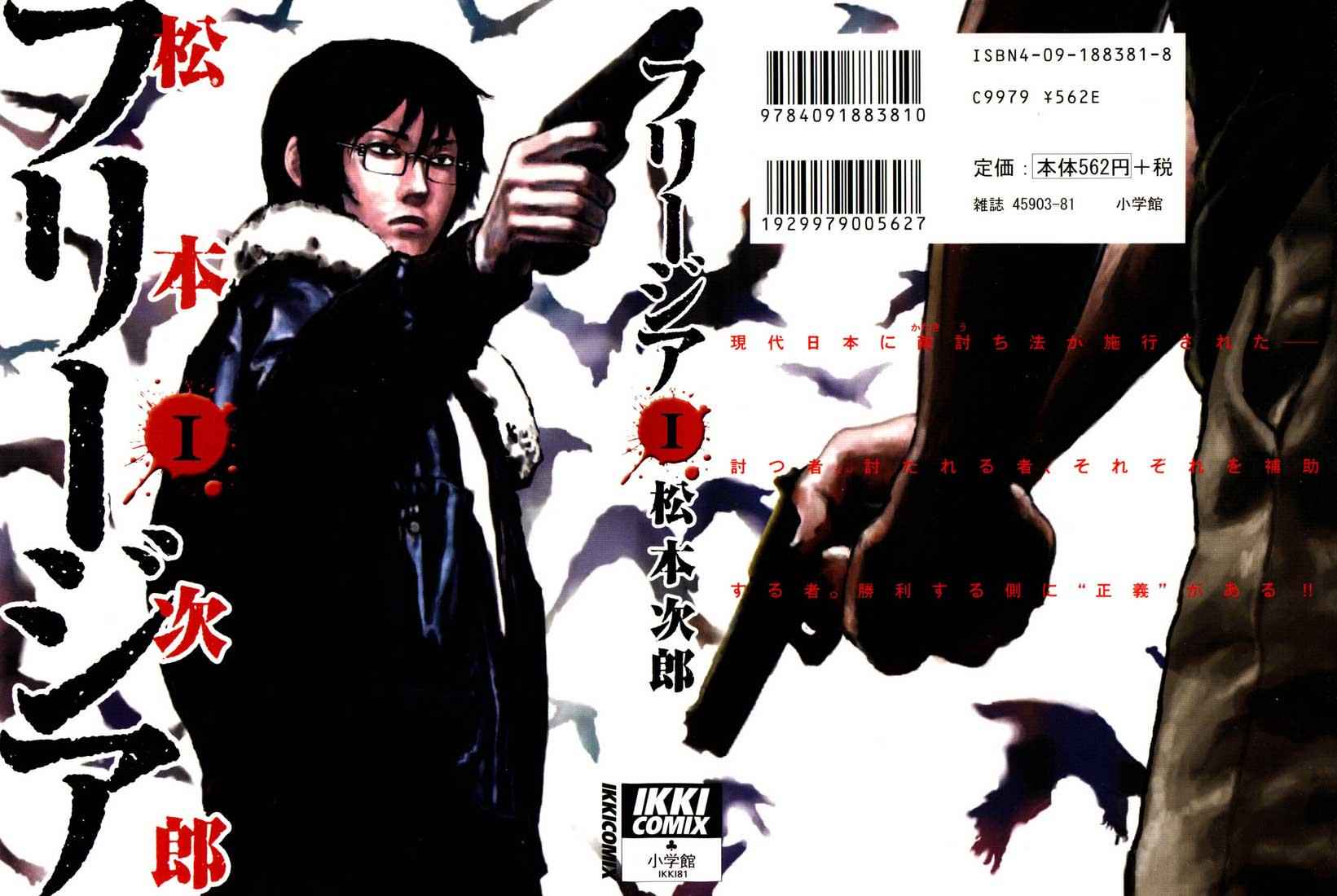 Also Read: 10 Best Dark Fantasy Manga For You to Read

This manga is written by Hideo Yamamoto and published by the popular Shogakukan. Homunculus is a psychological horror and thriller manga and has everything a seinen manga should have. Homunculus follows Susumu Nakoshi, a middle-aged man who spends his days in a luxury hotel and a park full of homeless people. One day, a young man approaches Nakoshi asking him if he is interested to take part as a subject in trepanation (drilling holes in the skull). Though reluctant at first, Nakoshi agrees to take part in the experiment in exchange for 700,000 Yen. At first, nothing happens to Nakoshi, as a result, he is sent back home. But soon, he starts seeing homunculus (a very small human or humanoid creature). As these hallucinations begin to increase, Nakoshi’s world is turned upside-down. Now, what will happen? What will he do? All this you have to find out by reading this insane manga.

This manga seems like a fun one by its name. But, do not go on its name, the manga is dark and full of mysteries sure to keep you scratching your heads. The manga is relatively old. It started back in 1999 and finished in 2006 with 22 volumes collected. It is the best work of Naoki Urasawa. 20th century boys are set in a dystopian future where the world is about to enter the next century. Kenji Endo is a normal man trying to live in the shambolic world. One day, his friend commits suicide and at the same time, a cult is growing more and more blatant. He soon realizes that he and his remaining friends are being targeted by this cult. Moreover, only Kenji and his friends have the key to stopping this cult from gaining power worldwide. With all the childhood friends once again reunited, they have to stop this mysterious cult by the turn of the century which could possibly mean the end of the world too. 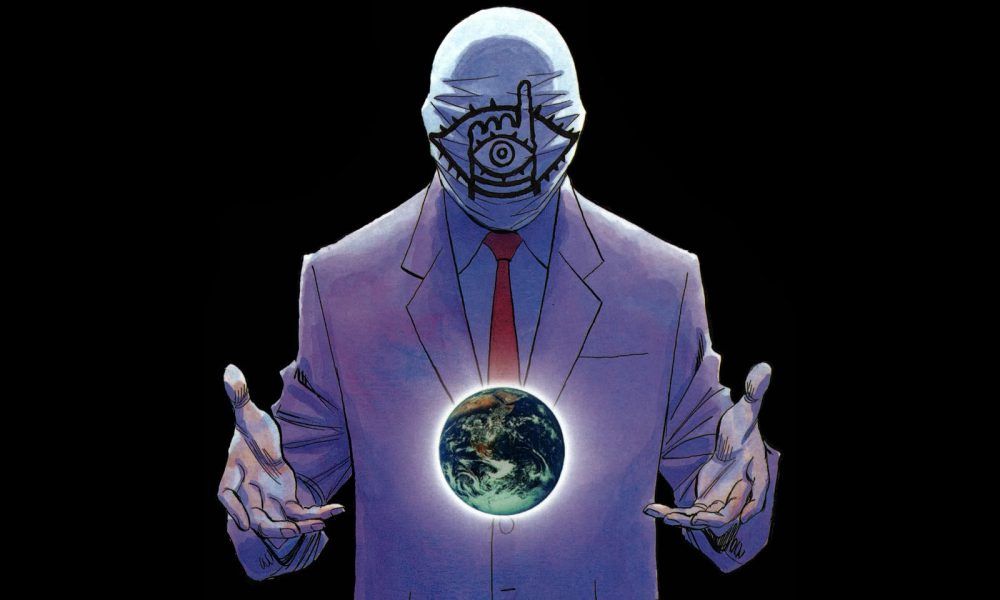 Liar Game is written by Shinobu Kaitani and published by Shueisha. The manga was published weekly for ten years from 2005-2015.  The plot of Liar Game is very intriguing as it is based on gambling and is a psychological thriller. Nao Kanzaki, an unusually gullible college student, receives a package containing 100 million yen and a message informing her that she has been accepted into the Liar Game Tournament. Participants are urged to lie and cheat to win other contestants’ money, while the losers are made to pay back a debt based on their losses. When Nao’s first adversary, a dependable former instructor, embezzles her money, she turns to a con artist named Shinichi Akiyama for help. Even though they succeed in defeating him, Nao and Akiyama choose to pay off his debt in order to move on to the next round of the Liar Game Tournament against ruthless competitors. They also strive to pay off the debt of their opponents in order to take down the Liar Game organization from the inside. 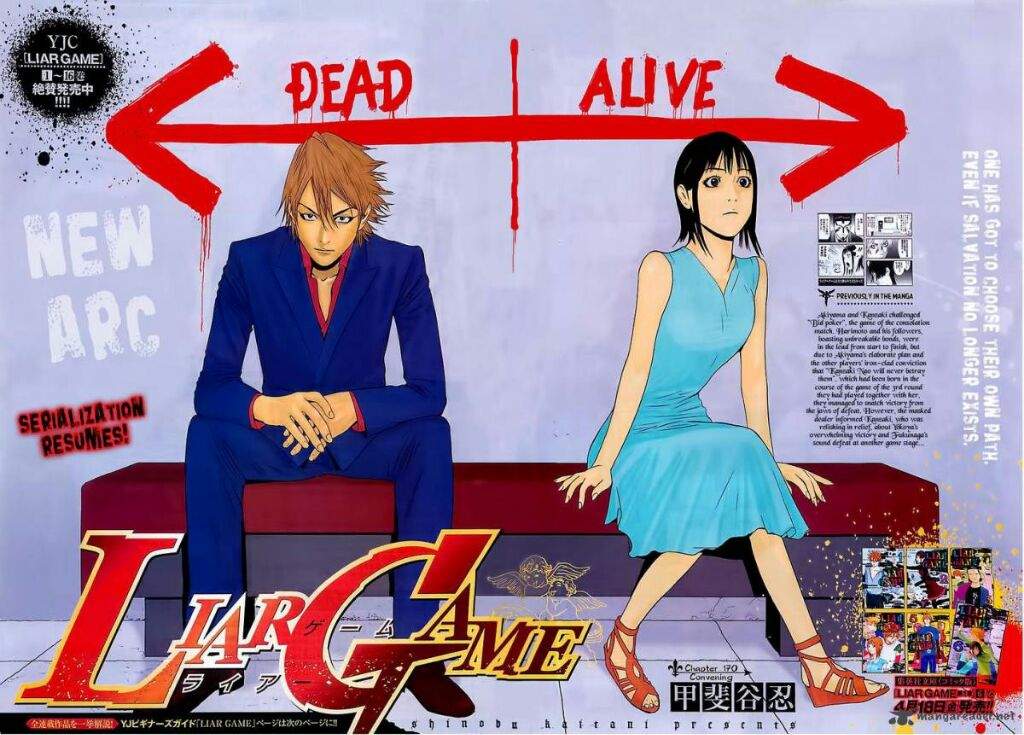 Now, this manga here is something very realistic. Some of you might have gone through what happens in it. Even if you are lucky enough to not have witnessed this, you can still imagine what happens. Two years ago, Meiko and Taneda received their university degrees. Without any genuine objectives or a sense of direction, they enter society blindly. Taneda works as an illustrator for a press company and makes just enough money to ease some of Meiko’s financial strain while Meiko works as an office lady to pay the rent for her apartment. Taneda frequently jams with his former bandmates from his university days, but he still thinks something is lacking. His bandmates are aware of the issue: they must get out there, market themselves, and spread the word about their music so that more people can hear it. This has been their goal since they first met in the university’s “Pop Music Club.” When Meiko decides to leave her job and Taneda decides to dedicate time to writing his first proper song for the band, two significant decisions affect everything. After escaping their old routines, they are unsure of the direction their new lives would take them. Meiko and Taneda gradually learn to accept their uncertain future as a couple, but an unexpected catastrophe strikes, forever altering both their lives and the lives of their friends. 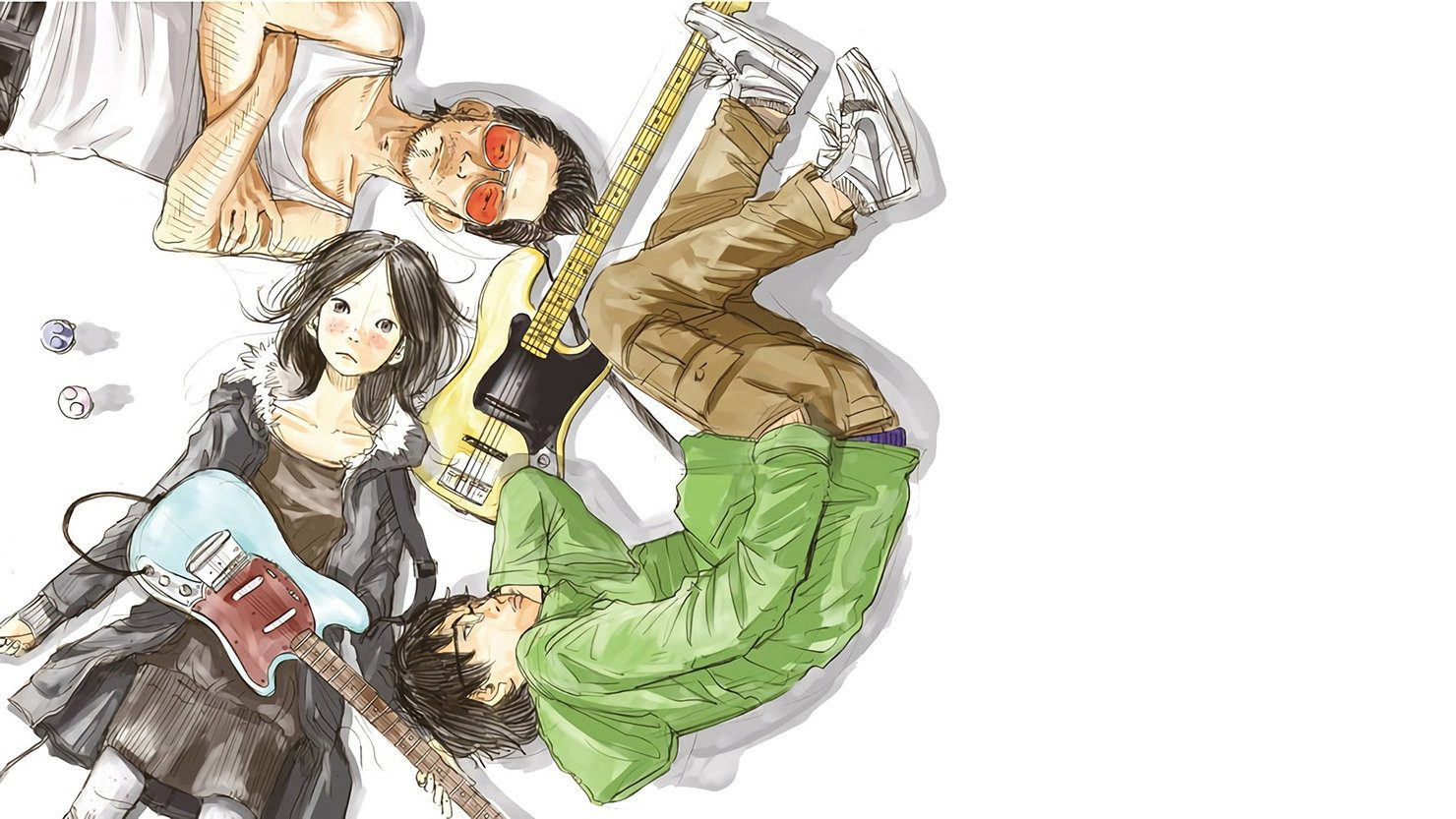 Akira is a cyberpunk, post-apocalyptic-themed manga which will surely make you engrossed in it. Japan, 1988. A young child with psychic abilities sets off an explosion that destroys Tokyo and sparks the spark that starts World War III. He is apprehended and brought into custody, never to be heard from again, to stop any future destruction. Neo-Tokyo, a region riddled with gang violence and terrorism against the current administration, has been restored and is now standing in its position in the year 2019.

Shoutarou Kaneda is in charge of “the Capsules,” a band of outcasts distinguished by their propensity for riding enormous, bespoke motorcycles and ongoing confrontation with their adversaries “the Clowns.” Tetsuo Shima, Shoutarou’s best friend, is injured in one of these fights when he collides with an esper who has escaped from a government institution and is now wandering the streets of Tokyo. Tetsuo meets this new psychic and starts to acquire his mysterious talents while the government desperately tries to keep him from using his devastating power, which might bring the city to its knees once more. 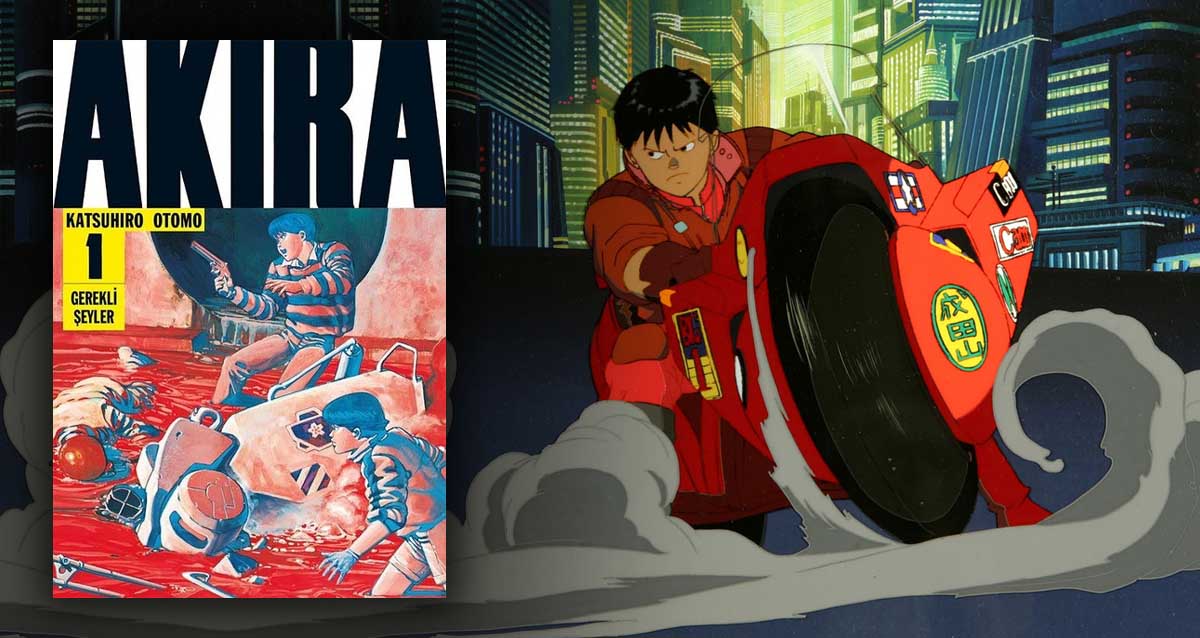 These, according to us, are the top seinen manga that you should absolutely read!