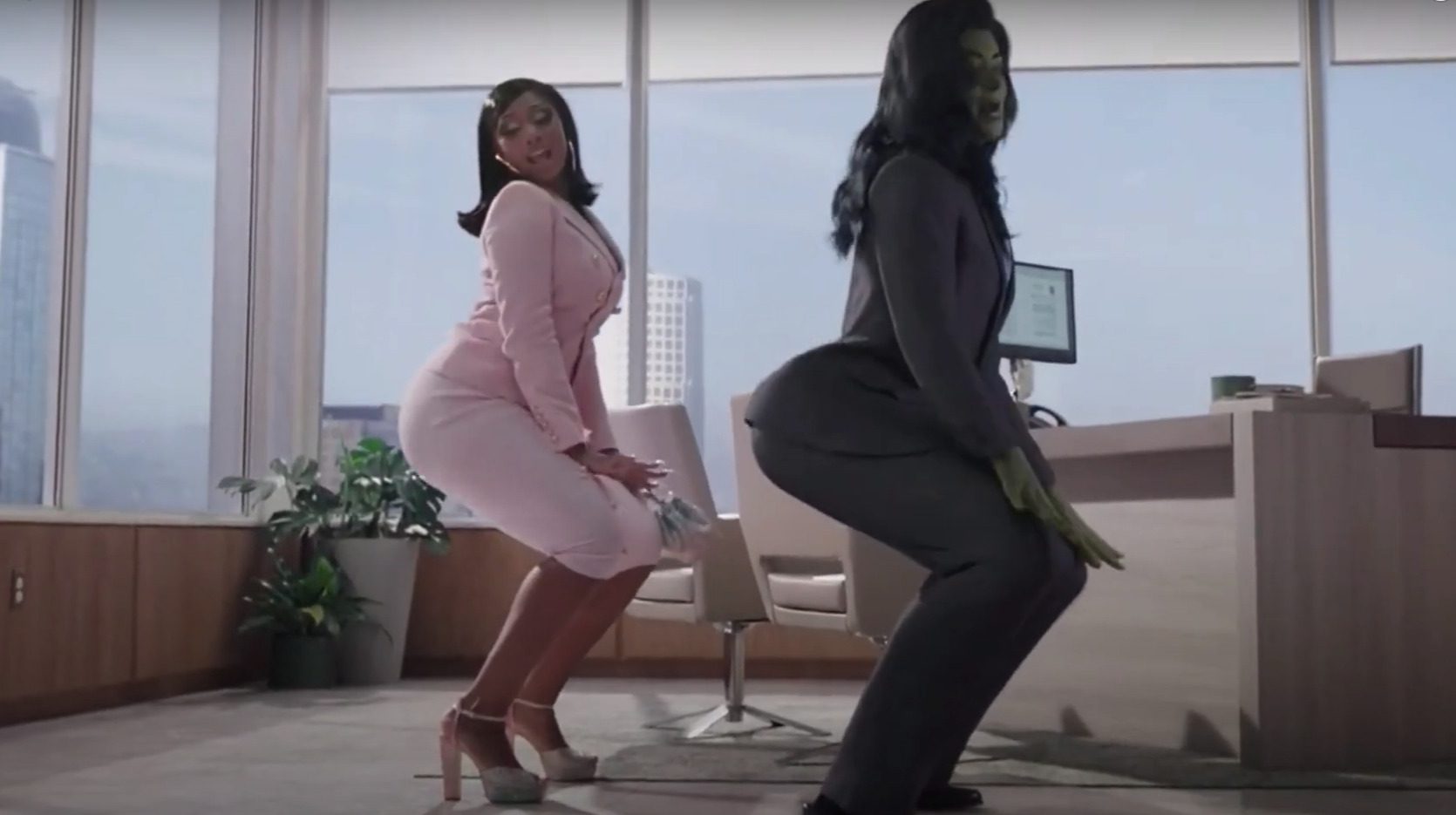 We’re back, Marvel fans, to join in on more of  She-Hulk. The comedy series has been ok-ish up to this point. The plot has slogged along like a drunken snail on a piece of wood, making it difficult to care about Jen Walters because she is already the ideal lawyer and superhero. The response on social media has so far been inconsistent. While some people love Jen’s persistence and the casual atmosphere of the show, others are shocked by how far the MCU has fallen since the peak of Captain America: Civil War, Captain America: Winter Soldier, and Avengers: Infinity War.

Nevertheless, last week saw the return of Emil Blonsky/Abomination (again portrayed by Tim Roth) for the first time since 2008’s The Incredible Hulk. Additionally, it acknowledged the odd Shang-Chi cameo in which the villain fought Wong in a secret fight club. I’m going to stand by my prediction that this series will provide our big green Hulk friend some closure by bringing back characters like Liv Tyler’s Betty Ross and (maybe) Tim Blake Nelson’s Samuel Sterns, called The Leader. Imagine if he is responsible for any evil plan in She-Hulk.

There has also been a lot of talk about a World War Hulk movie. In the comic, our hero is sent to space by the Avengers, only to come back a few years later with an army and a huge grudge. That’s how I remember it, at least. Hulk/Banner is undoubtedly in space at this point in She-Hulk, but I think he’s heading out to help Nick Fury and the Skrulls to help set up the next Secret Invasion series. But who can say?

Jennifer hurries over to the Department of Damage Control’s maximum-security facility to speak with Blonsky about his prison break and illegal fighting. At first, he appears to be acting quite distantly. He focuses more on Jennifer and tells her how he was forced to leave prison after she mentions that this could affect his parole. He actually chose to return on his own accord. She requests that he identify the person who pressured him into escaping. You know who that person is, I know who that person is. That would be Wong, the newest Sorcerer Supreme of the Mystic Arts. 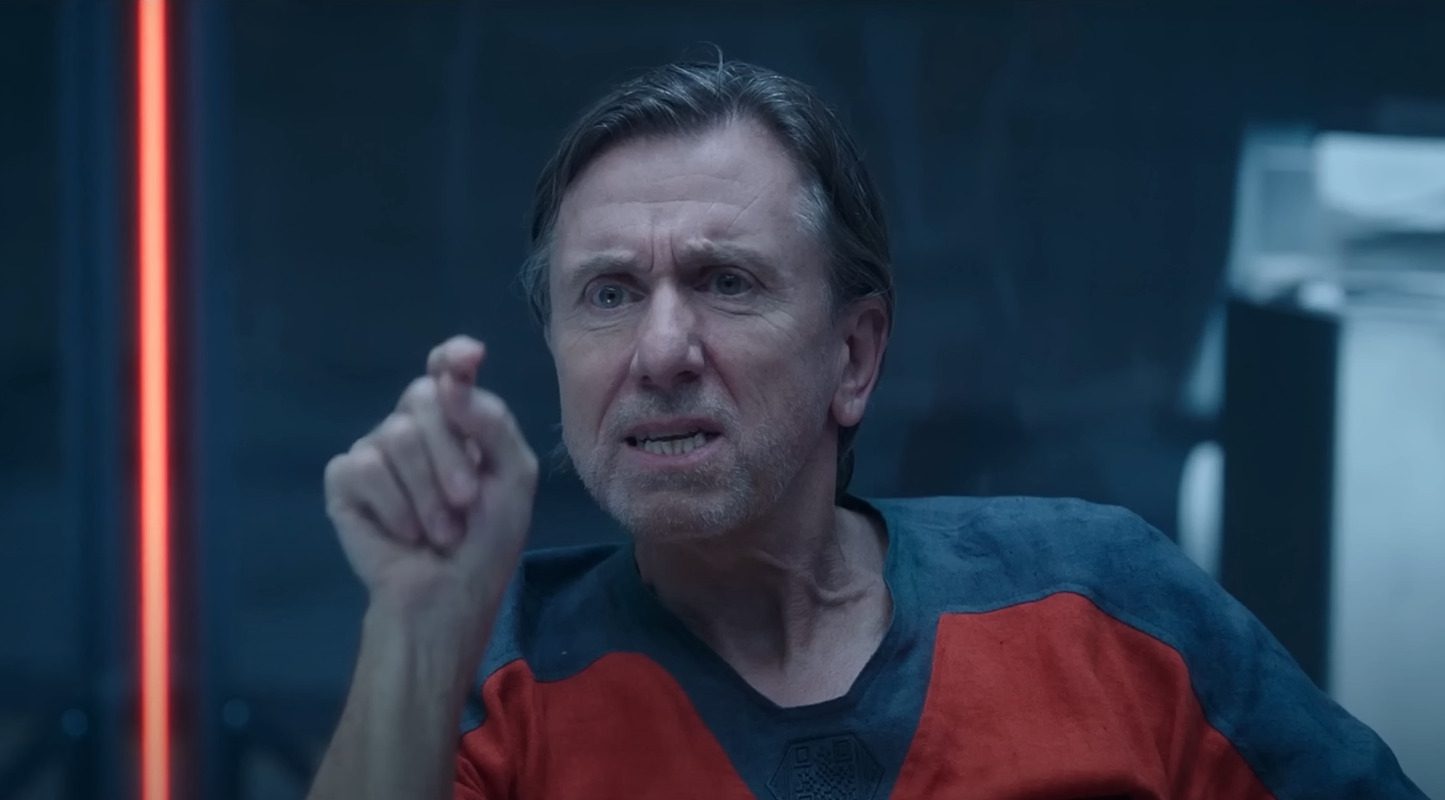 The biggest issue, though, is not getting to Wong. It deals with the growing media attention (and outrage) surrounding the She-Hulk, the Hulk’s cousin, standing in for one of his enemies, the Abomination. Holliway summons Jennifer to the office to check into a matter concerning Dennis (Drew Matthews). It finds out that an Asgardian Light Elf who was impersonating Megan Thee Stallion tricked him. Jennifer declines to take the case since Dennis won’t let her, and Pug is the one she has to deal with, so she wishes him the best.

When Wong reappears, he says that he did indeed free Blonsky from jail because he needed to face a worthy opponent as part of his preparation to become the Sorcerer Supreme. To avoid the whole situation, he advises transferring him to the Mirror or the Shadow dimension. Moreover, he makes reference to the events of “Spider-Man: No Way Home” when he states that he won’t wipe out everyone’s memories. Jennifer advises him to simply show up at the court and present his case.

Dennis tells Pug how much he paid for the Light Elf. By posing as Dennis, The Light Elf tries to convince Pug to drop the investigation. However, Pug notices and forces the Light Elf away. As she leaves, she pretends to be Pug and attacks his reputation by telling his coworkers that he enjoys harassing women. Jennifer attends Emil’s hearing in front of the panel, where she is joined by his 7 soulmates. The outcome of the hearing, however, depends entirely on Wong’s testimony because one of the panelists is insistent that Blonsky be kept behind bars because he escaped from there. 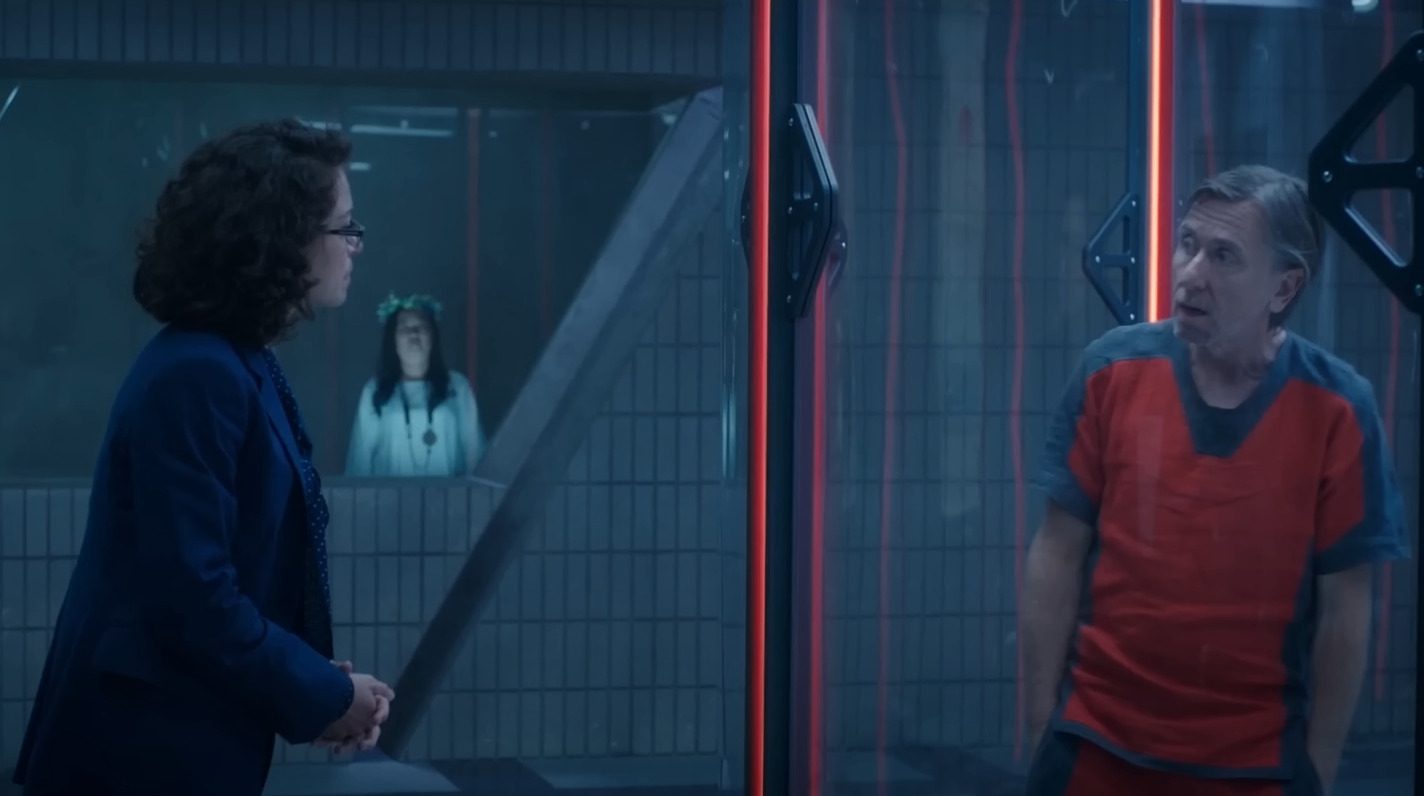 Blonsky opens the hearing by saying how sorry he feels and that he wants to return to society and live on property paid for by his soulmates because Wong is obviously busy somewhere else. The prison staff supports Blonsky and gives him credit for starting the facility’s literacy program, leading yoga and meditation classes for the inmates, and rescuing a CO from an unhappy marriage. Wong finally arrives and begins to explain what a “kumite” is. Before returning to Blonsky’s hearing, we briefly switch to Dennis’ case, which he appears to win.

Wong informs the panel that Blonsky chose to return back to jail even after he did offer him asylum at the Kamar-Taj. Blonsky shows to the panel his ability to morph into the Abomination and back again on the will to further prove that he is changed. This horrifies the panel, but Jennifer is convinced by it that he is a responsible human being rather than a crazed monster (with superpowers). Wong opens a portal and exits the room when the panel accuses him of helping in a prisoner’s escape.

Nikki and Jennifer go out for a drink. Pug joins them and when they explain that Dennis is usually deluded, he asks Jennifer whether she can say that under oath. Pug is obviously exhausted from dealing with his client. She immediately nods in agreement and goes on to characterize him as egotistical, prideful, and self-absorbed. This supports Pug’s argument that Dennis is a stupid man who actually thought he was dating the actual Megan Thee Stallion. The Light Elf then took advantage of that for her own gain and hurt his wealth. Dennis receives full compensation from the judge, and the Light Elf is given a 60-day prison term for pretending to be the judge. 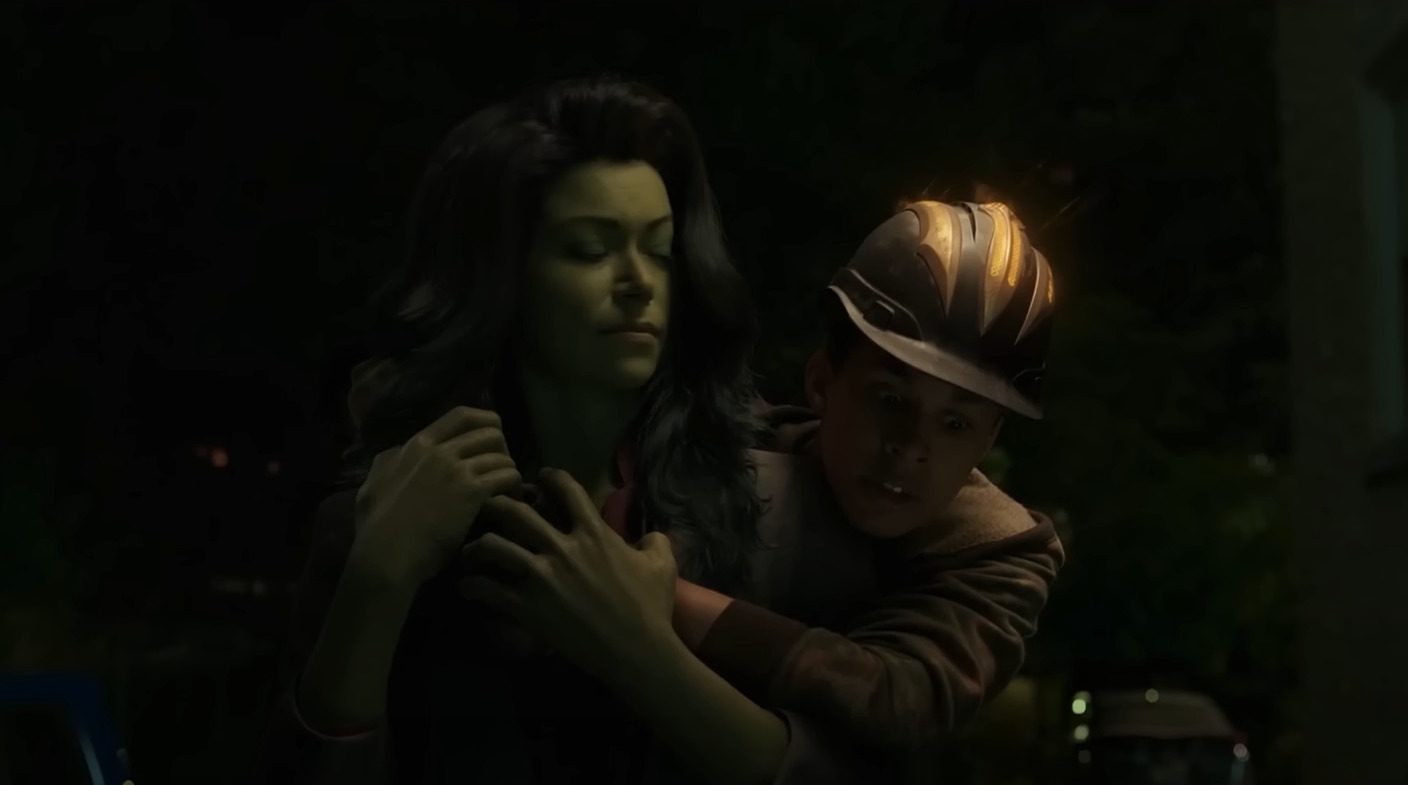 There can only be one Megan Thee Stallion, as she declares while seated in the courtroom. Blonsky is given parole with the requirements that he wear an inhibitor at all times and refrain from transforming into the Abomination. Jennifer is attacked by a group of thugs carrying Asgardian weapons as she returns from an interview with the local news station. Even attempts are made to inject her with a needle and take blood from her. But he fails because Jennifer’s skin is indestructible because she is the She-Hulk. In fact, that proves that someone has begun to plan an attack on her from outside. In the mid credits, Megan Thee Stallion appears as herself and dances with Jennifer as her client to “Body.”

MCU, ugh, what happened? Specifically, how did we get here? I’m not asking for a deep, dark tone or anything, but She-Hulk’s writing and production are so sloppy that it is unable to produce a tiny little bit of excitement. Although the writers have a good idea, they aren’t fully utilizing the clever idea. Despite the fact that Wong’s involvement makes this episode’s comedy slightly better, the rest of it is still incredibly poor. The sexist remarks about men continue, with many digs at Dennis and some pretty harsh jabs at us, the audience, for anticipating cameos and superheroes!

Regarding the shape-shifting Light Elf, it’s a shame that this is basically made fun of, with Dennis being able to win his case not because he was actually duped by a shape-shifter but because he’s insane and the worst man alive. This case also has the potential to be quite thought provoking. Do you recall the senator’s statement about the dangers posed by mutants and their abilities at the beginning of X-Men? What if this series included something similar? But instead, we get Jen Walters, a superhero who dislikes the Hulk and all males. 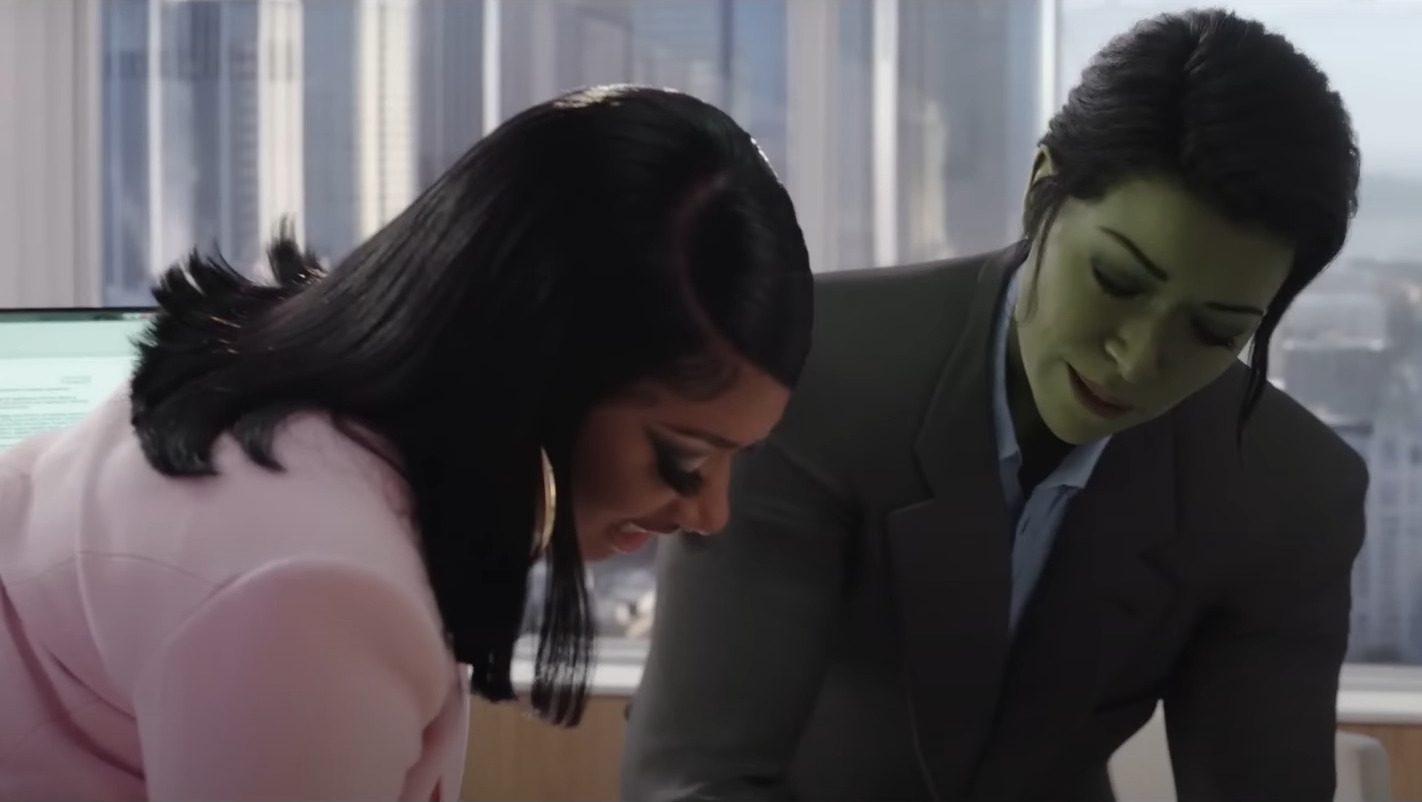 All this while concurrently objectifying Captain America, along with a screensaver of his behind, and obsessing over whether he’s a virgin. The irony in this situation is obvious, right? She-Hulk, unfortunately, has a terrible tone throughout. There isn’t much humor, and the legal situations aren’t given much attention either. There will be some who like this, but She-Hulk needs to step it up — and soon — as the current Marvel project nears its halfway mark.

Jen Walters, though, is the main issue with this show. She is so incredibly unlikeable. She is arrogant, victimized, and detests superheroes to the fullest. She is flawless, capable of handling any situation, and unstoppable. But in spite of her claims that she takes her work seriously, we see absurd moments like the twerking in the post-credits that run counter to this. I realize it’s meant to be hilarious, but considering that we already know how seriously and passionately Jen takes her work, isn’t this a clear violation of her own principles?