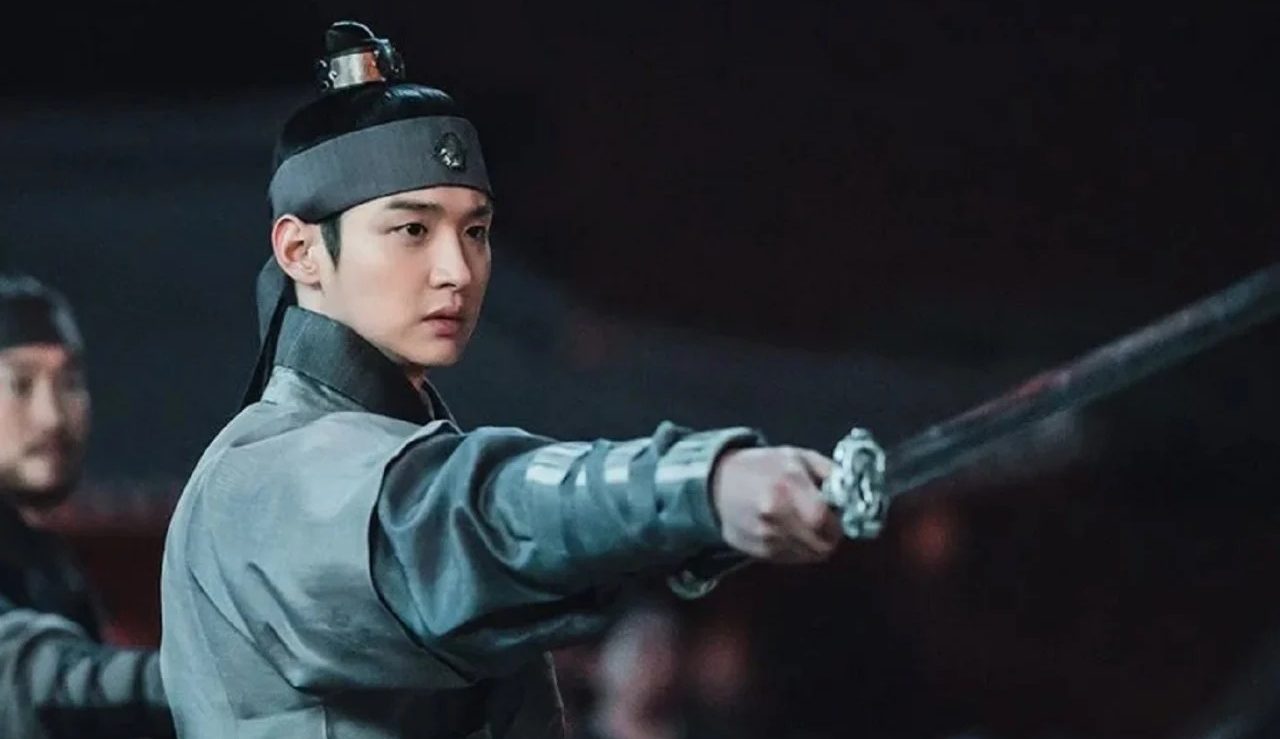 He is quite a proud man as he helps his father in establishing the Joseon dynasty. Lee Bang is also wrecked about the loss of lives during the setting of the foundation of the dynasty. He is having guilt for the lives of people he costs while the whole construction. The problem occurs when the evil spirit he sealed so long ago starts appearing and it comes over the whole Joseon territory. The spirit forces the king to battle with his nemesis once again.

Lee Bang Won (King Taejong) is the father of two disparate sons. The son names of the king are the crown prince who’s name is Yangnyeong and The Second Prince is name Chungnyung. The second prince was only interested in pursuing his academics base. They have suddenly faced crises due to the free evil spirit. The second prince Chungnyeong came into the wage war with the spirit to protect the people of their kingdom.

Crown Prince Yangnyeong has a very confident approach towards his rule. One thing that constantly nags him and makes him anxious is the fact that his father will never recognize his potential.  No matter how hard he works upon himself or the deed he has done he never measures up to his father’s expectations. On the other side king, Taejong has a deep desire of crowing the crown prince Yangnyeong.  He wants his older son to take over the throne and succeed in the rule. Yangnyeong was so much in more need of power and that turns out as greed he chooses to lock a contract with the evil spirit.

It is to be seen what is going to happen how Yangnyeong will be a major reason for the fall of the kingdom how will the evil spirit be destroyed.

The series Joseon Exorcist is going to star Jang Dong-Yoon as (Prince Chungnyung), Park Sung-hoon as (Prince Yangnyeong) and Kam Woo-sung as (King Taejong). These three are the main lead of the drama. The lead actors look promising and have been seen justifying the roles in the trailer. The series revolves around the kingdom of King Taejong. Also, it follows up the life of the sons of the king and how they handle the situation together to save the people of their kingdom.

The other supporting cast consists of Kim Dong-jun as Byeo Ri, Jung Hye-sung as Moo Hwa, Lee Yu-bi as Eo-RI, Keum Sae-rok as Hye-yoom, Byeo-RI’s co-worker, Min Jin-Woong as Ing-Choon, a rope walker who works with Byeo-RI and Hye-yoom, Seo Young-hee as Queen Wongyeong, Min Sung-Wook as Park Seo-bang, Moon Woo-jin as Grand Prince Kang-nyeong, Hong Woo-jin as Hong Seok-Joong, guardian of King Taejong, Han Kyu-won as Hong Min-JE, Oh Eui-sik as Ji Gyeom, Seo Dong-won as Marco, Jeon Seung-hun, Park Seo-Yeon as Chae Yi and Darcy Paquet. There is a special appearance of Park Hyuk-Kwon and Choi Moo-sung as (Mak-chi). Overall the cast looks great till now from what we have seen in the trailer. Overall the acting and performance can be judge only after the drama gets on the air. 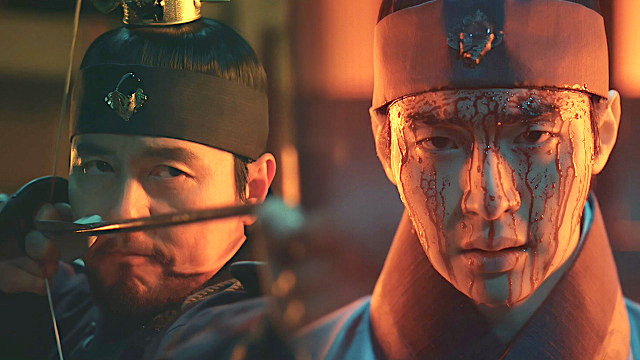 Joseon Exorcist is an upcoming South Korean series that is going to release in the year 2021. The drama is direct by Shin Kyung Soo and the screenplay is present by Park Kye Ok. The drama Joseon Exorcist is going to get released on 22 March 2021 and will get off air on 11 May 2021. This is one of the most awaited historic horror series of the year. The series is going to get premier on SBS TV. Also, it may be seen on different networks like Viu and Viki.

The chance of the series getting a release on Netflix is zero. Netflix is not going to premiere the drama on their network. You can binge-watch the drama on both the network without any problem. The drama revolves around the life of king Taejong who is the rule of the Joseon dynasty. The dynasty is taken over by the evil spirit and how his son saves the people of the dynasty from the evil spirit. Also how the crown prince will create a mess in the lives of his family and the kingdom. The availability of the drama will get clear once it releases on the original network.

In my opinion, the drama is going to perform average on the rating part. History and horror are not everyone’s cup of tea not everyone has a keen interest in history-related drama. The execution looks interesting and the expected plot too. This is something different when comes to the plot but typical when it comes to the horror part. There are a total of 16 episodes. Also, the series is neither too long nor too short. The duration of each episode is around 1 hour 10 minutes. Personally, the drama is looking interesting due to the plot and the evil spirit concept it can only judge after it gets a green signal and release on SBS TV. Overall the in-depth review will be shared once the drama gets a release. 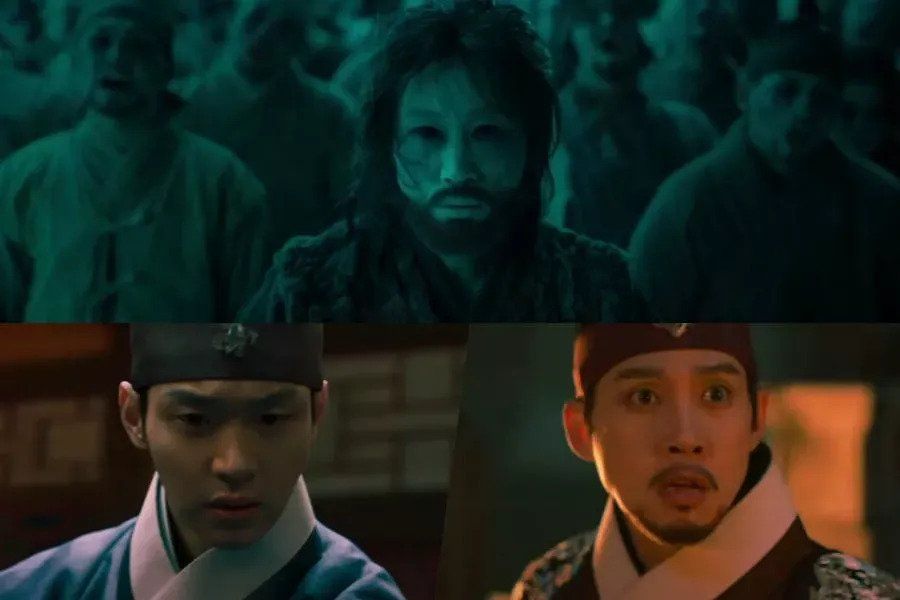 The plot of the series Joseon Exorcist revolves around the lives of the kingdom and its people. It seems to be moving around the life of Lee Bang Won. He is given the region of the north in the Joseon dynasty. He is been ruling over the place. Initially, he was patrolling, and then he became the prince. He is one of the people who took over the evil spirit and sealed it from harming the people of his kingdom. Lee Bang Won is the chosen ascendant of the throne. He chooses to be called king Taejon. The story will be seen from When Prince Lee Bang-Won of Joseon patrolled the northern region, he faced an evil spirit. The spirit wanted to dominate human beings and rule over them. Prince Lee Bang-Won was able to seal the spirit and took that away from the evil spirit.

After that, the ascendant Lee Bang-Won takes the title of King Taejong (Kam Woo-Sung). The king will be seen as quite cool-headed and calm. King Taejong is proud to be the part of the plan he helps his father. However, at some point, he is having the guilt of the death of the people during the foundation of the Joseon dynasty. Overall the plot will take a turn when the evil spirit which was somewhat sealed by the king establishes its foot in the land of Joseon. To save the people the kingdom the king has to fight against the spirit and destroy the evil this time.

This will be the basic plot with the addition of the two sons of king Taejon. The story will introduce the sons first one is the Crown Prince Yangnyeong (Park Sung-Hoon) and the other prince is Chungnyung (Jang Dong-Yoon).  Chungnyung (Jang Dong-Yoon) is only keen on academics he has zero interest in ruling and the kingdom. Due to this, he has to change the direction because of the sudden evil crises caused in Joseon.

He gets into a fight with the evil spirit to save the people of Joseon. The plot takes another turn when the crown prince Yangnyeong in a misunderstanding with his father’s behavior goes against the kingdom to win the crown and shakes hand with the evil spirit. Though king Taejong has a heartily desire of making Yangnyeong the next crown holder. Due to the misunderstanding and the greed of power take Yangnyeong making the wrong decision. Also, he will be seen causing much trouble to the people of Joseon over the crown.

In my opinion, the plot will turn into dirty politics and greed power. The crown prince Yangnyeong will be continuing taking the wrong decision which will affect the dynasty and the rule. Over that the younger brother will prove to be the savior and he will be working to save the people from the destruction of the evil spirit. Overall the drama will be interesting but boring at some point. The one who loves history and loves to read about it will have more keen interest.

The main attraction of the plot will be the horror thing. It will collect the view count more. Overall the series does look wholesome and full of conspiracies and deaths.

Read More– What To Expect From KDrama Navillera (2021)?