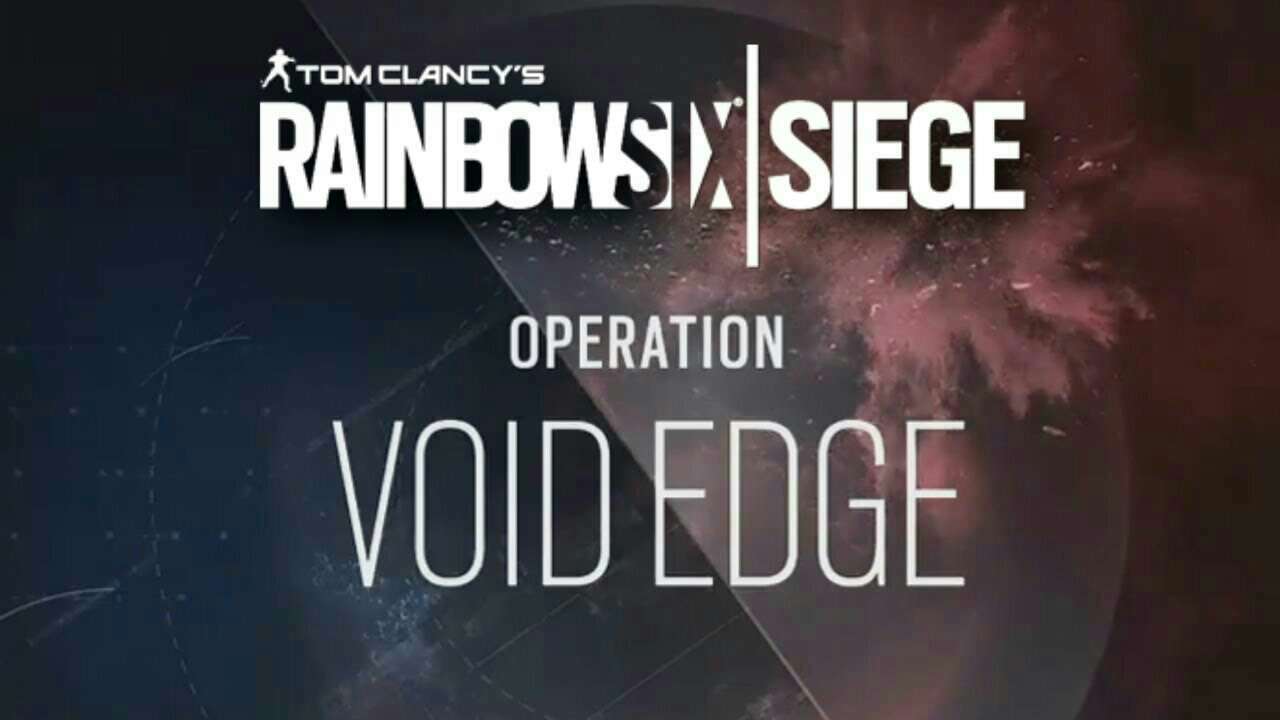 Rainbow Six Siege is a game that has been around for quite some time now, and it is one of the best tactical shooter games out there. Furthermore, it is in its fifth year of content, which quite amazing. It isn’t as popular as Call of Duty but has a huge fan base that is growing to this very day. This time Rainbow Six Siege Y5S1 update (titled “Void Edge”) continues to bring more content to the players. Like all the other updates, it is bringing two new operators to the game as well as a map rework.

The name of these two operators are Iana, and the second is Oryx. The devs have tried something new this time, which makes me very excited and update Void Edge. The map that will be receiving a makeover will be the Oregon map.

Rainbow Six Siege: Void Edge will be released on 9 March 2020.

IANA is from the Netherlands, and here full name is Nienke “Iana” Meijer. She has dreamt of exploring the cosmos from a young age. Her dream was to become a fighter pilot, but she didn’t achieve it. After that, she focused on systems engineering, which led her to develop topographical mapping software. Which gave her the ability to produce a decoy of herself. Because of this tech, she was bought into the Rainbow team. 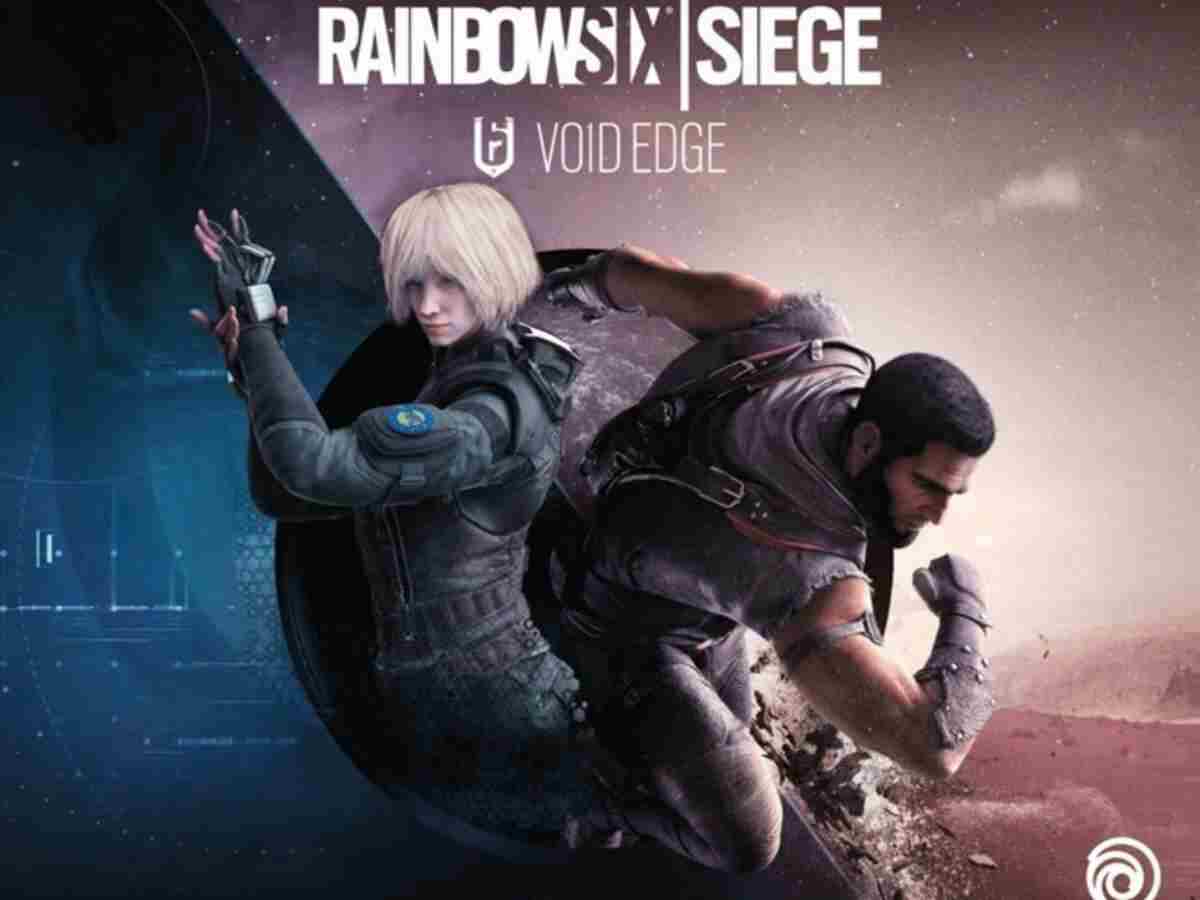 She is the new operator that will be joining the attacker side. Her strength lies in Intel gathering, and her gadget named the Gemini Replicator acts like a drone. Her gadget is similar to albeit, but it is much better in terms of use. Her holograms are almost perfect, which makes her more deadly in combat, and it makes her clone an excellent decoy to trick the opponents. She can do very well as the fraggers as she can know where her opponents are in a room without much sacrifice.

There are a few ways the opponent can counter her like it cameras can see the hologram, but they cannot ping it, which makes it easily identifiable. Other operators’ gadgets can counter her as well, like Maestro’s Evil Eye, Mute’s jammers, and any electrical damage. Furthermore, Vigil is probably the best against her as he can’t be seen by the holograms when his ability is active. IANA possesses an ARX200 or G36C as primary and MK1 9mm as a sidearm. She can use frag grenades or smoke grenades to aid in the attack. Both her speed and armor are at two.

Saif “Oryx” Al Hadid has lived a mysterious life, but once he had a fairly good childhood. Until he disappeared from international records for 15 years. After some time, he pops back up in Jordan, but only for a short period of time. After traveling around the world, he learned some useful skills, and he finds his way to Kaid’s Fortress. He first began as a recruit, and now he is the unofficial second-in-command to Kaid’s troops. Even though he possesses physical and anger-inducing abilities, but he is described as raw, composed, and meditative.

This Jordanian Operator is Rainbow Six Siege’s newest defender. But there is a substantial big difference between Oryx and the rest of the Operators, which is that he doesn’t have any gadgets. Instead, he has an ability called the Remah Dash, which allows him to run faster than every character in the game. Furthermore, while doing so, he can knock over shielded Operators such as Montagne. This allows him to run through soft walls and barricades too, but there is a downside to it, which is that he takes ten damage every time he successfully smashes through an obstacle.

The dash does run on charges so that players can use them rapidly. But if players run into an obstacle during the dash, it will deplete all charges. There are few operators that can counter him like Gridlock’s traps and Nomad’s Airjab. There is another ability of his which is paired with his high mobility. He can jump up hatches once they’ve been destroyed. You can either commit and jump straight up the hatch to the floor above, or get a quick peek to gather intel.

Oryx is equipped with a SPAS-12 shotgun or MP5 as his primary, and as for his sidearm, he has a Bailiff or USP 40. He can also equip either barbwire or bulletproof camera to aid in the defense. Lastly, both of his speed and armor are at two.

Oregon Map wi be going through some rework. This includes visual rehaul is implemented, making it easier to identify and make callouts for any given position. There aren’t that many significant changes to the map when compared to other map rework. Some of them are as follows.

The Y5S1 patch will be deployed to the Test Server today, 17th February.

• The Kitchen Corridor which connects the Kitchen to the Big Tower. There is a new area in the basement called Freezer, which goes to the first floor with the Freezer Stairs.
• The ladder in Meeting Hall that led to the Attic has been removed. Instead, a doorway between Attic and Dorm Main Hall has now been added.
• There now is a connection between Dining Hall and Small Tower, as the door between Kitchen and Bathroom Corridor (now called Security Corridor) has been removed.