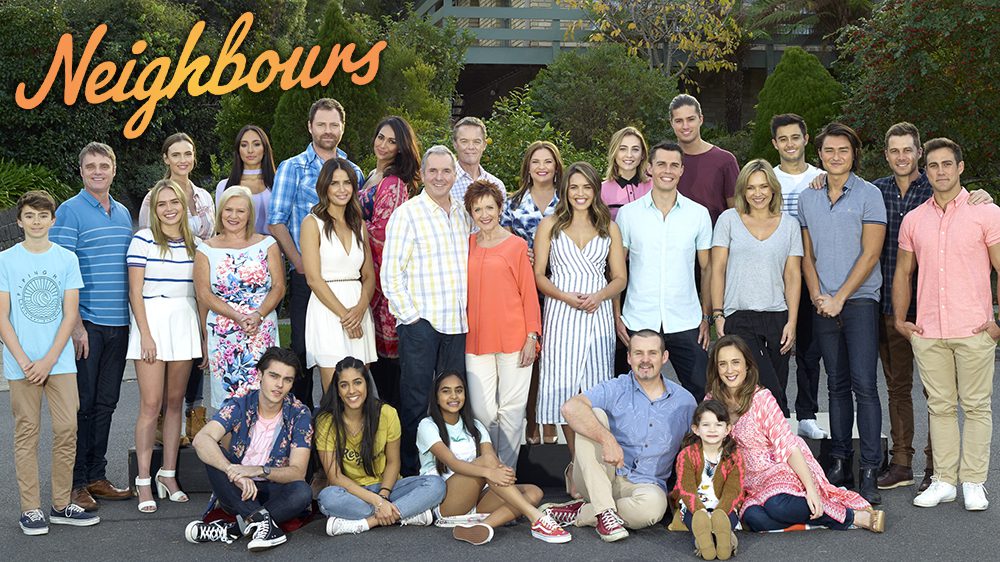 Neighbors, which is currently entering its 17th season, is Australia’s longest-running drama series. It centers on the lives and drama of the people who live on Ramsay Street, a peaceful cul-de-sac in the hypothetical Melbourne suburb of Erinsborough. The Ramsays, Robinsons, and Clarkes were initially the center of the show, but in the late 1980s, Scott Robinson and Charlene Mitchell’s courtship, which won the hearts of millions of fans, led to their marriage, and the show eventually went global.

In addition to these legends, other well-known figures from the era included Mrs. Mangel, the street’s resident loudmouth, widower Jim Robinson, his ruthless entrepreneur son Paul, and uptight Harold Bishop, who later got engaged to the no-nonsense Madge Ramsay, granddaughter of Jack Ramsay, after whom the street was named.

Hundreds of characters have appeared and disappeared over the years, and as the original families departed, new ones took their place, including the Starks, Willises, and Martins, and then the Scullys, Kennedys, and Hancocks. The elegant grandmother who was always available to provide the residents with advice and encouragement over a cup of herbal tea for many years, Helen Daniels, served as the show’s matriarch. She passed away in 1997 after twelve years on the show. While these might be some of the true legends of the show’s long history, there are quite fascinating cast members in the current season as well, let’s discuss all of them one by one.

Here is all the current Neighbours Cast:

In 2015, Aaron joined Ramsay Street as the brother of Tyler and Mark Brennan, two previously well-known characters. His persistence on the Street has been shown by his continued presence after Mark and Tyler left. Chloe, Aaron’s sister, continues to appear on the show. Aaron’s marriage to David Tanaka in 2018—the first same-sex union in an Australian drama—was depicted in ground-breaking sequences. The couple’s baby is presently being carried by Nicolette Stone. Additionally, Aaron is well-known and adored by viewers for having a diverse range of jobs, including social media manager, exotic dancer, personal trainer, and more! 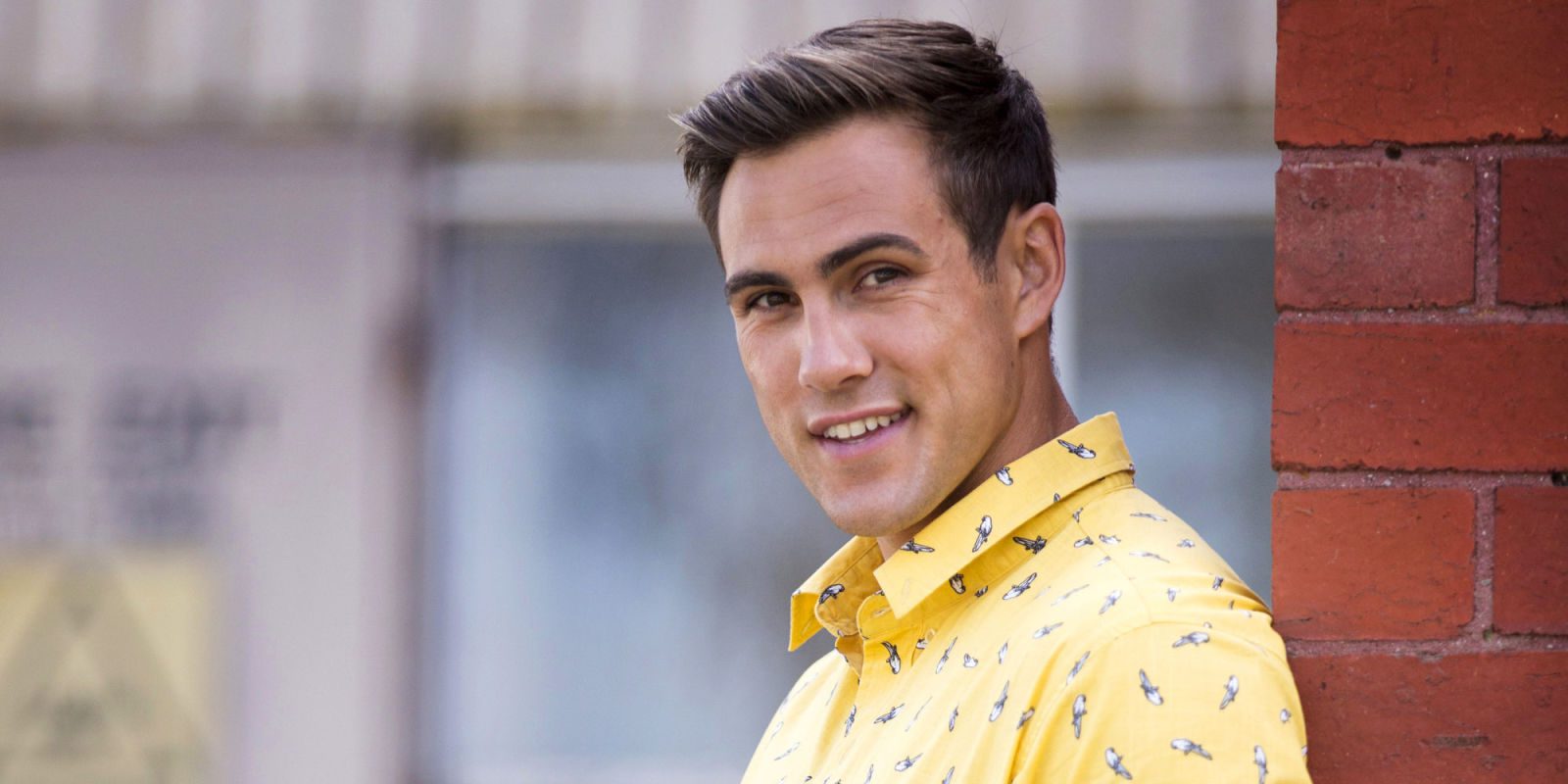 Melanie, the show’s zany secretary, is another fan favorite from its prime. Between 1987 to 1991, she was a regular in Erinsborough, and in 2005, she made a guest appearance in the 20th-anniversary episode. Melanie has been a frequent guest on the show since 2021, visiting with old Erinsborough colleagues and making some new ones as well. 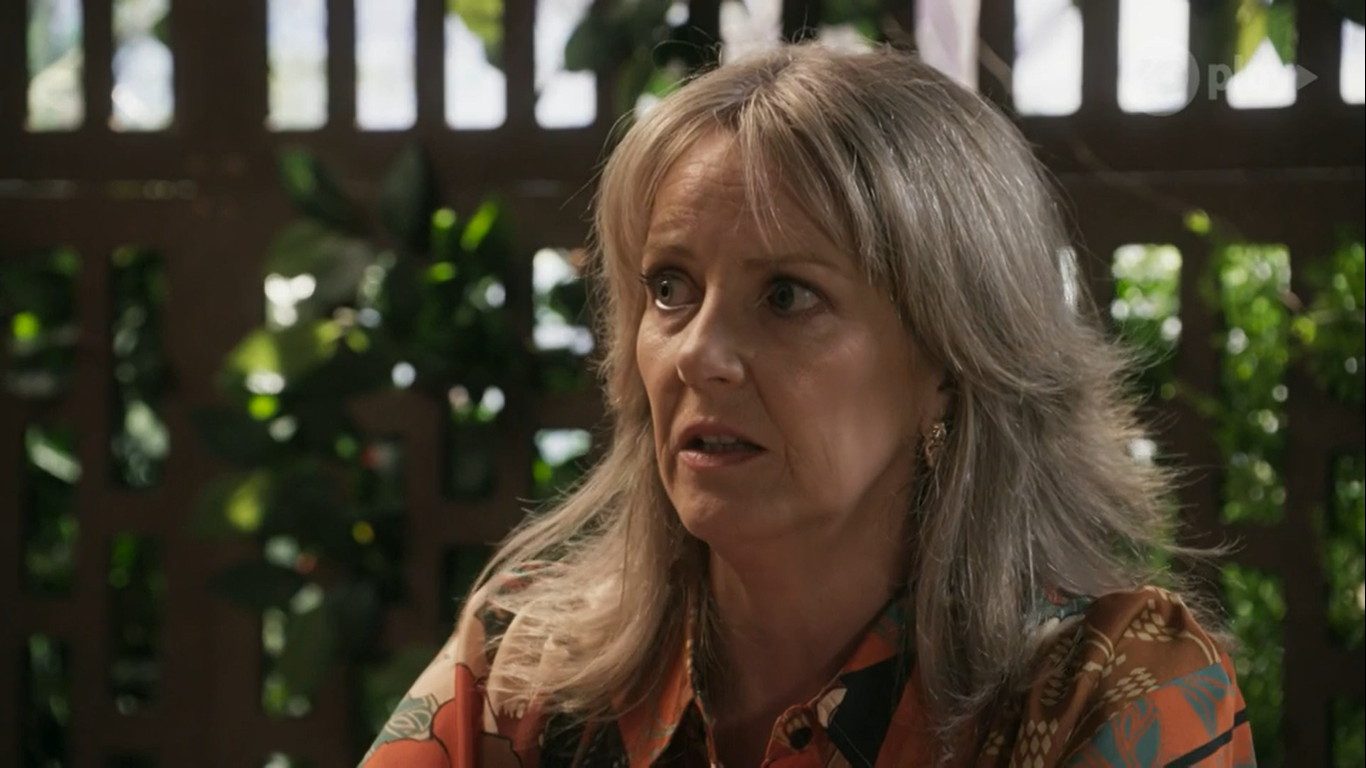 In 1994 and 1995, Greg O’Meara played the role of Shane. In order to grow the Rebecchi clan by trying to bring back Toadie’s brother and reintroducing his family, Neighbours hired Nicholas Coghlan to play the character in 2017. An aspiring inventor, Shane works as a waiter at The Waterhole. His other close family members in the program are Toadie, his ex-wife Dipi, and their young daughter Yashvi.

Since 1994, Alan has played Karl Kennedy, a favorite of the audience. One of the most well-liked characters on Neighbours, the doctor has appeared in several of the series’ most significant storylines, including Karl’s notorious kiss with Sarah Beaumont and his problematic relationship with Izzy Hoyland. Despite his numerous mistakes over the years, Karl, an employee at the Erinsborough Hospital, is nonetheless happily married to Susan. 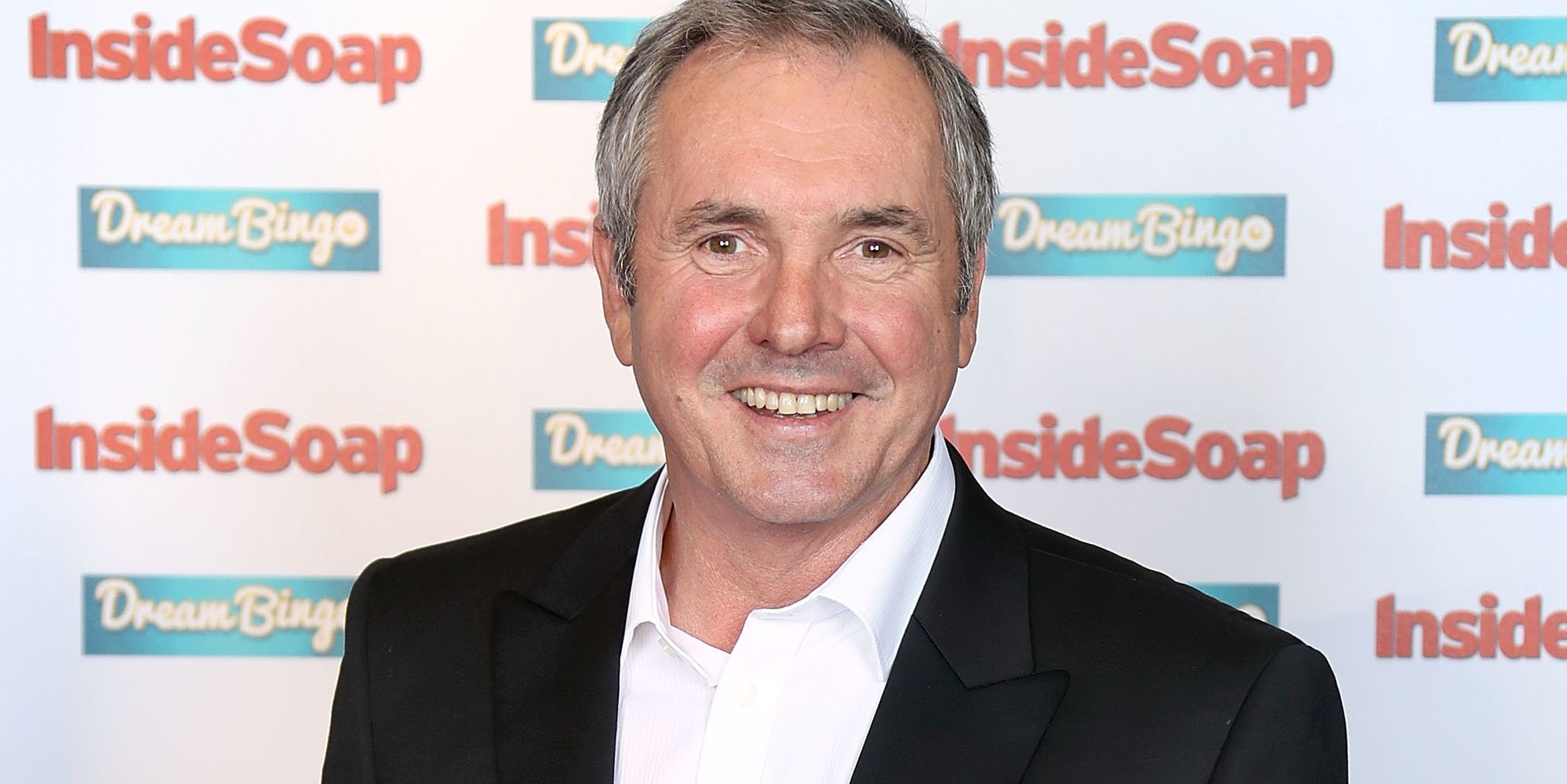 Since the premiere episode of Neighbours in 1985, Stefan has been the only original cast member still alive. He has been playing the bad kid Paul Robinson. Stefan’s initial career on the Ramsay Street soap opera lasted until 1992, but he later made another appearance as a guest and then as a regular, starting with the 2004 season finale. Terese Willis is presently married to ruthless businessman Paul. His grandson Harlow Robinson and son David Tanaka are some of his other closest family members in the current cast. 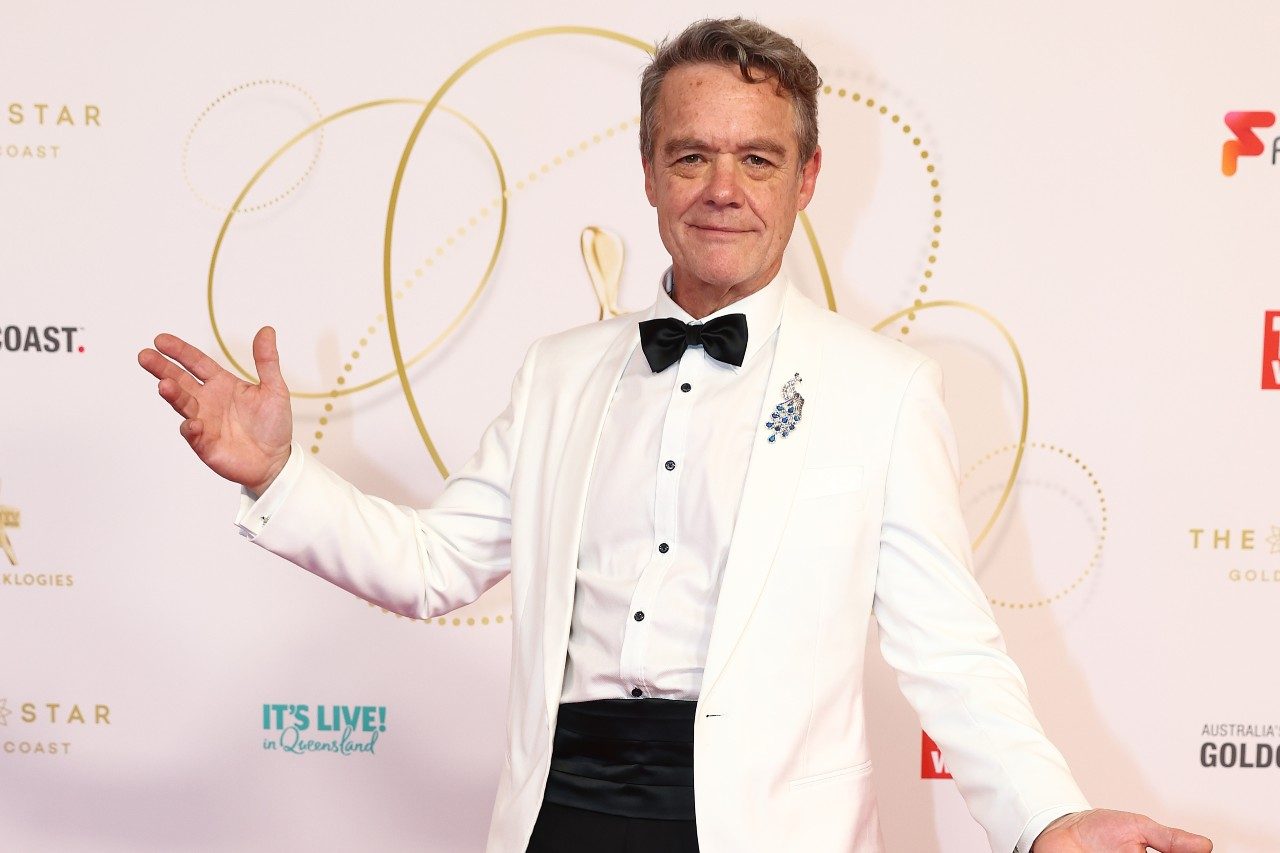 In 1986 and 1987, Clive was a regular on Neighbours, and he later made a cameo appearance in 1989. Geoff was a doctor in the 1980s, but he is best known for founding his own “gorillagram” agency. Clive unexpectedly made a comeback to the show in 2017 in the role of Chief Management Officer of the Erinsborough Hospital. He is still a frequent visitor and is seeing Jane Harris right now. 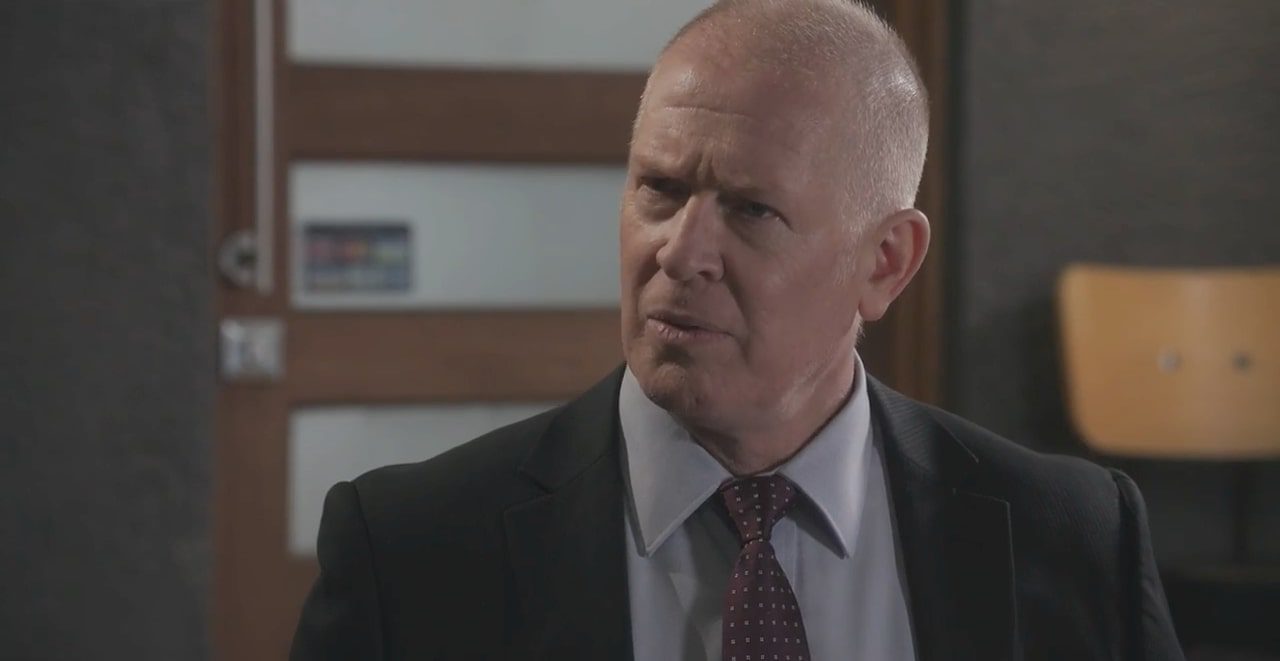 When Jane first appeared on Neighbours between 1986 and 1989, she was one of the most well-known characters since she frequently appeared in storylines with Scott and Charlene. The student’s classmates called her “Plain Jane Superbrain” because of her geeky look and quiet personality. In 2005, 2018, and 2020, Jane made cameos. She was once more promoted to a series regular later in 2020. 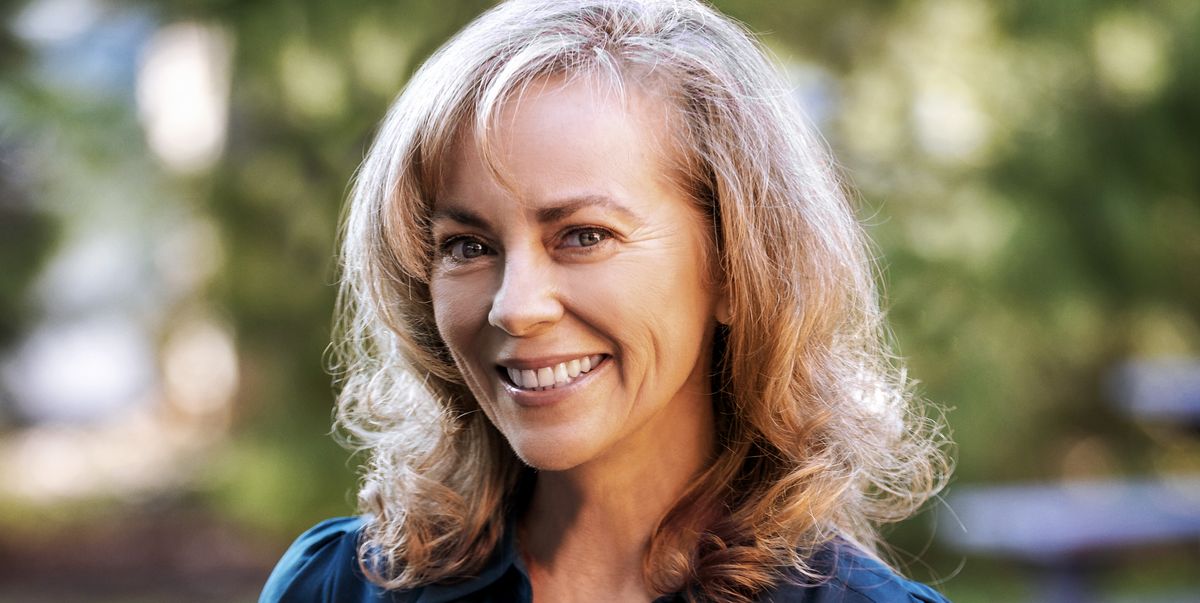 In 1994, Susan joined Ramsay Street as well, and she continues to enjoy enormous popularity among viewers. Her most notable moments were the slap she gave Karl when she found out he had kissed Sarah, the amnesia she experienced after falling on some milk, the fight she had with Izzy Hoyland, and the pushing of Finn Kelly down a cliff. Despite leading such a full life, Susan has remained a pillar of the neighborhood and is currently the principal of Erinsborough High. 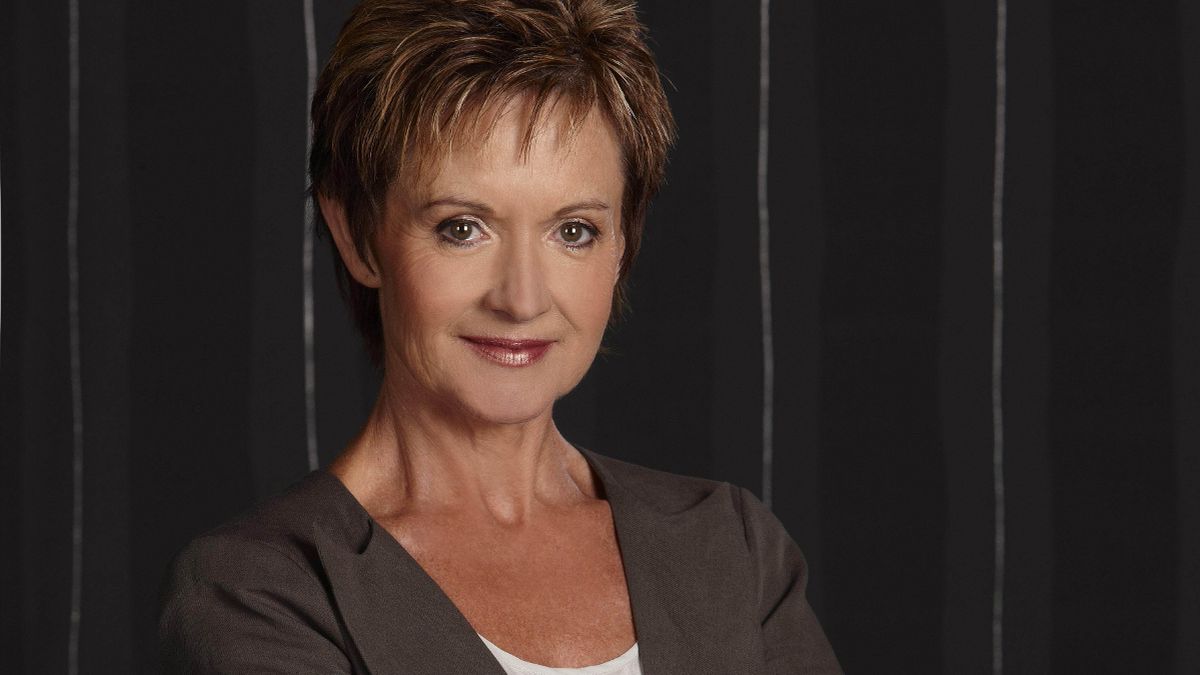 Toadie made his debut in 1995 as a member of the Rebecchi family, which was already well-established. Although he was only supposed to be a passing visitor, he was promoted to a recurring role and eventually became a show regular. Toadie, who tragically lost his wife Sonya to illness in 2019, resides on Ramsay Street with his little daughter Nell. He makes a livelihood as the neighborhood attorney, but his track record of clearing his neighbors when they are charged with horrific crimes is, to put it gently, mixed. 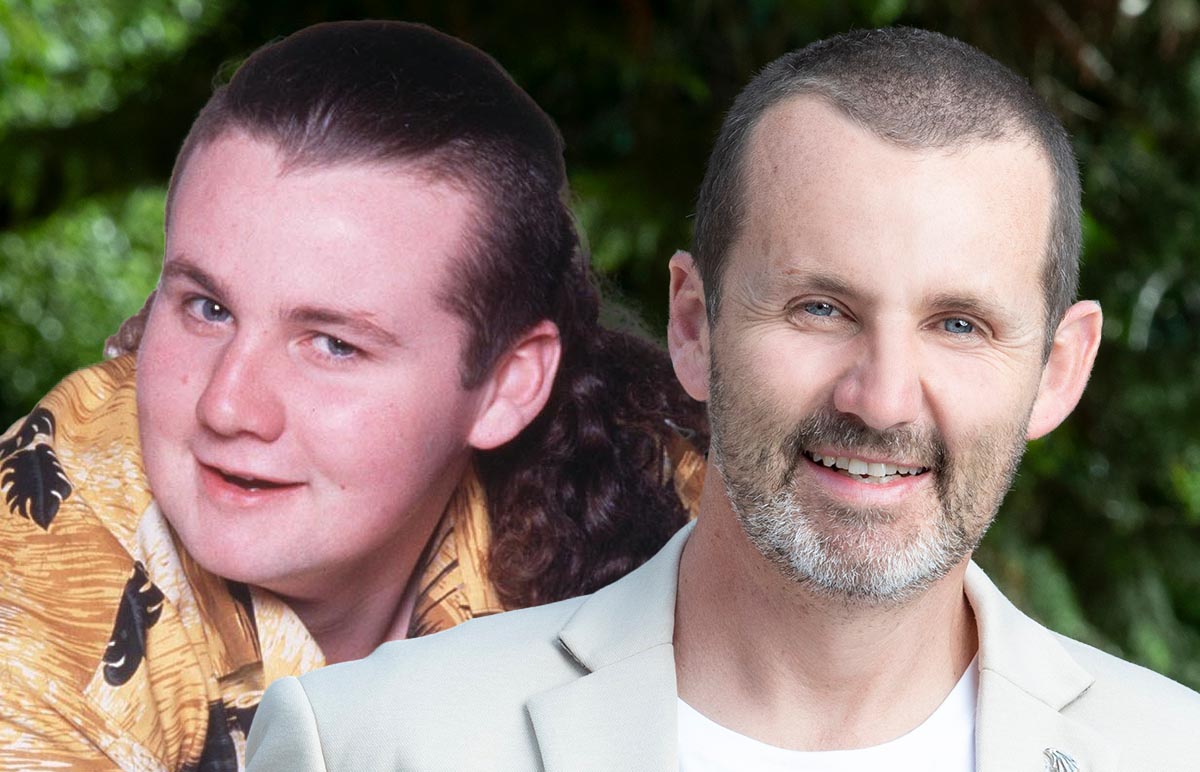 In 2012, neighbors made the decision to add Kyle’s nosy grandmother Sheila to the Canning family. She was initially introduced as a guest, but soon after, she was made a show regular. Kyle and Levi are the grandchildren of Sheila, who works at The Waterhole and spends a lot of time interfering in their lives. She is presently unmarried following her breakup with Clive Gibbons. 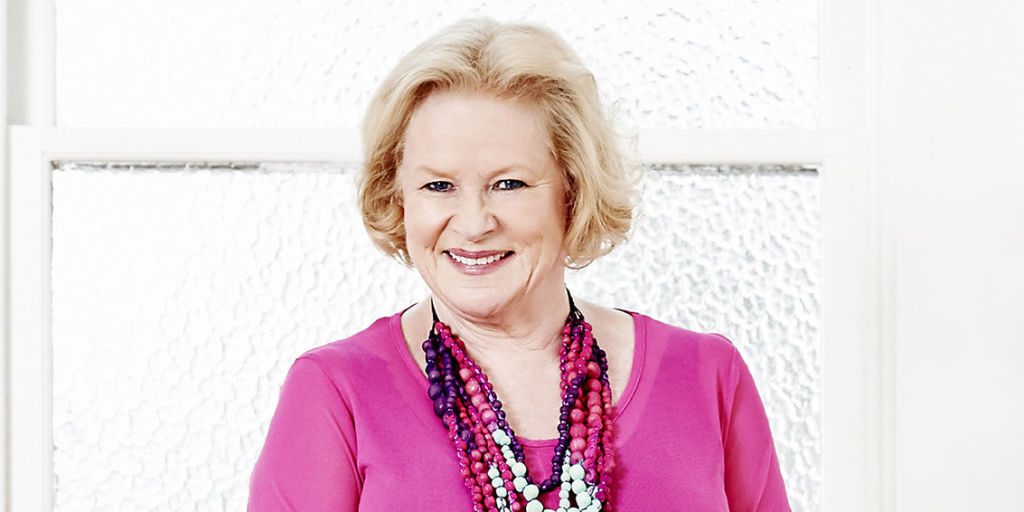 The Willis family, centered around Brad Willis, a name from Ramsay Street’s past, was first featured in Neighbours in 2013. Brad and Terese, along with their kids Josh and Imogen, relocated to the Street. After the other three quit the show, Terese is the sole survivor of the original group. She is now co-owner of the Lassiters Restaurant and married to Paul Robinson. She runs her business with a tough but fair hand. 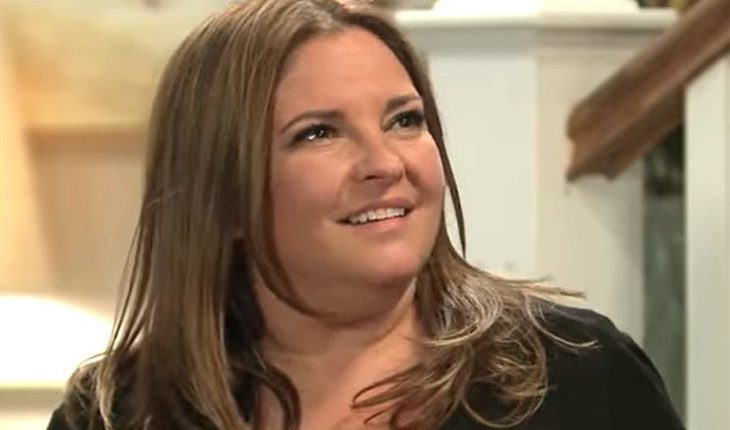 Bonnie Anderson, the winner of Australia’s Got Talent, debuted on Neighbours in 2018 as Bea, Elly Conway’s sister and Susan Kennedy’s niece. Most of the dramatic plotlines involving her featured her hopeless romance with the evil character Finn Kelly, who was then killed in 2020. She is currently seeing Levi Canning. Bea frequently sang on the show when she was there, paying homage to Bonnie’s real-life musical abilities. Bonnie is now singing the Neighbours theme song. 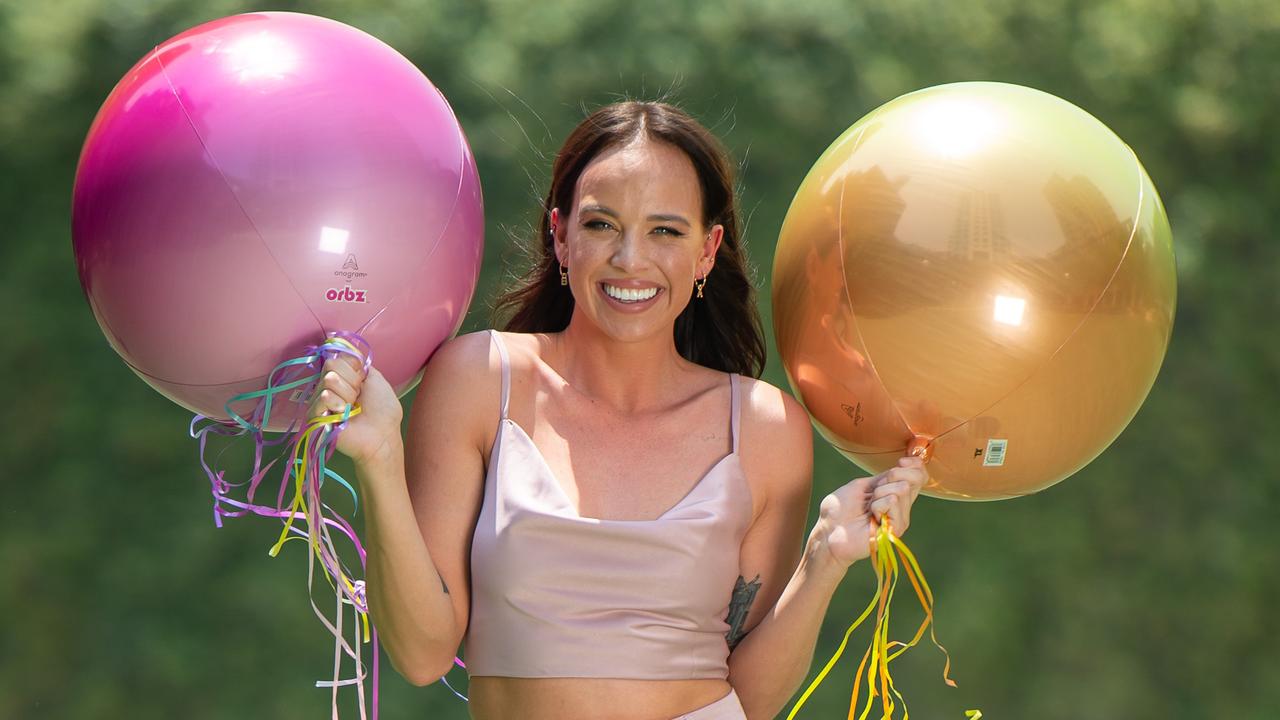 Harlow is Paul Robinson’s granddaughter and the off-the-books Robert Robinson’s daughter. She arrived in 2019 after running into her family, who were also unintentionally paying a visit to Robert at the jail at the same time as her. Harlow, who graduated from Erinsborough High School, wants to pursue her education at the university. 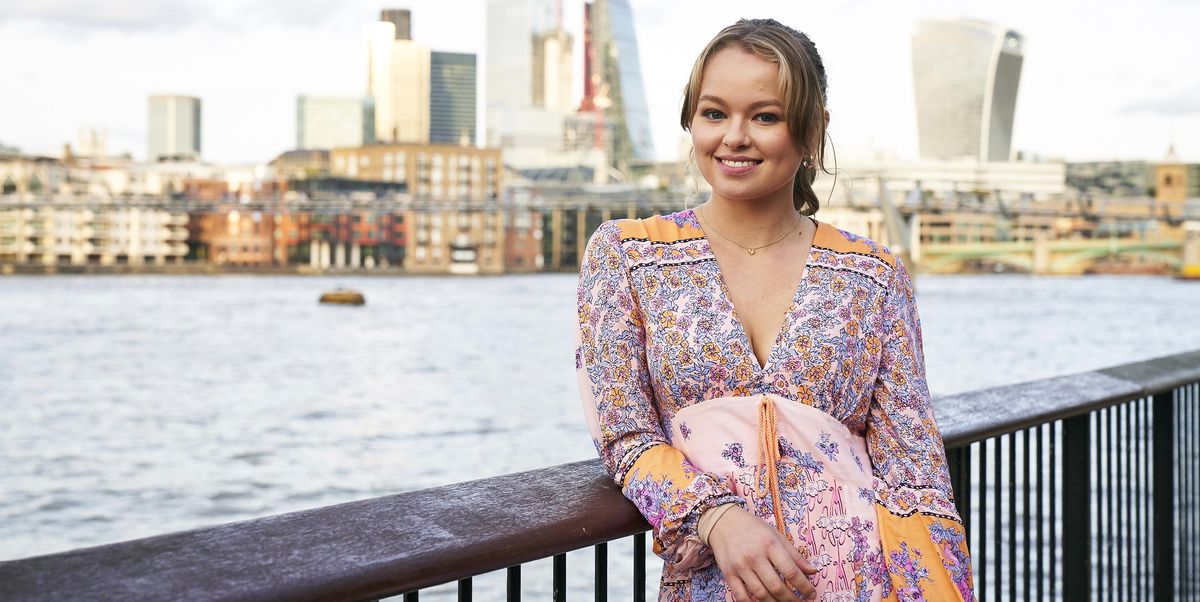 Mackenzie began attending Erinsborough High in 2019 and developed a special bond with the Rebecchi family after asking for Shane’s assistance in helping her find her father. In 2020, Mackenzie started to live with the Rebecchis at Number 30 when she started appearing regularly on Neighbours. Since graduating from high school, Mackenzie has decided to pursue her education at the university. Being the first trans character to debut on Neighbours, Mackenzie’s introduction marked an important milestone for the show. 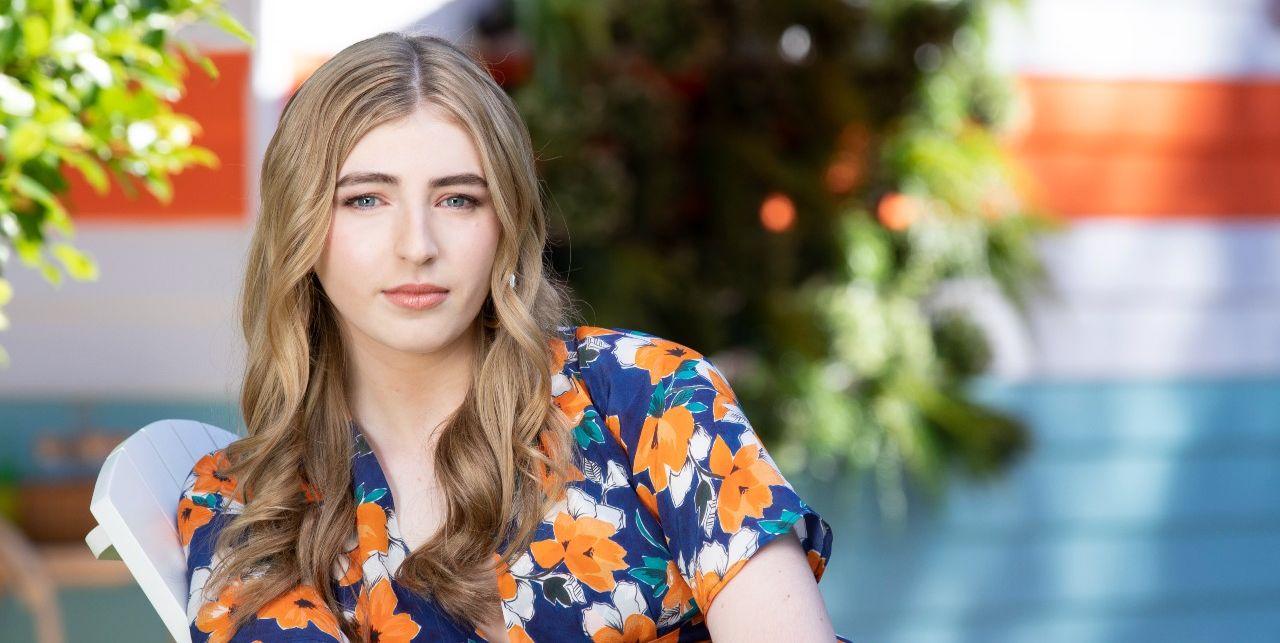 Late in 2019, Hendrix was introduced in Neighbours as Pierce Greyson’s spoiled son. On the Street, his terrible behavior frequently caused controversy; nevertheless, as he got to know the residents, particularly Harlow Robinson, he began to change. When Pierce left Erinsborough in 2020, the student made the decision to stay. He is currently staying with the Kennedy family and retaking his senior year of high school due to failing his exam. 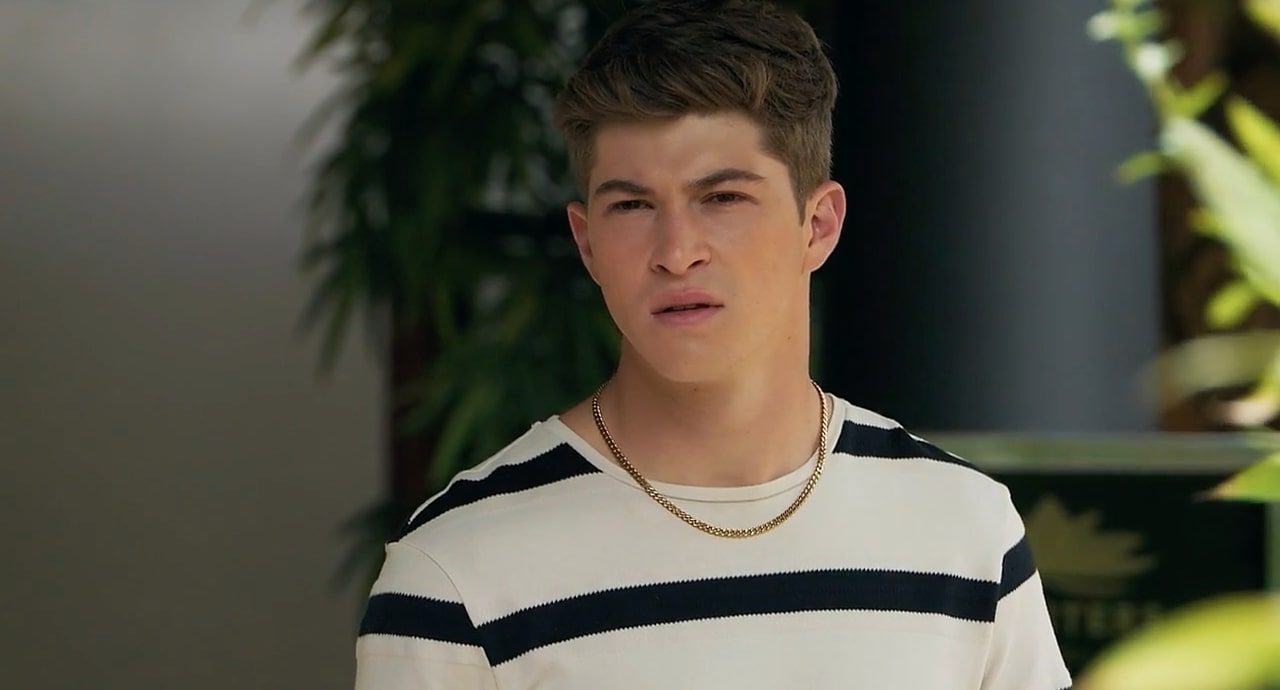 The newest regular on Neighbours, Nicolette, began her role in July 2020. She is the daughter of longtime favorite Jane Harris, despite the fact that their relationship hasn’t always been warm. Nicolette is currently living with David Tanaka and Aaron Brennan and works as a nurse at the neighborhood hospital. She is now carrying a child for the couple and intends to take an active role in raising the child. Future episodes will explore Nicolette’s deep affections for Chloe, Aaron’s sister.

Early in 2021, Curtis began working as a teacher at Erinsborough High. Hendrix was having difficulties as a result of returning to Erinsborough High School to repeat his senior year, so Susan asked Curtis for assistance in keeping an eye on him. Nathan is the first cochlear implanted actor to really appear on Australian television. 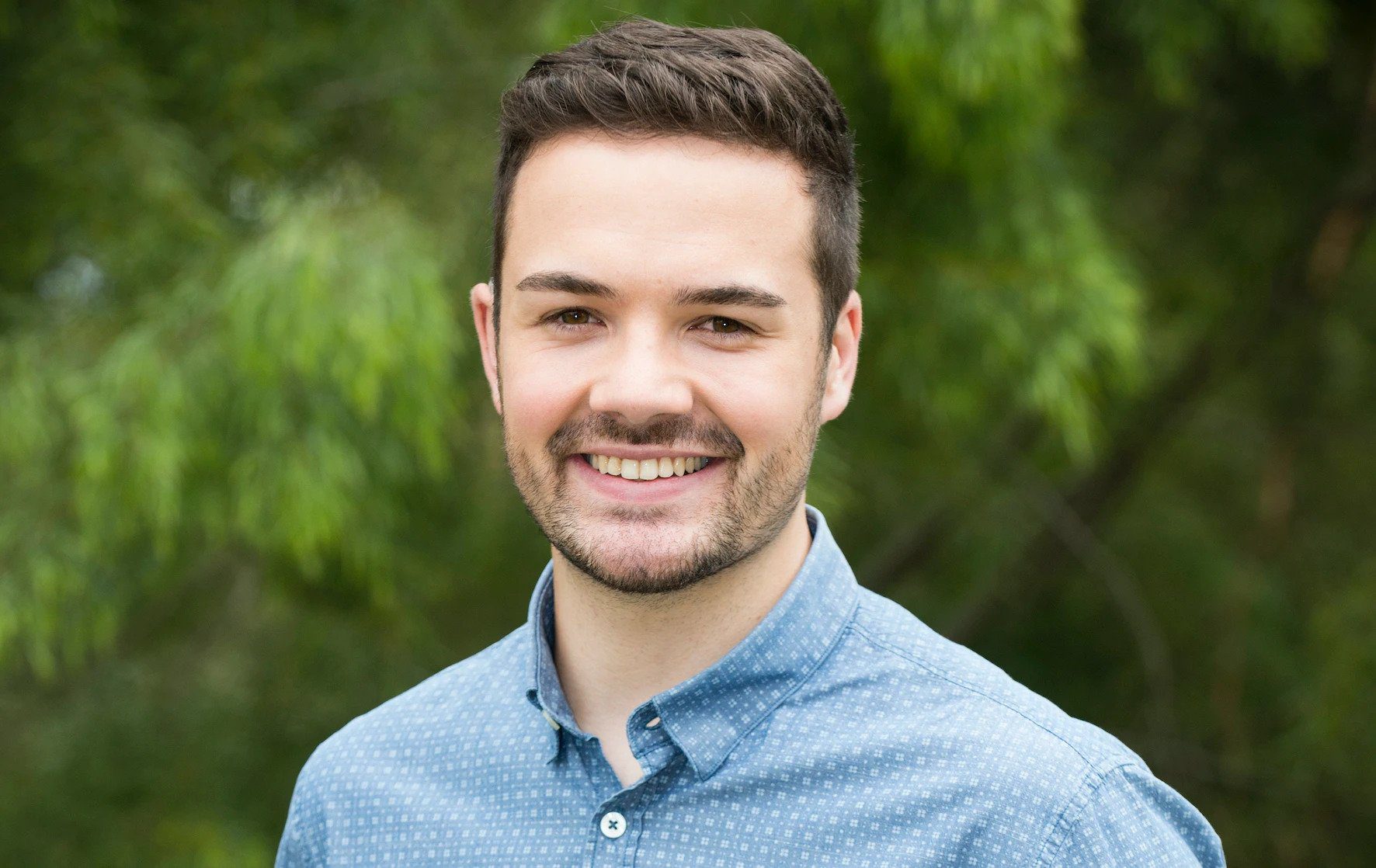 In 2020, Emmett moved to Ramsay Street after becoming David and Aaron’s first foster kid. When Emmett’s aunt was available to take care of him a few months later, this arrangement finally ended. After his brother Brent made a comeback in 2021, Emmett made further appearances.