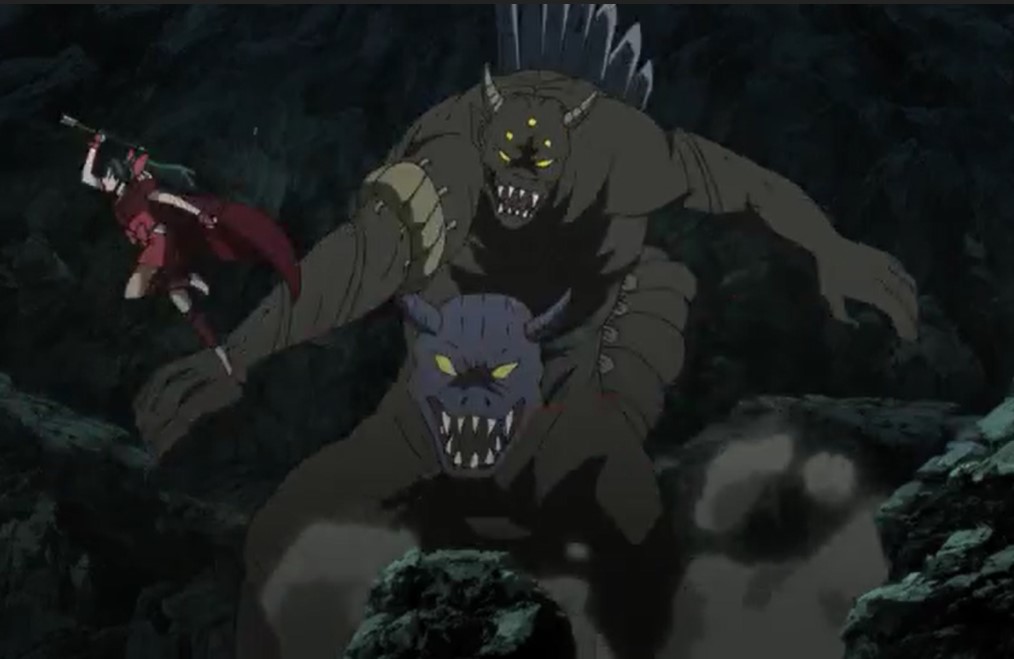 The trio encounters the enemy in the mountains, and Moroha comments that she thinks she will tell a story. Moroha said this happened three years ago, and she was a kid who knows nothing. Three years ago, Moroha and her Master Wolf Demon Yawaragi entered a cave. Yawaraigi told Moroha that deep within this cave, the crucible of Kodoku would soon fulfill its vow. Moroha asks what that is.

Wolf Demon reveals that it is a spell of Fuko used in Onmyodo. Inside the cave, there are hundreds of demons fighting against each other. The demon that conquered the cave will be known as Kodoku. The strongest demon and Morhoa ask if she is supposed to enter the cave. Wolf Demon told her that she has to go in and battle all the demons, but she must survive.

Yashahime: Princess Half-Demon Episode 17 will be released on Saturday, 30 January 2020, at 5:30 PM JST. Keep in mind that the new episode of this Anime will be released every Saturday. Watch out for them when you continue. You can watch this Anime officially on Crunchyroll, Funimation, and Netflix. Let us move to the recap of this Anime and preview below. 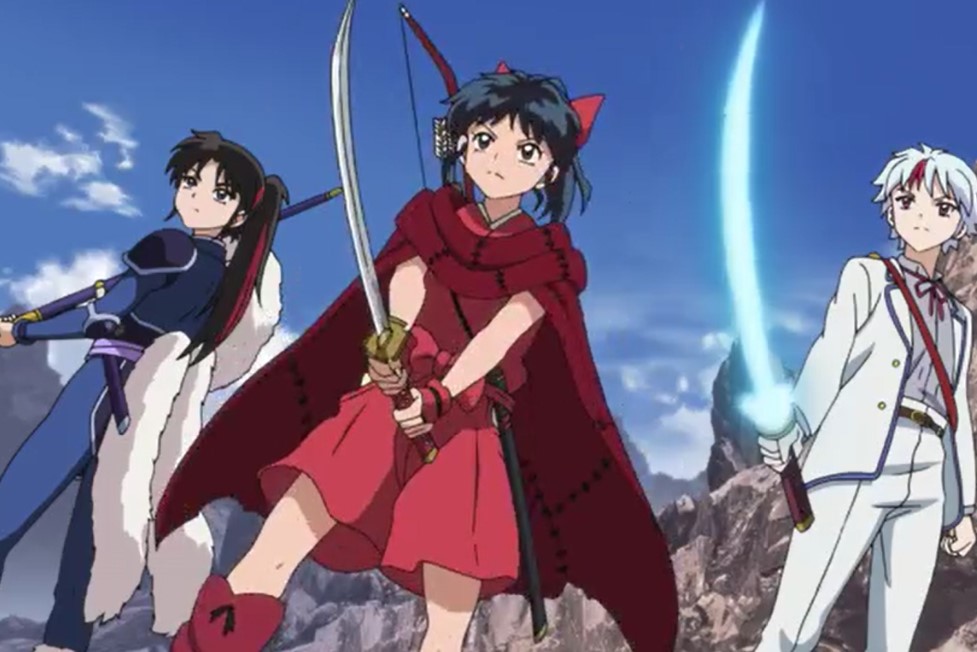 Wolf Demon comments that if she becomes victorious, it will be her symbol of completing her training. She offers Moroha Kurikaramaru an offer that she can’t refuse, and Moroha was glad to hear that. Wolf Demon reveals that it has been three years since she was entrusted with Moroha. The Chief of the Wolf Demon Tribe has left Moroha on her hands. Entering the cave and becoming victorious will be the last lesson and final part of Moroha.

Moroha accepted the challenge and heads deep inside the cave, and encounters a two-headed demon. She reached her limit and wanted to use rogue, but she realizes that Wol Demon has told her not to. She recalls when she complains that she is still a kid and the Wolf Demon told her that she could win by just using her creative imagination. Moroha decided not to use rogue. The two-headed demon comments that Moroha is the last one and he will be the one to leave the cave.

The demon started rampaging, destroying everything, but Moroha is managing to keep up. Moroha comments that they can work things out and work together and get out of the cave. The demon comments that it is a joke; no demon does that; they fight their way out. The demon sniffed and said he smells human blood from Moroha and started to wonder what kind of demon she is. Moroha laughs and reveals that she is a quarter-demon.

The two-headed demon comments that it is not normal for a quarter demon to be fine with such demon energy. Moroha reveals that she is fine because she has a spiritual power that purifies demon energy. The demon said she is blabbering and why she is mixing an impurity like that into the crucible. Moroha replies that the time for talking is finished, and it is time for action. She attacks the demon with Blades of Blood. 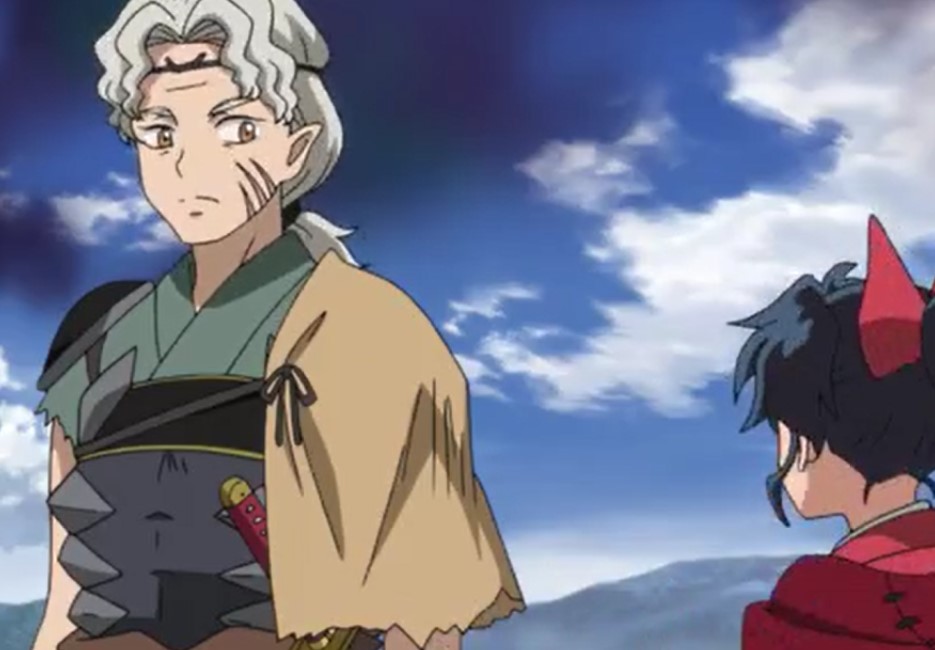 When the demon is still confused, she jumps up and fires an arrow that took off the demon’s left eye. The demon explodes, and she comments that why she told it to work with her. Moroha has conquered the cave and heads back to her master Wolf Demon-Yawaragi. She couldn’t find her, and at the other side, Yawaragi told Juygbei that she threw Moroha into the crucible of Kodoku. Juybei asks whys, and she replies that Moroha has a fifty-fifty chance of surviving.

Juybei asks if Moroha’s rogue is sealed what her chance of winning is. He then concludes that maybe Moroha might have twenty or ten percent. Juybei also said it would be good training for Moroha, and Yawaragi comments that Moroha is a quarter-demon born between a half-demon and a human. Yawargi said if Morohara were a complete demon, she would not face any problem. Yawaragi also reveals the true form of Moroha.

And the meaning of her name is a double-edged sword, and the more she transforms, the more her heart will disappear. That is when she will turn into a monster that can only fight. Juybei realizes that is why Yawaragi used the rogue to seal away Moroha’s great demon blood. Yawaragi replies that Lady Kagome, Moroha’s mother did the seal. But she taught her how to dispel the seal by transforming herself into Beniyasha.

Later Moroha arrives, and she wants her promised Kurikarama but Juybei buys Moroha. Juybei said he would pay all the debts that Moroha has, and Yawaragi gave her the Kurikamaru. Juybei told Moroha that she would work for him and return the debt through bounty hunting. Back to the present, the trio met with Yawaragi, and Konto shows up and kills Yawaragi for revealing his plans. Moroha mourns for her master’s death. Konto escaped, and the trio burry Yawaragi.