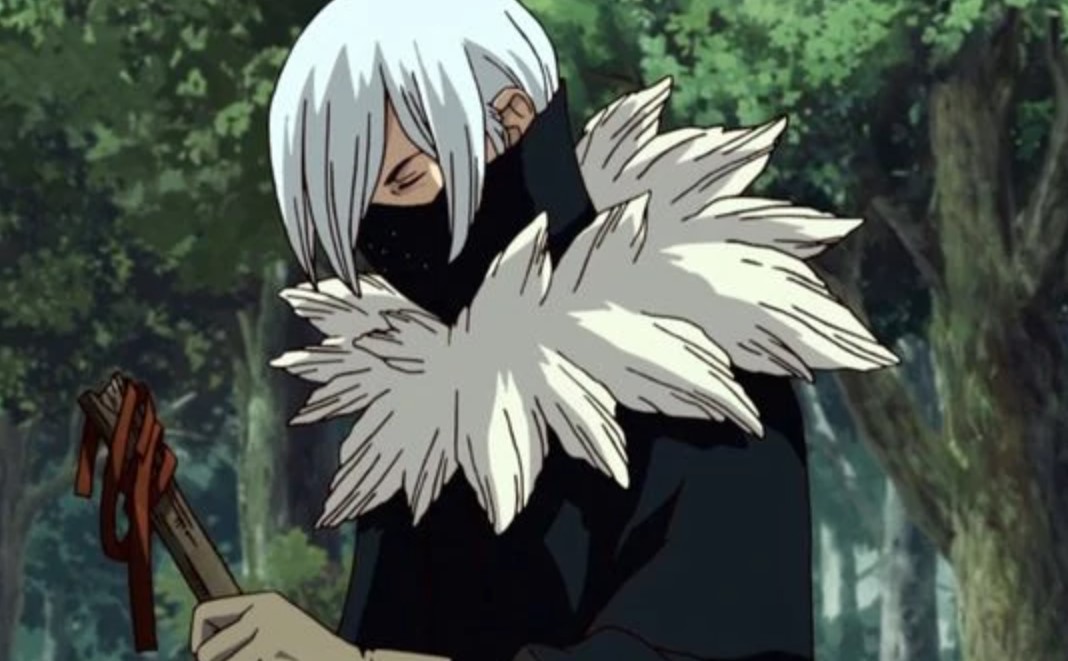 Dr. Stone is taking a weekly break next Sunday check the weekly schedule when you proceed. Let’s take a look at how Senku and his crew are escaping from Stan. Earlier, Stanley reveals that the airplane’s repairs have been completed. They set off the plane with the American radar man flying it. Ukyo reveals that Stanley and his crew are about to come near them.

Kohaku asks if they have to toss the bikes, cargo and keep on climbing with nothing but their clothes on their back. Max thinks that they will be killed while climbing. Senku refuses while saying that they are not leaving anything behind. Senku announces that they will compete against that plane with a transport route born of science. A ropeway, Gen looks at the sky, asking if they are making that now. Senku and others are using a ropeway to escape, and Chelsea is excited that there are all types of vehicles across South America.

Dr. Stone Chapter 180 will be released on Sunday, 3 January 2020. Unfortunately, the spoilers of Dr. Stone Chapter 180 are not yet released. We will keep you updated as soon as they are released. A new chapter of Dr. Stone will be released every Sunday unless the weekly schedule shifts to Friday release. This manga is taking a break next week. Take a look at the recent development below. 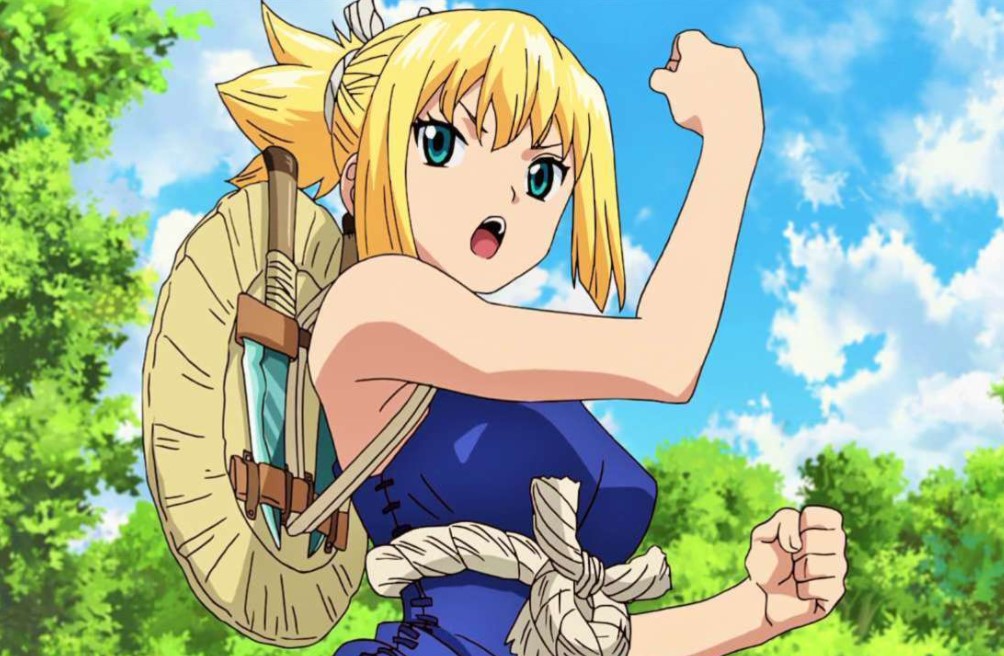 Senku’s crew reveals that they got a craft ropeway to cross the moutans, and it is how they are going to win the race. They also reveal that Stanley and his crew are in hot pursuit, and it is their last chance to capture them. Meanwhile, Stan and his crew are shown flying on their plane. Taiju tells everyone how they will carry out their plan before Stan and his plane shows up.

Taiju reveals their plans to get to the rainforest as soon as possible. They realize that they can’t carry everyone with the motorcycle simultaneously, and they started to make their first move. They need to cross a large chasm, which Kohaku leaps across with ease using their set of scales as a springboard.

Gen tells Senku how is he going to communicate with everyone since he has forgotten his cell phone. Senku replies that he left his cellphone so that the enemy’s plane won’t locate them and hear their plans. Senku said that he has other plans and said that he could use the taut string to act as a landline.

Bonds On The High Wire

Ukyo then shoots an arrow across attached to a piece of rope, which Senku uses as a string phone to give orders. He asks Kohaku if she can hear him, and she answers back. Taiju is excited that they were communicating like when they were kids using phones by a string.  Ukyo comments that low-tech solutions can be handy.

While pulling the rope, Taiju said they could leave it to the power team, referring to him, Tsukasa, and Kohaku. Senku said to himself that everything is perfect, by he is worried about the cable holding it together. Senku started wondering the max load that their kingdom of science ropeway can bear.

He realizes that the limit should be 160 kg they realize and they create a ropeway that can handle 160 kg of weight to transport them and the equipment across. They also realize that they cant leave Xeno alone, and they must make sure they pair in the right weight for them to cross. Ukyo compares this to a certain river-crossing puzzle.

Kohaku suggests that Hyoga can’t be left with Xeno alone together either; she thinks they can ally and start another kingdom of chosen ones. Chelsea hears everything and started to worry since she thinks they are all friends who help each other with no betrayal. She is just confused, thinking that they might be a crew trying to kill each other.

Gen explains the situation, which is shown as a simplified diagram. Hyoga starts to help Kohaku. Taiju started to put everyone in pairs to find out who will ride with Xeno. He then finds out Hyoga is the only light one in the same place as Xeno. Meanwhile, Kohaku was already on the other side. Senku tells him not to worry about it, and they start sending people across.

Suika got moved out of her seat by a strong wind when crossing with Carlos and Max. Kohaku notices that and cuts the string telephone rope and saves her. She is left hanging, holding Suika, hidden inside her mask, and hasn’t slipped out. Chrome comments that, like always, Kohaku will keep on saving the day. Chrome realizes that since Kohaku is still hanging using a katana stabbed on the mountain while holding the two.

He thinks that he can’t fight back if Hyoga decided to betray them and side with Xeno. He also thinks that  Hyoga can kill Kohaku easily since she can’t fight back. Hyoga did the opposite and offers his hand, helping Kohaku and the two to come to safety. Chelsea smacks Hyoga on the back and calls herself a Hyoga fan, which makes Hyoga feels uncomfortable.

Meanwhile, Tsukasa and Senku are the last to cross together. After crossing, Senku said to himself that their kingdom of science is now united as one team. In the sky, Stanley’s plane is shown flying at full speed. Gen laughs saying that what is left for them is to cross the mountains. He thinks that massive natural barriers will be waiting for them. You can check other updates of this Anime using Dr. Stone Chapter 179

You can get access to Dr. Stone Manga on VIZ Media and Shueisha’s Manga plus official platforms. Raw scans for new chapters are released 2-3 days before their respective chapters are published. We advise you to read the digital copies from their official websites and apps to support the Manga creators and publishers.