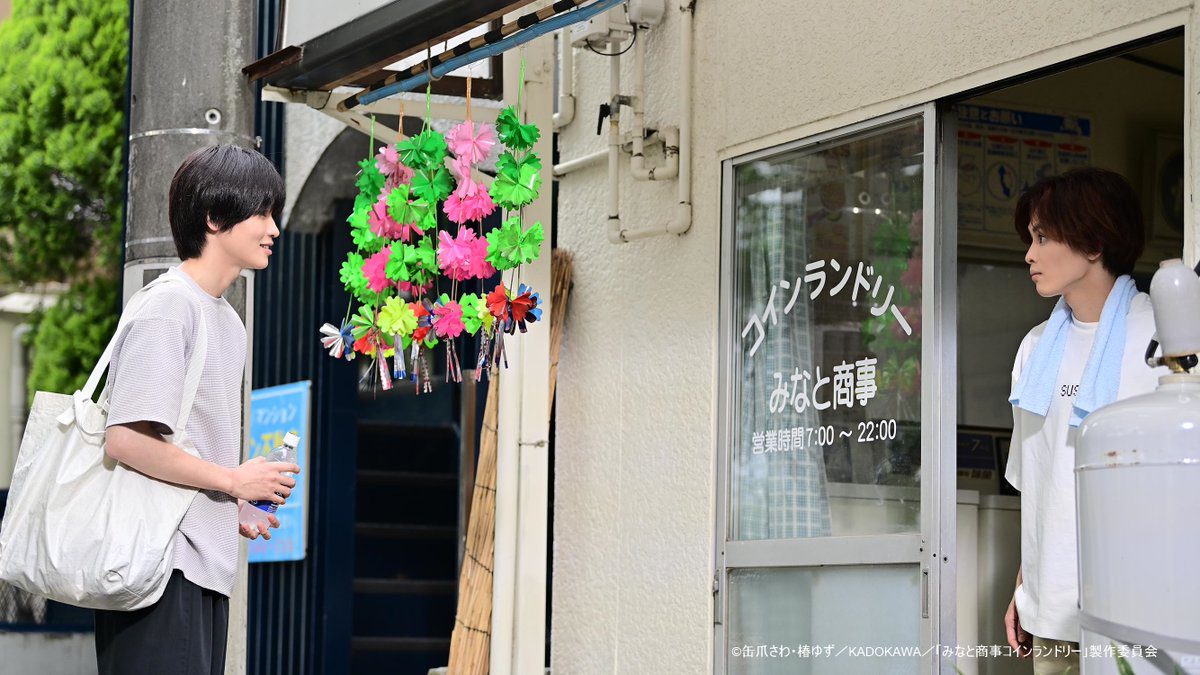 A story revolving around an inherited laundry mat that operates with coins. Minato’s Laundromat is about a friendship between two people despite their age gap. However, things start to change when they learn more about each other.

Minato’s Laundromat is a Japanese BL romance drama that was adapted from Tsubaki Yuzu’s manga work “Minato Shouji Coin Laundry.” Directed by Yuasa Hiroaki and Eda Yuuka, the series falls mainly under the categories of romance, comedy, and drama. The most important element here is the age gap of the male leads.

Minato Akira, the middle-aged male lead played by Kusakawa Takuya, has taken over the coin laundry that his grandfather used to own. While running the coin laundry one day, a high-schooler named Katsuki Shintaro stumbled upon his laundry. The character of Shintaro is played by Nishigaki Sho. Even with their age difference, the two of them quickly become friends. Soon Katsuki Shintaro realizes that Akira is gay.

Will this realization create any changes in their relationship? However, the age gap becomes a red flag for some people even when the younger male lead is over the age of 18. Let’s see if the age gap creates a barrier at all and how they overcome it.

Minato’s Laundromat shows heartbreak, jealousy, and confusion. But most of it all, it shows love. For a live-action of manga series, this has been a hearty watch. Minato’s Laundromat is full of light-hearted jokes and heart-fluttering interactions between Akira and Shintaro. It is commendable how the creators showed Akira’s doubtfulness about finding Shintaro attractive. The age gap didn’t go unnoticed by him, and he did not treat it as normal. Instead, he recognized his feelings and carefully checked if it was okay for him to find someone attractive when they were so much younger. 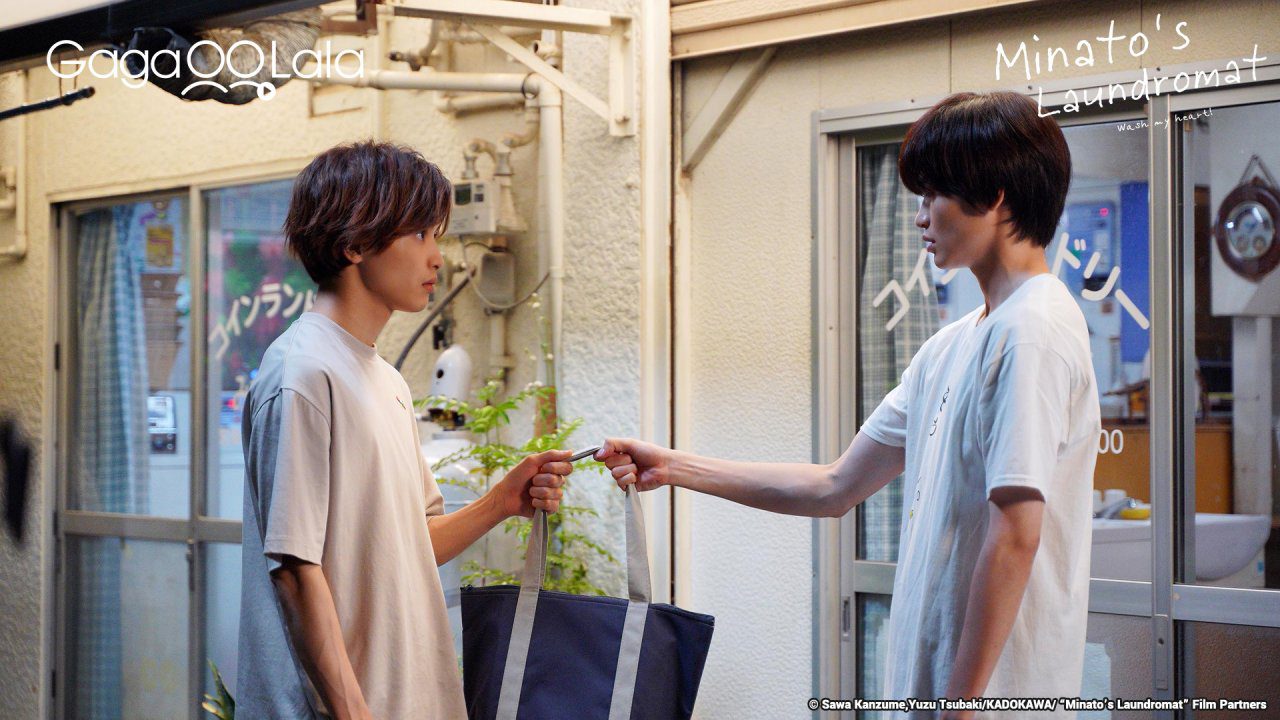 Most fans have been reluctant to watch it since it shows a relationship between a grown-up middle-aged man and a high-schooler. However, to some fans’ relief, high-school student Shintaro was 18 years old by when they started to develop feelings for each other. However, it still feels wrong to some, which is justifiable.

Fans have found the characters to be extremely realistic with their flaws. If you like a good slow-burn story, Minato’s Laundromat is the way to go. Of all the views it got, the ratings are pretty satisfactory.

Due to its content, the series is meant for children above 16 years of age, and parents are advised to guide their children. Since it includes a relationship angle between a thirty-year-old and a high-schooler, it is important to shed light on it. The twelfth episode will be released on 14th September 2022 on the network Paravi TV Tokyo. The Japanese drama will be aired at 9:00 pm Japanese Time (JST). For international fans, the series can be accessed at:

How To Watch Minato’s Laundromat: Wash My Heart! Episode 12

The series can be watched on GagaOOlala in Japan other than on its original streaming network Paravi TV Tokyo. GagaOOlala offers subscription plans at $6.99 per month with HD quality. The app offers English and Chinese subtitles along with others as well. It also offers free access to all of its content with ads.

Also read: Live-Action Death Note Series from the Stranger Things Creators in Development! Everything We Know!