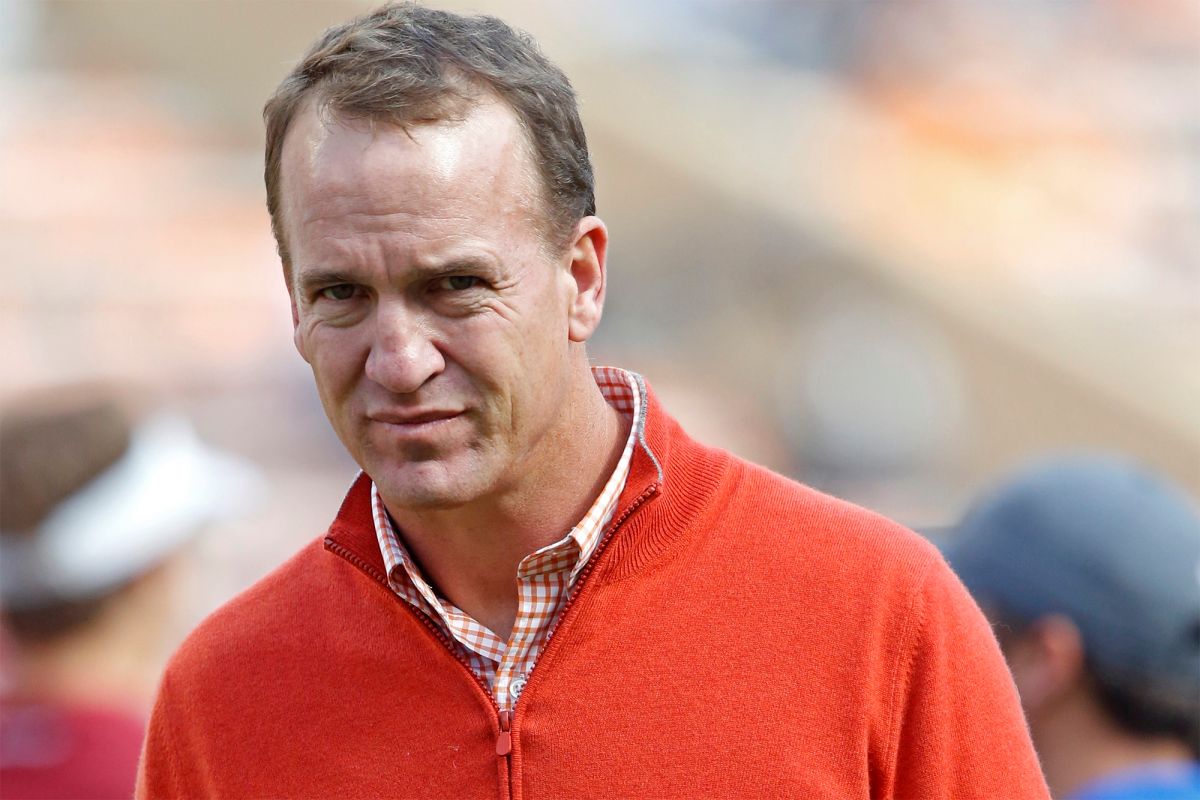 Peyton Williams Manning is a former American football quarterback who used to play in the National Football League. He spent his major time with Indianapolis Colts and his final years with Denver Broncos.

Manning was born on 24th March 1976 in New Orleans, Louisiana. He had an elder brother, named Cooper who had to give up football due to he had some spinal injuries. Hence Peyton took Cooper’s jersey number 18. His younger brother Eli also joined football with the same number as a tribute to his brother. Peyton was born to Archie Manning and Olivia Williams Manning. His father was also a football quarterback playing for the New Orleans Saints, Houston Oilers, and Minnesota Vikings. His mother is an energy investment firm partner. 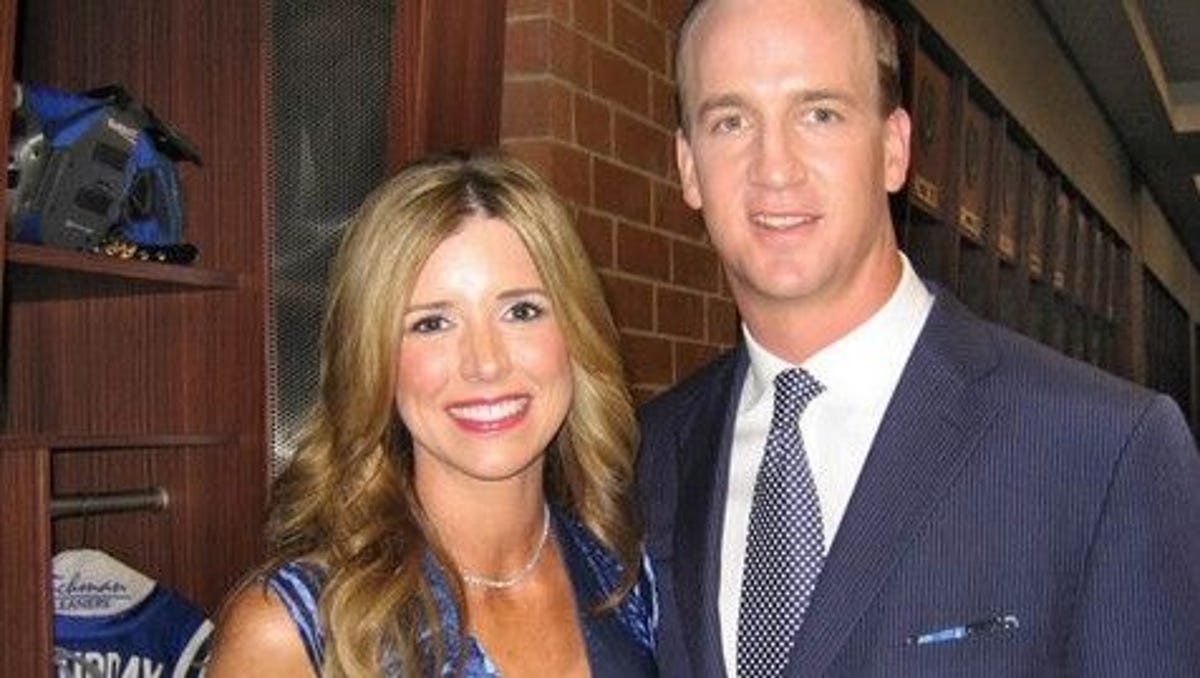 Manning started by going to Isidore Newman School where he played for the Greenies. In 1993, he received the title of Gatorade Circle of Champions National Player of the Year. Manning received a lot of hate for not joining Ole Miss Rebels in his college for which his father had played but instead, he joined the University of Tennessee Volunteers. His game improved and was well appreciated after which he was inducted to Tennessee Athletics Hall of Fame in 2016. He became a part of the College Football Hall of Fame in 2017, joining his father to make them the first father-son duo to do so.

Manning married Ashley in 2001. They have twins, a son Marshal Williams and a daughter Mosley Thompson. Manning and his father have co-authored a book called Manning: A Father, His Sons, and a Football Legacy. It covered their lives and their journey in football. 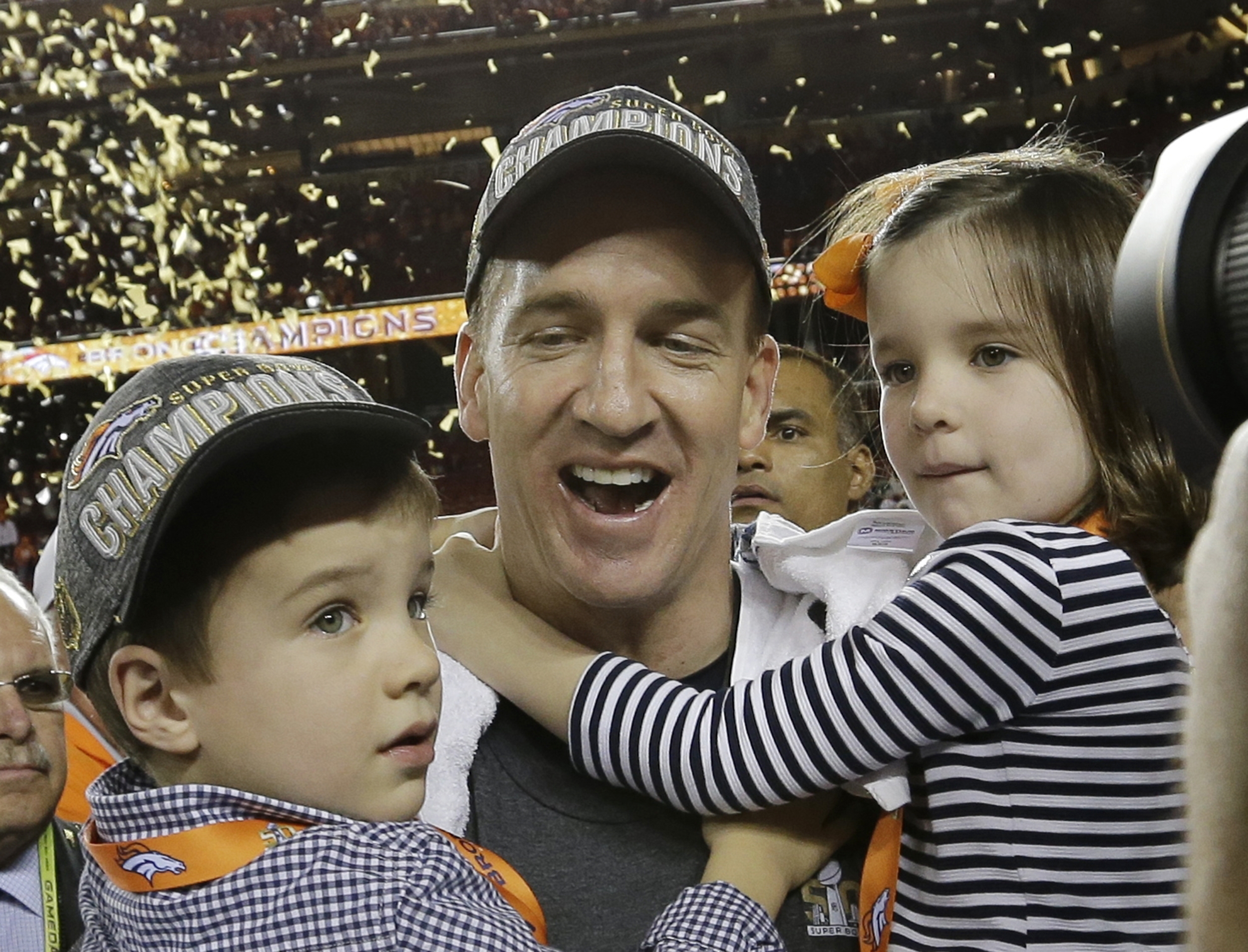 Peyton Manning with his children, Marshal Williams and Mosley Thompson

Manning was selected in 1998 NFL Draft by Indianapolis Colts. He was tagged as the NFL’s most valuable player 4 times in a row. In 2006, with the Colts he played the Super Bowl against Chicago Bears which they won. In 2009, he made his second debut to Super Bowl but they lost to the saints. Manning underwent neck surgery in 2011 after which he had to sit out for an entire season. From 2012, he started with the Broncos. He attended his third Super Bowl in 2016 which they won against Carolina Panthers. After the win in 2016, Manning announced his retirement. In 2017, a statue of Manning was built outside Lucas Oil Stadium by the Colts. He has won over 9 ESPY Awards in his career. 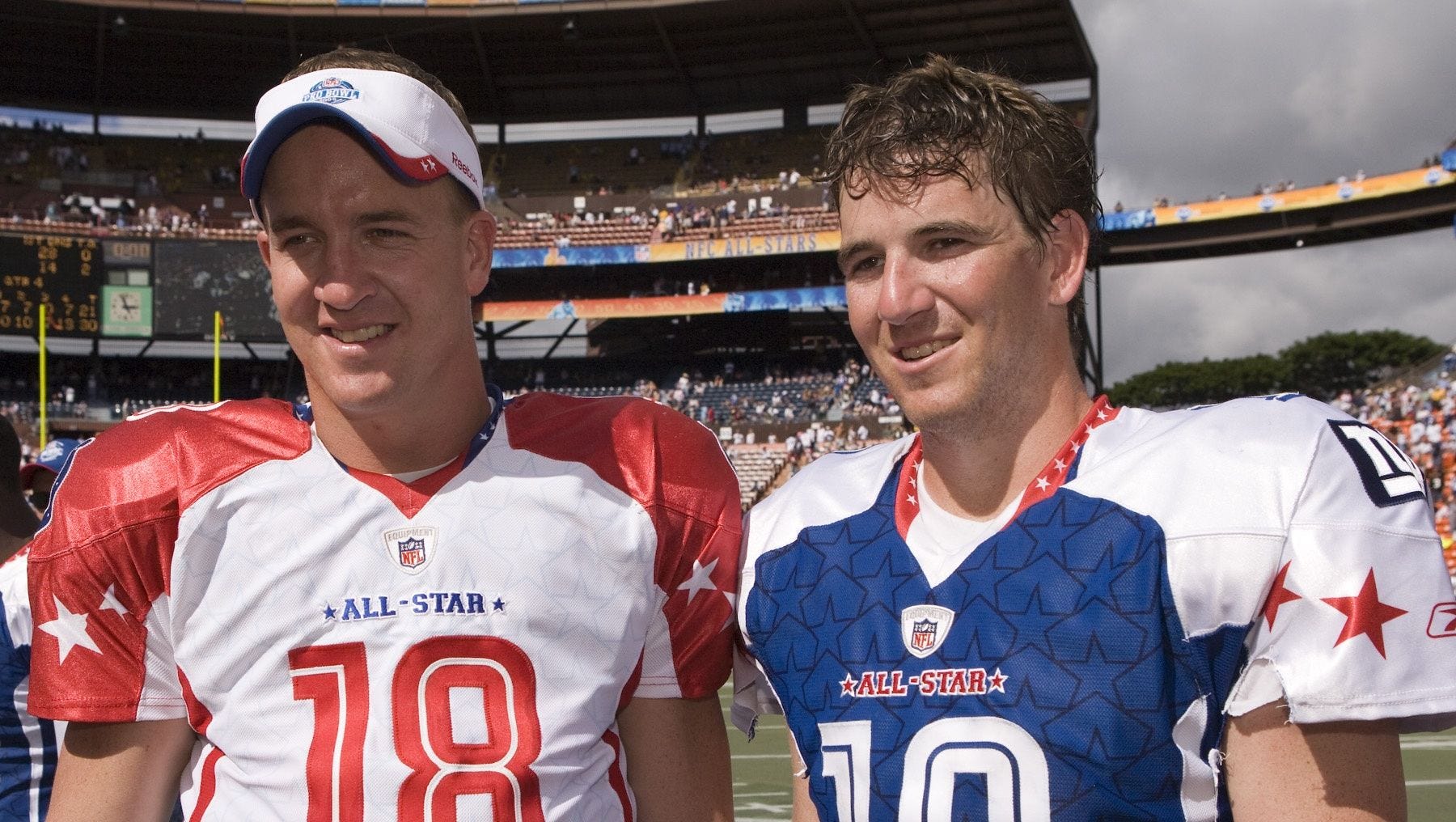 A picture of Peyton Manning with his brother Eli Manning at ‘The Manning Super Bowl III’.

Peyton and Eli have played against each other three times and those encounters were termed as ‘The Manning Bowl’. Peyton and his siblings together run a Manning Passing academy which is a five-day camp for children who want to improve their skills for quarterbacks, tight ends, and running backs. Many well-known NFL players served as the coach for this camp. They also have a charity foundation known as Peyback foundation to help disadvantaged kids. Besides this, they also volunteered in the wake of Hurricane Katrina by providing people with around 30,000 pounds of water, diapers, and Gatorade. They also renamed St. Vincent’s Hospital for children as Peyton Manning Children’s Hospital.

In 1996, during his college, Manning was accused of sexual assault by trainer Jamie Ann Naughright. She said that he pressed his genitals against Naughright during a foot examination. Naughright settled for $300,000 and resigned from the School. This incident has also been mentioned in the book for which Naughright filed a defamation lawsuit. Later on, the lawsuit was settled. 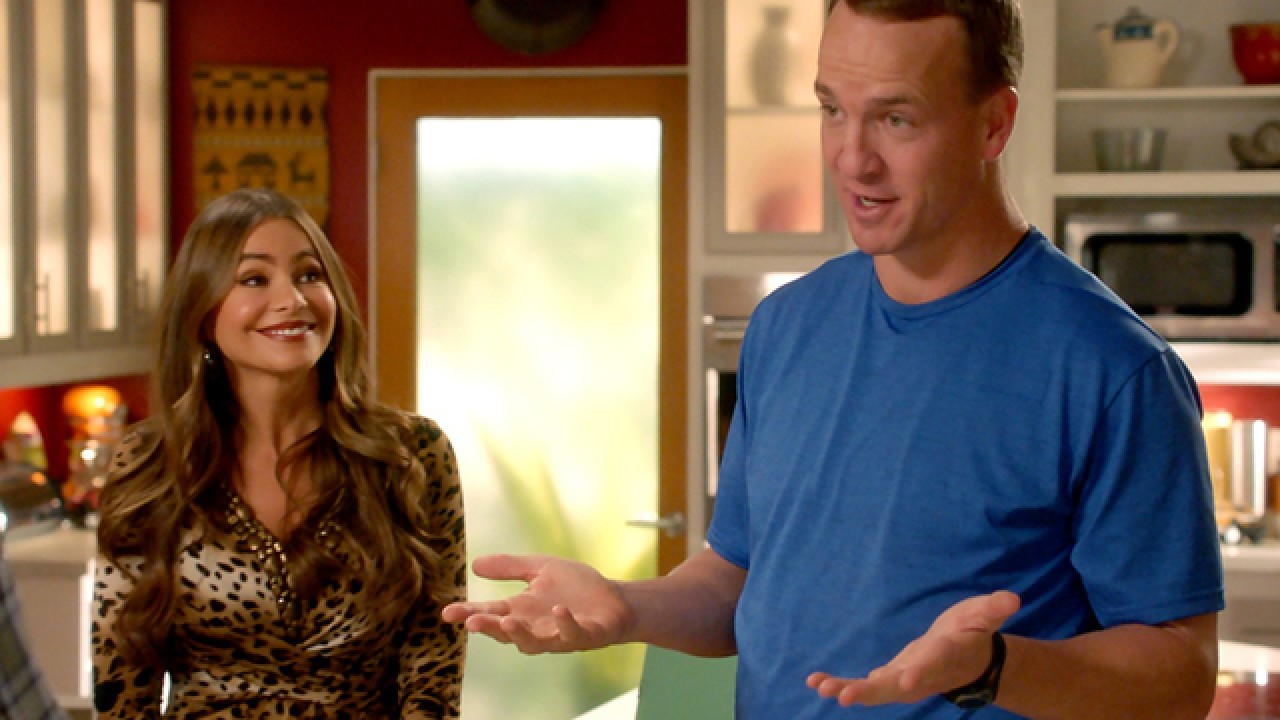 A still of Peyton Manning from the TV series ‘Modern Family’.

Manning is one of the highest-paid actors in the world. Peyton Manning’s net worth is said to be around $200 million. His primary income is from the salary but he also endorses many major brands and has represented Sony, ESPN, Mastercard, Reebok, Gatorade, and many more. Besides that, he also owns 21 Papa John’s pizza franchise in Colorado. He has earned around $150 million from his endorsements itself. Even his retirement has not stopped him from appearing in commercials.