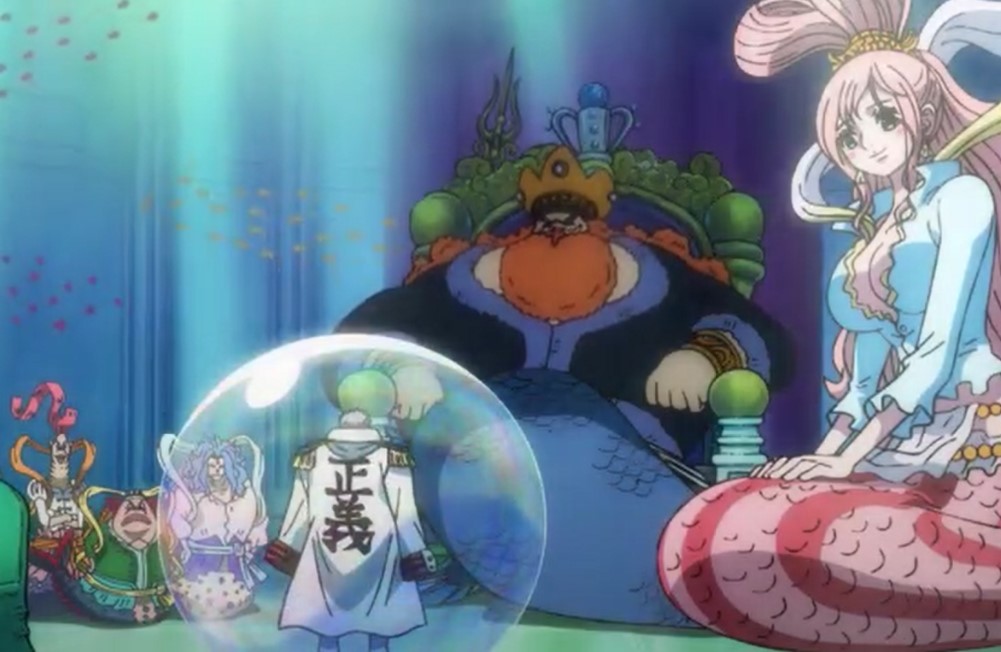 From the recent development the truth about Komurasaki has been revealed and her real name. The Straw Hats are happy that she is alive and they will meet will her later. Meanwhile, Zoro has shown Hitseku and others that he can use Enma. After cutting a mountain edge is a single slash Zoro promise that he will master Enma with no time. Enma has the power to suck human’s bo if the human is a weak’s samurai. Zoro impressed others by managing to control it.

They thought that only Oden in the world has the power to control Enma but Zoro did the impossible. The Straw Hats are ready for the upcoming great war. The Fire Festival is nearing the Flower Capital. After finishing his training Luffy and met with Kinemon and promised each other that they will meet at the port. Luffy realizes that he has mastered the Ryuo Land of Wano Haki. He can blow anything away without touching it and blast it. He yells that ” just you wait, Kaido.”

One Piece Episode 958 will be released on Sunday, 17 January 2021, at 9:30 AM JST. Note that every Sunday, a new episode of One Piece is released. This post may contain spoilers for episodes 957 and 958 watch out for them. Watch this Anime’s latest episode officially on Crunchyroll, AnimeLab, Funimation, and Netflix. Take a look at more details below.

Previously on One Piece 957

The Marine are making their move at Issho they are sailing around the entrance of the new world. Fujitora remembers when he met with Doflamingo telling him that he is appointed as the Navy admiral and he wants to do something. Doflamingo asking him what does he think will happen to the balance of power between the Navy, Seven Lords, and Four Emperors. Fujitaro tells Doflamingo that no one can tell before they upset it and he doesn’t know.

Fujitaro realizes that Doflamingo was approved as a king of a country under the Seven Warlord system. He thinks that Doflamingo was allowed to reign that island by the Worl Goverment. Fujitaro wants to destroy the system and he said that they no lover need the Seven Warlords of the sea. He is on a ship thinking about it advancing to the new world.  Meanwhile, at Marijoa the world conference knows as the Reverie is about to begin.

Reverie is a grand conference of 50 representative kings and queens held every four years. They are representing more than 170 countries that are affiliated with the World Government. The Reverie was dismissed in a state of great confusion as always and representatives went home. A week later at the Ryugu Castle in Fish-Man Island, King Neptune is glad that he is back home. Shirahoshi thanks Garp for escorting them and Neptune enjoy laughing with Garp.

King Neptune asks Garp to rest for a day with them then he will leave later since they had a long journey. Garp agrees, saying he will have a coffee and leave since he can’t stay for long. He realizes that Reverie always trigs the incident all the time and the countries don’t get along when they gather. Garp explains to the king how countries step on each other’s foot and created technology as a weapon. They have tons of problems and they don’t want to make peace even after shaking hands.

Garp said that he thinks that peace is not when blood is spilled and he has recieved big news after the conference has been dismissed. Neptune asks him what is it and he said it is an incident concerning the Alabasta Kingdom. Earlier at the World Economic Journal after the Reverie was dismissed. Morgans received big news and didn’t want to publish them. The secret agency Cipher Pol points a gun at Morgans telling him to obey the World Government.

Morgan refuses since he knows it is manipulative information and he tells Pol that he must not underestimate Big New Morgans. Morgans use the power from his left eye and blast Pol’s right eye. The reporters discovered that members of Cipher Pol are Government officials. Morgans decided to move his office to hide somewhere and send the news all over the world. He yells that he decides what he can publish and he is the Dj of the wood.

Morgans receives a call from King Wapol of Drum Kingdom and leak some information. The news spread across the world and people are stunned after reading it. The Revolutionary army can’t believe what they are reading and Luff’s father Dragon is shocked. Everyone shed tears and Dragon said that they must first confirm if it is true. It has been revealed that Sabo has been executed and his beloved one mourns for him.

Black Beard orders his crew that they have to set sail now and he has to take it himself. Meanwhile, Koby calls X-Drate and tells him everything and that the World Government wants Kaido and Big Mom to ruin each other. X-Drake revealed that those two have joined each other and Koby is surprised. X-Drake reveals that the W Government is doing business with Land of Wano which is reigned over by a pirate.

Koby reveals that they are going to capture Pirate Empress, Boa Hancock and they are heading towards the Island of Women. Margarete saw the ship and head to report to Boa Hancock.  Meanwhile, Edward Weevil is claiming to be Whitebeard Jr and clashing with the Marines.

You can also try the latest updates here: One Piece since one-piece has just come back from weekly; break from now on you continue to get the latest development every week. With all of the details above that what we have to offer for you see next time when a new episode hits.