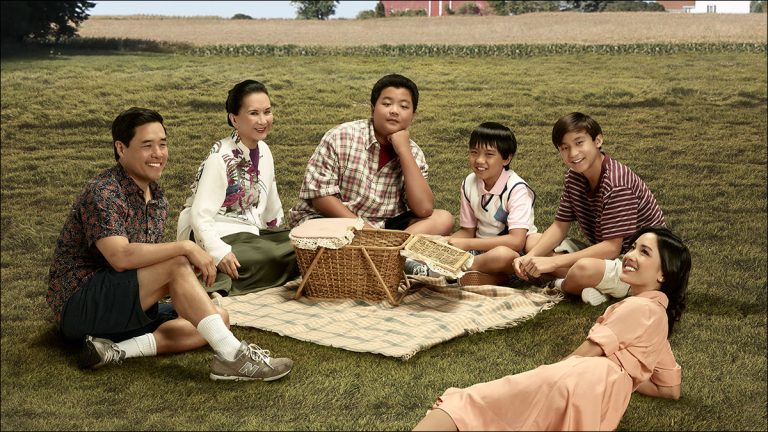 Fresh Off The Boat Season 6 Episode 6, titled ‘Chestnut Gardens,’ deals with the story of Matthew Chestnut, who upon his returns to Cattleman’s Ranch. Louis doesn’t agree with the fact that he’s a bad influence. So it is just Jessica, Eddie, and Trent, who have to help each other in taking him down. At the same time, Emery and Evan give Marvin a crash course in feminism and etiquette.

There is happy news surrounding Fresh Off the Boat. The show has landed onto ABC’S ABC’s Friday roaster. This isn’t some small deal, which Friday primetime is huge in a TV lineup. Fresh Off The Boat is apparently doing well enough prompting ABC to make a spin-off on it. There is a special episode that will introduce the characters to star in the spinoff.

This episode of Fresh Off The Boat is called “backdoor pilot,” what it will do is, introduce a new series from the ongoing series. Coming back to tonight’s episode, first things first, Fresh Off The Boat airs on ABC. Therefore you can catch the episode on the same after it has finished airing on TV:

For those of you, who do know much on the show, Fresh Off The Boat, sales the audience a story of a Taiwanese-American family that lives in Florida in the 1990s. Season 6 of the series, premiered on Friday, September 27, at 8:30 p.m. ET/PT on ABC. So far, five episodes of the show have been released, this being the 6th one.

If you don’t have cable, you will effortlessly be able to watch Fresh Off the Boat episodes live or on-demand on your computer, phone, Roku, Fire TV, Apple TV or another streaming device via one of the following cable-free, live-TV streaming subscription services:

1. Hulu With Live TV:
Sign up on Hulu, and watch a live stream of Fresh Off the Boat on your computer via the Hulu website, or on your phone (Android and iPhone supported), tablet, Roku, Apple TV, Amazon Fire TV, Chromecast, Xbox One, Nintendo Switch, Echo Show or other streaming device via the Hulu app. Hulu stores the first five seasons of Fresh Off the Boat and will store Season 6 episodes available after they air, besides the 50 hours of Cloud DVR storage (with the ability to upgrade to “Enhanced Cloud DVR,” which gives you 200 hours of DVR space and the ability to fast forward through commercials).

2. PlayStation Vue:
It doesn’t require an actual PlayStation console to sign up or watch–offers four different live-TV channel packages. All these packages include ABC (live in select markets). PS Vue lets you live stream Fresh Off the Boat on your computer via the PS Vue website, or on your phone (Android and iPhone supported), tablet, Roku, Amazon Fire TV, Apple TV, Chromecast, PlayStation (3 or 4), or other supported device via the PS Vue app. If you can’t watch live, PlayStation Vue comes included with cloud DVR.