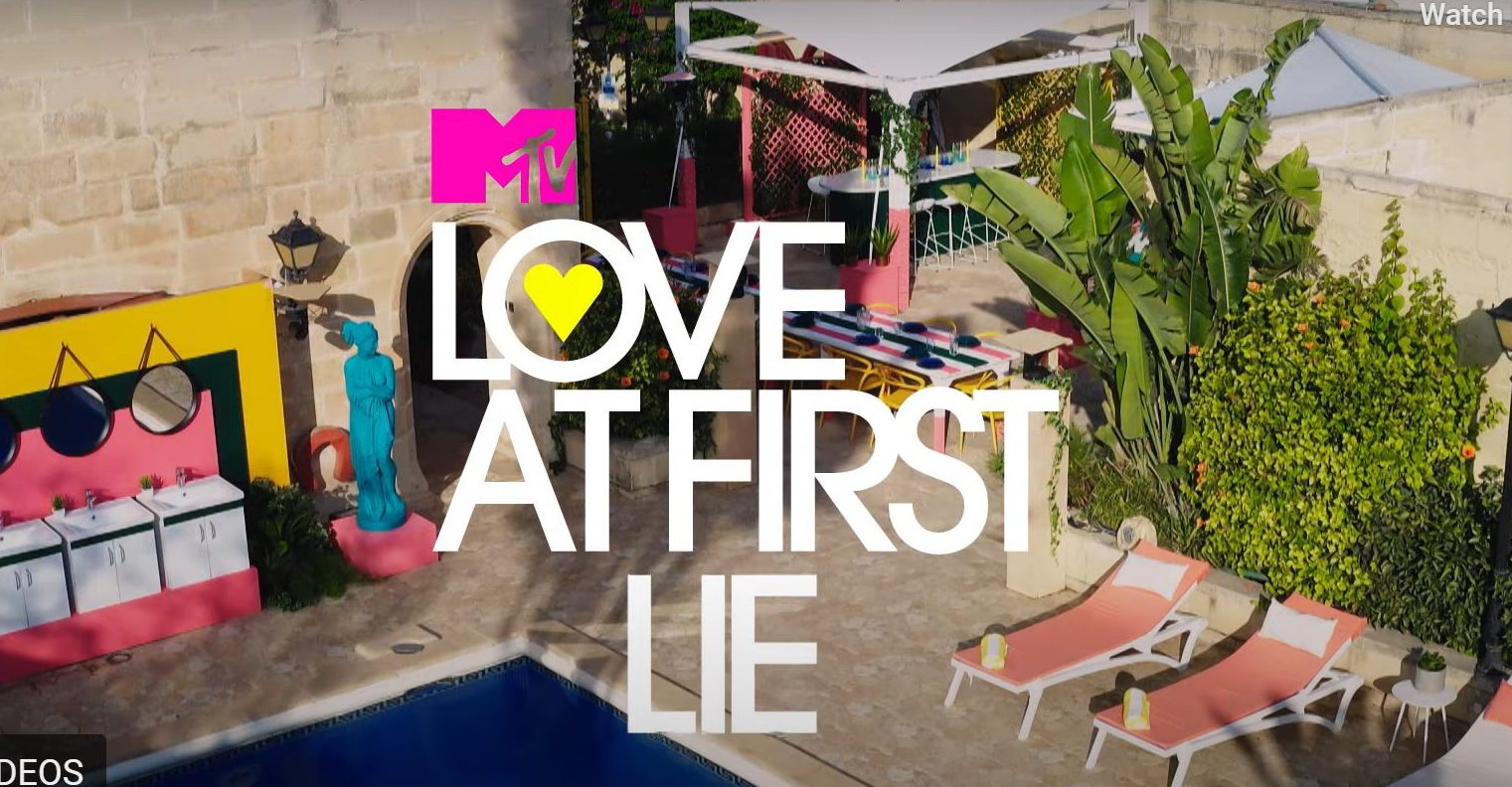 The “Love at First Lie Episode 1” release date has been announced, and fans can’t wait to see the drama and chaos that the show will bring. The first episode of MTV’s upcoming The Ultimate Game show will last an hour and a half. The season will consist of 12 episodes; if the winner plays the game correctly, they might walk away with up to $100,000.

Both the couples on the show and the viewers will be able to identify fake couples while viewing the episodes. Viewers from more than 170 nations will try to identify the liars on the show, which actress Tori Spelling will host. This is a show where viewers can figure out who is pretending.

Power struggles put their relationships to the test and reveal who is telling the truth and who is lying through their teeth. Only one couple can take home the entire prize fund, but there is a twist: will they be lovers or liars?

A still from Love At First Lie

What Is Love At First Lie’s Format?

In Love at First Lie, eight couples will live together, but some of these couples are actors who may be unaware of their fictitious relationships. The participants in the show will be able to identify the fake couples by watching as they engage in various interpersonal challenges together.

After each episode, the candidates will take part in a truth ceremony to eliminate one suspected phony partnership. They will receive $25,000 from their prize money fund if they complete the task successfully; else, they will receive nothing. The final couple will walk away with the entire sum, which may be worth up to $100,000.

Game’s tasks put their relationships to the test and reveal who is telling the truth and who is lying through their teeth. Each episode’s “Truth Ceremony” requires the couples to remove the contestant they believe is dishonest about their relationship. 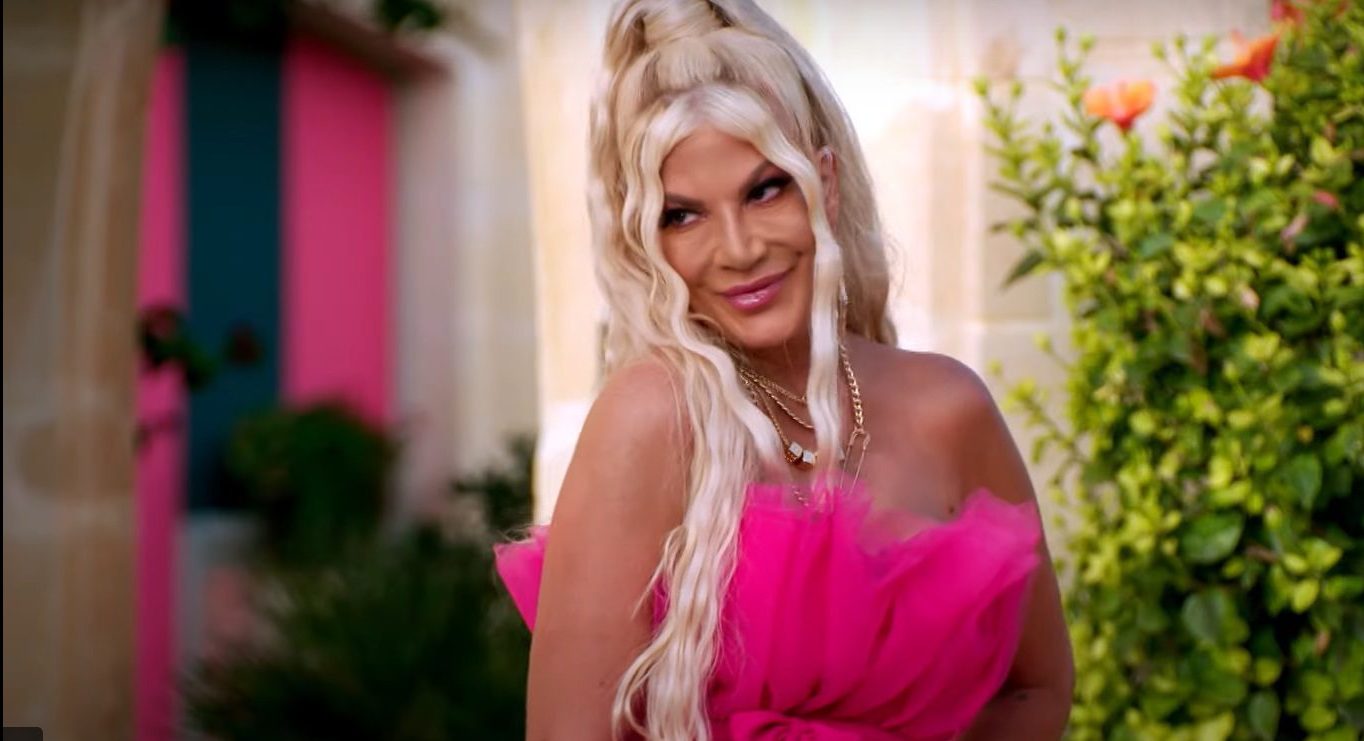 The host of Love At First Lie

Fans can attempt to identify the liars while watching the show, as advised by Tori Spelling, but they won’t be awarded any cash prizes like the Love at First Lie contestants.

Who Is In The Cast Of Love At First Lie?

Joe, who is 29, works in business relationships, while Annabell, who is 28, creates content. Although they are from the UK, they have lived in Dubai for a brief period. While attending college, they got to know one another.

Josh is 24 years old, while New Jersey-born Cuban Monica is 25. The couple has been dating for the past year and ten months after connecting on Instagram.

Jake, age 21, is from Cambridge, and Alfie, age 25, is an Essex-born retail manager. The couple has been together for 18 months after connecting on social media. 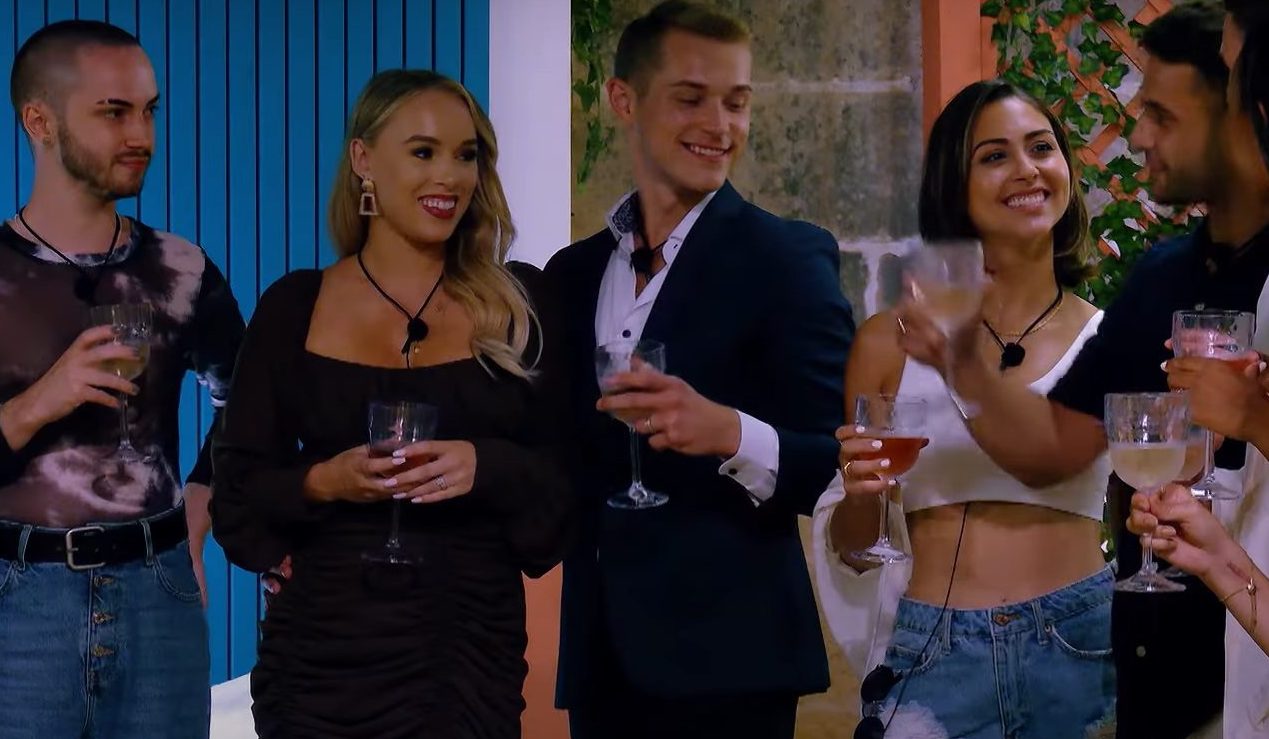 The cast of Love At First Lie

Brian is 25 years old, and Karla is 28. They both hail from Rhode Island and first interacted in a casino. Karla gave Brian her business card when he faked losing the game.

Riani, a Chicago native, is 22 years old. In 2014 on homecoming, she met her partner Chantz, a 23-year-old model. Riani and Chantz made their love official on Riani’s birthday because Chantz thought she was the only one swaying to the music.

A still from Love At First Lie

Alicia and Yuriy from the UK, British citizens Stephanie and Arabella, and American citizens Cece and Reasey are three more couples who will be seen on the show. However, there isn’t a lot of information out there regarding these couples.

What To Expect From Love at First Lie Episode 1?

A group of couples believes they are competing in a contest that will put their relationships to the absolute limit. There is a twist, though! They include dishonest people who want to cheat the actual couples out of a large cash prize of over $100,000.

When Is The Love at First Lie Episode 1 Release Date?

Love at First Lie Episode 1 release date is Wednesday, October 2022. The episode will air on MTV in the US at 9:30 pm. International fans can stream the show on multiple platforms listed below.

Where And How To Watch Love At First Lie Episode 1?

Also read: My Dear Donovan Episode 16 Release Date: How Is Pam Keeping Up?