Ray from Iceblade Sorcerer Shall Rule The World

Everyone loves a good fantasy–adventure story. Such stories rekindle our dying belief that there’s still some magic left in the world. There is a lust for adventure inside everybody, a yearning to escape reality and to go explore the fantasy world we see on screen and in books.

Escapism is like dousing your head in cold water on a sweltering day, it is medicine for a weary soul. Iceblade Sorcerer Shall Rule The World lets us leave our worries behind and enter the realm of magic users and sorcery. The anime adaptation of this manga is by Cloud Hearts and it premiered only this year.

Iceblade Sorcerer Shall Rule The World is directed by Masahiro Takata with character designs by Makoto Shimojima.  The light novel is written by Nana Mikoshiba and the illustrations are by Riko Korie. Before giving away the release date for episode 3, let us get to know a bit more about the story.

The plot goes like this. Ray White is a young man who decides to join Arnold Academy in the hopes of living a normal, peaceful life where he can enjoy his youth. This is because Ray has the burden of his past on his shoulders. He is no ordinary man.

Ray White is actually the legendary Iceblade Sorcerer who fought the bloody war three years ago and brought home victory for his country. He is a formidable soldier with a potent skill set that is no joke. But in order to heal the scars of war, he decided to go to school and forget about the gory battle.

But since Ray is intent on keeping his identity a secret, the other students in the school for nobles shun him thinking that he is nothing but a commoner. However, Ray makes some good friends namely Amelia Rose, Evy Armstrong, and Elisa.

But Ray cannot relax yet as the school is not all that it seems. There is danger lurking in the shadows and Ray has to get to the bottom of the conspiracy if he wants to protect his friends. 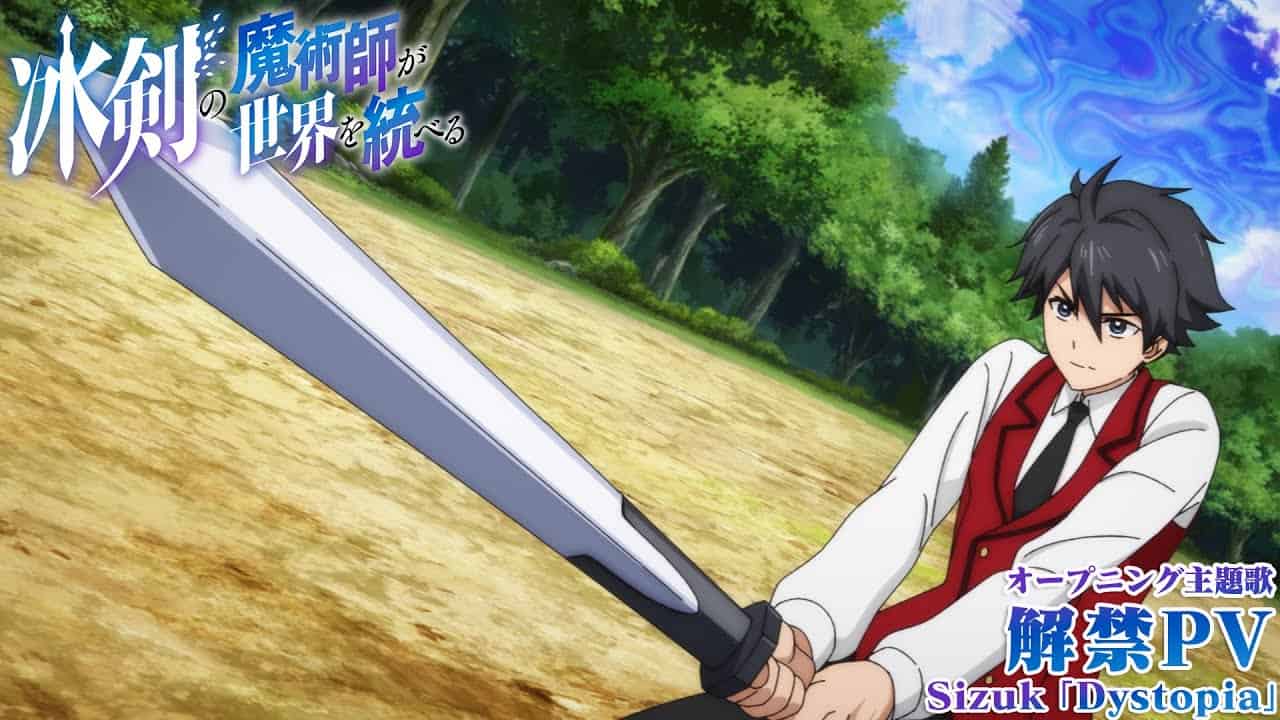 Iceblade Sorcerer Shall Rule The World

Here’s a quick recap of episode 2, “The Boy Who Became the World’s Strongest Sorcerer Begins His Practical Exercises”. Ray wants to leave the horrors of battle behind and enjoy his new life at his new school. So, he joins a couple of clubs, namely, the Environmental Research Club and the Gardening Club.

The Environmental Research Club is for those seeking to train in situations fraught with danger and when Ray joined, the members found out that he had a Gold-class hunter license. However, to join the gardening club with his friend Rebecca, he had to show the club secretary that he could turn the weeds into a flower garden.

He succeeded much to the chagrin of the secretary and Rebecca encourages Ray to take part in the Sword Sorcerer Tournament. Later, The principal tells Ray of an imperial spy in their midst and asks him to get to the bottom of the situation.

For a forest skills course, Ray has to survive 24 hours in the monster-infested woods and bring back the stamps from certain key locations. So he forms a team of four that includes Amelia, Evi, and Elisa which angered Albert.

But Ray still saves Albert from a deadly monster and Amelia is shocked to learn that the monster was defeated single-handedly by Ray. But the spy hiding among them revives the monster and made it even more dangerous than before.

As fans of this series, all of you must be wondering about the release date of the next episode, that is, episode 3. Well, the good news is that the release date has been confirmed and we have it right here for you. Iceblade Sorcerer Shall Rule The World episode 3 release date is on Thursday, January 19, 2023.

The release timings for different timezones are as given below:

Where To Watch Iceblade Sorcerer Shall Rule The World Episode 3?

Japanese viewers can watch the episode on TBS and episode 3 as well as the previous episodes will be available to stream on Crunchyroll.

The spoilers of this episode have not yet been made available but fans can expect a thrilling watch as episode 3 will show how Ray defeats the resurrected monster along with many other exciting events which may also include the identity of the spy who’s stalking them.