Married at First Sight is a reality dating show that puts single couples with top-level matchmakers. In this episode, we will see Lindy and Miguel struggling a little bit. While we also notice how Justin confides to the dudes how him and Alexis are having major intimacy issues. But he’s not alone because Morgan and Binh are also having that kind of trouble, but it’s on Binh’s end. Let’s cover in deep Married at First Sight (US) Season 15 Episode 9.

The last episode was interesting because the men opened up about their relationships. Suppose you’re into these kinds of shows. In that case, it’s always nice to see men opening up about their feelings. It breaks the stereotype that these productions always center around women opening up in the confessionals while the men are just fillers. Now, without further ado, let’s look at the last episode recap. 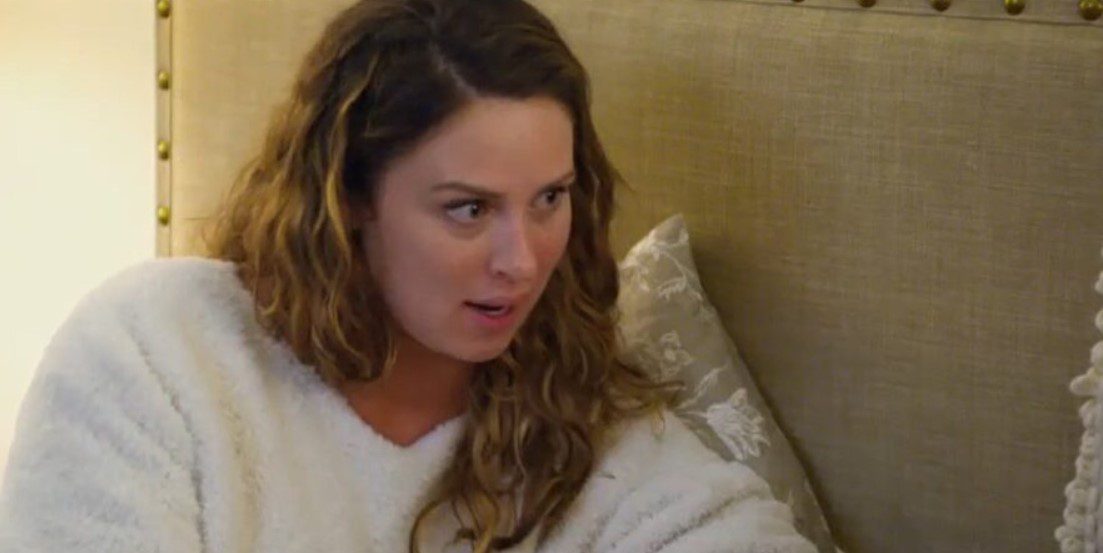 From intimacy issues to party themes, the last episode had it all!

In the first scene of the episode, the newlyweds receive personalized advice from their close friends and family. First, Miguel catches up with his friend Steve, who inquires about his marriage to Lindy. Ultimately, Miguel claims he is confident in her sincerity and likes her a lot. When Krysten sees her friend Joanna, she tells her that she and Mitch are generally getting along great. Her only concerns are Mitch’s propensity for clutter and his unconventional party-planning style. Krysten expresses concern about telling Mitch something about her past, and Joanna advises her to be open and truthful.

In a video chat with her sister Amber, Alexis brings up the incident involving her dog Newton and Justin’s dog. Amber worries that it’s too soon and advises the newlywed to guard her heart when Alexis tells her sister that she has already told Justin she loves him. While his new wife Morgan meets with her “chosen older brother,” Carl, Binh meets with his friend James. Regarding their most recent difficulty with the honeymoon, each is given advice and instructed to give the other space so they can work through it together and move on. Nate complains to his friend Derek that Stacia is pressuring him to be more outgoing, but he isn’t sure how much more he can give; he even says he’s considering seeking therapy to learn how.

Also Read: House Of The Dragon Episode 1 Recap: The Beginning Of The Targaryen

After the friend get-togethers, Krysten sits down with Mitch to discuss her dating history, mainly because she was engaged to a previous boyfriend before calling it quits after discovering his infidelity. Krysten waits for Mitch to respond, concerned that this might be a deal-breaker for him, and is delighted when he says that his feelings for her are more substantial than anything else.

Alexis’ experience is less than pleasant as she becomes angry with Justin when her dog starts vomiting blood, and he informs her that the puppy hasn’t eaten in two days. He doesn’t share this information with her, which infuriates her, and they have a heated argument. The couple’s quarrels while shopping at a candy shop and planning their party add to the tension. Alexis complains that he isn’t communicating, but Justin counters that since he was ostensibly in charge of the situation, he didn’t need to tell her anything about her dog. Their party plans become uncertain when Alexis leaves the store because they can’t agree.

At a party with a ’70s theme that Stacia and Nate throw, her sisters ask whether the couple has discussed having children. Nate responds that he isn’t sure yet because he doesn’t even know Stacia’s parenting style. Nate’s friends reveal to Stacia that he does struggle with feelings of abandonment from his mother and that all she needs to do is reassure him that everything will be alright.

Lindy and Miguel throw a party with a game show theme complete with outrageous costumes for themselves and their friends to participate in. While playing a round of the Newlywed Game, Lindy and Miguel’s friends are all amazed at how well they have gotten to know one another quickly. However, when they divide into smaller groups, Lindy confesses that she finds Miguel amusing but that they recently ran into a problem with names and insurance. Both parties are unwilling to compromise: Miguel wants to add Lindy to his health insurance, while he wants Lindy to take his name. When the phrase “red flag” is mentioned, it becomes evident that Lindy is on a different plane.

With friends, Morgan and Binh enjoy some tequila and Mexican food as they toast their marriage. Speaking candidly about their issues with trust during their honeymoon, both Morgan and Binh receive advice from their party guests to “forgive and move on” to stick with the procedure. 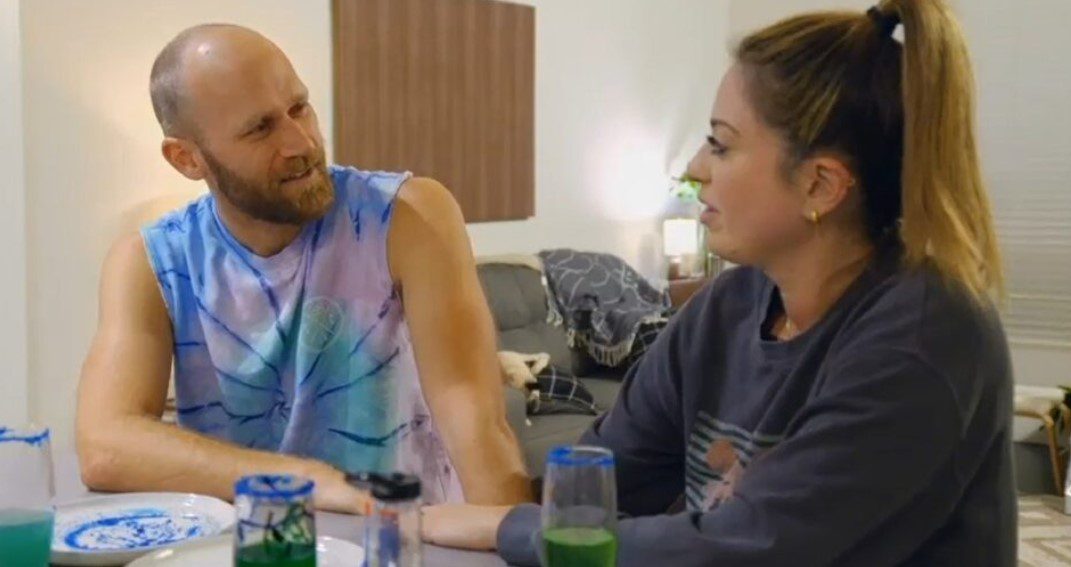 Unexpected topics arose in the past episode

Even though Alexis and Justin still have their party, tensions are present. When Alexis speaks to the group, she describes how their recent argument has left them on shaky ground. She takes a slight jab at Justin, saying she wants to be open and honest about their struggle. While Alexis admits she cares for Justin and even loves him but isn’t quite in love, Justin tells friends that their arguments scare him.

Most of Mitch and Krysten’s futuristic party goes off without a hitch, but she acknowledges that his environmentally conscious approach can sometimes be confusing. While they generally agree on everything, Mitch and Krysten admit that he is having difficulty with her dog because of the animal’s loud snoring. It seems so upsetting for Mitch that he has trouble falling asleep at night, but could it be a deal-breaker?

Miguel and Lindy discuss their divergent views on her adopting his last name and his allowing her to enroll in his insurance after the party. After a fight, Miguel protests that he dislikes this version of Lindy because he is loud and contradictory. She apologizes for her tone when they discuss it again at the end of the episode, but she wants him to accept her because she knows things won’t always be perfect but wants to try. Could this signal the start of the end? Time will only tell.

Married At First Sight (US) airs on Wednesdays at 8:00 PM Eastern Time, United States. The show is also available on Lifetime’s website, its app. Additionally, you may stream the program from Netflix, Hulu, Amazon Prime Video, Google Play, and Vudu Fandango.