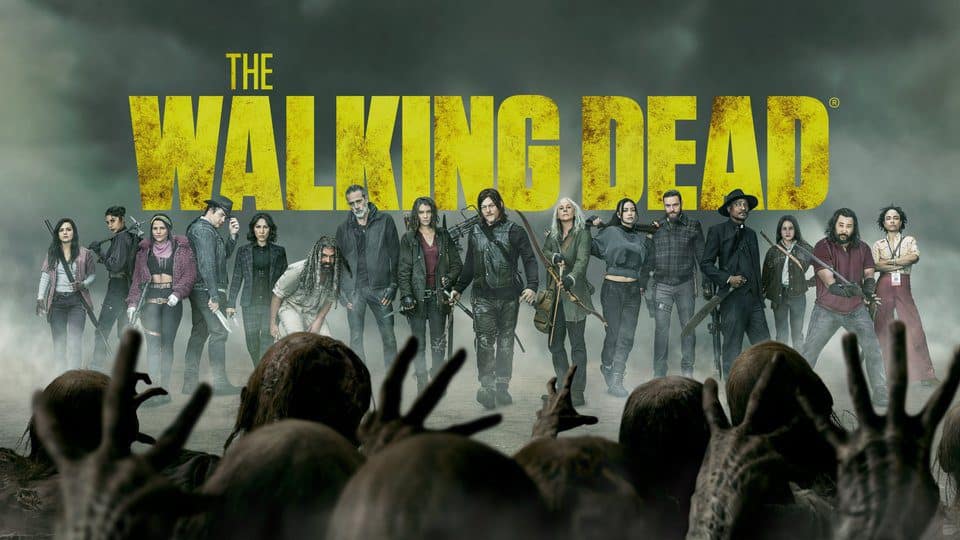 The Walking Dead is an American horror drama, that has been one of the most scariest and horrifying dramas of all time. The show has managed to gather up a huge amount of followers and fans with its interesting concept and survival themes that cater to all the adventure-horror fans at the same time. The show has now successfully established a number of conspiracy theories, and groups of people who together solve them and even try to predict future actions.

The show was officially launched on 31st October 2010 just the time for Hallowe’en to kickstart this show. The show ever since its release in 2010 has been renewed for 11 seasons with its latest 11th season being aired on 20th November 2022. With each progressing season, the story only seems to be getting more and deeper and twisted, with the changes for survival becoming grim.

The show is an adaptation of Robert Kirkman, Tony Moore and Charlie Adlard’s comic book by the same name. They were the original creators of The Walking Dead Franchise, which is now a multimillion project in itself. The show was developed by Frank Darabont. The show has its own spin-off the is Fear the Walking Dead which is also based on the same themes but with the only difference in the characters and the cast, and the timeline.

The show also has its own Talk show that is “Talking Dead” which is aftershow to the actual show wherein they talk about the events of the episode that was aired, and invites guests to present their point of view as well. The show is a great topic to be debated upon as the aftershow sometimes takes a comical turn and at times is serious. The is aired on the AMC Network.

The show has later on turned into a game as well which has been loved and admired by all. The gamers appreciated the realistic features of the game, as they resemble the actual show and cast. The show has been home to a wide cast, and the list is very long. Nevertheless, some of the most notable cast members consist of Andrew Lincoln, Jon Bernthal, Srah Wayne Callies, Laurie Holden and Stephen  Yeun.

Also Read: What Episode Does Dale Horvath Die In The Walking Dead? Explained! A brief synopsis of the show

The show is set in America after it has been engulfed by a Zombie Apocalypse and almost everyone has turned into a zombie or a half-dead human who feeds onto other humans and is considered to be brainless but very dangerous. They are easily attracted to the noises of things like gunshots and loud thuds, and can even detect smells and get attracted towards the same. The concept of becoming a “walker’ is that if a person gets bitten or scratched by the walker will soon catch the infection. They also become the walkers and there is only one way to save yourself from that to kill them. The show follows a police officer named Rick Grimes who was in a coma while the world was being taken by a stride by the zombies.

Post waking up he finds himself in a rut where he is living in survival mode throughout. He becomes the leader of a group of humans that are left safe from the deadly disease. They are not only attacked by the walkers but also by the other survivor groups who are ready to battle them for the resources and anything that is left. They travel throughout the show, building communities, laws and rules in order to safeguard themselves.

The show is a compilation of these communities as they battle for their lives, killing and being killed in the process. The show is a thrilling experience some communities join forces and some vow to become each other’s arch-enemies in this process.

What happened to Enid?

Enid was one of the most notable characters in the show. She appeared first in season 5 in the episode named “Remember Me” and was said to be of age 17. She was portrayed by Katelyn Nacon. She was a high school student but later on became an important part of the Militia and even a doctor for the HillTop community. Enid in The Walking Dead

The fans were sad to see when they got to witness the death of Enid in one of the most brutal and saddest ways. Her death was disturbing and quite horrific in the nature that it occurred. In season 9, in the episode named “The Calm Before’ scenes of Enid’s beheaded face show that was stuck on a stick.

She was murdered brutally by the Alpha of Whisperers group, who along with her killed several other members of the group like Tara. They were found by the members of their community, who recollected the deaths and the uneventful change that occurred.

Also Read: What Episode Does Alpha Die In The Walking Dead?