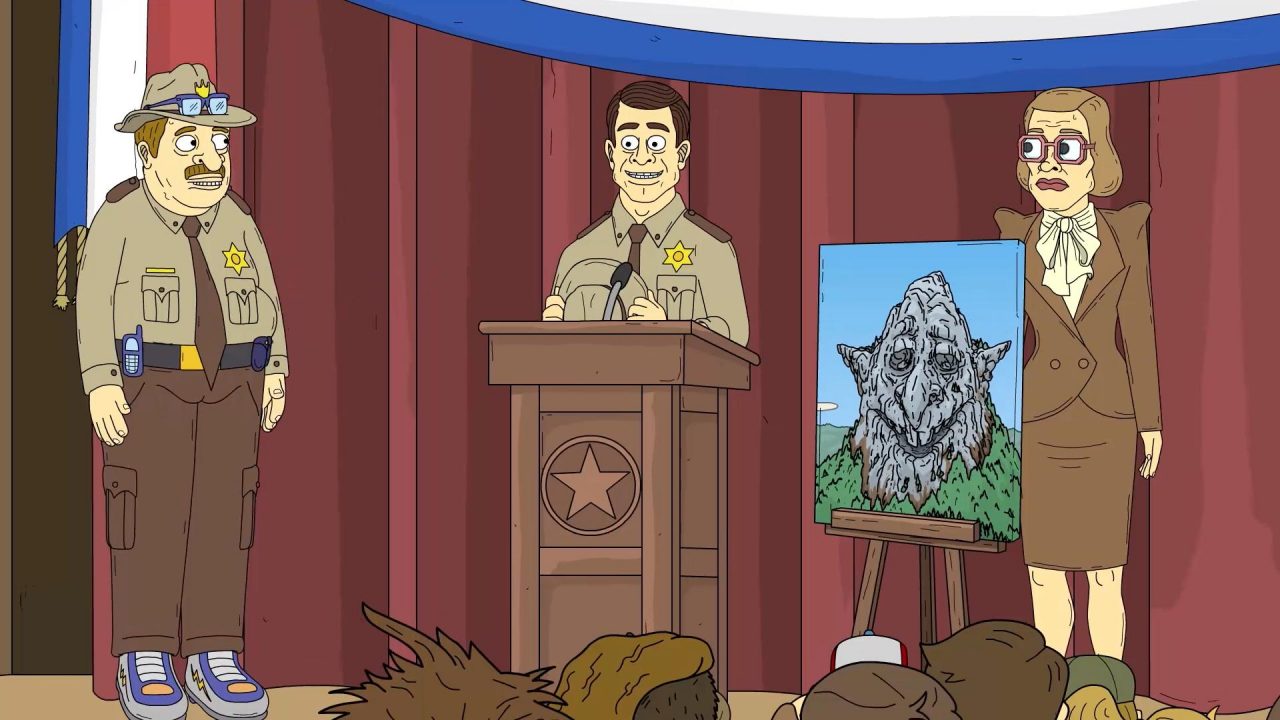 With less than a week away from the release date of Momma Named Me Sheriff Season 2, we will discuss every important detail you need to know before watching the second season. The series is an adult American animation and a spin-off series of the animation series Mr. Pickles. The creators of both the series are Will Carsola and Dave Stewart. The original series centers around the Goodman family and their home in the rural Old Town. There is also a demonic dog, Mr. Pickles, that keeps the Goodman’s alive. The original series shifted its focus on Sheriff, after the fourth season.

Momma Named Me Sheriff focuses on the exploits of the Old Town’s witless Sheriff. The pilot of the series premiered on Adult Swim on 17 November 2019. The series was unannounced and aired as the finale of Mr. Pickles. The first season concluded with its ninth episode that aired on 15 December 2019. Momma Named Me Sheriff is a streaming series for Adult Swim. Hothouse Productions is the producer of the series.

Acting as both spin-off and the sequel to Mr. Pickles, the series is fairly popular among the fans of the original series. The show’s ratings vary between 0.488 to 0.811 for all the episodes. Will Carsola, Dave Stewart, and Sean Conroy are the writers of every episode of the first season. The series follows the events of the original story after Stanley Goodman starts working as the deputy and joins the Sheriff. Let’s take a look at the release date of Momma Named Me Sheriff Season 2.

Stream the First Season of Momma Named Me Sherriff 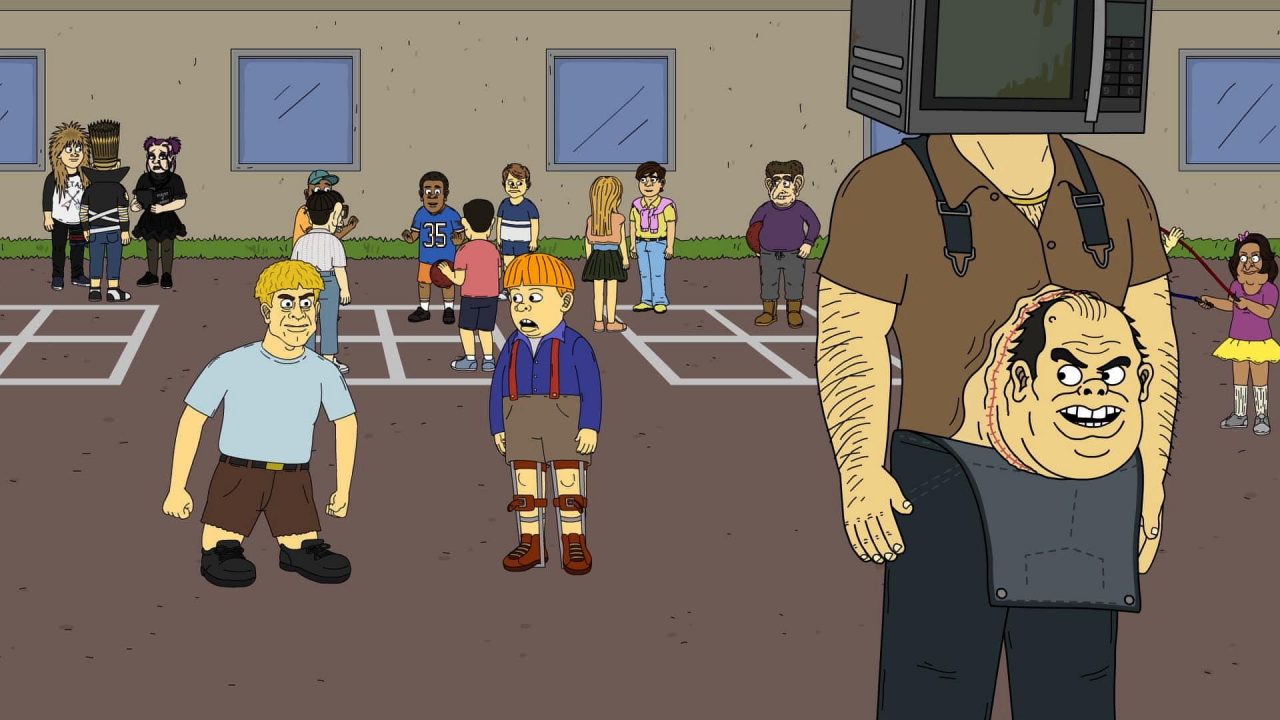 The Finale Episode of Momma Named Me Sheriff

What to Expect in the Second Season?

As mentioned earlier, Momma Named Me Sheriff focuses on the side character of Mr. Pickles. Like Mr. Pickles, the series still includes the comical set-ups and plots in every episode. The story quickly escalates from questions about the authority of the police to the risks of global extinction. The show’s creators mention that since they have so many different storylines that never make it to the screen, they will include the rest of the ideas in the second season. They will also merge a lot of storylines.

The second season will include havocs breaking loose in the Old Town. When that happens, Sheriff and Deputy Stanley Goodman will work together to solve the cases and unravel the mysteries surrounding the town. Additionally, this season will finally explain the meaning behind “Roostering”. Also, Stanley Goodman will get lost in the desert. Apart from this, the second season will also include secret conspiracies and even dragons taking over the Old Town.

Sheriff: Will Carsola is the voice actor of the character. The Sheriff is an obese man always dressing in a police uniform. Even though he is unintelligent, the Sheriff is a good-natured person. The series hints that he may be mentally handicapped. He lives with his mother and loves dolls, rubber ducks, other childish antics. However, he is good at his job and can be a great policeman with Mr. Pickle’s help.

Tommy Goodman: Kaitlyn Robrock gives the voice for the character. The Sheriff tries to help Tommy the best he can. Tommy looks up to Sheriff and also helps him solve cases.

Stanley Goodman: Jay Johnston is the voice actor of Stanley Goodman. He is Sheriff’s Deputy and is always annoyed by his behavior.