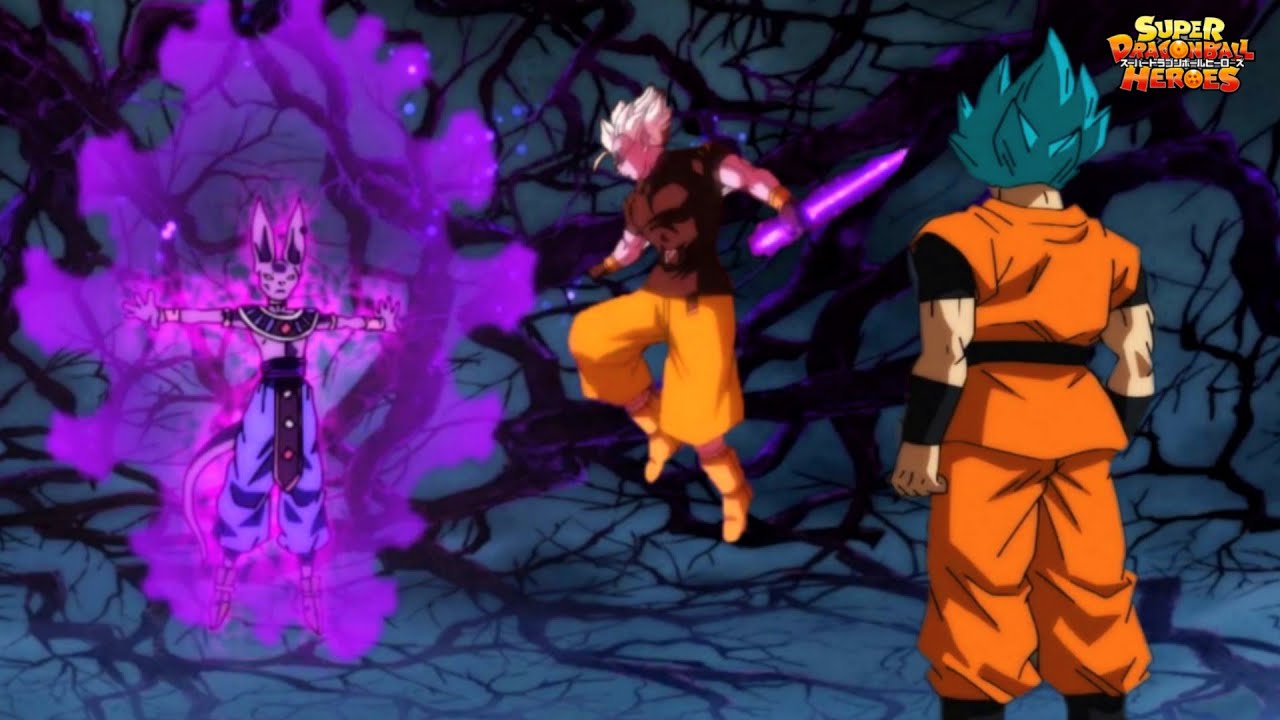 The first two seasons were a hit. The anime has taken characters from all previous franchises to continue the DB universe after the Dragon Ball Super anime ended. It has since been very popular with fans. The first two arcs included villains like Fu and Zamasu and mysterious Saiyan Cunber. There were many non-canon warriors like Super Saiyan 4 Goku and Cooler to excite the fans more. Now, we head into the third arc of the anime.

There are only two episodes of the current arc yet. The first episode starts with the Supreme Kai of Time informing Xeno Trunks and Xeno Pan that her mysterious bird “Toki-Toki” has disappeared from the Time Nest. She asks them both to find the “Bird of Catastrophe.”   Xeno Trunks and Xeno Pan soon locate the bird with Goku, Vegeta, and others on Earth. This bird is supposedly very important for all universes.

All twelve Gods of Destruction suddenly emerge on Earth, and Beerus, the God of Destruction of Universe 7, attacks the bird. Beerus had another vision that this bird will cause havoc in Universe 7. The bird stops his “Hakai Attack”. Xeno Trunks tries to explain to Beerus that this bird has saved the multiverse many times. To avoid the Gods of Destruction, Xeno Pan takes the bird from the Earth. Now, the Gods of Destruction are angry on the Earthlings and want to destroy Earth. Beerus asks his counterparts to take care of the universe seven himself and takes on all of the Earth’s warriors determined to destroy them. Someplace else, Fu is viewing this and with him, is the bird “Dogi-Dogi” that is going to be important in this new scheme of his.

There was speculation if the episode for April was going to delayed due to the COVID outbreak. However, the next episode was released on April 9, 2020, for all the fans to enjoy.

This story continues in the newly released episode, where the warriors struggle to fight against Beerus despite being in their full strengths. In this, a new set of Goku and Vegeta appear in the scene to warn the Gods of Destruction about the net of mysterious roots appearing in all universes turning the planets to nothing. The Gods of Destruction retreat to worry about the new problem at hand. Fu finally appears against the heroes with the actual prophesized bird “Dogi-Dogi” that will cause destruction.  The universe seed from the previous arc is now a tree that is absorbing power from the whole universe. He wants to use this energy to create whole new universes. After revealing his plans, he disappears. The universe tree is draining energy from everything and now its a fight against time to find and figure out a way to destroy the evil tree.

Dragon Ball Heroes Episode 23 will be released in May 2020. The release date is not confirmed yet, but you can expect the next episode in the first two weeks of May 2020. The plot of this episode will revolve around trying to destroying the universe tree before it tears the whole multiverse apart.