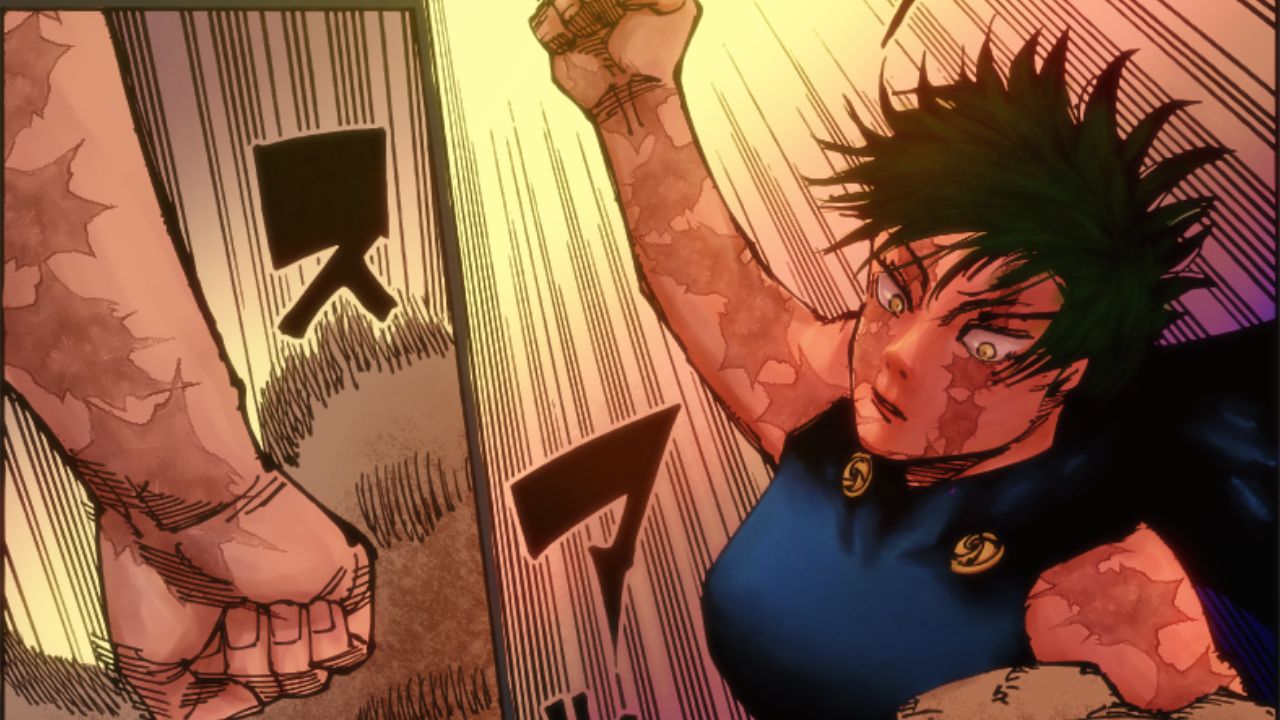 The raw scans and spoilers for Jujutsu Kaisen Chapter 191 are out now, and it sets up a plot for the Sakurajima colony and our focused characters, Maki and Noritoshi. The previous chapter wrapped up the Tokyo no.2 Colony with Hakari recruiting more characters as their ally. Charles, a wanna-be Mangaka and Kashimo who wants to fight Sukana/Itadori. Nishimya came in flying and explained the rules they needed to put and which they should halt for now.

Upon hearing that Maki can enter and exit colonies at her will, Hakari is surprised, and we have a first look at our character for the new colony. Not only that, we are entering the new colony with a fight right from the start in Jujutsu Kaisen Chapter 191. Furthermore, Jujutsu Kaisen Chapter 191 raw scans and spoilers brought more and explained how Noshitori was exiled from the clan and who is the current head of the clan.

We go back to 11 days before the current date after the Shibuya incident occurred at Kamo Clan’s residence in Kyoto. Right after the incident occurred, Noritoshi rushed to contact Gakuganji and other clans to inform them of the situation and asked one of the servants named “Shino.” However, Shino does not recall Noritoshi and thinks he may be a wanderer who got into the Kamo estate.

Before Noritoshi could explain Shino, Kenajaku AKA Suguru Geto appears. Kenjaku tells him that don’t mind Shino because he has been wandering for about 150 years in the past.

Kenjaku tells him that he is impressed by the plan. The plan is to make decisions through Jujutsu Sorcerers headquarters by contacting Gakuganji and canceling the orders given by the headquarters of Gojo, seeming to be an accomplice in the Shibuya incident unsealing Gojo’s seal and Yuji’s execution. However, Kenjaku tells him he has already killed the higher-ups in the Jujutsu Headquarters and taken upon the Kamo clan as its new head. He lets Noritoshi get away because Kenjaku thinks that he won’t be able to do anything. 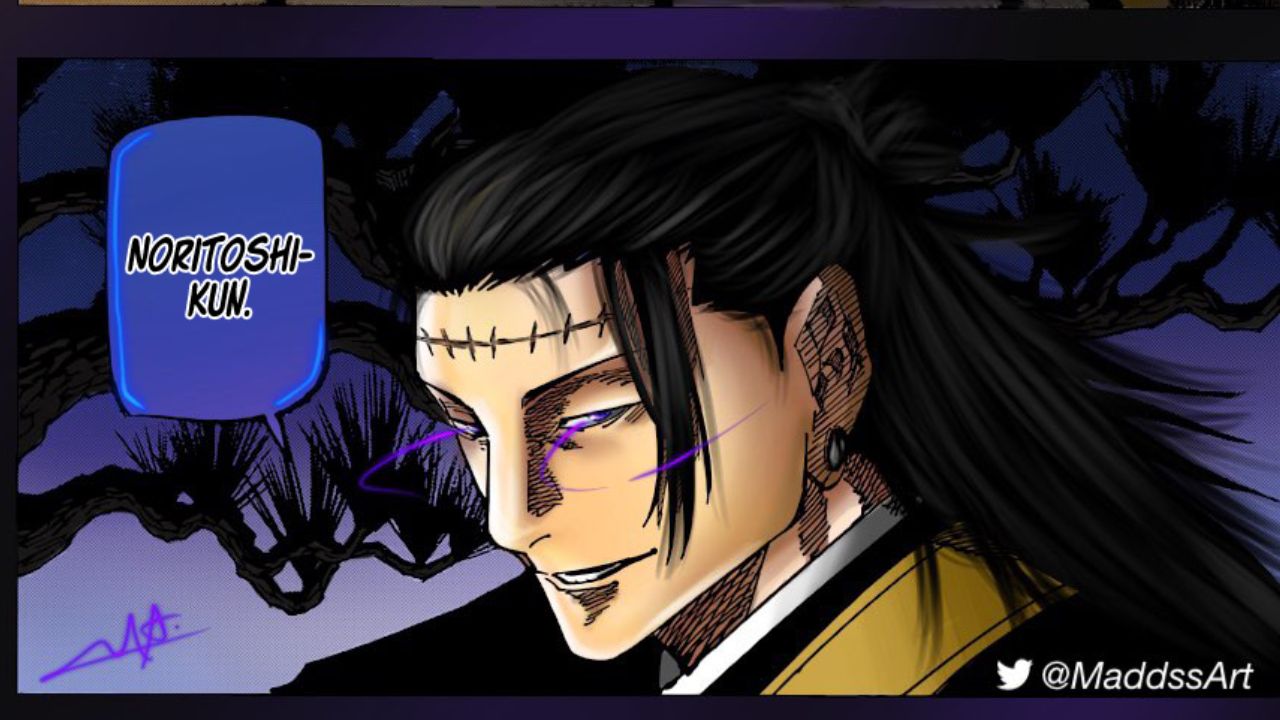 The new head of the Kamo Clan

In the second part of the Jujutsu Kaisen Chapter 191, we are back again on the afternoon of November 14 in the Sakurajima Colony, where the new curse spirit appeared in front of Maki and Noritoshi. Noritoshi is conflicted about the cursed spirit and thinks he is human; Panda is also considered a human. Maki, too is conflicted and senses something odd about the cursed spirit. The curse spirit rushes up to Maki at a speed that Noritoshi cannot follow through his eyes. The dash from the curse is so powerful that it is enough to create disaster around it. 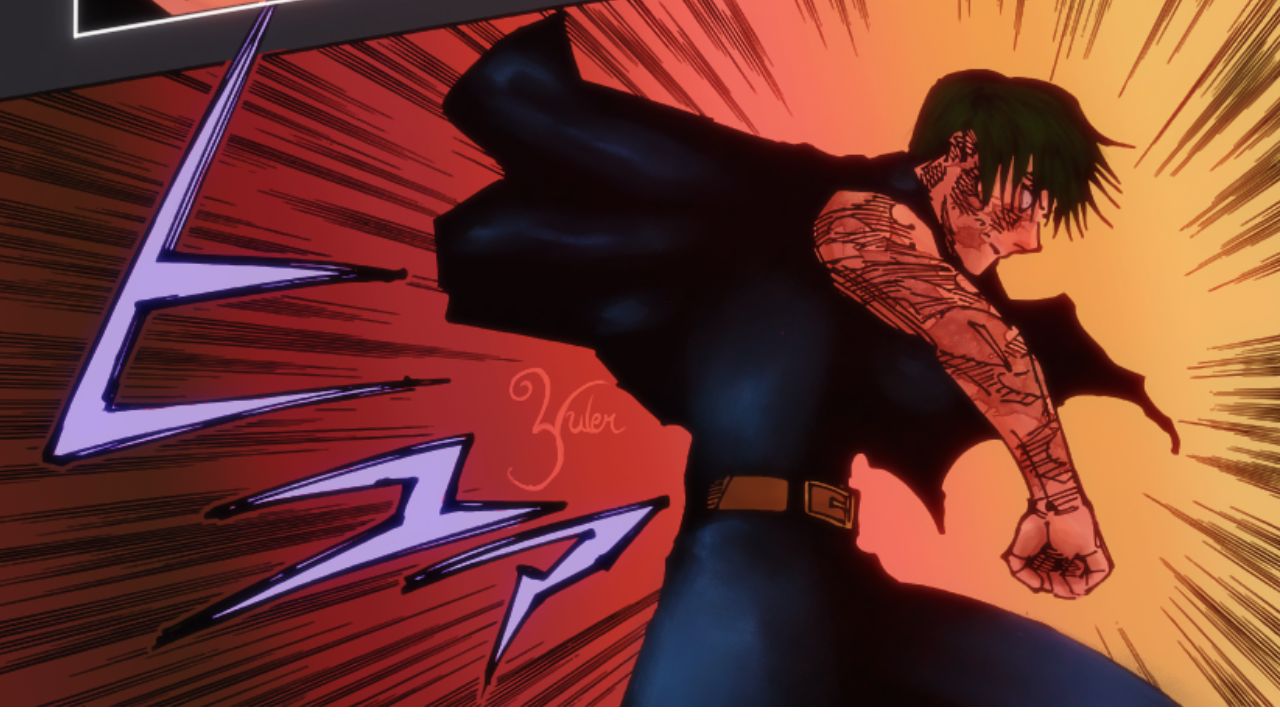 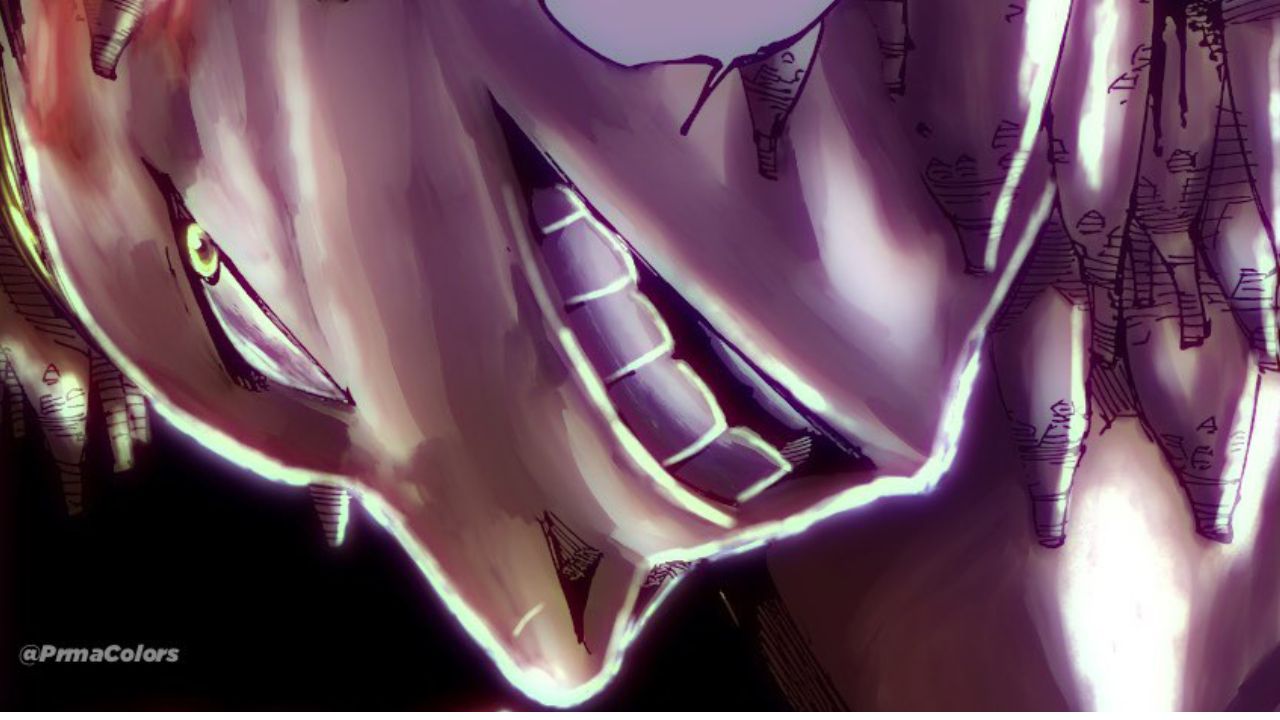 A face starts to appear from one of the holes of the cursed spirit. When the face appears properly and says, “Hello, Maki Chan,” the face is revealed to be Naoya’s. Maki is surprised to see him and thinks aloud, “Naoya?”. Naoya tells her that he has also come to this site. The side that he is referring to is possibly the side of the strong one where he saw figures like Toji and Gojo, a strong side. The chapter also reveals that the next chapter, Jujutsu Kaisen Chapter 192, will be on a break in the next issue. 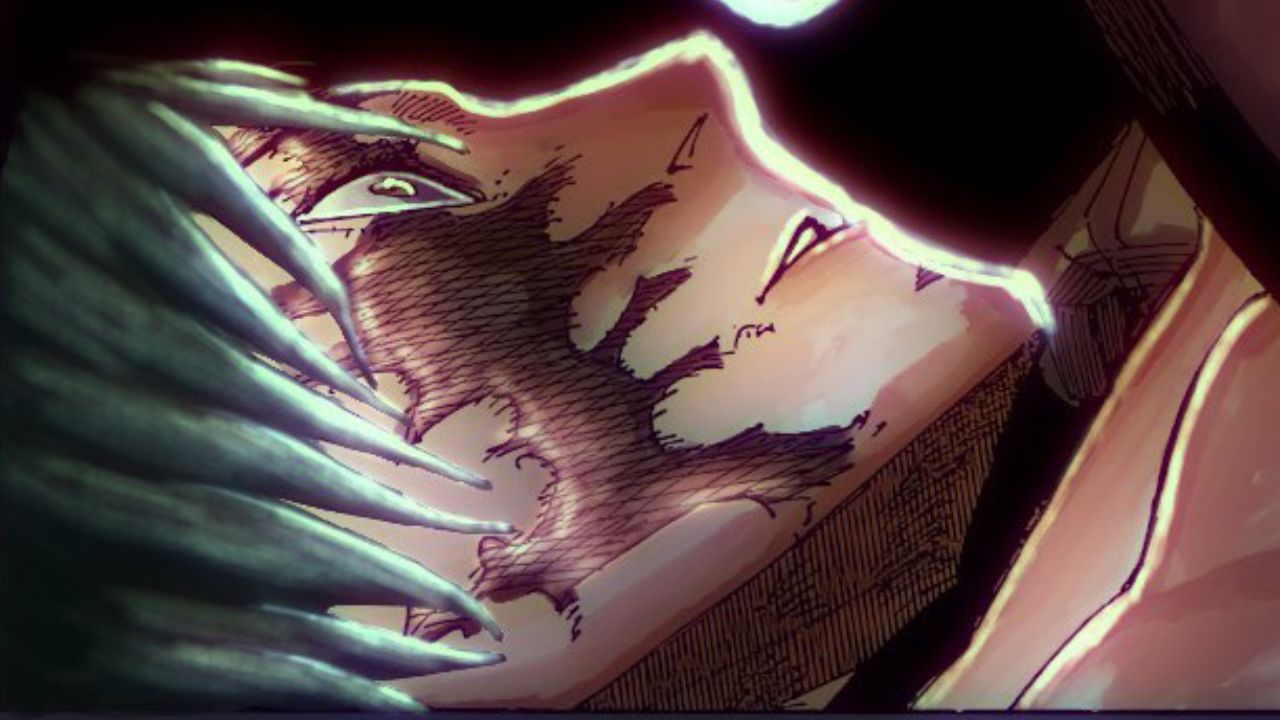 Jujutsu Kaisen Chapter 190 will be released on Monday, July 18, 2022, a day later than its usual release. You can read it for free on Viz once the chapter is released.