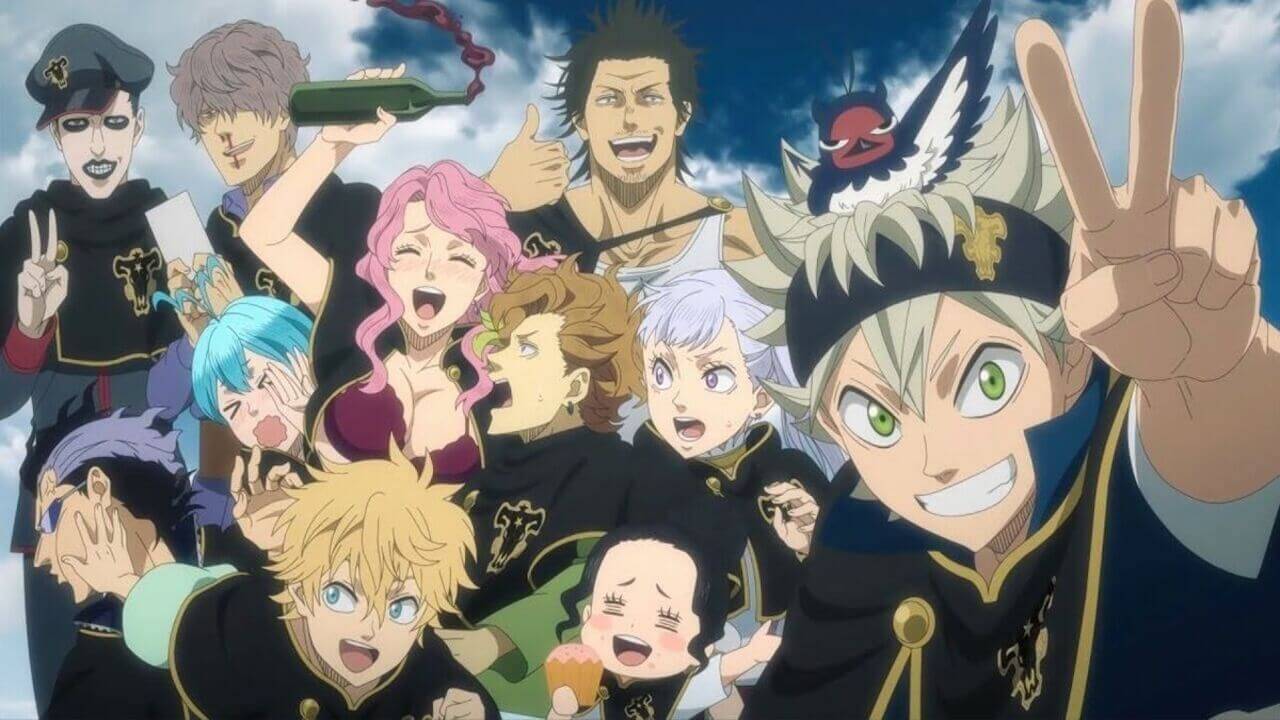 The second month of the year comes with more updates for the anime as Winter 2021 anime season continues once more. We will be looking at the upcoming episodes across all popular anime for this week. Some include the newly coming series that you should check out, while some have been ongoing for a while and will be coming up with new episodes.

Various animes have entered new arcs, anime like One Piece, Black Clover, and even Boruto have entered their respective new arcs, which are worth looking forward to. This week will see more updates on new episodes. Let us start by looking at the week’s major updates; then, later on, we will look at the anime episode release schedule for the entire week. Let’s get started:

Jujutsu Kaisen’s new episode saw the continuation of the wacky exorcism race. At first impression, this appeared as an opportunity for the higher-ups to kill Itadori. But Todo from the Kyoto school has other plans in mind and has found a best friend in Itadori. For more updates, you can take a look at the full anime post: Jujutsu Kaisen Episode 17

Attack on Titan Season 4 continues with the ongoing war between Marley and the survey corps. In the last episode, the Warhammer Titan fell, and Eren devoured it. Now the Jaw Titan is next, and Eren is about to eat it next. But Reiner now stands before Eren and want to save the Jaw Titan. For more details on this intense confrontation, you can take a look at the full post of the anime: Attack on Titan Season 4 Episode 9

The spade kingdom’s Dark Triad has invaded the golden dawn headquarters looking for Vengeance, the squad’s captain. They made easy targets out of the squad members, leaving almost half of them dead. When Yuno made it back, he managed to hold off his own but was defeated by the dark triad leader, who uses strange bone magic. More on the next episode: Black Clover Episode 162

The Kara Arc has started a few episodes in Boruto anime and is now slowly picking up pace. The crashing of their airship in the Land of Fire’s borders has attracted attention from Konoha Shinobi, and it is just a matter of time before the leaf shinobi comes across Kara Inners. The last episode saw Ao attacking team 7 with the intent to kill as a Kara outer. More updates on the full anime post: Boruto Naruto Next Generations Episode 185

One Piece anime has finally visited Wano country during its glory and peaceful times. It was before Kaidou and Orochi planned to overthrow the daimyo and shogun of wano. It means that there won’t be developments towards the raid for some time as the anime explores history until Kaidou attacked and executed Oden. More updates on the anime post: One Piece Episode 961

The invasion into Meeden’s headquarters has finally reached its end. At first, it appeared that the invading forces had the upper hand, but they were strategically defeated. This led to their forces’ total defeat, starting with their leaders after the expedition ship. More news about the next episode: World Trigger Season 2 Episode 5

Ban ha finally met Meliodas in Purgatory, and they are on their way to confront the demon king. Meanwhile, Merlin and Escanor’s group continues to clash with Zeldris of the ten commandments. Their fight just got more intense, with Escanor stepping up and landing a fatal blow on Zeldris. The next episode will come out next week; take a look at more details: The Seven Deadly Sins Season 5 Episode 4

The stone wars have officially started in Dr. Stone Season 2; Senku successfully sent a communication device to his grave in Tsukasa’s kingdom. Things went his way when they managed to convince one of Tsukasa’s guards into joining their sides. More updates: Dr. Stone Season 2 Episode 4

Emma, Ray, and the kids have successfully escaped the raid in their hideout. Now the Gracefield farm has deployed the kids’ mother in an attempt to capture them from escape. Things could not be any worse for the Gracefield escaping kids. But they have already found their next destination and are on the run. More updates about the next episode: The Promised Neverland Season 2 Episode 5

The Eurazania Kingdom’s events have come to pass, and now Rimuru is on good terms with demon lord Charrion. Next, e went back to Dwargon to establish a liquor trade, which was a success. We will have to find out what he is up to next in the anime new episode: That Time I Got Reincarnated as a Slime Season 2 Episode 4.

Subaru has become successful in liberating the Sanctuary and now is left with just the mansion to save. But in the meantime, Emilia takes a journey through the memories. She has just started with the trial as she will be confronting the worst times she has ever been through. Next episode release this week as well: Re Zero Season 2 Episode 42

I’m a Spider So What? Episode 5

I’m a Spider So What? has entered new territories and appears to be speeding things up. The level up of Kumoko, who appears as a nameless spider character, just skyrocketed in the last episode. She was up against a horde of suicidal monkeys that could do anything to see her dead. But she has survived and unlocked a new evolution stage, more details: I’m a Spider so What Episode 5

Tomozaki has finally snapped out of it and lashed out at people who despises Tackafam. The last episode of the anime was intense but also hinted at an exciting twist at the end. Tomozaki ended up asking HInami out on a date, and it looks like that is what the next episode will center around. More details on the full post: Bottom-tier Character Tomozaki Episode 5

The Hidden Dungeon Only I Can Enter Episode 5

Noir finally found an excellent way to remove princess Maria’s 16th-year curse. But this comes with sacrifices as Luna, an elf with the skill to remove the curse, told him that it would reduce her lifespan, and she probably doesn’t have enough left. Now Noir has to improvise and come up with a new way. More details on the next episode: The Hidden Dungeon Only I Can Enter Episode

The last episode of Suppose a Kid From Last Dungeon Booniee Moved To Starter Town finally saw the demon lord’s emergence. It was quite a comedic fight as it appeared that the king was only possessed by a lowly demon king who was quickly dealt with. More updates on the next episode of the anime: Suppose a Kid From the Last Dungeon Boonies Moved to a Starter Town Episode 5 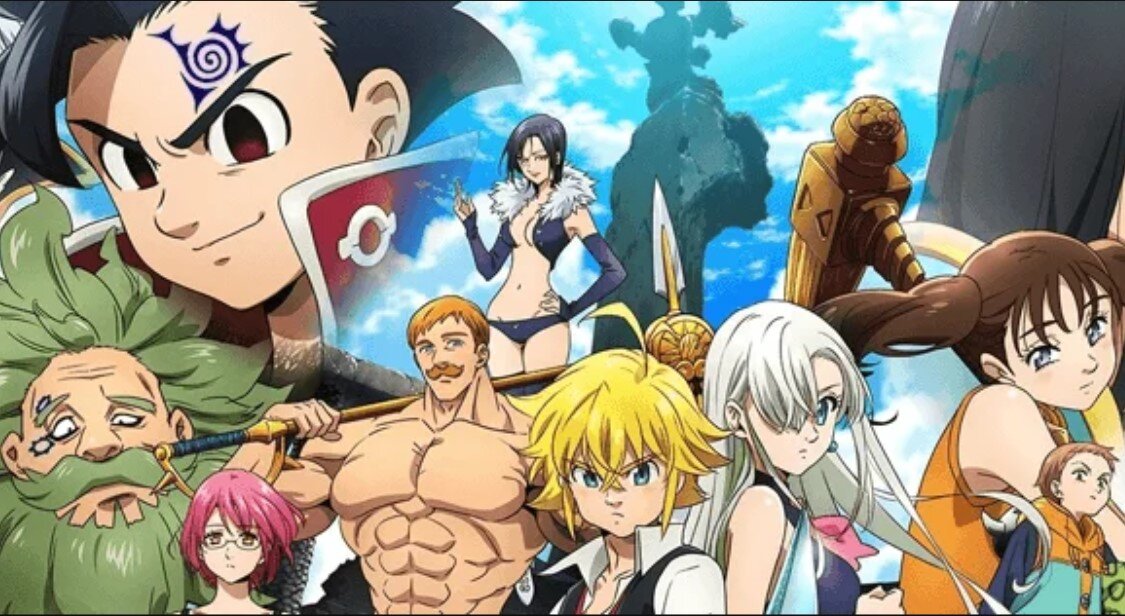 Other Anime Releasing this Week

This is as far as the updates for the week go. We have finally entered a new month as Winter 2021 anime season continues. All titles for the season are underway and will be releasing new episodes each week. As usual, we will bring you updates weekly, so make sure to visit our site regularly. Most of the shows here you can stream online on Crunchyroll and Funimation. And the dubbed version of new episodes might release later on for the new coming animes.