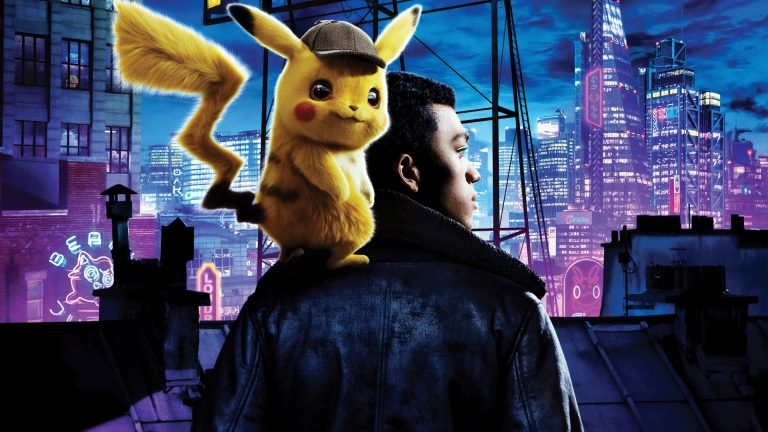 The streaming giant Netflix is a monolithic platform for original programming, moving away from licensed films, fresh and old in recent years. In addition, space was opened for service for movie fans in the click-and-watch galaxy. Enter: HBO Plus, Warner Media merger of Warner Bros. films, Criterion Collection, Turner Classic Movie highlights, and HBO’s own certified collection.

All the films are in random order curated best for the viewers’ experience.

Detective Pikachu tries to catch what we love most about the Pokémon Franchise. It’s not fights or clever moves — it’s that these little animals exist alongside humans, and they can be their best mates. The story of the film is simplistic, with the surprise most people saw coming, but it’s full of heart and the very nature of the Pokémon universe. Ryan Reynolds is the voice of a desperate Pikachu who accompanies Tim Goodman (Justice Smith) in his search to find his father. Kathryn Newton is a dedicated reporter, Lucy, whose companion Pokémon is a delightfully confused Psyduck.

The film is best known for the on-screen chemistry of Seth Rogen and Charlize Theron. A writer named Fred Flarsky played by Rogen is reunited with the American Secretary of State’s who also happens to be his high school babysitter Charlette Field (Theron). She wants a new speechwriter to support her in launching a political campaign and reaching out to Fred. At first glance It may easily seem to like the basic trope “A Normal guy gets a beautiful female out of his league,” but from the moment when the two characters communicate the connection is much deeper than other films.

Stanley Kubrick is one of the legendary directors and his film 2001: A Space Odyssey is a masterpiece that had always been a genre-defining film. If you’ve never seen this cornerstone of the genre before, sculpt the 142 minutes and prepare for something that’s a lot more exciting and mesmerizing than the constant praise you may assume. It has an iconic image, thanks to Stanley Kubrick’s science fiction drama, burnt into the collective consciousness of the pop culture.

Joker was one of the best films from the last year and what a film is this amazing. Pheonix plays Joker and has also won an oscar for his acting that was also mindblowing if you have missed out on theatres then go check it out. Todd Philips has done s good job directing and writing this film and he made this incarnation of joker a little different that has never been seen in the comics or film. Some parts of the film are adapted from the killing joke as the origin both in the comic and film he was a failed comedian.

This film tells the story of the director’s own childhood sexual abuse and the effects on life and relationships. Directed by Jenifer Fox who is an acclaimed documentary filmmaker. The film got praised by the critics when it got premiered at the 2018 Sundance Film Festival. The tale never fears to show the harsh reality and was among my favorites films from the year 2018. Now you all can watch it on HBO Max.

Movies just don’t get any more fun than this Oscar-nominated film starring John Cleese, Jamie Lee Curtis, Kevin Kline, and Michael Palin, it is a British American film which is also the last one from its director Charles Crichton. The tale of a jewel theft gone really wrong, the barrister who gets embroiled, and the fish trapped in the middle is constantly included on the shortlist of the funniest movies ever made. A spiritual sequel, Fierce Creatures, was released in 1997. Kevin Kline won an academy award for the best supporting actor which is rarely won by an actor doing a comedy film.

Steven Soderbergh ‘s film has become a hit due to its subject matter and the chiseled bodies on display in it, but it’s a smarter, more daring film than its reputation might lead people to believe. It’s really an early commentary on the gig economy, on how people have to scramble and do whatever it takes to make the ends meet. And it features great performances from top to bottom, including one of the best in the career of Matthew McConaughey.

It is one the earlier known film of James Cameron who laters becomes the visionary director who made films like Avatar and Titanic. It is a sequel to Alien which was directed by Ridley Scott, which is also available on HBO Max. This film solidified Cameron as the new king of sci-fi genre films. The film follows Sigourney Weaver’s character, Ellen Ripley, as she returns to the moon where her crew gets to know about Alien creature, this time accompanied by a unit of space marines. Some other cast includes Carrie Henn, Michael Biehn, Paul Reiser, Lance Henriksen, Jenette Goldstein, William Hope, Al Matthews, and Bill Paxton.