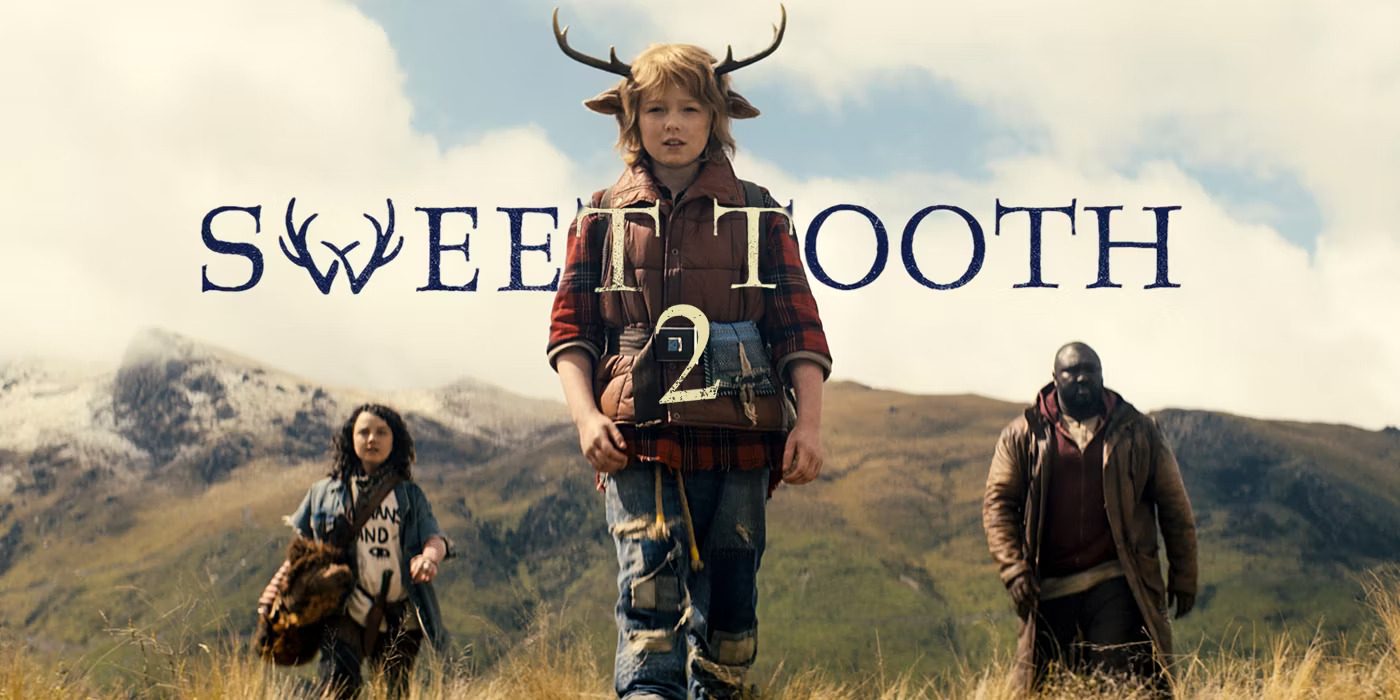 Netflix’s Sweet Tooth Season 1 ended with a final sequence that teases what could be the biggest twist in Sweet Tooth Season 2 after eight grueling episodes full of twists and turns. The series’ long-missing character Birdie is shown to be alive and hiding out in a U.S. Army facility in Alaska in the closing moments of the season finale. Although the scene is brief, it contains enough unnoticed details to imply that a significant plot point is just around the corner.

The premise of Sweet Tooth is a planet where human society is on the verge of crumbling due to an occurrence called the “Great Crumble.” Even though some people survive this calamity, the world is changed forever as the Sick disease spreads wildly through towns and hybrid infants with animal-like traits start to be born. Gus, a youngster with deer horns born into this new world, embarks on a risky search for his missing mother, Birdie.

He travels the harsh countryside with a stoic nomad named Tommy Jepperd. It is noteworthy that Birdie’s true location is in Alaska because that is where the mythical roots of the hybrids are uncovered in the original Sweet Tooth comic book.

The revival of Sweet Tooth is not a huge shock. The series not only surged to the top of the Netflix charts, but the streaming service also revealed that more than 60 million member households had watched it since it first premiered, earning it a prominent place among the most-watched English-language exclusive series on Netflix. Less than two months after the show’s premiere, the streamer announced in a video on July 29 that Sweet Tooth Season 2 will be released soon. 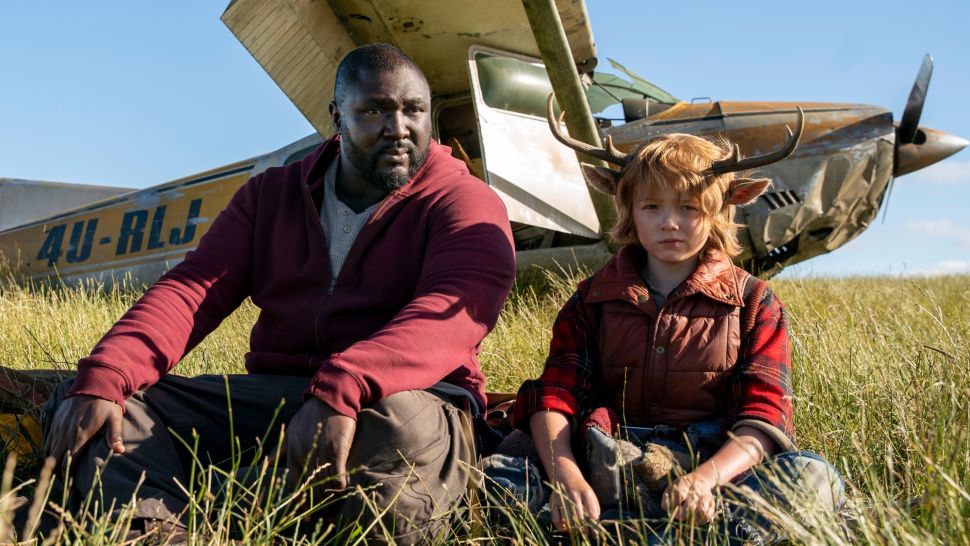 According to data, the show was popular across practically all Netflix regions. This year has shown us that the majority of shows that can remain in the top 10 in at least one major region for about 30 days will receive a new season. The series spent about 30 days in the top 10 in the US. That duration was 32 days in the UK. In reality, this monitoring of Netflix indicates that the program was popular worldwide.

Netflix Filming for Sweet Tooth Season 2 is already complete. On June 6, 2022, Netflix announced the news at Geeked Week. Behind-the-scenes footage of the cast and crew rejoicing during the announcement was shown. On June 10, 2022, the filming was finished earlier than expected. James Brolin reads the opening voiceover of the brief Sweet Tooth Season 2 trailer. He explains, “This is a tale. The tale of a very unique group of individuals who found themselves near the end of Sweet Tooth Season 2 filming.”

The release date for Sweet Tooth season 2 has not yet been disclosed by Netflix. And obviously, we can make predictions. The likelihood of a Netflix release in 2022 is not promising. Early in 2023, Netflix will likely start streaming Sweet Tooth season 2. There are now several Netflix shows that finished production in June and are set to release near the end of this year. We doubt that will be possible for Sweet Tooth Season 2. This show has fewer VFX than others, but it still has other time-consuming aspects. At the earliest, Sweet Tooth Season 2 should be available on Netflix in Q4 2022. (October-December). 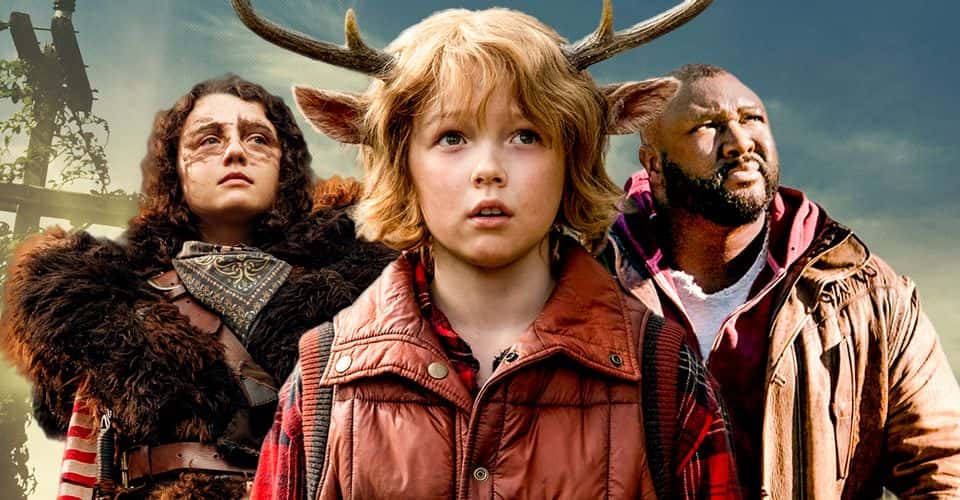 Eight episodes will make up Sweet Tooth Season 2. It will continue the storyline of the birth of hybrid offspring. Gus, a little boy who is half human and half deer and lives in a rural region with his father, is the primary character of the story. Gus is brought to Dr. Aditya Singh in the final scene of Sweet Tooth Season 2, who is trying to develop a vaccine against the H5G9 virus.

However, after learning about Gus, he understands that this boy, a hybrid, cannot be divided. Instead, he chooses to carry on his research on Gus. Fans could see Aimee Eden, a former therapist, who wants to get away with her adopted hybrid girl Wendy, the other children, and Jepperd from Abbot’s forces after they kidnapped them.

It is almost certain that the major important characters from “Sweet Tooth” Season 1 will return for Season 2. Gus, a.k.a. the main character of Sweet Tooth, a deer-human hybrid created by Christian Convery, is the center of the entire program. The characters of Nonzo Anozie’s Tommy Jepperd, Adeel Akhtar’s Dr. Aditya Singh,  Stefania LaVie Owen’s Bear, Dania Ramirez’s Aimee, and Adeel Akhtar’s Dr. Aditya Singh will continue to play major roles in the story.

There will undoubtedly also be the awful Last Men and General Abbot, their commander (Neil Sandilands), to irritate the hybrids. Gus’ mom, Birdie (Amy Seimetz), who isn’t his biological mother after all but a geneticist who helped create the young hybrid and is still alive, may also make an interesting appearance in Season 2.

Casting for Sweet Tooth season 2 began back in Early September 2021. The second season of the show was specifically casting a variety of fresh hybrids (some of which have been seen in the comics and others which haven’t).

Mostly human, with bushy foxtail, red fur, and fox ears. He is a new member of the hybrid family and is cunning and distrustful. He has seen both the good and the evil in people, so he can occasionally be skeptical, even of fellow hybrids like Gus. He is bold, self-assured, and occasionally secretive as if he were planning a trick. Before they passed away, his parents taught him how to speak, but he is not well-spoken. He only speaks up when it matters. While others pay attention when he does. 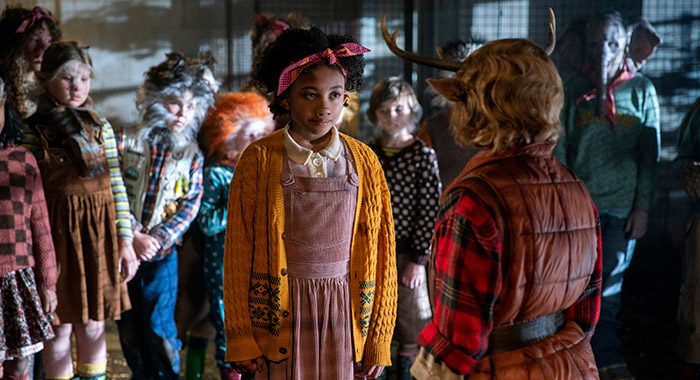 He has small flippers, large tusks, and expressive eyes. Being a newcomer to the hybrid family, he is still extremely reserved. He misses Aimee, his adopted mother, who has been trying to help him fit in with the group. Without a nightlight, he has trouble falling asleep since he is terrified of the dark. He speaks in the form of lyrics from songs. He speaks in a sing-song manner. He must be close to water.

She walks with thin, stork-like legs and has a beak. She is a bright, impatient child with strong opinions who doesn’t hesitate to voice them. Her poor vocabulary is the only drawback. She tweets or sings in an angry bird voice when she speaks. She can, however, precisely imitate the phrases and tones of others. She frequently gets into fights and can cause problems for the other group members. However, she prefers to irritate grownups to her siblings. 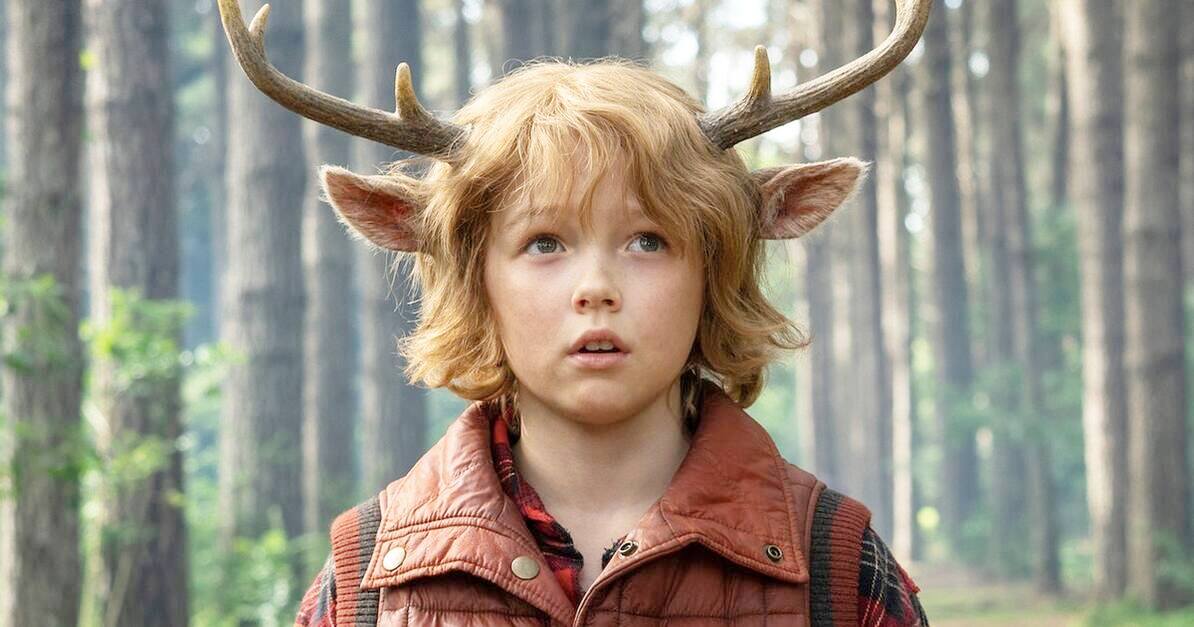 She is calm and wide-eyed, and she is always interested in puzzles and other people, pretty much everything. She will attempt to escape from a cage if she is trapped in one. She is fascinated by movement, whether it be people or lights. She enjoys taking long, peaceful naps in a ball. But as dusk falls, she spends hours playing with her siblings. She outruns her peers and moves with lightning speed. She enjoys taking care of her hair and her enlarged ears. She causes allergies in both people and animals.

The pictures of an old ship scattered throughout Birdie’s hideout are the primary hint that the upcoming season will provide more light on the origins of the hybrids. The H.M.S. Aberdeen, a ship with a similar appearance that departed England in 1911 on a mission to Alaska, is mentioned in a side storyline in the original comic. When the crew arrived at their destination, they saw that the locals had constructed temples containing the skeletons of hybrid individuals, whom they believed to be the gods themselves.

The Sick was ultimately brought on by contact with the hybrid remains, which killed every individual on board and prevented any witnesses from testifying to what they found. Years later, identical skeletons were discovered and used by scientists to revive the hybrid species. This successful project, however, also let the Sick loose on the planet. 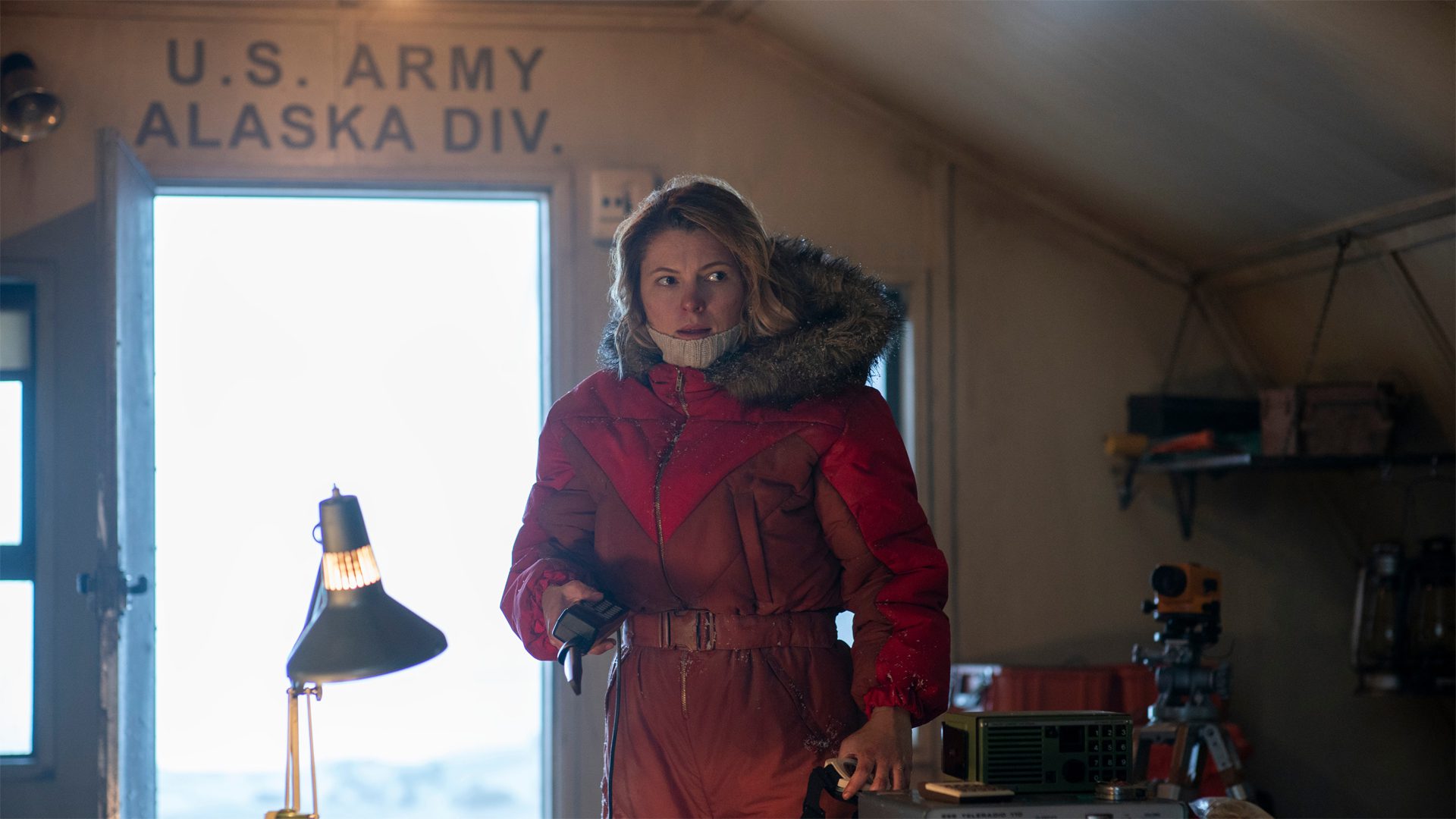 It is highly likely that Birdie is independently researching the hybrids’ origins in order to develop a vaccination given the show’s mention of the Alaskan research facility. Birdie was one of the lead researchers on the experiment that would produce the Sick, so if the first season of Sweet Tooth taught us anything about her, it is just that the Great Crumble was a huge shock to her.

Birdie has not only discovered a location where she may hide from any enemies, but she has also gone back to the area where the Sick’s original source was uncovered. It is conceivable that she wants to develop a vaccination without killing the hybrids, ending the bloodshed that has destroyed the society.

If Birdie’s mission is accomplished, the show may depart from the original story, but it has happened before on the show. In contrast to the depressing tone established by its comic predecessor, the Netflix version of Sweet Tooth has insisted on adopting a more upbeat tone in its storytelling. The adaptation’s fresh take on the narrative does, however, have the advantage of offering a novel experience to both those who have read the original Sweet Tooth comic book series and those who haven’t.