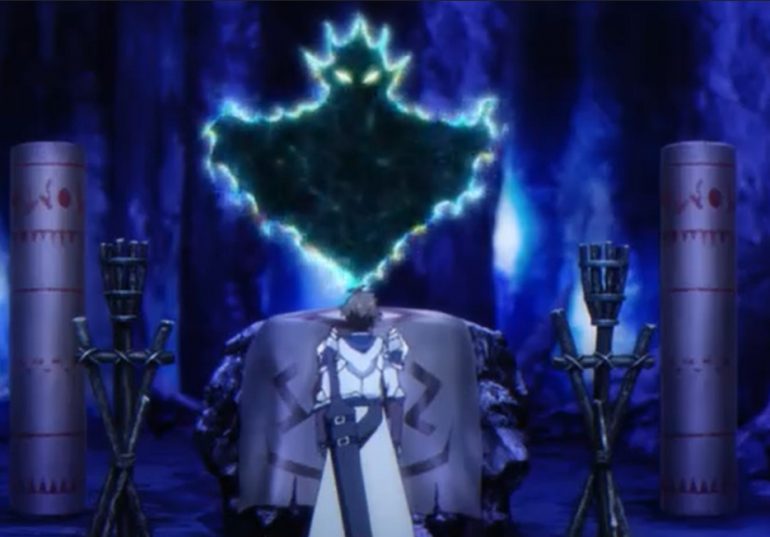 King’s Raid: Successors of the Will Episode 13 Updates and Preview

The Time for Trial

Kasel and his friends arrive at Ogria Mountain, and they learn that Chief Aetola has already passed away. The current chief Siege sends Kasel to the Holy Shrine, saying that there is a test for Kasel waiting for him. Siege also orders for Kasel’s friends to be held as hostages. Siege reveals that if the ancestral spirits determine that he is not the heir to the Holy Sword, he will be executed.

One of the Siege guards escorts Kasel to the Holly Shrine that looks like a cave mountain. The guard reveals that only the chosen ones are permitted to enter inside. A shrine is a sacred place used by the shamans for training. He also reveals that deep inside an altar where a test will be given to Kasel, people maintain a strong heart. Kasel enters inside while Cleo is wondering why they didn’t take their weapons.

King’s Raid: Successors of the Will Episode 13 Release Date and Recap

King’s Raid: Successors of the Will Episode 13 will be released on Saturday, 26 December 2020, at 1:23 AM JST. The new episode of this Anime will be released every Saturday. You can watch this Anime officially on  AnimeLab and Funimation. Let’s take a look at the recent development below.

Previously on King’s Raid: Successors of the Will Episode 12

Roy reveals that the shamans believe that they are powerful enough to take them down at any time. Since they didn’t bother about taking their weapons as they are taking them for granted. Cleo noticed that the place and its people are peaceful ones. Frey said that she wonders if the Orcs are peaceful people in normal circumstances.  Meanwhile, Kasel reached the altar and heard a voice saying who goes there.

It continues to say this is a holy place, who are you, show us your heart.  Different voices started to ask him if he has a strong heart or a weak heart. The voices started chanting, show us, show us your heart. Kasel started to hear those voices inside his head, and he couldn’t control himself. He got teleport into a dark space and started to hear a voice of a lady calling his name. He started wondering who is calling his name and he then saw a door and opens it.

When he enters the room, he finds that it is early in the morning. He met will a lady, and she greets him, calling him by his name and tells him that he show up on time for breakfast. When he looks, he finds himself as a young boy talking to her mother while enjoying eating his breakfast. Kasel’stold him that the weather is fine, they should go for a walk later, and he agrees. Meanwhile, the Orcs doubt that Kasel is the heir to the Holy Sword Aea.

They think the way Kasel defies Siege is terrible. One of the Orcs said he would like to slice Kasel into pieces, and Cleo interferes, saying how barbaric. The other one said that they must not focus on Kasel’s crew since he won’t survive inside the shrine. They are just waiting for that to happen and kill all of them. As they laugh, Cleo reveals that Kasel has already got one seal unlocked.

She also adds that he is truly the heir to the Holy Sword and Roi told her to stop. She replies that they will cry when they got proven wrong later while facing the truth. Frey is wondering what kind of test Kasel is taking, and Cloe thinks that it is interesting. Roi thinks it won’t be easy, and Cleo said that she knows how he will turn up since he is already the heir. Cleo started trobling the Orcs by asking them many questions, and they kept on ignoring her.

Back to the room world, young Kasel enjoys spending time with his mother at the flower’s field. While they are eating lunch, Kasel said that it feels like they were separated for a long time. His mother replies that they are together every day. In the evening, the young Kasel realizes that his mother is already dead. He then turned back to real Kasel, and his mother said he would have stayed happy if he didn’t remember that.

Kasel told her that he has to go, and she tries to convince him to stay. Kasel realizes that he has to have a strong heart and accept that her mother is dead. He has to continue with his duty as the Heir and unlock the second seal of the sword. He decided to leave since he doesn’t want to lose anyone dear to him again. He then teleported back to the altar, and the voices realized that he is the true Heir to the Holy Sword.

Suddenly Aetola shows up in the form of a monster shadow. He congratulates Kaselk for defeating his own illusion and reveals that the shrine serves to test shamans’ heart. Chief Aetola explains how the shrine works and the humans desire that makes humans unable to return to their world. He reveals that if Kasel’s heart were weaker, he would have been trapped inside the illusion forever.

King’s Raid: Successors of the Will Episode 13 Preview

We will keep on releasing new episodes and updates every week after the release of the latest episode. This week that all we have about this Anime’s latest youtube preview and updates.