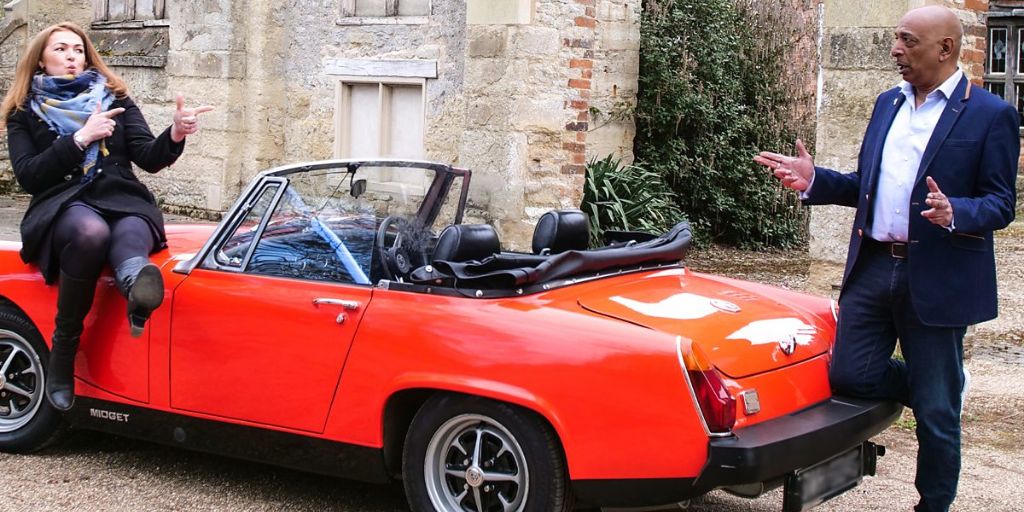 In August 2009, the series debuted as an unaired pilot. The two experts, David Harper, and Kate Bliss were each driving a classic car and free to roam wherever they pleased within a “work-day” time limit (9 a.m. to 5 p.m.) to buy up antiques with their £200 budget to make the most profit when auctioned off two days later.

They were encouraged to spend the entire £200, even if it meant spending any leftovers on small antique trinkets, with a penalty for not spending enough deducted from profits. In this version, the experts only interacted at the beginning and end of the episode, and the episode was ‘self-contained,’ meaning it wasn’t part of a week-long trip.

The format for a series had potential, but several changes were made. It was decided that the two experts would travel together in the same car, allowing for interaction between the two and that the ‘road trip’ would last five days with a more defined overall route. 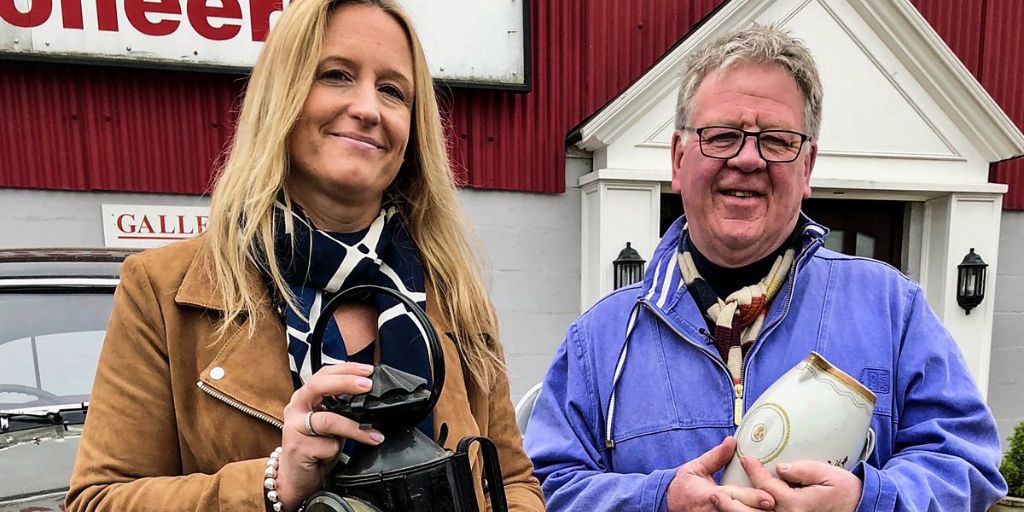 Also Read: Is Catherine Southon Pregnant with Third Child? All We Know About Her Pregnancy Rumor 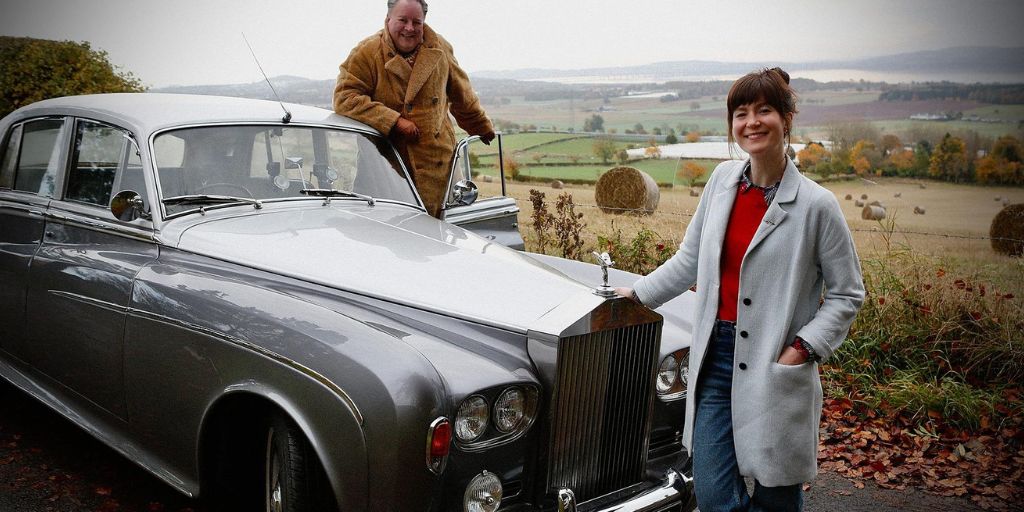 Also Read: No Recipe Road Trip With the Try Guys Episode 1 Release Date: Who Are The Try Guys?

What To Expect In Antiques Road Trip Season 25 Episode 2?

Raj Bisram and Irita Marriott are ambling around Northamptonshire on the second leg of our riotous road trip. Irita limits her spending spree to a very unusual B&B sign and an early 20th-century Japanese Satsuma pot. She puts her shopping on hold to learn about the ancestors of a former slave-ship captain who wrote the soaring spiritual Amazing Grace in the 18th century.

Raj collects a number of items during his tour of the south Midlands, including a lovely art deco silver trinket box and a 1905 kaleidoscope. Our antique expert visits St Albans to learn more about the only surviving medieval town belfry in England and why it is such a source of civic pride for all St Albans residents. Who will scoop up the profits and win the auction? 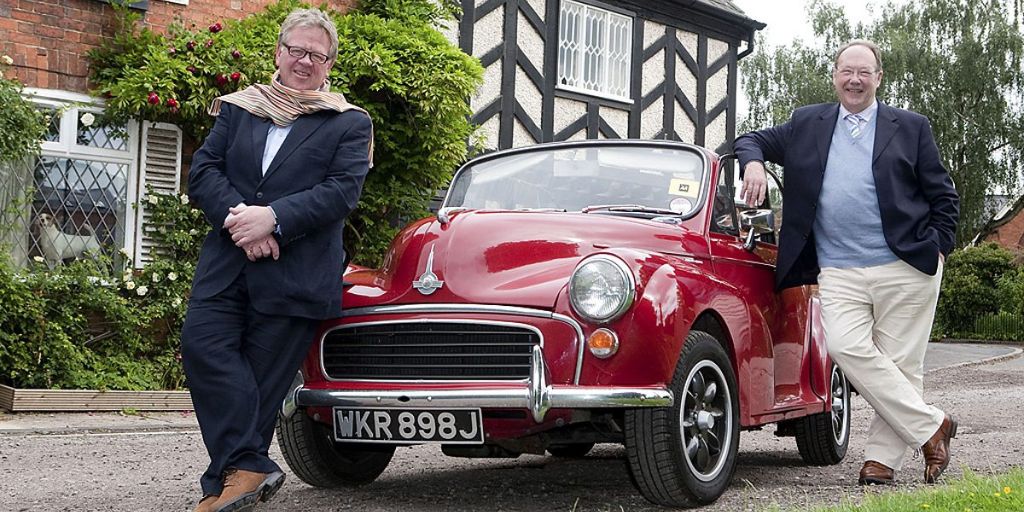 We kick things off with a bouncy new trip in sunny Suffolk with antique gurus Raj Bisram and Irita Marriott. Our pair is armed with £200 to spend on something delightfully antique in this riotous caper. Irita makes a cautious start, but she ends up blowing the lot on, among other things, a highly unusual 19th-century automaton. She also finds time to learn about Lowestoft’s local hero from the Great War, Tom Crisp, and how he took to the seas in his wooden fishing smack to battle the dark menace of the German U-boat. 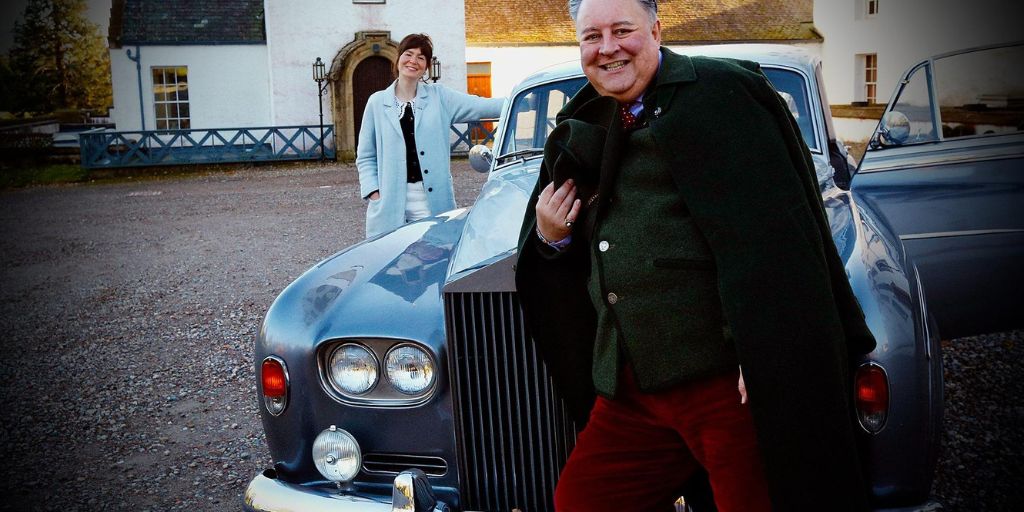 Raj, on the other hand, is full of energy as he acquires a slew of purchases, including a damaged Doulton stoneware flask that Irita believes is a duplicate of our very own Philip Serrell. Raj discovers why the last maharajah of the Sikh empire made this area his home in the late nineteenth century, as well as how extraordinary his daughter Princess Catherine was too early feminism and as a rescuer of Jewish families from Nazi Germany during his adventure. As if that weren’t enough, we also have an auction to attend. Who will be the first winner of this thrilling adventure?

What is Antiques Road Trip TV Show about?

Two antique experts compete against each other in the series. They are given a £200 budget to spend on antiques and collectibles, which are then auctioned off. Following each auction, the amount remaining in each expert’s kitty after costs are deducted becomes their budget for the following leg. The expert who makes the most money over five legs wins, with any money left in the kitty at the end donated to the charity Children in Need. Each leg is a single series that is normally broadcast from Monday to Friday. The experts travel to their various destinations in vintage car that changes every week. Since 2011, a celebrity version of Celebrity Antiques Road Trip has aired, in which each expert is paired with a celebrity, and each episode is a self-contained contest held over a single leg.