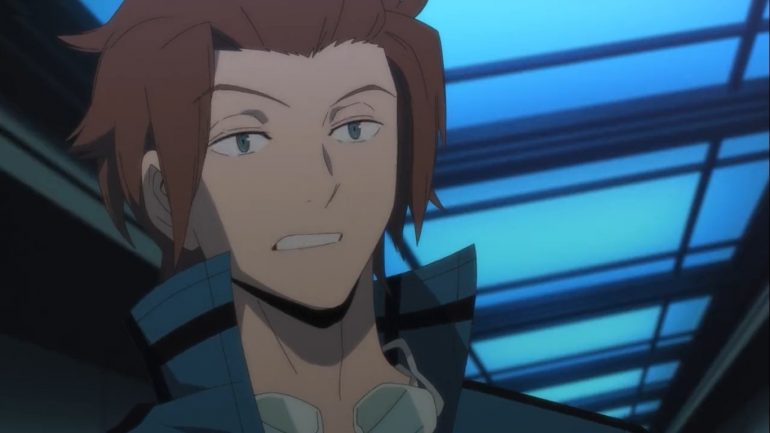 World Trigger Season 2 Episode 1 was just released, and after many years of waiting, we finally get the action we have been waiting for. The anime was on a hiatus for many years, which has left many fans losing the hopes of the anime returning. But when news came in last year, most fans were thrilled to get an anime’s official return finally. World Trigger manga is currently ongoing, and season 2 of the anime will continue where the anime adaptation ended up. The first episode was a hit and introduced a more powerful foe than we have ever seen in the anime.

With the release of World Trigger Season 2 episode 1, the anime returned straight to action. The anime started the episode off with the enemy troops going over their mission to stall Meeden. The enemy appeared to be strategically adept, and at the moment, they have all the advantages starting from a surprise attack. Even though Jin’s trigger will be countered, the enemy already has enough intel about it, so stopping him will be the least of their worries.

On the other hand, Meeden knows nothing about the enemy’s triggers, making this more difficult for them. The enemy planned to infiltrate and stall Meeden so that they cant go after Afto. Afton’s troops planned to finish all this in under 10 minutes. They already gathered all the info they need about Meeden, and their plan was proceeding flawlessly. So next, they aimed to attack Meeden’s base. They have exceptional triggers at their disposal and can summon neighbors using their technology, which gives them a tremendous advantage over Meeden.

Their strategy is to head straight for the Meeden expedition ship and destroy it. They intend to avoid any conflict, meaning that they will ignore them and proceed with their plans if they came across one of the Meedem Citizens. Three individuals infiltrated Meeden’s base, and one of them has a trigger that allows them to open portals that enable people to travel through walls. So moving to Meeden’s expedition ship will be an easy task for them.

Upon infiltrating, they encountered Jin first, but since their strategy focused on going for the expedition ship, they only defended while one of them portals them through the walls leaving Jin behind. With this, they managed to escape him. And now, this became the battle of strategies. Jin was now outmaneuvered, but other trigger users followed through, trying to stop them. And now Meeden intended to intercept them strategically.

A Battle of The Strategies

They started their analysis of the event so far and noticed that the battle outside is just a decoy. But they also noted the importance of not abandoning that battle as they start to notice the enemy’s weaknesses. And now it looks like Meeden is building upon a counterattack strategy. Their counterattack started on the battles outside as they dismantle the enemy’s strategic invasion piece by piece. With these small battles started both inside and outside, now the three individuals who infiltrated were under pursuit, and one of them decided to stall the attackers while the other two proceed to their target.

The outside force managed to push back the trion soldiers’ attack and are now making good progress. Things seem to have stabilized except for the two that are heading for the expedition ship. On what looked like Meeden’s time of redemption in their battle that they are already losing strategically, it appeared that it is about time the big shots make their move. But that is just as far as the first episode has taken us as it left us hanging.

The invasion will be continued in the next episode. Although this episode was filled with lots of action, we managed to see how versed the enemy is in infiltration missions. And according to their mission leader, they will finish all this in 10 minutes. This means that they only need to reach the expedition ship and destroy it. And based on how they managed to get in so quickly, their way out wouldn’t be as difficult. Meeden is running out of time, but the time to counterattack seems to be ready.

Meeden intends to play this from a strategic standpoint, and we will get to see how that plays through in the next episode. The suspense that Meeden is running out of time makes things more interesting. And a battle will likely ensue, and it will be a big one at that. Things wouldn’t be interesting if Afto’s invading forces reach their objectives so easily. But it is proving to be very difficult for meeden troops to stop them as well. The only information they have about Afto’s trigger is their portal trigger, and this is because they have seen it in action.

All this makes looking forward to things more interesting. The episode even left us hanging, so we couldn’t wait to find out what happens next—more updates next weekend when episode 2 is released. In the meantime, we can revisit how thrilling this episode was. It has been years since the last episode of World Trigger, and now it returns with a well-deserved action.

It will be more interesting to see firsthand how Meeden intends to deal with this invasion. The destruction of the expedition ship will set back Meeden by at least a year, and this would be the worst thing to happen, which explains why Afto’s forces are more focused on destroying it than winning battles. World Trigger Season 2 is amongst the early anime of the Winter 2021 anime season, and you can check out the latest news updates on our Weekly News Updates.