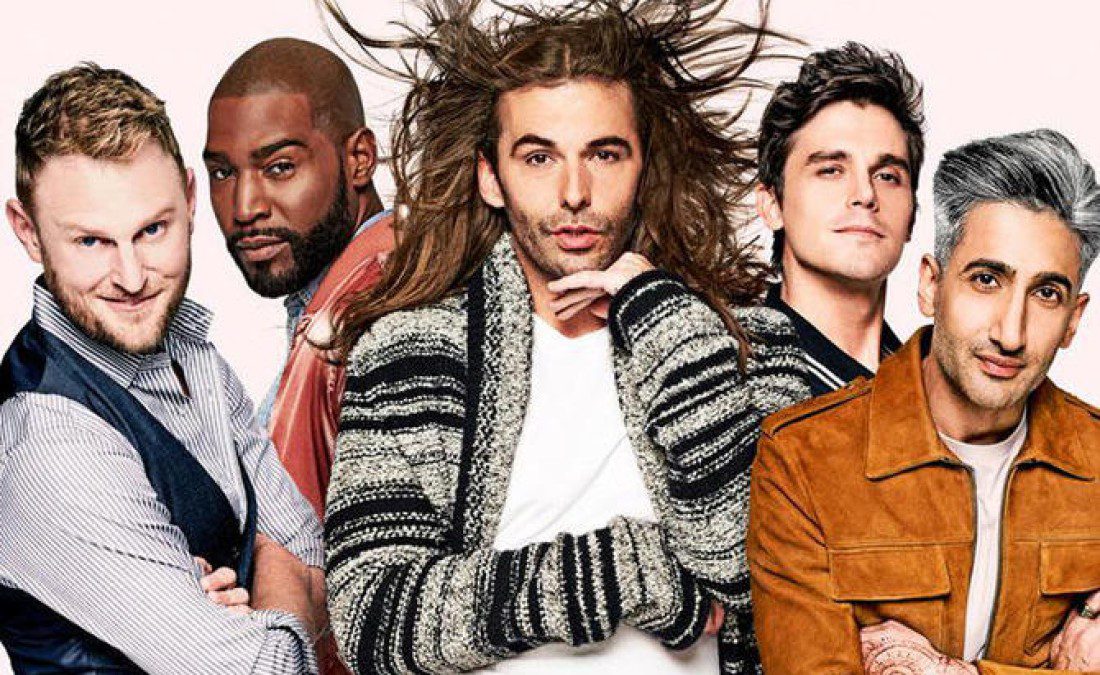 There are countless Netflix series available for binge-watching, but none of them compare to Queer Eye.  Five men who dramatically transform people’s life are shown in the show. These men act as sort of fairy godmothers who guide people toward their life’s purpose by advising them on everything from their attire and beauty regimen to their self-esteem and eating habits. The world needs more of it because it is magical. Therefore, it is only logical that people are searching for Queer Eye Season 7. Here is all we know about Season 7 of “Queer Eye.” Because you’ll want to be the first to learn when new episodes of this series are released.

Season 7 of the Netflix show Queer Eye is now under production. As a remake of the classic Bravo show Queer Eye for the Straight Guy, the Emmy Award-winning series made its streaming service debut in 2018. The new Fab 5, which consists of Karamo Brown, Bobby Berk, Antoni Porowski, Tan France, and Jonathan Van Ness, was an instant hit with the audience. The five men are followed in the Netflix series as they provide advice and assist the episode’s nominated hero in reinventing themselves for a happier future.

The Fab 5 establish their base in Austin and walk over to a family-run dance hall where they visit two-step dance teacher Terri White and her dad as the sixth season of “Queer Eye” officially begins. Terri is an elderly woman who, much to her daughter’s displeasure, is about to have her grandson move in with her and who is utterly scared of getting older. The group restores Terri’s self-esteem, teaches her how to age gracefully, and tries to fix her connection with her daughter. Even though they have made a lot of progress, she still feels self-conscious about her hair and won’t take off her wig at the end of the week. 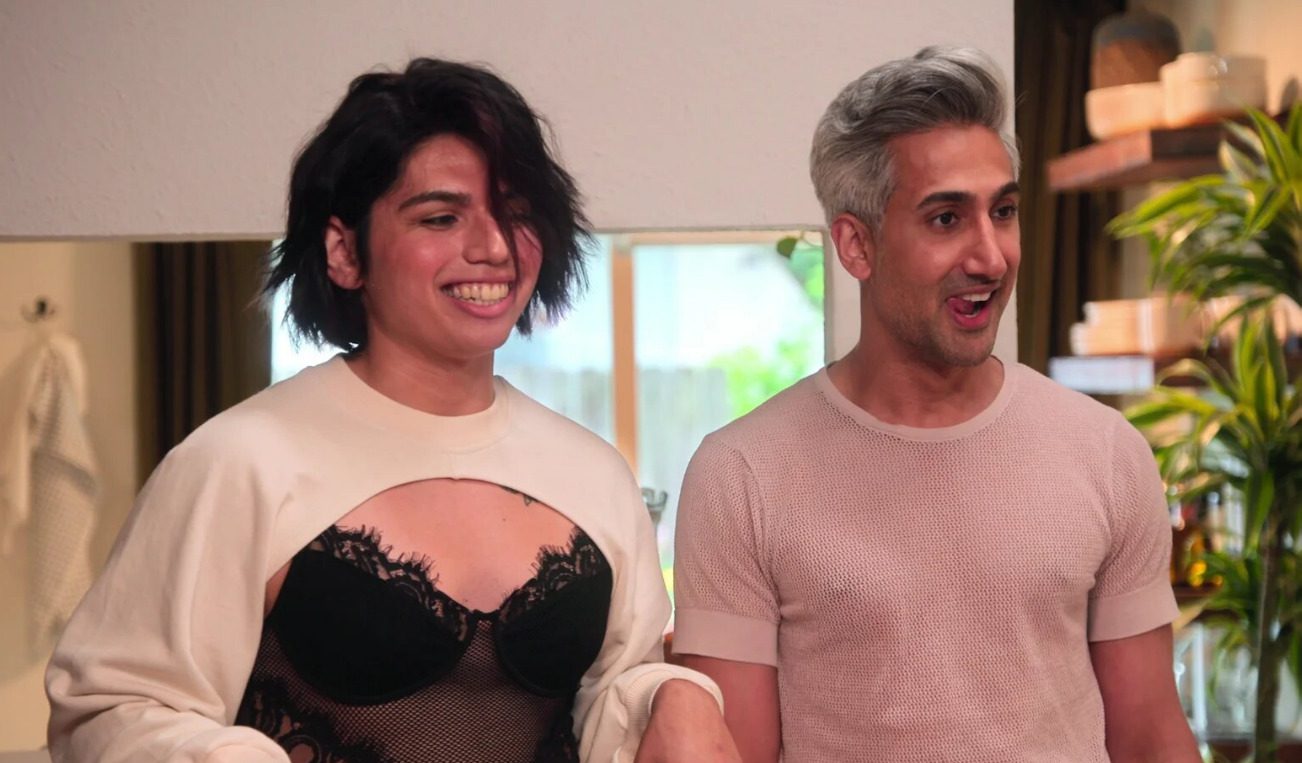 Angel Gets Her Wings

One of the most moving episodes of the sixth season is the second one. Transgender powerlifter Angel considers the gym to be her safe haven. But outside of the gym, she often struggles with self-awareness and is afraid of doing new things. One of the most significant people in her life, her father, stopped communicating with her after she started transitioning. The Fab 5 assist Angel in discovering her true confidence and, with her permission, make contact with her father to start a new chapter in their relationship.

One of the most heartfelt moments of the entire series was undoubtedly when Tan chose a few new outfits and Jonathan finalized Angel’s makeover. In fact, some viewers argued that the sequence should be necessary to watch since, after witnessing Angel’s joy in living her genuine feminine nature, who could oppose transgender rights? Finally, there was the tear-jerking reunion scene between Angel and her dad, in which he attempted to accept what she was going through.

Josh is a classic cowboy who spends virtually his whole day tending to his livestock, as we saw in another episode. He spends little to no time maintaining his hygiene since he is overly conservative and wants to present a macho attitude. He appears to be somewhat surprised by the Fab 5 and their manner on the day of their meet. For the first time in possibly months, the Fab 5 get together to wash Josh’s hair, and the water becomes brown.

However, the Fab 5 work their magic and assist Josh in seeing that there are several ways to be a guy. They inform him about what it means to be gay and even enroll him in a class on manners and table manners. Josh is able to have dinner with his ex-girlfriend, with whom he is still friends, at the conclusion of the week. He apologizes to her there for the first time in a formal and sincere manner. 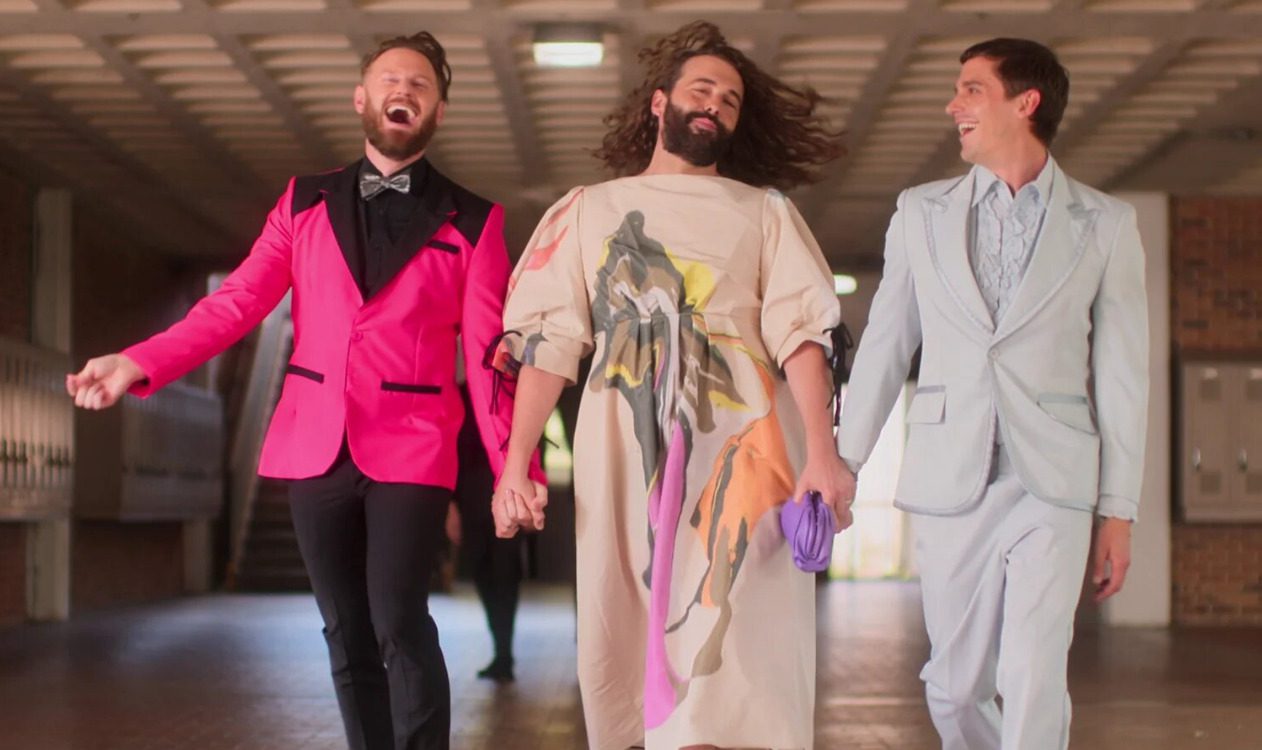 A Night to Remember

The Fab 5 then visit a neighborhood high school with students who are struggling economically and assists them in organizing their ideal prom within a week. Bobby finds them a bigger and better location while also remodeling the high school lounge as a gift for the next students from the class. Tan and Jonathan help them come up with the ideal concept for the celebration, Antoni enlists their assistance in helping to prepare part of the food, and Karamo speaks with them about their heritage and how the pandemic affected both their personal and academic life.

For being inclusive and representative, The Queer Eye has drawn praise. Thanks to the success and acceptance of the groundbreaking show, we will soon be able to watch our favorite gay men’s debates on Netflix. According to the top streaming site Netflix, the Emmy Award-winning series Queer Eyes will return for a seventh season. The Queer Eye LGBT ensemble is back for yet another thrilling season to discover individuals aiming for a gorgeous makeover and achieving their full potential. The five stylists will search for stunning makeovers and personality upgrades. 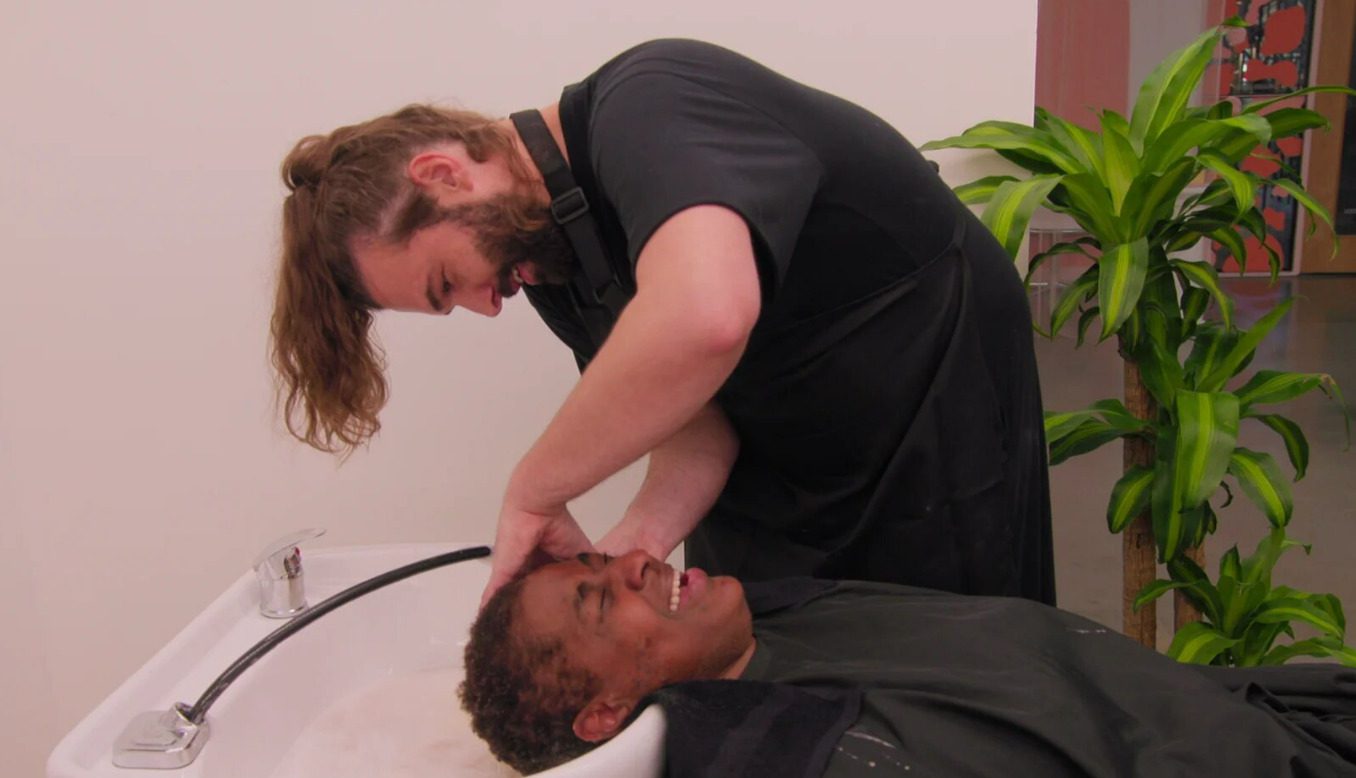 Several months before the summer launch of Season 5, Netflix revived Queer Eye for Season 6 in April 2020. Netflix probably would have released Season 6 in fall 2020 if it weren’t for the pandemic shutdown. Lockdown, however, has disrupted the show’s normal production schedule, which generally involves two seasons plus intermediate specials each year.  Despite there having been more than a year and a half between the fifth and sixth season, a potential seventh season may get things back on track with a late-December 2022 premiere, assuming when the Fab 5 can safely shoot.

One thing never changes, despite the fact that the seasons’ start times may vary: the Fab 5. The show’s headliners include Bobby Berk, Tan France, Antoni Porowski, Jonathan Van Ness, and Karamo Brown. There is a good possibility that the cast will remain since the series is renewed for another season. 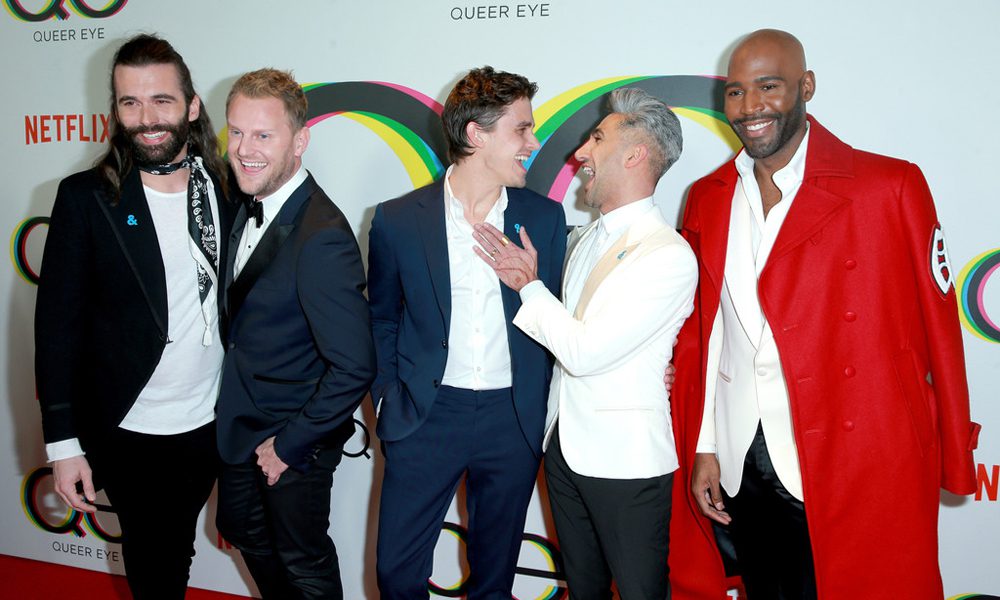 The five men have appeared in the show regularly from the start. The Fab 5 each specializes in a particular field. Tan is a fashion specialist and stylist, Bobby is a house decorator, Karamo is a psychological health and social justice campaigner, Antoni is a cook, and Jonathan is a hairdresser. The five friends mix their collective intelligence to significantly enhance the candidate’s life in every way. The series just isn’t the same without the five cast members who collectively give it a well-rounded, perfect balance.

Although they have stated they have no plans to leave the show, the celebs have also ventured out on their own. Jonathan has been marketing his haircare business, JVN Hair, while Karamo recently confirmed he would host his own daytime talk program in the fall. Despite the fact that each man is involved in other projects in addition to the series, they always make an effort to get together to film and impact lives. Since they began filming for Netflix, the five men haven’t skipped a single episode together, and Season 7 is expected to be no different.

Casting directors Pamela Vallarelli and Ally Capriotti Grant revealed in June how Queer Eye chooses its heroes/contestants. According to Vallarelli, the perfect hero is someone who would never predict this outcome or someone who would never put themselves out for nomination or submission. He also noted that they search for people that reflect different aspects of the city they are in. Grant stated that in addition to looking for people who “place themselves last” on their priority list, they also seek out people they “want to be around, spend some time with, and root for.” 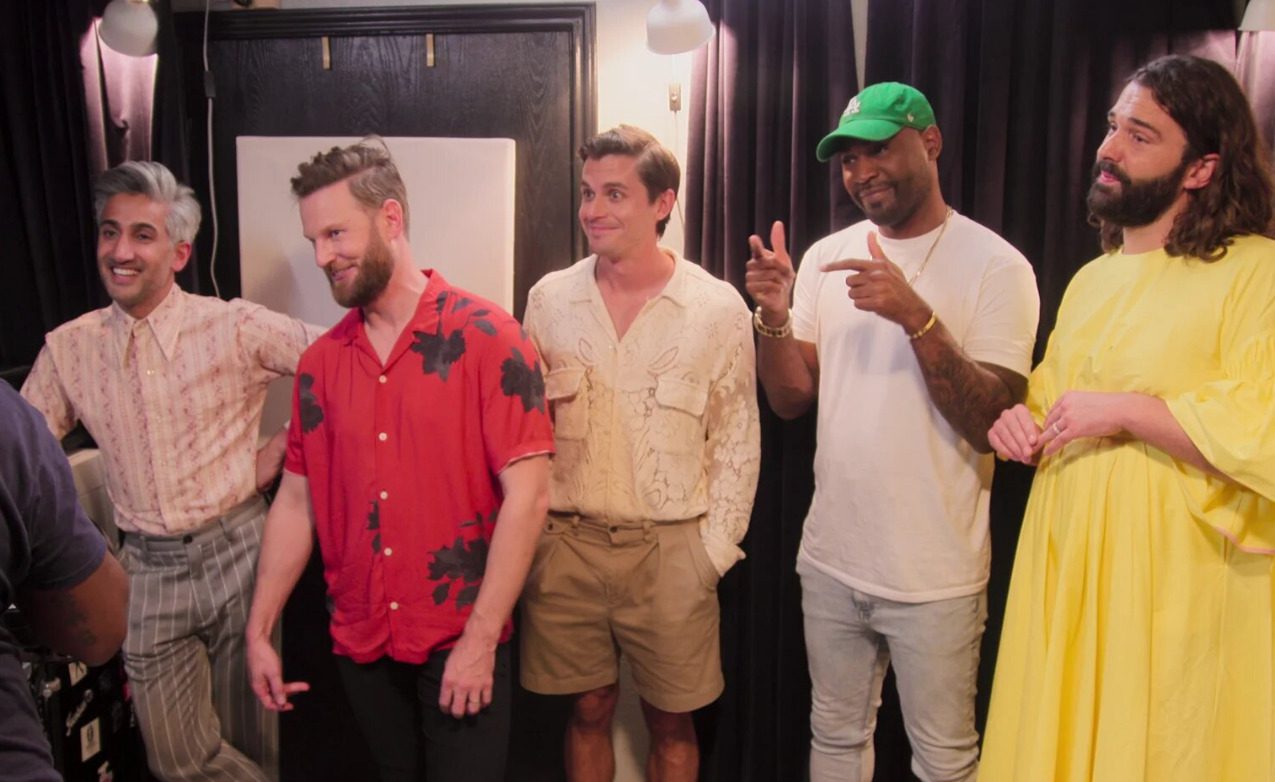 Despite the fact that they have all been fantastic on their own, the Fab 5 are preparing to reunite for Queer Eye Season 7 as they go to New Orleans. The wonderful news was announced on the main Queer Eye Instagram account. Funny animated animation of the five guys riding horses away from Texas, the site of season 6, and toward their new home in New Orleans was posted along with the post. Everyone should have a beignet! Then, they requested that local fans choose a local hero for one of the episodes by giving them information about who they knew. In order to find new subjects for their makeover show, the Fab 5 are headed to New Orleans.

Nominations for the forthcoming season were also listed in the announcement post. The Fab 5 should grab their things and go to New Orleans, one of the members of the cast Antoni Porowski said in a comment on the post. Fans also expressed their joy at the announcement of a new season as well as their surprise that Queer Eye is already in its seventh season in their comments. The Fab 5 traveled around Texas during the previous season, which premiered on December 31, assisting everyone from a mourning restaurant manager to a young trans exercise enthusiast. Fans also noted that Antoni would enjoy filming in NOLA because of all the interesting food available there.

Also Read: The Black Phone Ending Explained: What Happens At The End?