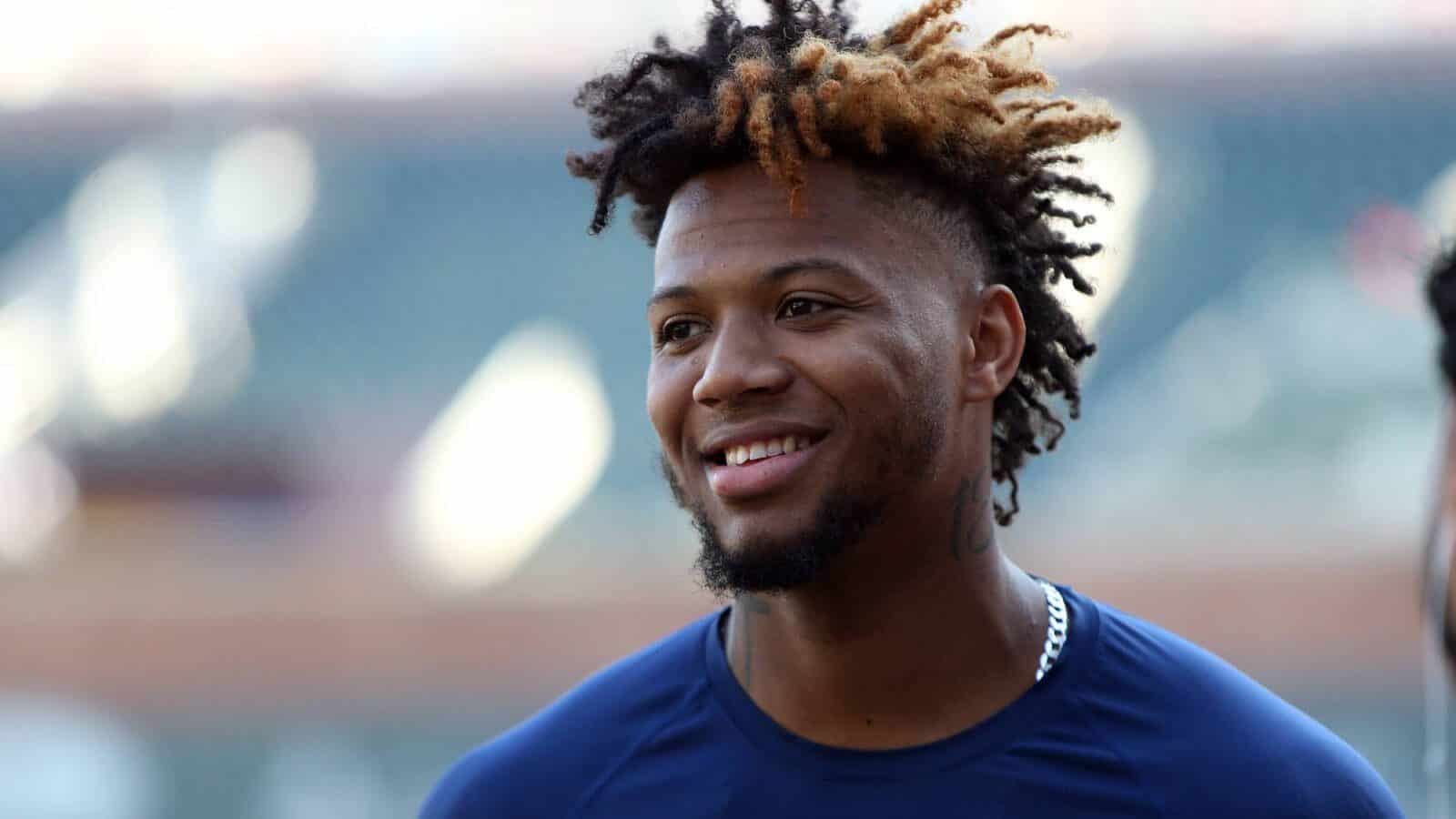 Venezuelan professional baseball outfielder Ronald Acuña plays for the Atlanta Braves. As Ronald initially signed with the Braves as an international free agent back in 2014, Acuña soon made his MLB debut later in 2018. Later, his excellent sportsmanship on the field earned him the National League Rookie of the Year Award.

Braves GM Alex Anthopoulos later tapped down Acuña to an eight-year, that was a whopping $100 million contract! Believe it or not, but this contract made Acuña the youngest MLB player to sign a hefty nine-figure deal! Last year as Ronald was 24 season, Acuña was playing in the fourth year of that deal!

It was just the very next season when Ronald Acuña was also named the MLB All Star. Not only that, but Baseball America gave Acuña the title of being the No. 1 Major League prospect that headed toward the 2018 season. Ronald Acuña Jr. has an athletic family background as Acuña’s grandfather, Romualdo Blanco, and father, Ronald Acuña Sr., were also athletes who played in minor league baseball.

Fans have been curious to know more about Ronald Acuna’s personal life as well. Let us take a look at all the details and lesser-known facts to find out who is Ronald Acuna’s girlfriend.

Ronald Acuna’s girlfriend is rumored to be Eva Luccia. While not much is known about the relationship, given how the young athlete has managed to keep it all away from the media limelight, it seems like the two have been together for a while now. 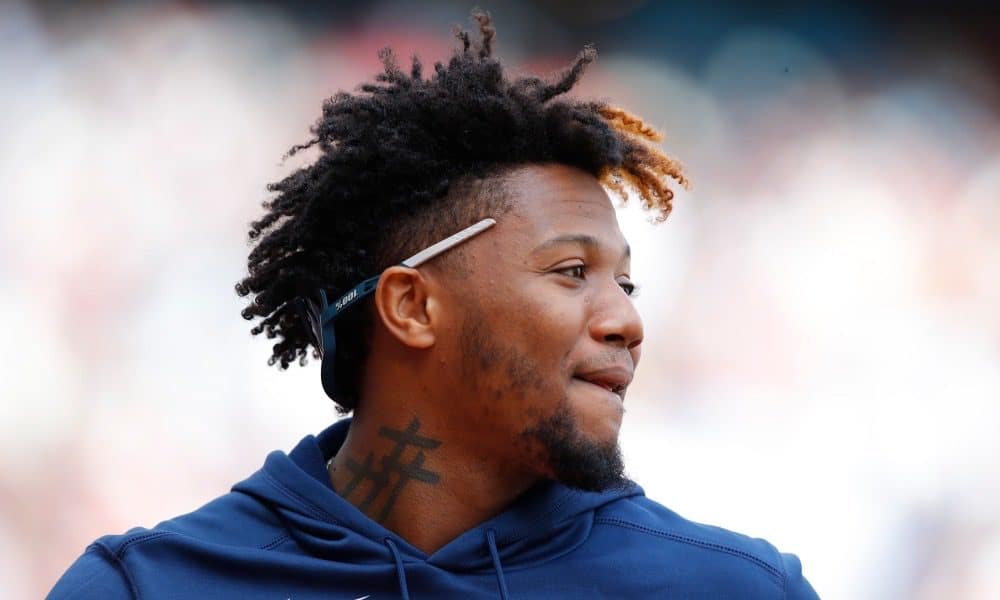 Paparazzi spotted Eva Luccia and Ronald Acuña back in 2019 as the two soon sparked dating rumors after reportedly being together from 2019 onwards.

The two were initially linked together around July of 2019, and at that time, it was claimed that the alleged pair had been dating for months now. The athlete has not opened up much about the relationship and intends to keep it that way, it seems.

Also read: Who is Micah Parsons’ Girlfriend in 2022?

Who is Eva Luccia?

While Maria Laborde seems to maintain an extremely low profile on social media, her followers can get a glimpse of her life through her Instagram account. Turns out, she is quite a fitness freak and updates her social media followers with workout videos.

Eva Luccia seems to be having a few celebrity friends as she was once photographed with the famous Venezuelan singer named Zion, who rose to fame after being a part of the duo Zion & Lennox. The rapper and singer have a whooping 4 million followers on Instagram as well. Luccia has also been pictured posing with renowned DJ David Guetta.

While it can be assumed that the young athlete is not married yet, Acuña recently sparked engagement rumors after a video went viral featuring the athlete getting down on his knees to pop the question. 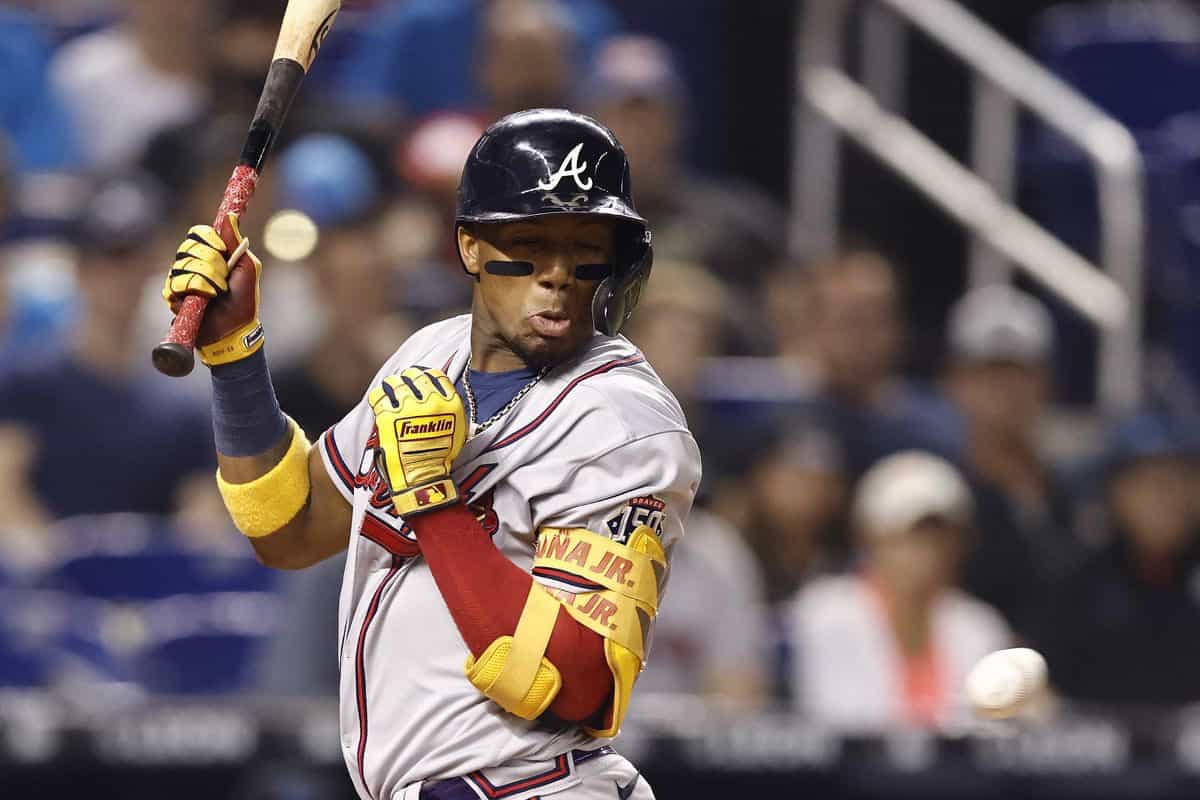 As the World Baseball Classic (WBC) will begin in a few months, fans have been taken aback as Atlanta Braves star athlete Ronald Acuna Jr. will reportedly not be able to take part. This has surely come off as a huge shock for many, given how Acuna Jr. is one of the most celebrated baseball players in the world, so his absence from such a big international tournament will surely be disappointing.

Ronald Acuña has recently opened up about the issue of not being allowed to play in the WBC while taking to his personal Instagram. His post was further shared on Twitter as it was also translated into English by Daniel Álvarez-Montes.

The Braves’ director of Latin American scouting, Jonathan Cruz, also admitted how Acuña does have a great impact on that, and how he further added how it is easier for the Venezuelan players to identify themselves with them. Ronald Acuña has been making his name in the field for a while now and having a strong impact on all the upcoming Venezuelan players as well.