The Duke of Death and His Black Maid Chapter 225 will be part 1 of the honeymoon arc of the couple. The story came a bit unexpectedly as the manga had ended serializing a few months ago. However, fans of the series were not disappointed. If anything, they welcomed the new chapters from the life of Death Duke and Black Maid. And this will not be the first chapter after the series’ end, and we got the last chapter in October to celebrate Halloween.

Alice was her usual teasing self and showed herself in a cat cosplay to play her usual tricks on Victor, formerly Duke of Death. The two later discussed how they would spend the evening with the children who would be coming later. The kids who will show up for that night.

The rest of the chapter shows the character reminiscing. It was also nice to see Victor being able to hands with Alice. Now that his curse is gone, he no longer has to worry about killing things with his touch. And the manga ended with two of them giving treats to kids together. And then there was a postscript where Victor imagined what his child would like with Alice. 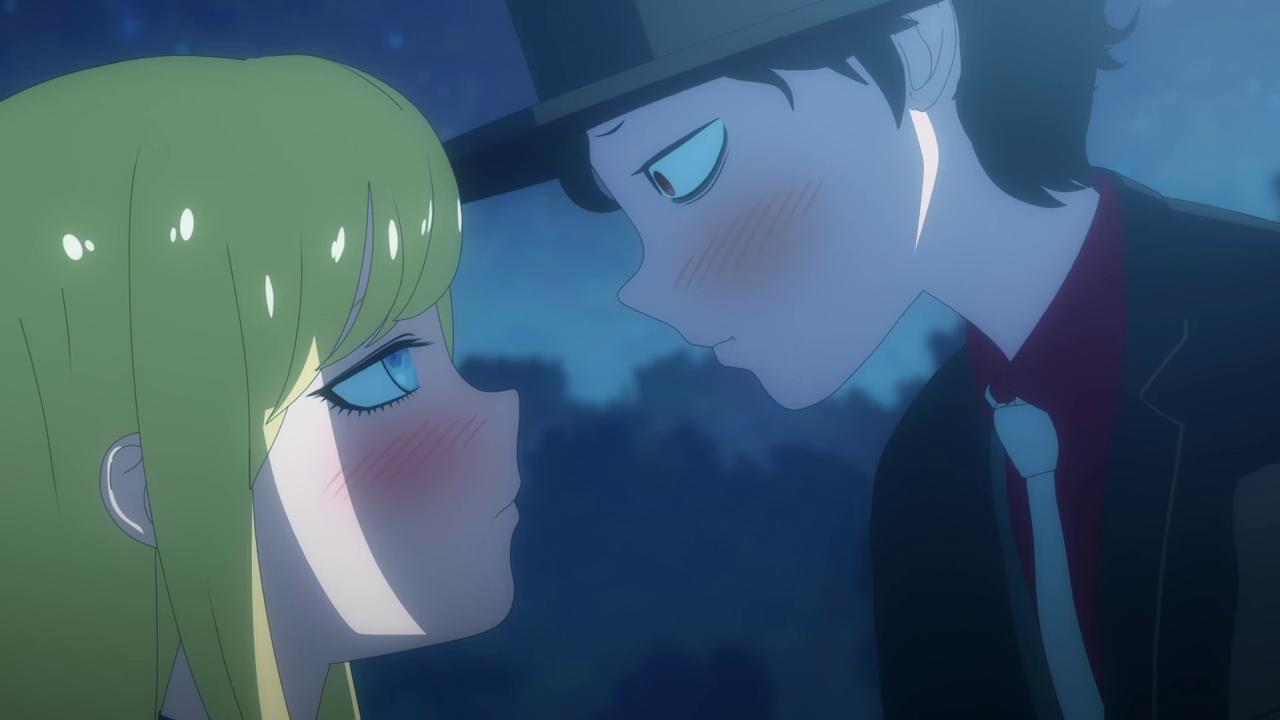 The Duke of Death and His Black Maid Chapter 225 Spoilers

The Duke of Death and His Black Maid Chapter 225 will see the deadly pair go on their honeymoon. The events take place around the time they are adults, but whether it takes place before or after Halloween is unsure. The two don’t just up and decided to go one, and it shows in the earlier pages that they have been invited by someone new to go to a holiday house. They will be going to a beach area where the two will have some quality time together. After that, they go to their residence, which looks more like a haunted house rather than a proper hotel.

The Manga is finished publication in Japan, but the author has stated on Twitter that they will write more stories about the couple if they come up with any. The manga recently had a continuation in the story during Halloween and a post-script story where the couple is gone to spend their Honeymoon. It is a two-partner story, with the second part taking place in chapter 226

Where to read The Duke of Death and His Black Maid Chapter 225?

The Duke of Death and His Black Maid Chapter 225 and the extra chapters will be available to obtain on Seven Seas Entertainment and Sunday Web Every It is possible that we might have a few more chapters for there to be one more volume of the book, if there are chapters beyond 225 and 226, we will update the info on the series here.

What is The Duke of Death and His Black Maid about?

Duke or Duke of Death was cursed by a witch at the age of five that everything he would touch would turn lifeless and wither away. This led to Duke being isolated from his family and into a mention where no one could be near him except a few. His mother wants him gone and wants to assign his younger brother as the successor of the house. Duke accepts this fate as there is nothing he can do to help his family in any form or way.

Alice is one of the few people assigned to Duke and takes care of him. She likes to tease Duke to her heart’s content and isn’t afraid of him in any manner. This small yet open teasing led to both falling in love with each other and became the Duke’s reason to go against his Mother’s decision to replace the family Heir. Duke has decided to confess his love to Alice one day, but before that, he wants to eliminate his curse. So the Duke’s journey into acceptance began, and the hearty love story is afoot.