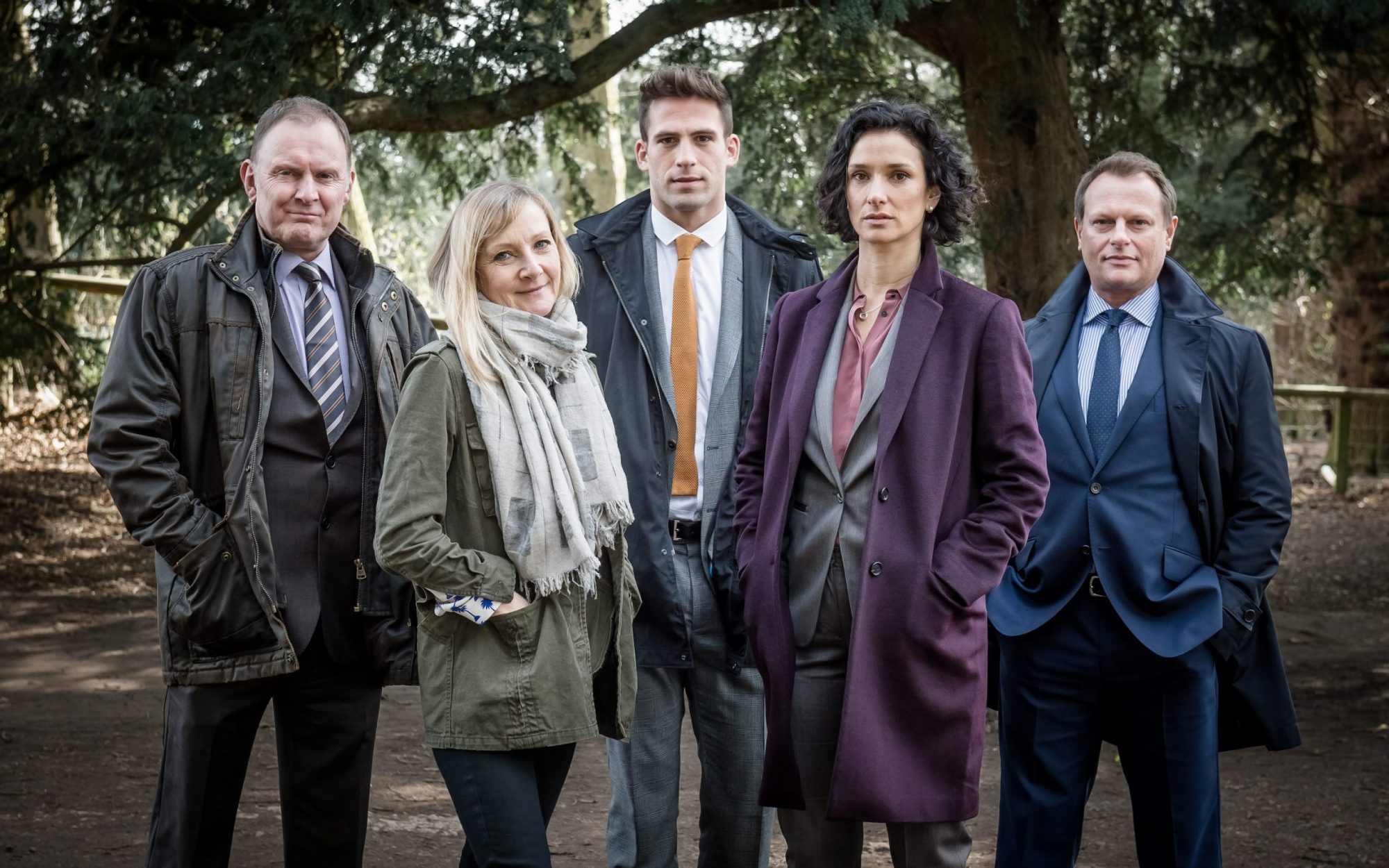 Unforgotten is an American crime drama web series streaming on Amazon Prime Video. Each series is focused on murder crime occurred. Each crime story is described well in each season with 16 episodes. The first season narrates the murder of James, probably Jimmy Sullivan, who 17 years old. On a fine day in 1976, he was disappeared suddenly. His things were found later while demolishing the house in North London. The second season portrays the murder of David Walker. He is a Conservative party consultant and was missing since 1990.

The third season evolves the murder of a schoolgirl Hayley Reid, who also went missing in 1999, from a seaside resort town on New year’s Eve. Her skeleton was discovered by a workplace man repairing the central reservation in London. The fourth season investigates the case of Matthew Walsh’s who encounters four police trainees, where two of them are still serving as police officers.

Here are 10 shows if you liked Unforgotten.

Paranoid is a British drama web series streaming on Netflix. The plot of paranoid is about the death of a young mother. The death investigation brings a group of detectives together. At starting solving the case, was not so tough, but when each clue is being revealed, the life of detectives was also at risk. The cases are getting unfolded, and it takes the detectives all across Europe and beyond the community. This show drifts us into a large picture by not revealing much. Keeping us engaged, curious, and involved in the show.

The series is about the lifestyles of police officers in Manchester, wondering what made them end up in the dark side of the city. They remember their starting exciting days at work when they joined the force in the initial stage but later turned out to keep the streets clean, which seems a hard job that is close to impossible. But nothing stopped doing any work with attention; Inspector Vivienne and her team are led y DC Dina and DC Joy; they proved that no matter what happens or how difficult the situation would be, they strongly determined to solve the crime stories and show the culprits to the world. 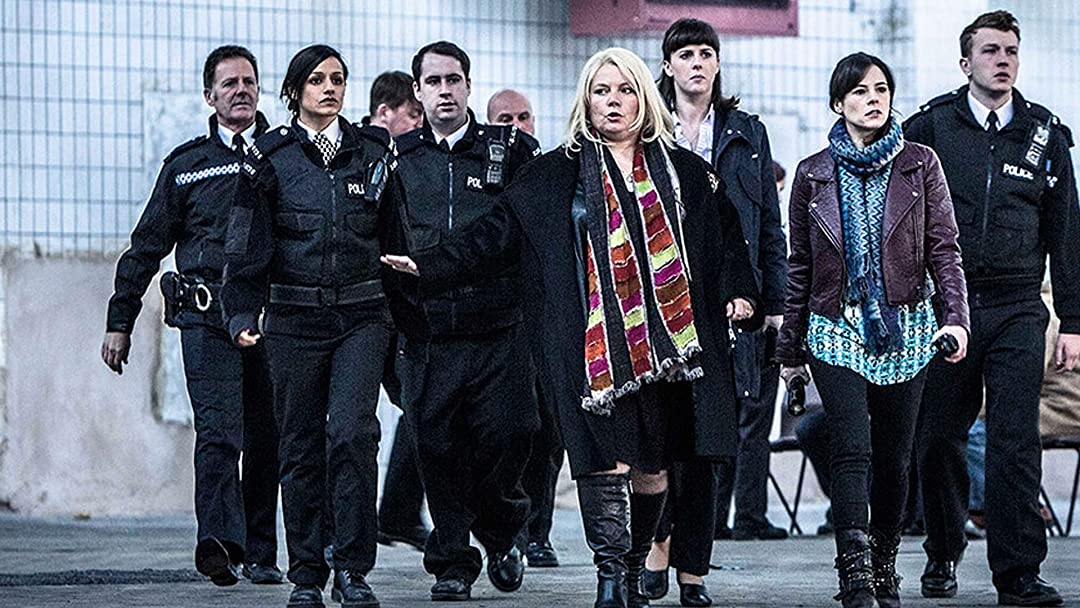 The series is about the story of a politician who was found dead at the border of the UK and France. Two detectives were appointed, one from the UK and one from France; they both were expected to work together and get the mystery resolved behind the death of the Politician. They both do no each other, and that didn’t bring much convenience to them to start working together. But they didn’t have an option. They both started working together to catch the serial killer who had his own personal plans. They went closer to find the killer. 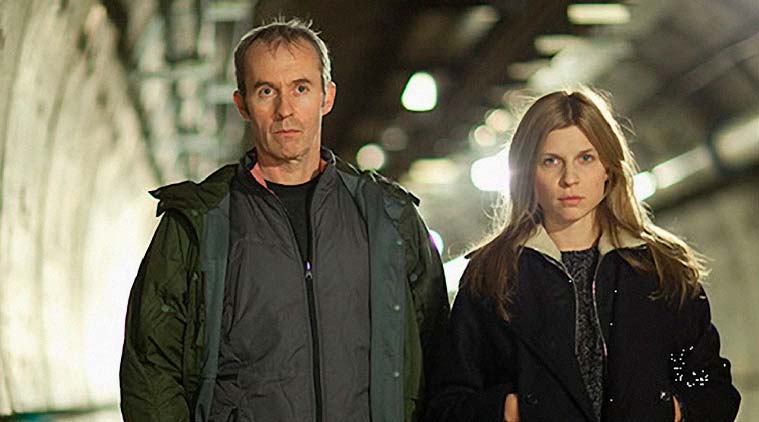 DCI Alan is much loyal to his professional and passionate about it. The series narrates his journey and also the crime-solving adventures. He solves the most mysterious murders, and that fills more anxiety in the viewers. He also includes a couple of detectives  DS Annie Cabbot and DI Helen Morton.  One best thing about the series is exposing unnecessary life-saving heroism. The crude language stays as the special elevation of the show. DCI bank is a British television web series divided into four seasons. 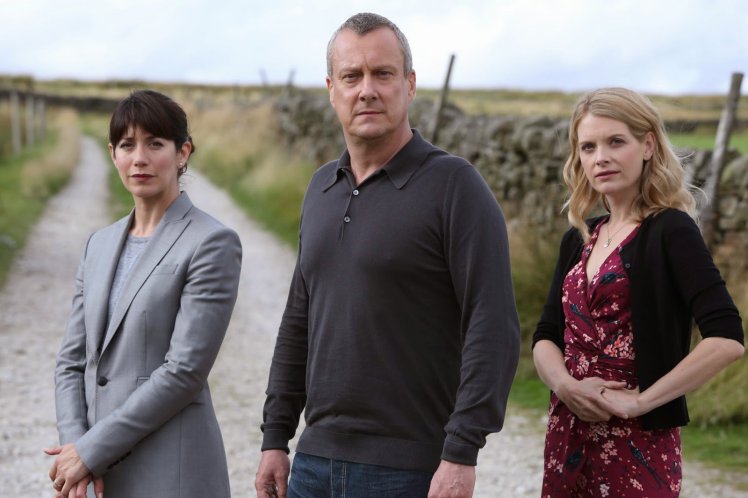 DCI Jane Tennison plays a lead role in investigating a murder after her colleague DCI John Shefford suffering from a major heart attack. A lady being a detective was not voted by any of the members of the department. But, she is a brave woman who fights against sexism inside the office; she strives badly to get the evidence about the prime suspects of the murders. She also believes that one person has not made all the mistakes, It might be a group of serial killers, and also, many of them are interlinked with the case. Prime Suspect stands as one of the best series about the discrimination of women that she had faced in her office while dealing with murders, criminals. 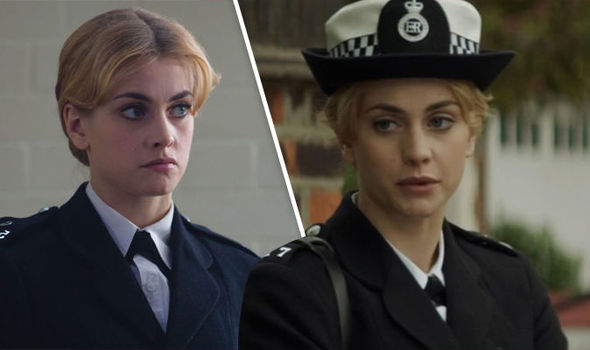 Read: NCIS Season 19: Is The Crime Drama Wrapping Up?

The Code is a political thriller where the story is about two brothers. Two brothers named Ned and Jesse, where Ned is a journalist and Jesse is a hacker. While together they are searching for a big project, they came across peculiar research. While they are randomly working on this research, there happens destruction in the political world. They both were unaware of it. They had no option. They are on the midway to their project, and they couldn’t step back thy need to run front in order to reveal the truth where that can only be their way to get out of the mystery or research. 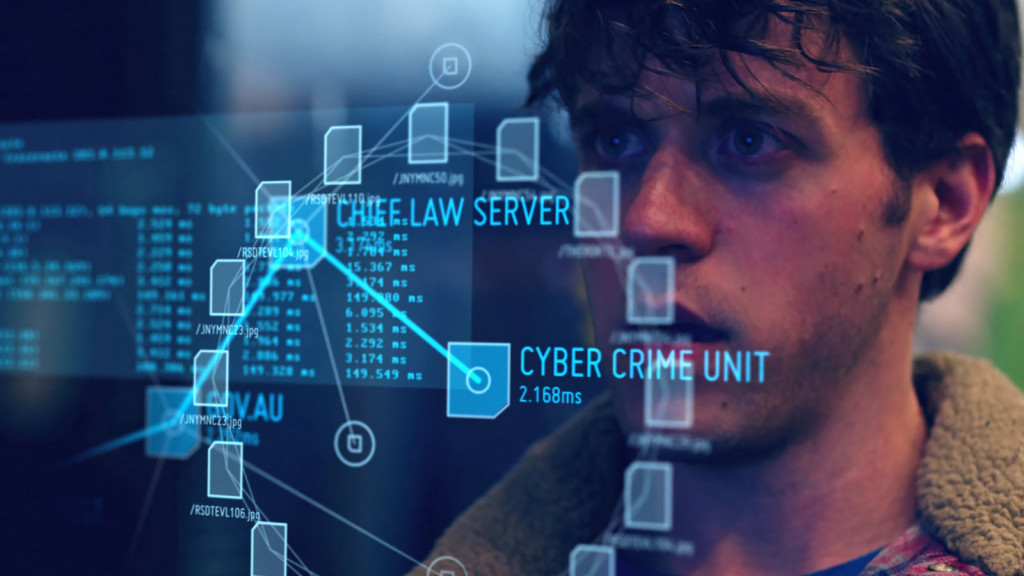 Jack Taylor is a famous cop, but one day, he assaults a politician during a routine traffic signal and gains a very bad reputation among the department. He lost him after this incident occurred, and then he decides to become a detective for the rest of his life, as in a private detective who solves the problems for the people who reach him and also the cases which are not taken care of by the police. He always deals with deep mystery cases. He also takes the help of Cody and few other contacts that he gained in history when he was a cop. 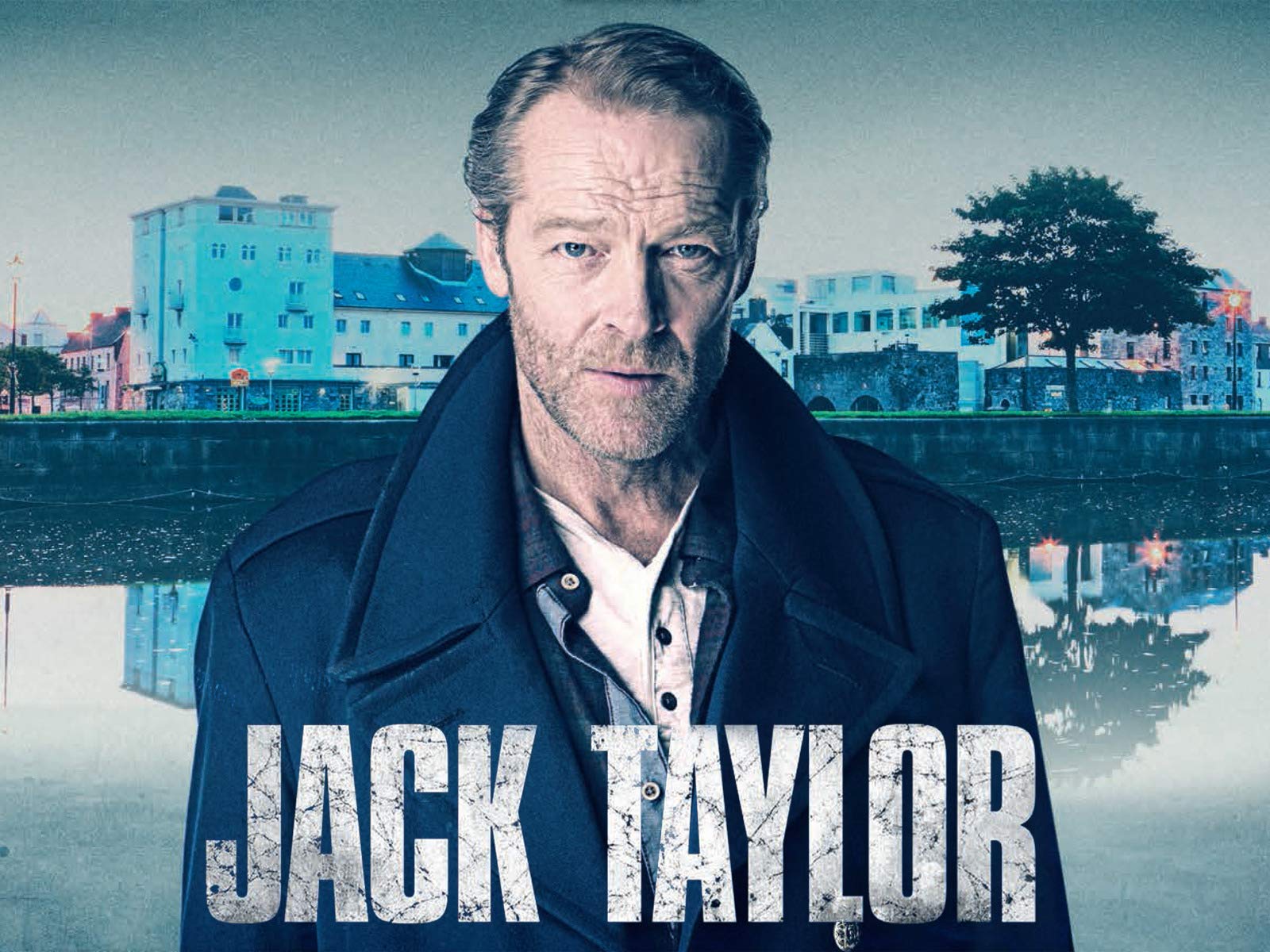 Read: What To Expect From Police Interceptors Season 19 Episode 1?

The plot about Scott and Bailey is they are two different persons who are working as detectives. Scott is a motherly figure and a logical thinker, where Bailey is an emotional human but works with incredible energy; they are like an asset for the Manchester Police Institution. They have proved them serval times and working under the leadership of DCI Gill Murray. The story plots their lives how women turned out to be detectives and managed their personal lives, showing up their ups and downs and also their amazing qualities and the way they deal with each case where the cops sometimes take the help of them without any guilt.

The main cast features Lesley Sharp as Janet Scott, who is a detective constable, Suranne Jones as Rachel Bailey as a detective constable, Nicholas Gleaves as Andy Roper, Amelia Bullmore as Gill Murray, Danny Miller as Rob Waddington, Pippa Haywood as Julie Dodson. The series is produced by Nicola Shindler and scripted by  Sally Wainwright. The series had a very good rating, and totally the viewing figure was raised up to 9.42 million. They were a total of 5 seasons, and the viewers were expecting season 6. 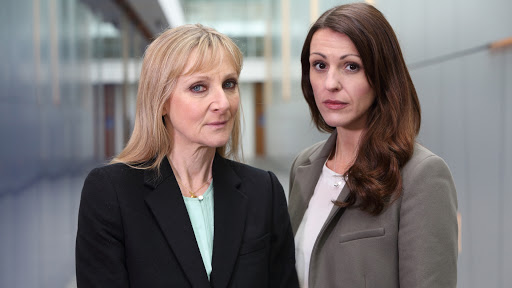 Detective Sergeant Steve Arnott is s transferred to a police anti-corruption unit which is popularly known as AC-12. He had a reason to get transferred to the police; there was an accidental shooting occurring during the anti-terrorist operation; hence he turned from a detective to the police after that shooting. He teamed up with Detective Constable Kate Fleming and started an investigation about the corrupt methods of a popular DCI named Tony Gates. But Tony Gates is one of the supercops. He was always one step ahead in his thinking, and also he won the super cop of the year award. Arnott will not be able to find his errors and make Gates guilt. Line of Duty shows the crimes happening inside the world of police rather than criminals who are exposed to the world. It shows how corruption occurs and the strategies played by the evil cops to be safe. It gives a glimpse of how these conflicts are resolved and how priority goes to the people who remain loyal to the work. 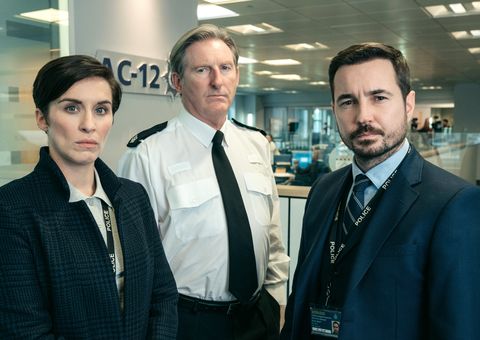 The series is based on the novel, which is scripted by  Ann Cleeves. The plot is about how DI Jimmy Perez and his team members, forming a group of detectives and solving the mysteries of crimes on a clannish isolated island. The series reaches beyond the imagination and also makes us think along with the detectives. The series is very much interesting, and every step the team makes in solving the mystery crimes seems very much entertaining. Jimmy Perez plays the lead role and steals the show. 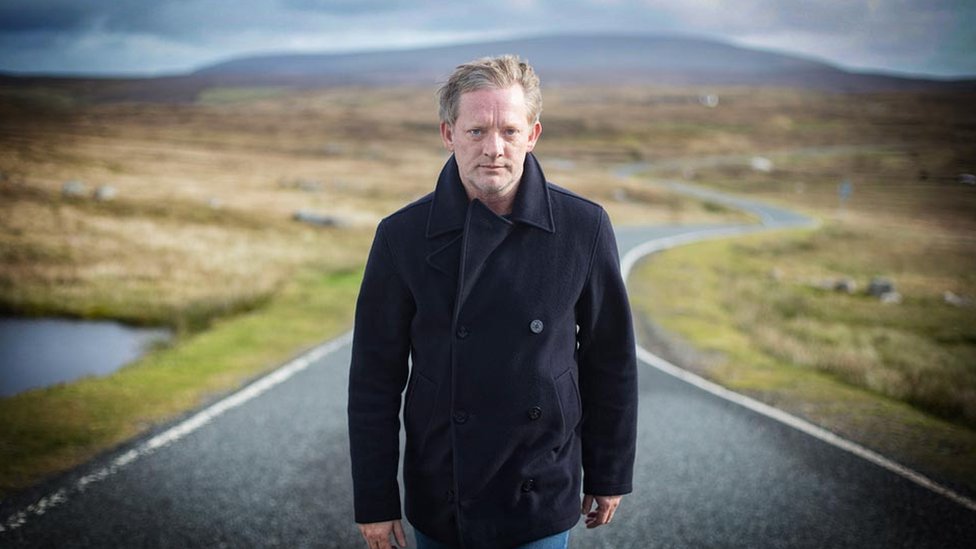