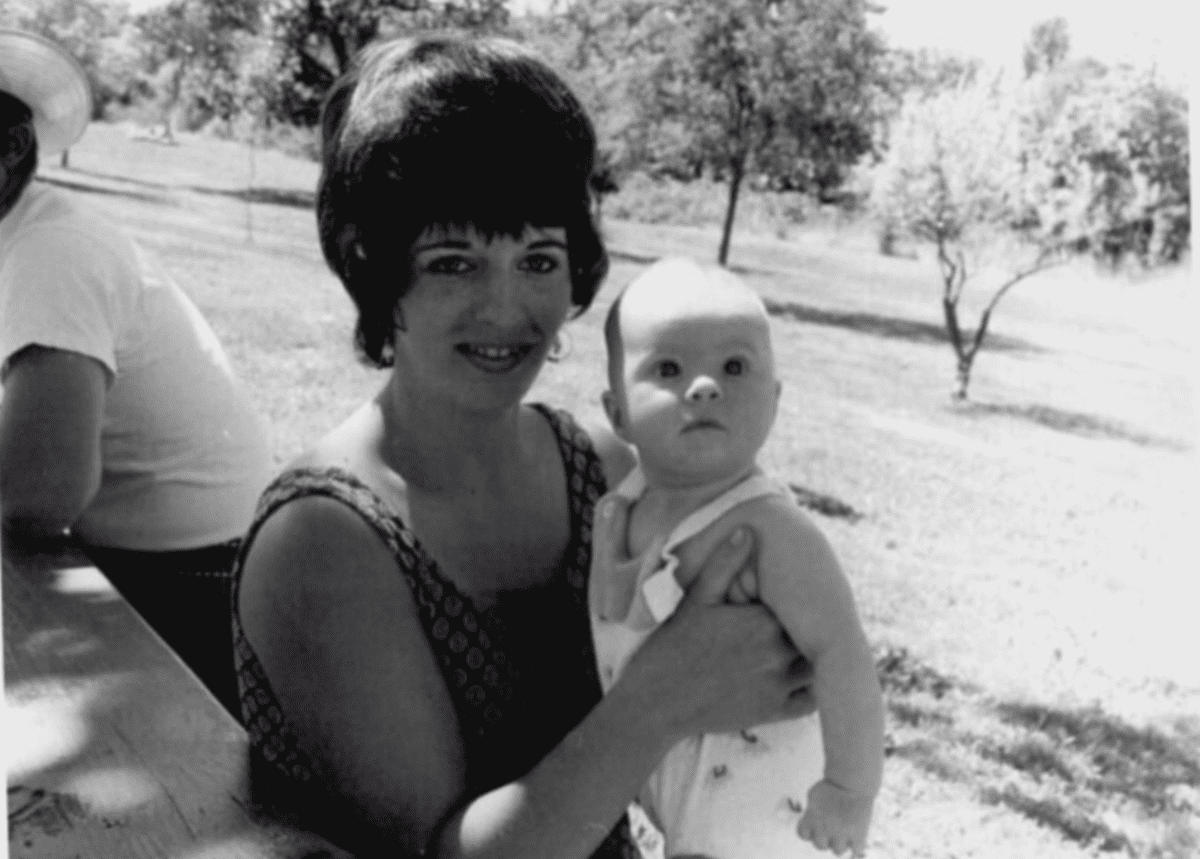 Belinda Cowden and her daughter Melissa

The 1970s were dreadful times to be alive in, with serial prowling all around. America saw some of its most famous murderers in the 70s, like Ted Bundy, Rodney Alcala, and Jeffrey Dahmer. With cases of killings and disappearances flooding in from all parts of their cities, the Police had little breathing room left. Priorities had to be made, and anything bloody came first. So, when the Cowden family disappeared into thin air, the Police department of Oregon delayed their search. There was no evidence that violence had occurred to them found, given their red-free campsite.

So, when two hikers in Carberry Creek found four decaying remains, everyone in White City braced themselves for the news. The dental reports of the corpses were taken and tallied with those of the living relatives of the Cowden’s. Unfortunately, they were a match. The county was in agony and weeping. People blamed the Oregon Senator, Mark Hatfield, for his negligence. The force was set in motion. Investigation for suspects began, and people started reporting everyone they found suspicious. The Police even found a prime suspect, but there was no hard evidence, and he was released. To this day, no one knows what happened to the Cowden family.

Camping In The Woods

28-year-old Richard Cowden and his 22-year-old wife Belinda lived in White City with their children, David and Melissa. Richard, who was a logging truck driver, decided to spend Labor day by camping with his family near the Carberry Creek of Copper in the Siskiyous. The plan was last minute, but the family packed for the weekend and made their way on the 30th of August 1974 with their dog, a basset hound named Droopy. They arrived in their 1956 Ford truck. On the 1st of September, Richard and his five-year-old son were seen at the General Store in Copper at about 9 am. They purchased milk and headed towards their camp near the creek on foot. They were never seen again—at least not the way they left. 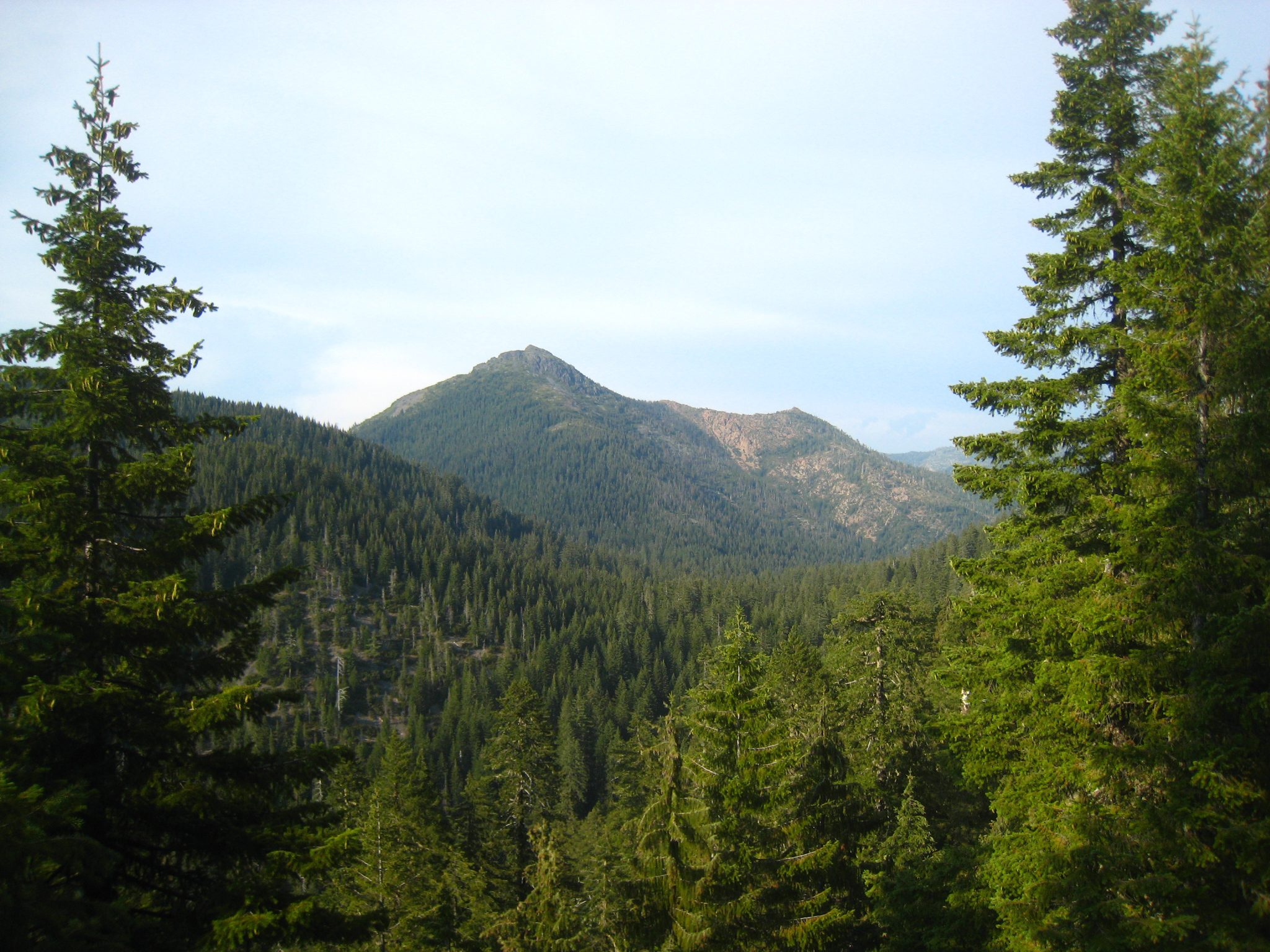 The Siskiyou Mountains, where the Cowden’s camped

Richard’s mother-in-law, who was expecting the family for dinner, saw that they were running late. She drove to the campsite, which was only a mile away from her home. When she arrived there, what she saw baffled her. A ghostly abandoned camp laid before her. The keys of their pickup truck lay on the picnic table along with her daughter’s purse. A plastic pan of water was on the ground, and their five-month baby’s diaper bag was beside the camp stove. She also found Richard’s wallet with $21 sticking out, his expensive watch, and a pack of cigarettes he was known to smoke left laying around.

Most eerily, the milk carton bought by the boys lay on the table, half drunk, which later, officer Erickson, a state trooper, described as being spooky. When the panicked woman checked the truck, all their clothes except for their bathing suits were still present. She left immediately for the District 3 police. She poured out her plea to the officers, who obliged with her request. The sheriff and the troops arrived at the scene, but the lack of blood on the campsite delayed the search for a day, according to Lieutenant Mark Kezar.

The biggest search in the history of Oregon was set forth. The Police took all the help they could get. Explorer scouts, the National Guard, the US Forest Service, and numerous other volunteers assisted the search. Over 25 miles of trails and roads connecting to the campsite were skirted. Helicopters and airplanes with infrared technology were flown over the area. They tried detecting recently rummaged earth, but there was none. Early investigations involved interviews with over 150 people. A reward of $2000 was announced in exchange for any knowledge concerning the Cowdens’ disappearance. Richard’s sister bid the Medford Mail Tribune to ask the hunters that are going around the woods during the hunting season to be alert of any evidence that could belong to her brother’s family. 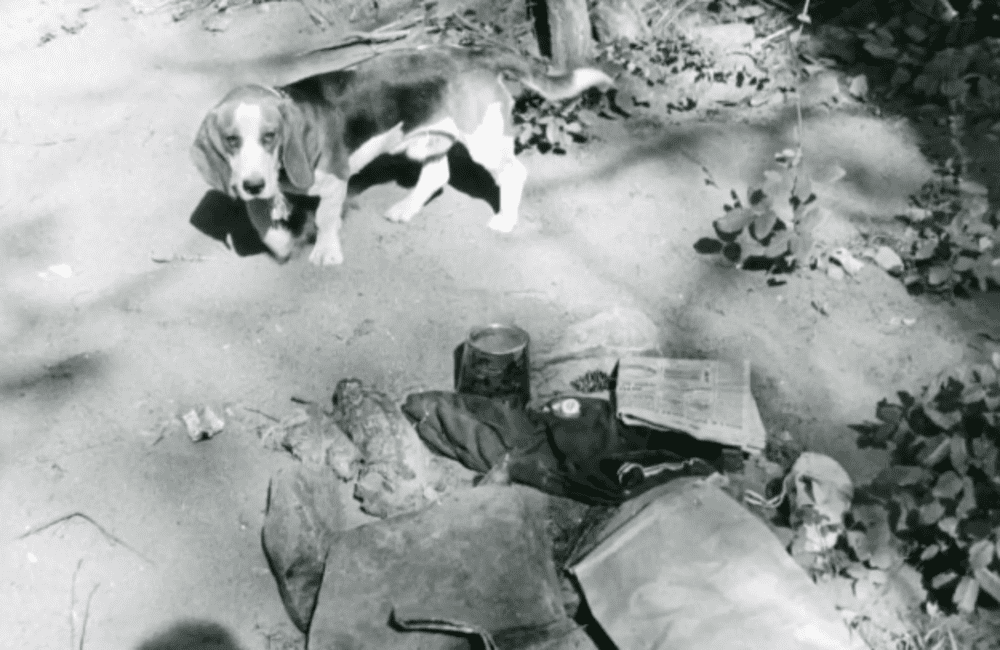 Droopy, the Cowden’s basset hound, was found the next day.

Two hundred residents of the state petitioned the state senator. They asked him to plead with the Federal Bureau of Investigation to quicken the search. But he rejected it due to a lack of evidence pointing to any kidnapping or abduction over the state borders. The states of Oregon and Washington were dealing with the problems of the eight missing girls—whom, it is found out, Ted Bundy had killed. Rather than trying to investigate the Cowden’s disappearances individually, they were busy trying to establish connections between them. But the trail went cold. That was until the 12th of April 1975.

Two men made their way from Forest Grove to Carberry Creek in a hunt for gold. While they were climbing an abrupt hillside, something odd came into their view. When they went closer to take a better look at it, they discovered a rotting human corpse tied to a tree. The horrified adults saw something peeking out of a small cave beside where they were standing. As they walked in, they found three remains of different sizes, all decayed beyond recognition. They rushed to the Police to rattle their tale. The Police, who knew what they were going to find, arrived at the scene, hoping it was not what they thought it was. But the dental records spoke otherwise.

The autopsies of the Cowden corpses revealed that the wife and the son were killed by .22 caliber bullet wounds, while the baby died of head trauma. Though the husband’s cause of death was unclear, they could tell that he died tied to that tree where he was found. At the same time, the rest were killed elsewhere. What baffled the Police was that the cave near which the bodies were discovered was searched during the time of the collective manhunt. The volunteer from Grants Pass who was assigned with it was called in as well, and he yet again confirmed the same, meaning the bodies were brought in later, and Richard was killed after the search for his family was done. The Law enforcement found no murder weapon near the cave or the campsite that was seven miles away.

Is Dwain Lee Little The Murderer?

The interviews were started again at the behest of the grieving family and the brutality of the murder. One family from Los Angeles who had been camping in Copper during the time of the disappearance described a trio at 5 pm in a pickup truck that was so ominous that they freaked the family out. The fact that the killer knew how to maneuver through the thicket made Police suspicious of the residents.

Their eye fell on Dwain Lee Little, a 25-year-old criminal from Ruch, Oregon, who was paroled from the State Penitentiary on the 24th of May, 1974. He was taken into the custody of the Salem police when he defiled and killed a young girl named Orla Fay Fipps in 1964. Little was taken back into custody on the 12th of January 1975 when his girlfriend reported that she saw him with a .22 caliber gun around Christmas. This confirmed, along with other records, confirmed that Little was in Copper during the time of the incident.

When the Police compared the Little family’s pickup truck with the details of the truck that the family from Los Angeles had suspected, it was a match. It was thought that the man and woman that might have been with Dwain were his parents, but the Little family denied it. A miner who ran a cabin near the campsite attested that the trio did lodge there on the 2nd of September with a guestbook to prove it. Later, Little went on to rape Margie Hunter, a 23-year-old pregnant girl, on the 2nd of June 1980 in Portland after he was paroled on the 26th of April 1977.

Little was arrested, and the verdict of three consecutive life sentences on the 20th of November was passed for attempted homicide. Hunter and her child were safe. An inmate named Rusty Kelly, whom Little confided in, later revealed his confession of the Cowden murders. But the crime was never proven due to a lack of “hard” evidence, and no one was ever convicted for the Cowden family massacre.

Also Read: The Legend of Agartha: The Lost Continent