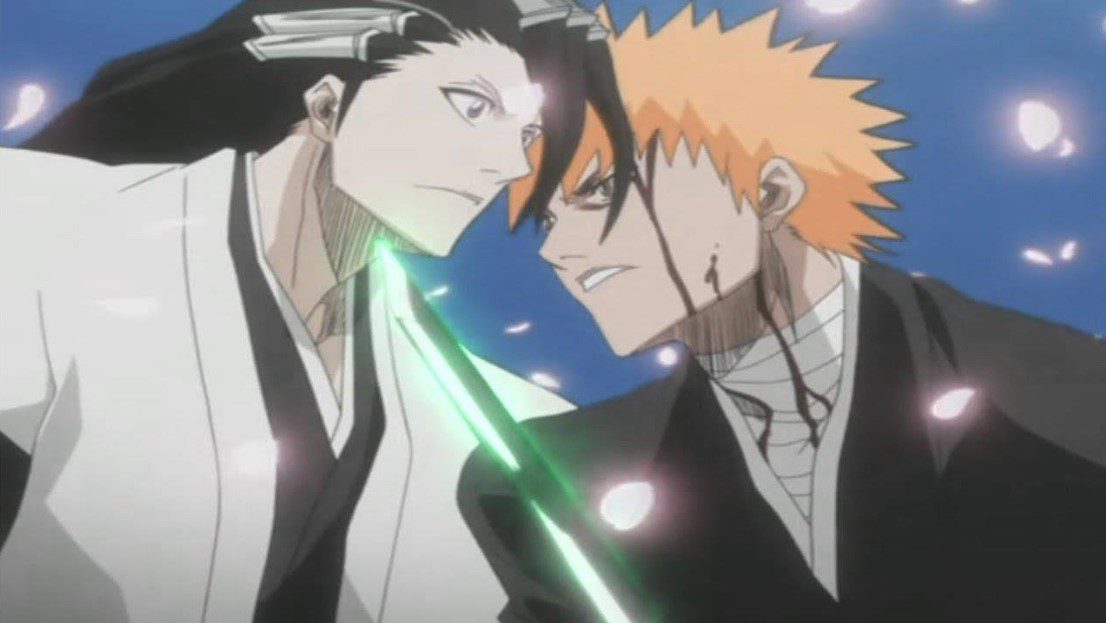 With Bleach anime set to come back for its final arc next season, we should take a little time to look back at some of the iconic fights from the anime. Looking at Ichigo’s fights, we know that his fight with Byakuya is one of the fights that most of us found interesting. So we will soon look into what episode Ichigo fights Byakuya in more detail. Because at the time, Ichigo was still an upcoming Shinigami, while Byakuya was already an established and very powerful opponent for him.

So we expected their fight to be one-sided, with Ichigo expected to struggle as it happened at first. It was not until Ichigo taunts Byakuya into taking their fight more seriously that we managed to see an intense fight. Because to Byakuya, Ichigo was someone he could easily defeat, and it would not even require him to use his Bankai.

Ichigo quickly noticed this and would mock Byakuya for taking him lightly and that he should see him as a worthy opponent instead of someone he would easily defeat. Throughout the series so far, Ichigo and Byakuya have fought on two occasions. The most prominent one being their second and final meeting, where Ichigo emerged victorious by a very slight margin. In the end, both of them were grievously injured, so their fight was very close.

It was also at this point that we learned of Ichigo’s Bankai. Because at first, Byakuya refused to use his Bankai against Ichigo, who he viewed as a weaker opponent and was unaware of Ichigo’s Bankai. So if you were also looking for which episodes Ichigo uses his Bankai for the first time, then you should also look through Ichigo vs. Byakuya’s second fight, which was their last time fighting in the anime as well.

What Episode Does Ichigo Fight Byakuya?

Ichigo and Byakuya’s final fight occurs in Bleach Episode 57, where we see Ichigo’s growth as a Shinigami. Their clash created electric forces, and Ichigo even went to a point where he displayed his mastery of Shunpo, to Byakuya’s surprise. But this was not enough to earn Byakuya’s full respect, and Ichigo quickly took advantage of Byakuya’s analytical abilities as Byakuya was still underestimating him. 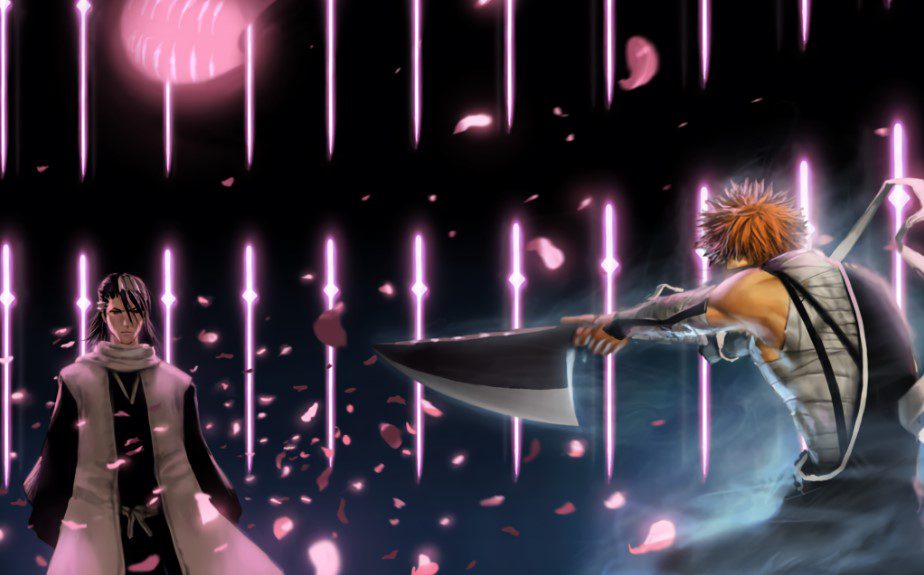 Their fight went on to a point where Byakuya released his Shikai. But knowing his pride and the fact that he was still looking down at Ichigo as a Shinigami substitute meant that Ichigo had to do more to force Byakuya into using his Bankai. At first, Byakuya only saw this as a bluff, but Ichigo kept on declaring that Byakuya should use his Bankai so that Ichigo could crush it.

So Ichigo’s attacks were effective against Byakuya’s sebonzakura to a point where they were fighting on equal grounds. Interestingly, if you wanted to know which Bleach episode Ichigo used his Bankai for the first time, it was also during this fight with Byakuya. But for the exact episode it happened, you will have to head over to Bleach episode 58, when Ichigo unleashed his Bankai after Byakufa finally acknowledged Ichigo’s strength and growth as a Shinigami.

From here on, their fight got intense as Byakuya went on to release his most powerful attacks. As a response, Ichigo did the same and revealed his Bankai and even went to a point where he lost control of his hollowfication. But in the end, he managed to surpass what was expected of him and even went on to push Byakuya to the limits.

Ichigo vs. Byakuya Who Wins?

In the end, their fight was evenly matched to the end. But Ichigo managed to win by very small margins. This is probably because Byakuya was underestimating Ichigo from the get-go. And Ichigo effectively used this against Byakuya to gain the upper hand. In the end, they were both heavily injured, but Ichigo managed to gain his pride amongst the Shinigami alongside his victory against Byakuya. 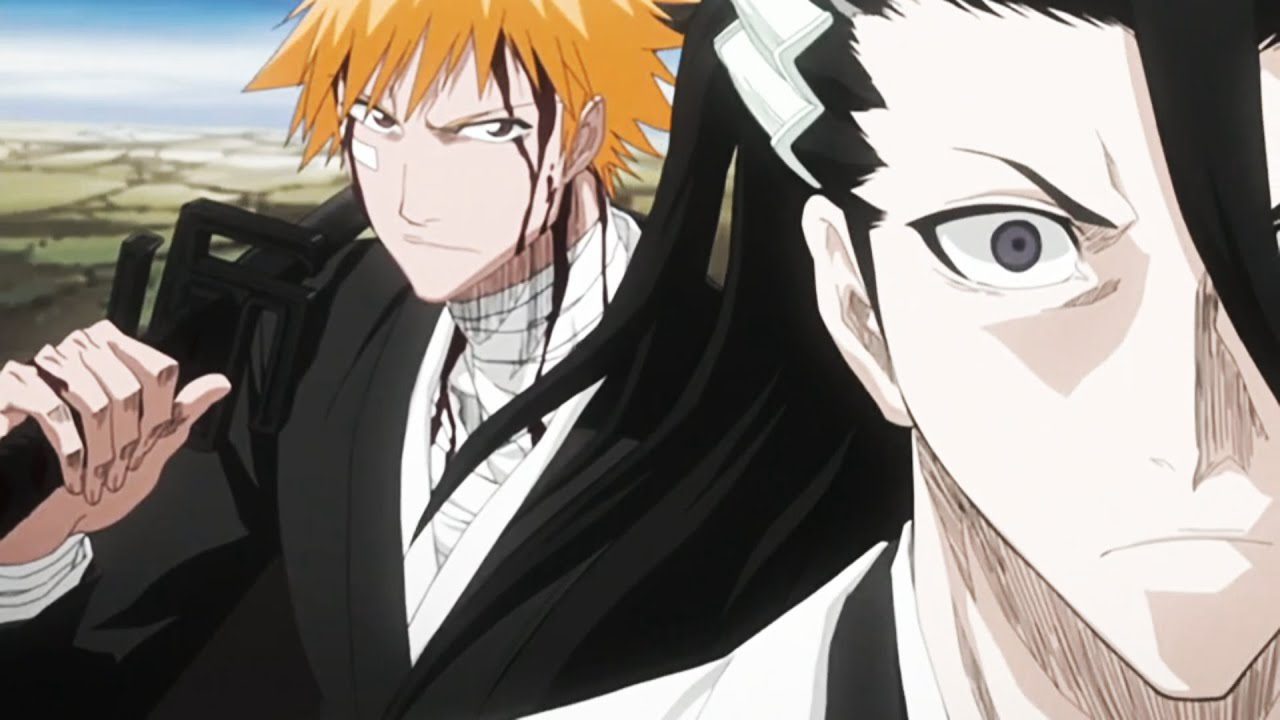 These have been some of the interesting fights of the series because what followed was a skyrocketing nature of Ichigo’s growth amongst other Shinigami. After that, he went on to face even more powerful opponents who saw him turning into the formidable opponent that he had become.