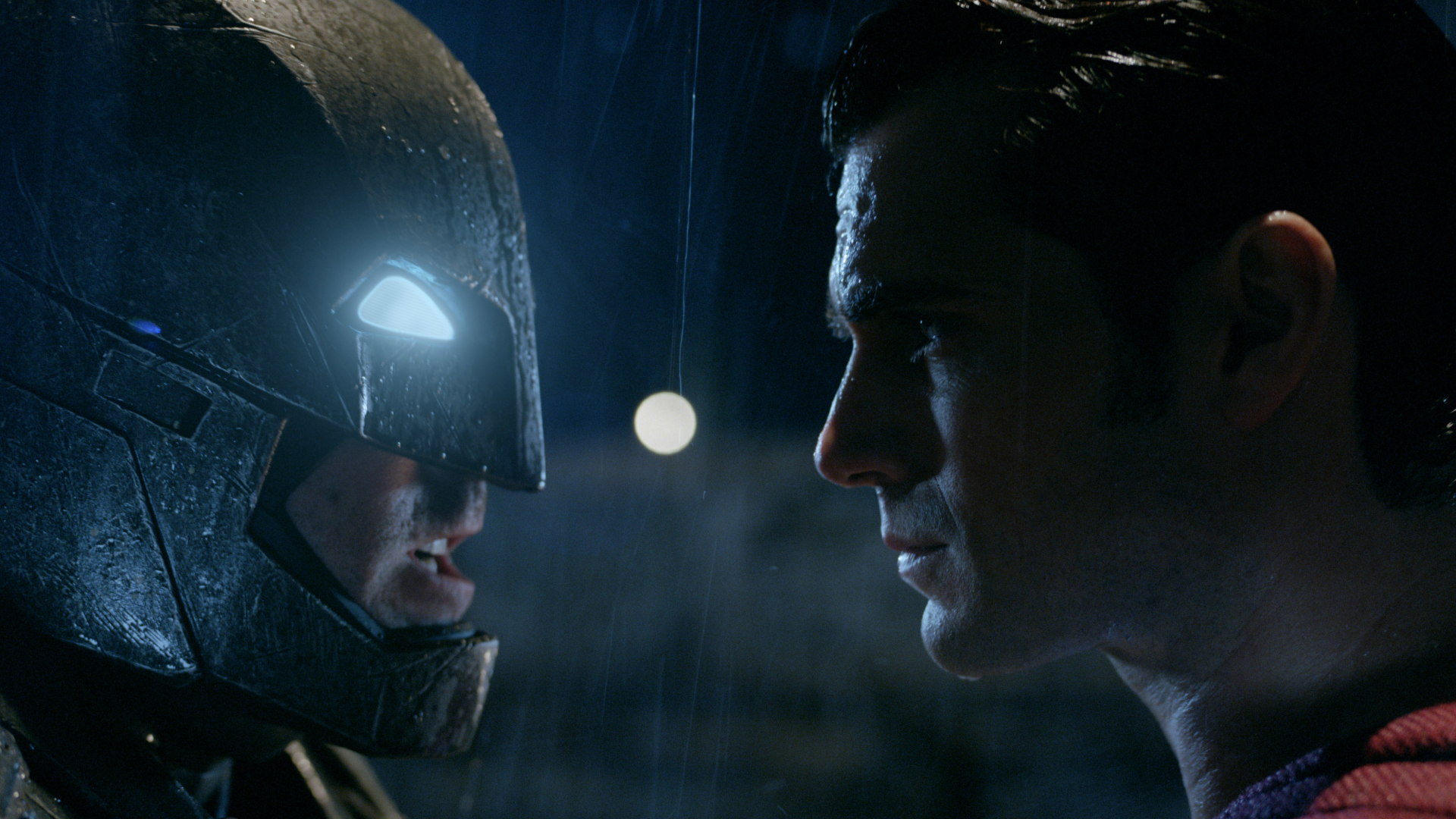 HBO just launched last week and it has already got the hype for its huge library of content that you can stream on it. Action films are one of the reasons for its hype and you should definitely check out the subscription service. In this article, you will get to known about some of the best actions films streaming on the service. So without further ado, here is the list of action films that are available to stream on HBO Max.

This is the first bond film of Daniel Craig and is said to be one of the best James bond films ever made and He does an outstanding job as James Bond. The film is directed by Martin Campbell who earlier directed a Bond film starring Pierce Brosnan named GoldenEye.The film story – Bond on an assignment to bankrupt terrorist financier Le Chiffre in a high-stakes poker game at the Casino Royale in Montenegro; Bond falls in love with femme fatale Vesper Lynd, a treasury employee assigned to provide the money he needs for the game. The film begins a story arc that continues in the 2008 film, Quantum of Solace. 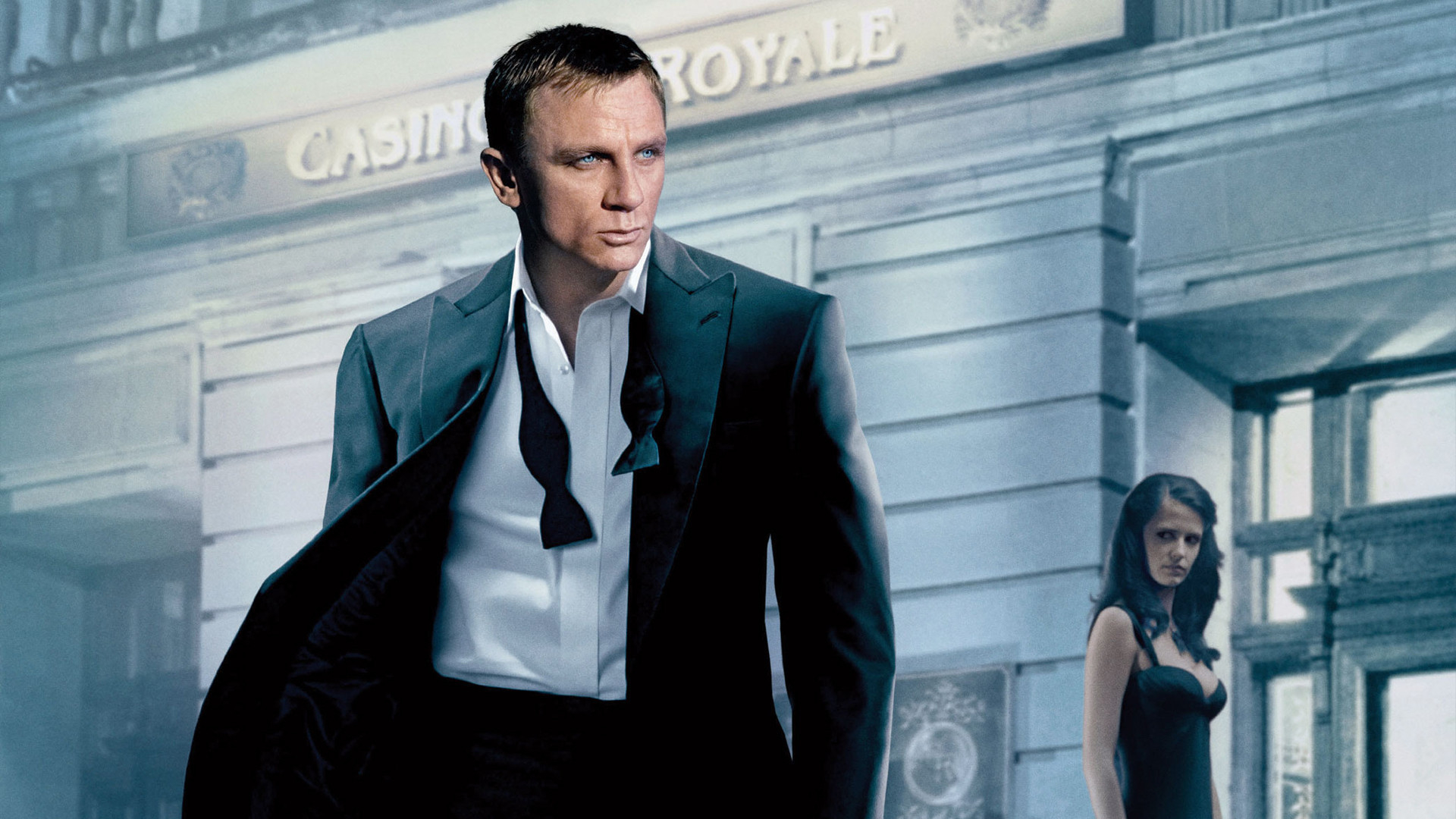 2. The Lord of the Rings: The Fellowship Of The Ring

This epic adventure film based on the books by J. R. R. Tolkien who is known as the father of fantasy genre. This is the fifth highest-grossing film of all time and is known for its crisp VFX, visually treated effects, and the gorgeous shots of New Zealand. The story centres around Frodo Baggins played by Elijah Wood, a hobbit who goes an adventure around the earth with his friend Samwise played by Sean Astin to take the One Ring of Power to Mount Doom and throw it into the fires to stop the rise of the dark lord Sauron.
This a must watch for fantasy and adventure film fans and the story concludes in the next two instalments of the film. 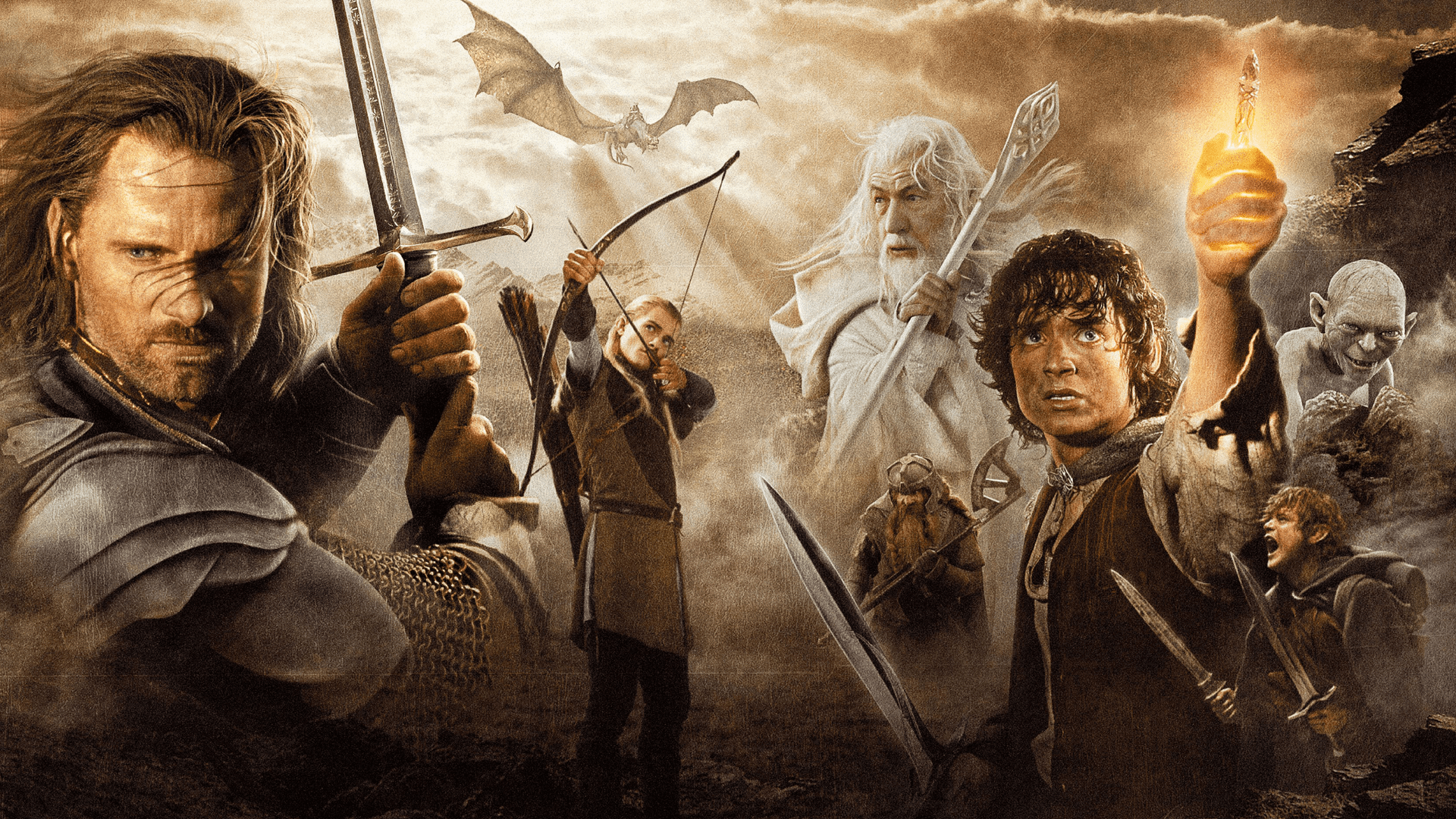 One of the best films that DC has to offer and it was major box office success earning more than 1 Billion USD. It stars Jason Mamoa as the titular character Aquaman and has done a great job. The visual effects in this film have set a standard in the DCEU as this film heavily dependent on the VFX department to showcase the underwater creatures, sea life, and Atlantians and other sea tribes. Besides Mamoa, Patrick Wilson Stars as Ocean Master, Amber Heard as Princess Mera, and Nicole Kidman as Atlanta. So it the one of the major success for DC in terms of both critically and financially. 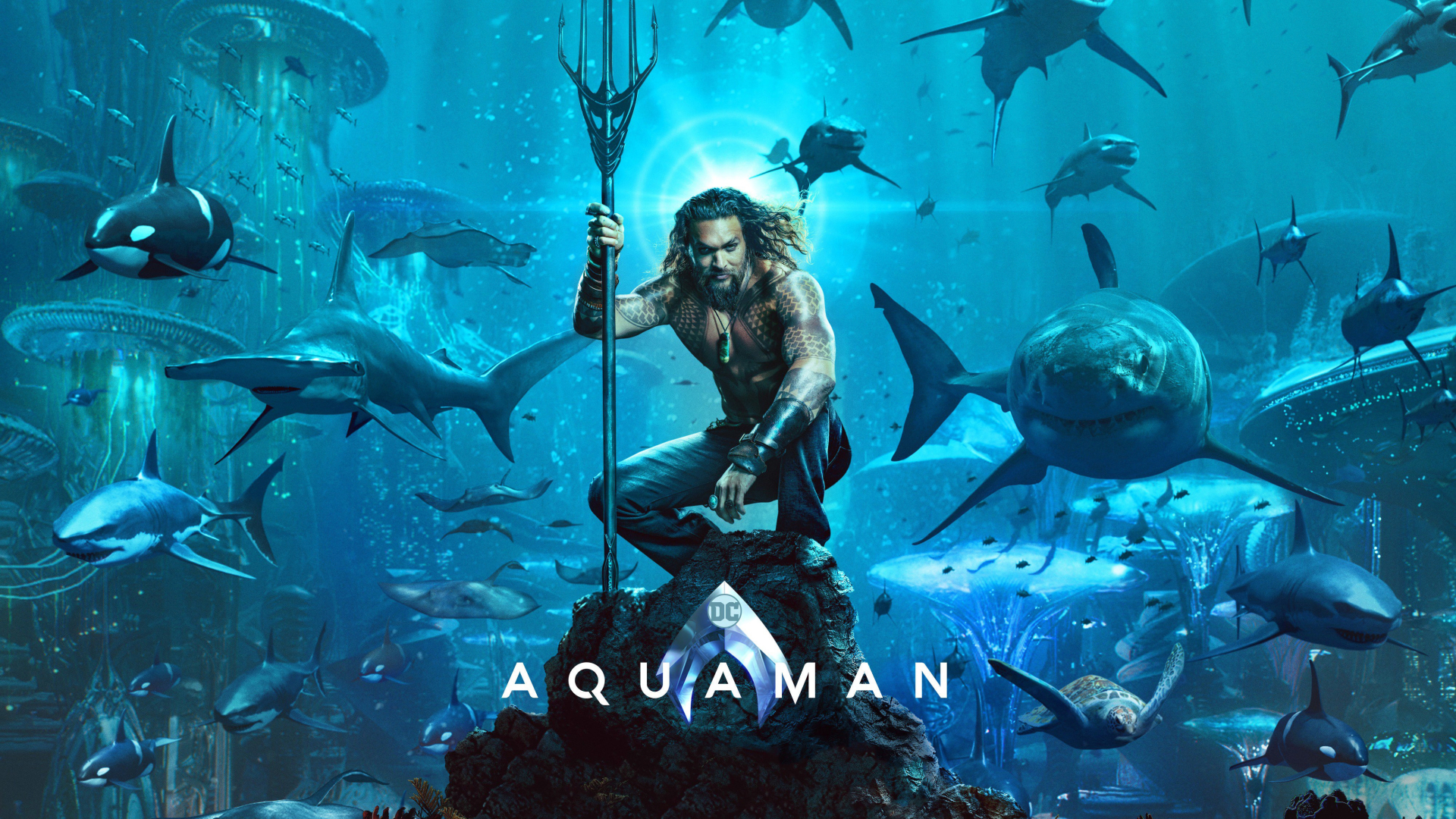 It is one the earlier known film of James Cameron who laters becomes the visionary director who made films like Avatar and Titanic. It is a sequel to Alien which was directed by Ridley Scott, which is also available on HBO Max. This film solidified Cameron as the new king of sci-fi genre films. The film follows Sigourney Weaver’s character, Ellen Ripley, as she returns to the moon where her crew get to know about Alien creature, this time accompanied by a unit of space marines. Some other cast includes Carrie Henn, Michael Biehn, Paul Reiser, Lance Henriksen, Jenette Goldstein, William Hope, Al Matthews, and Bill Paxton. 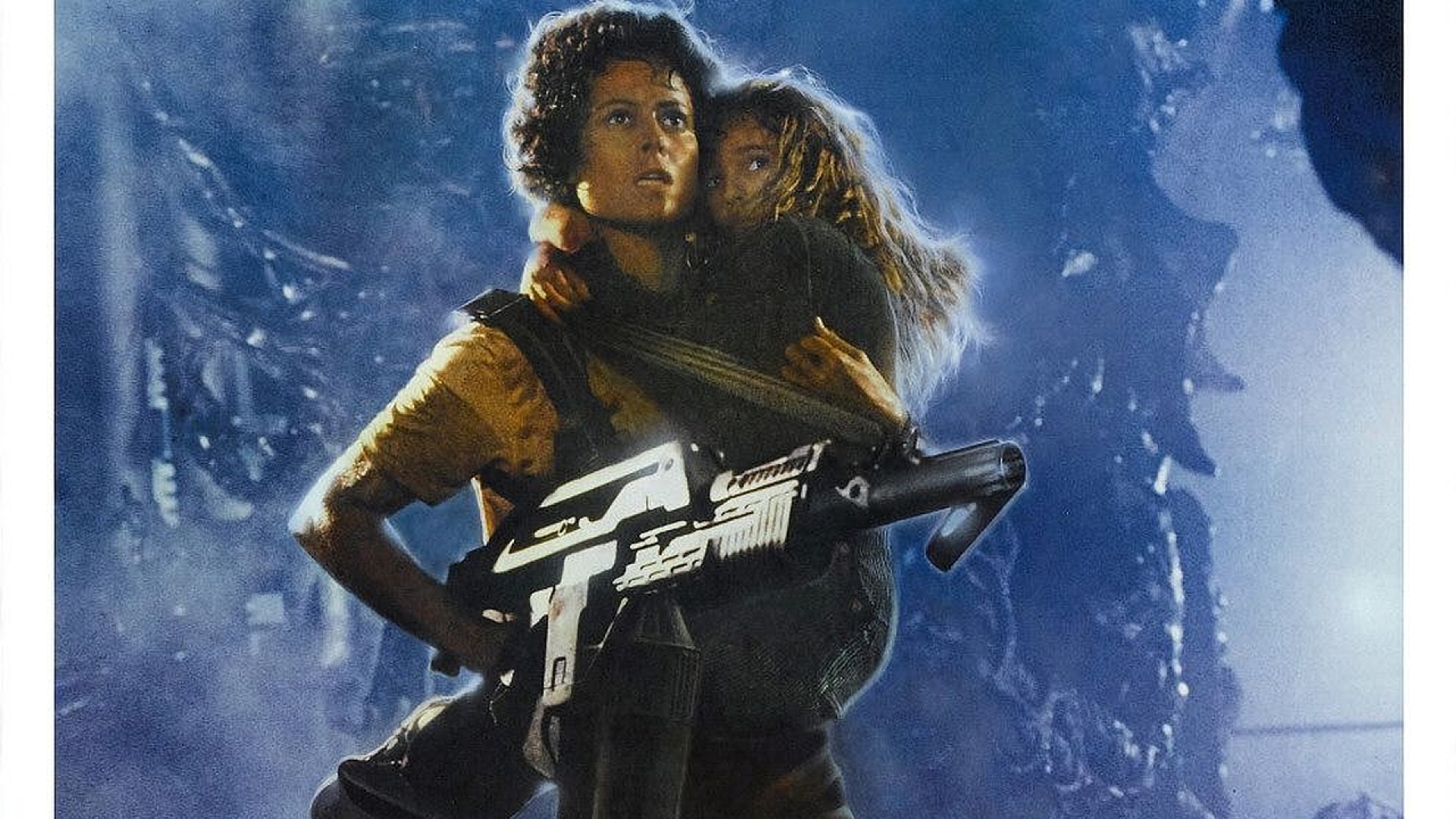 It is one the first comic book film that has a widespread effect on the cinema, especially comic book films. The film is directed by legendary director Tim Burton who previously directed Edward Scissorhands and Michael Keaton plays Bruce Wayne / Batman. The film has drawn huge inspirations from classic comic books like The killing joke and The Dark Knight Returns, which are also contributed to its success. This film focusses on the early crime-fighting days of Batman and showcases as Joker as an underworld criminal taking part in various notorious activities in Gotham. 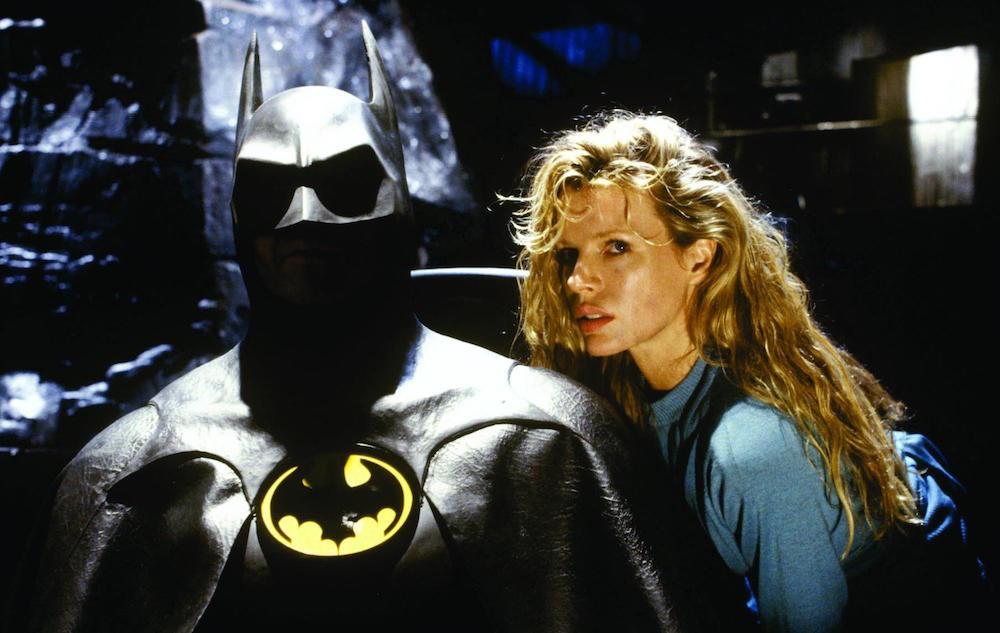 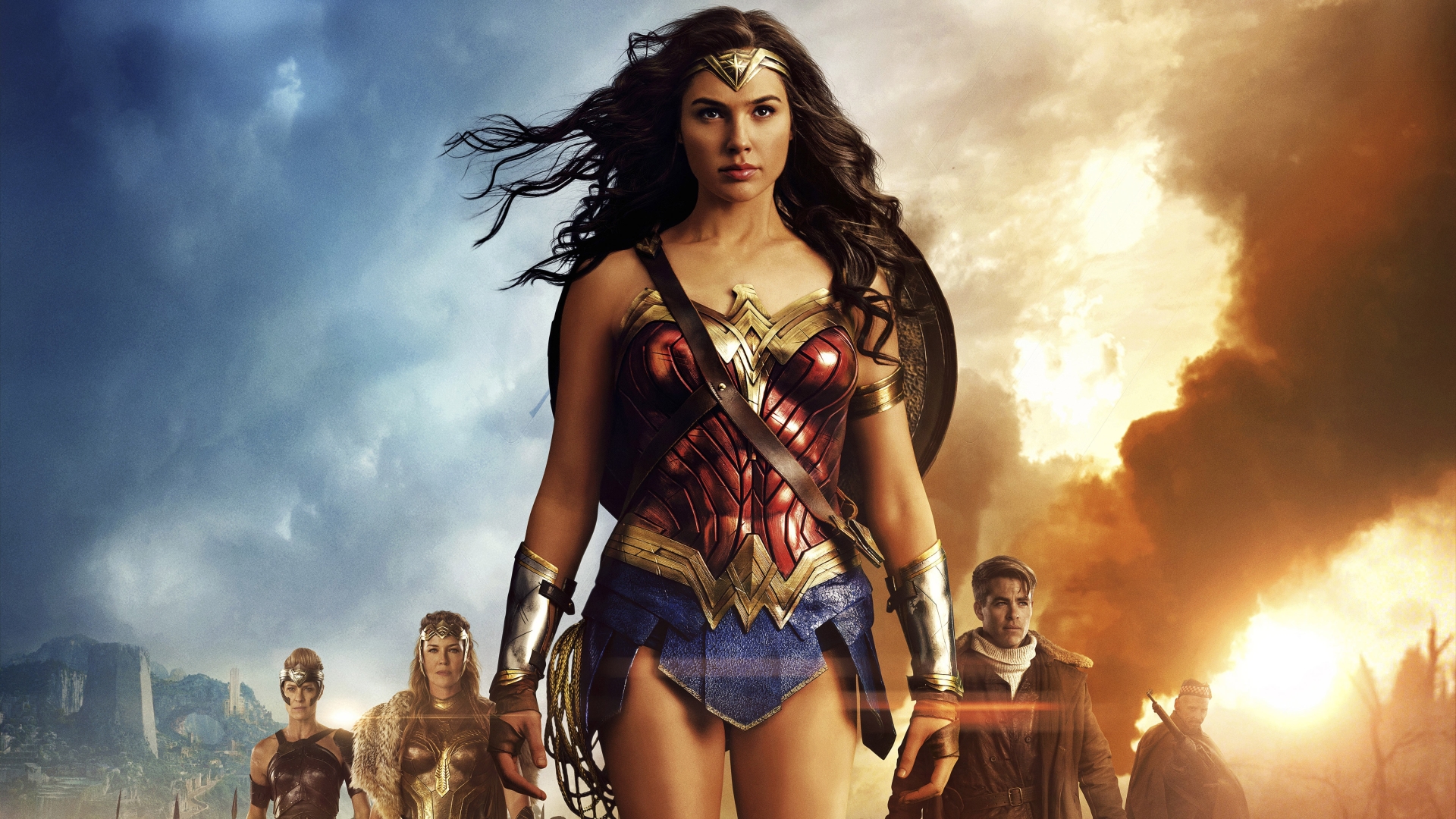 Jaws is one of the greatest films ever made as per critics around the globe. Based on the Novel by Peter Benchley, the film is directed by Steven Spielberg and was a breakout hit about a killer shark that goes on a rampage off the coast of a small town. This was the first summer blockbuster and changed entirely the audience thinking towards movies. It was the highest-grossing film until the release of Star Wars in 1977. If you somehow missed it now there is a chance for you to watch this cult classic piece of cinema that feels modern thanks to legendary director Steven Spielberg. 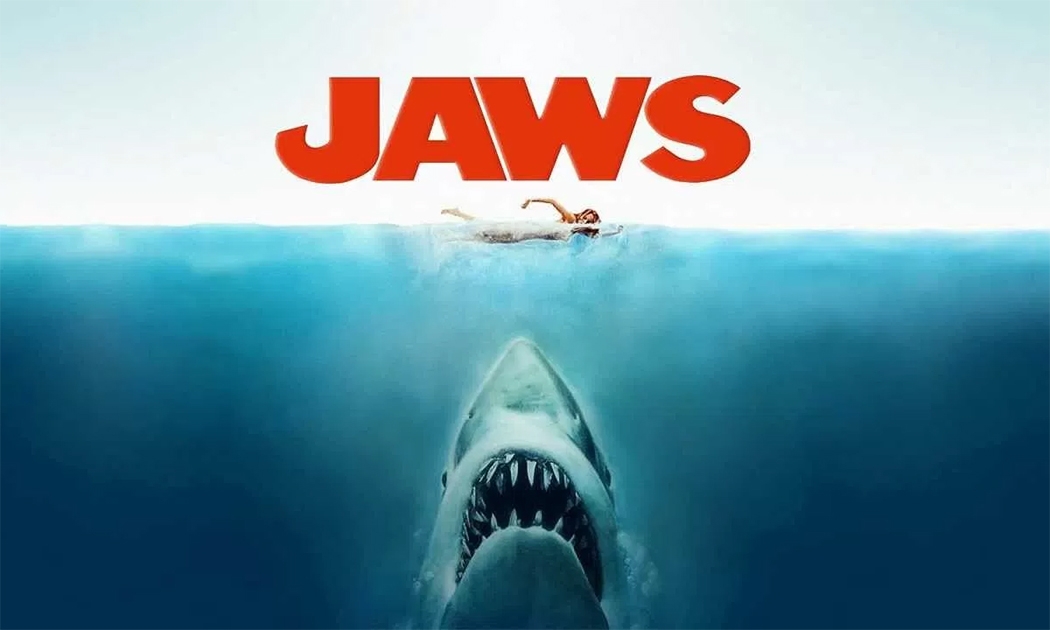 This hands down one of the best action films ever made and jokingly regarded as a Christmas film as it used to air during the holiday season. The film tells us a story about a cop played by Bruce Willis named John McClane who comes to patch up with his estranged wife Holly. Unforfortunalety a criminal mastermind named Hans Gruber attacks the building where holly works and now it’s up to John to save her and the day. Alan Rickman plays Hans Gruber who we all know as Professor Snape in Harry Potter films. Bruce’s Character McClane still remains an underrated character in the film universe. 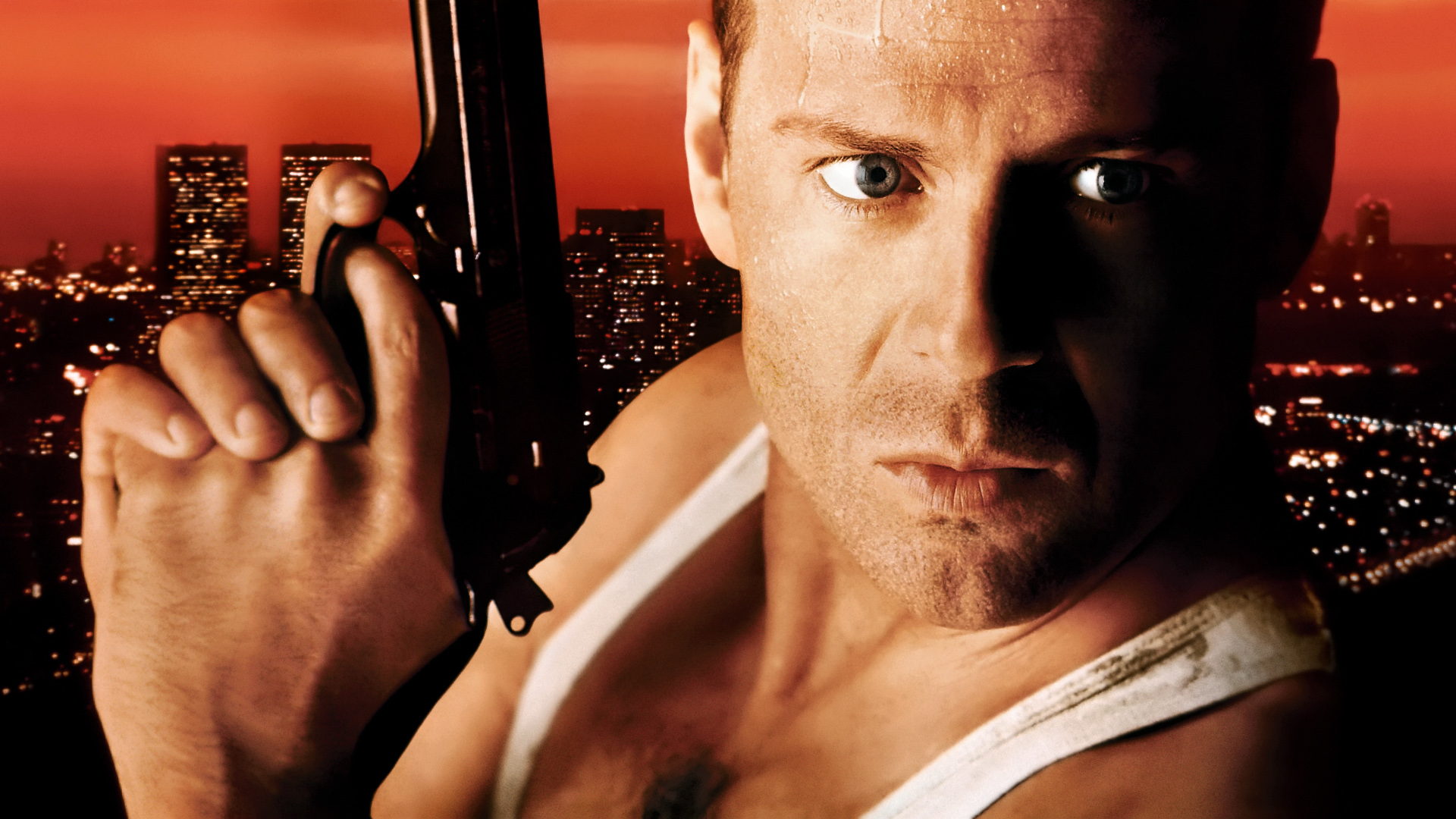 Shazam is very famous among the younger DC fans as this film has humour and comedy that centers around a young boy named Billy Batson who gets transformed into an Adult by saying a word Shazam! Zachery Levi is the perfect casting done by DC for the role of Shazam! The film follows Billy Batson, an orphan kid who is newly shifted to his foster family. He is chosen by the ancient wizard Shazam as his new champion and receives various superpowers. Billy and his best friend Freddy Freeman must discover Billy’s new powers in order to stop the evil Dr Thaddeus Sivana and the Seven Deadly Sins. 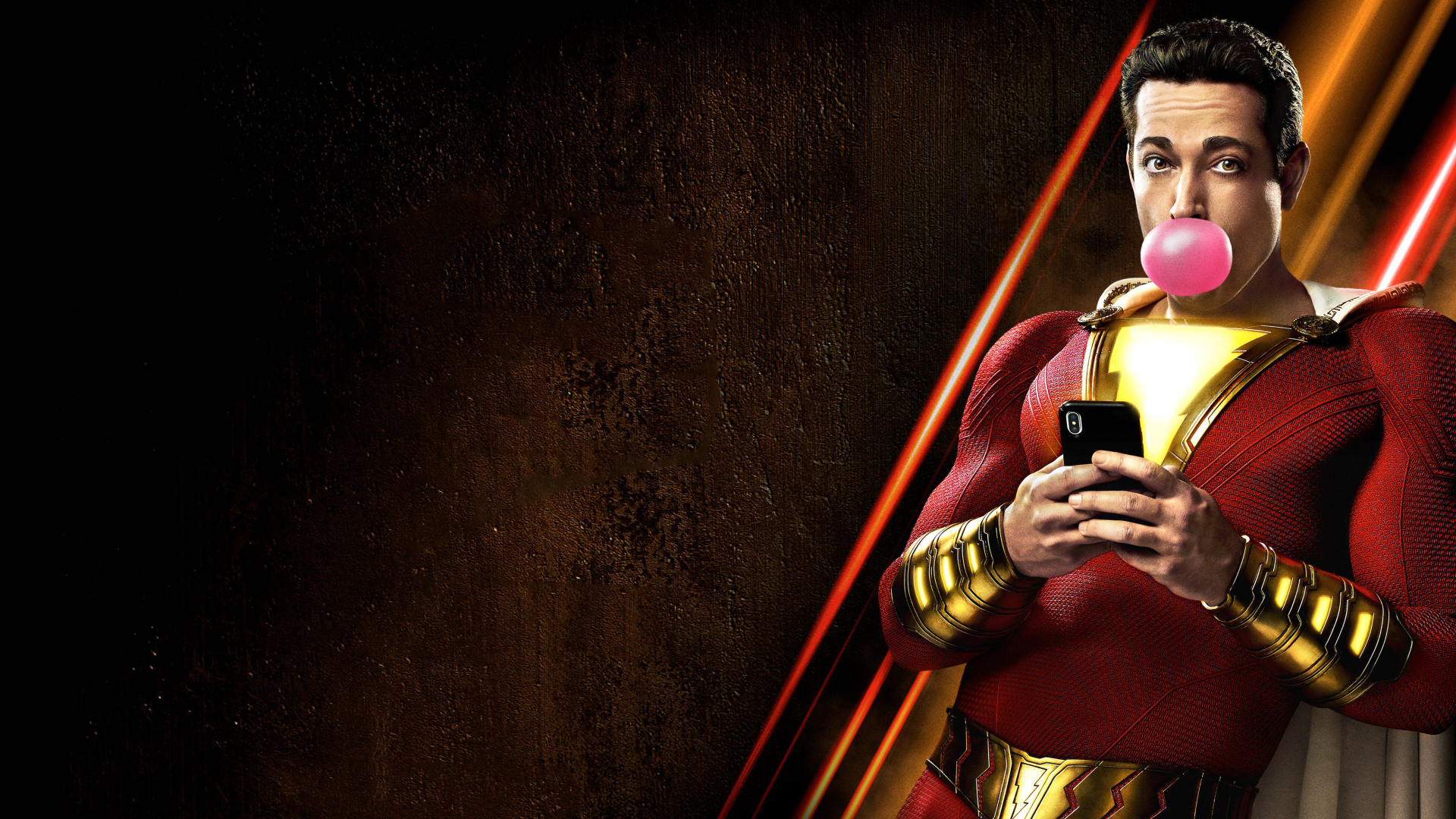 This is the most comic book accurate film to be ever made by DC, it stars Henry Cavill and Ben Affleck as Superman and Batman respectively. The film got mixed reviews from critics but was a hit among its fans. It is directed by Zack Snyder who is the go-to man for directing comic book films as he previously adopted the Watchmen comic book which is one of the toughest comic books to adapt to the big screen. It has a plot that features Batman and Superman fighting against each other after the aftermath of Man Of Steel as superman must atone for the damage he has done fighting against General Zod. 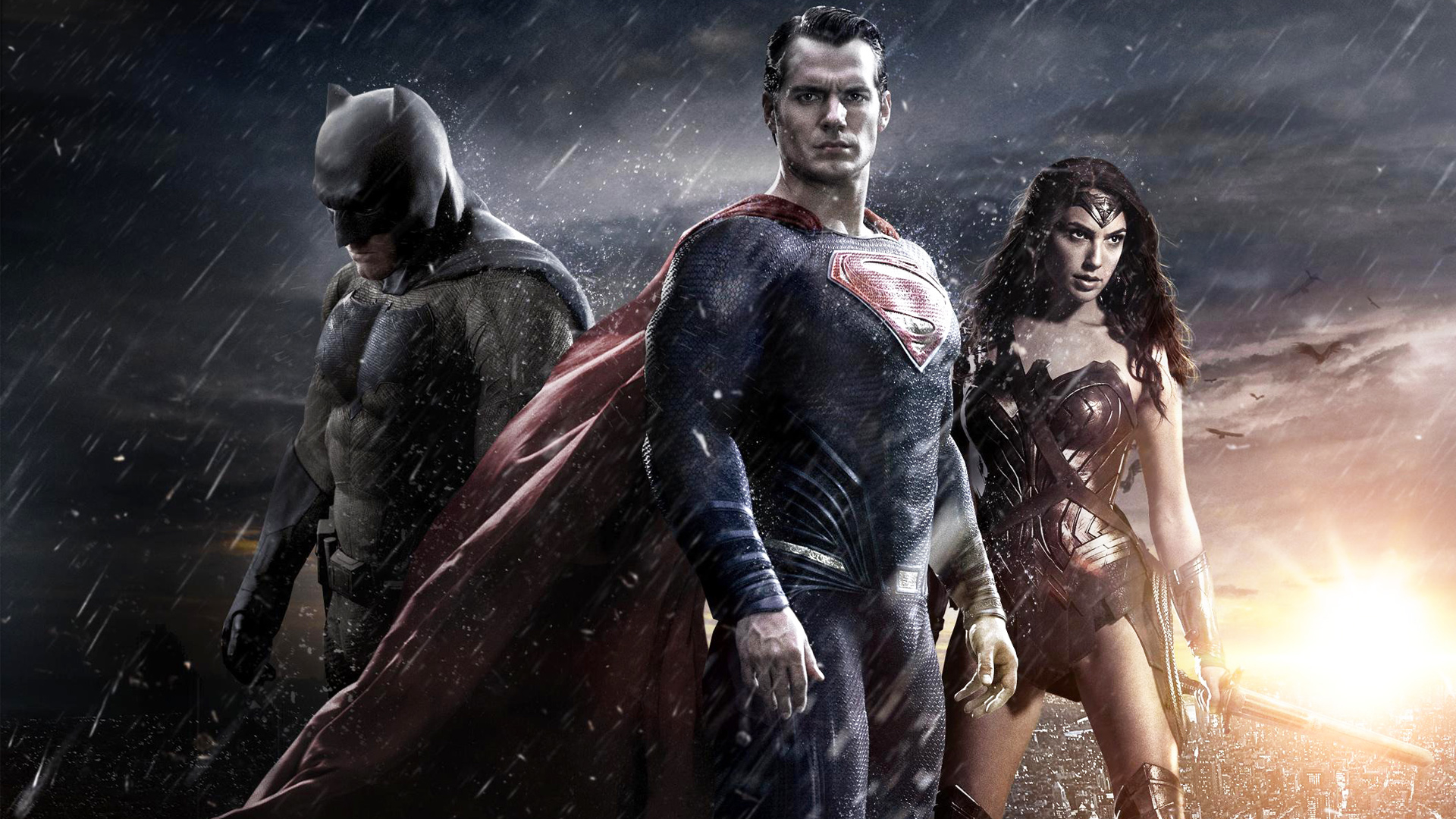