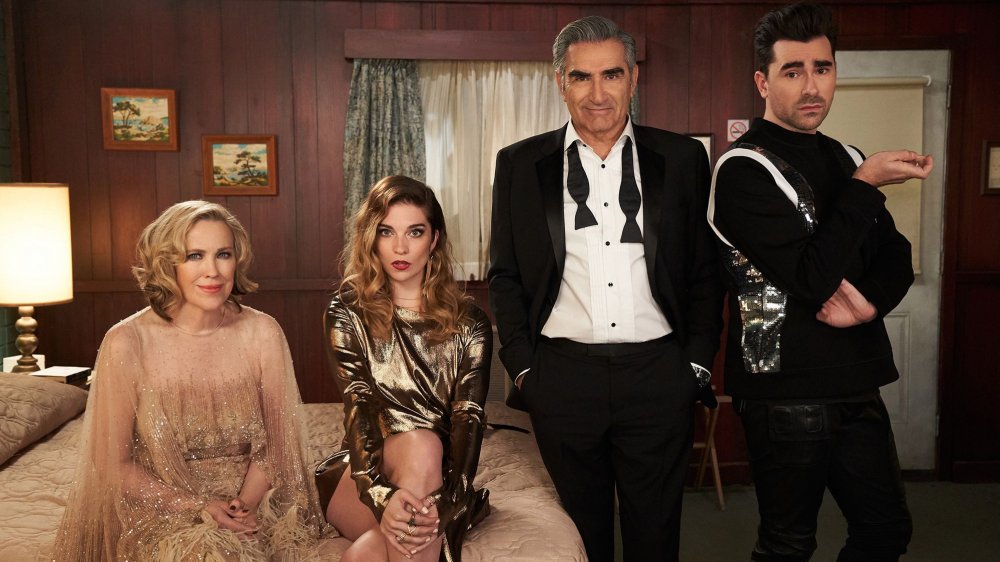 Schitt’s Creek is a Canadian family drama with flavors of hilarious comedy. This television sitcom was created and directed by Dan and Eugene and produced by Not a Real Company Productions Levy that premiers on CBC Television. The series follows an exciting approach of the trials and tribulations of the formerly wealthy Rose family when they are forced to relocate themselves to Schitt’s Creek, which is a small town that they once purchased as a joke. This joke then becomes the reason for everyone to stay and have a laugh at their situations and forever dramatic lives.

The show picks up a dramatic flow when now living in a motel, Johnny (Eugene Levy) and Moira Rose (Catherine O’Hara) along with their very own adult children, David (Dan Levy) and Alexis (Annie Murphy) have to adjust to a life without money and all the luxuries that they once had and with each other.

Life without royalty and luxury is always difficult for people living like The Royals all their life, focusing on this element, the show builds a dramatic aura that shows how simple life can be hilarious and still a go-to life. If you’re a fan of the family comedy, this show is a must-watch for you. With drama that takes a new face with everyone playing alongside it, portrays the amusing life of this Royal family without their luxuries and royalties. 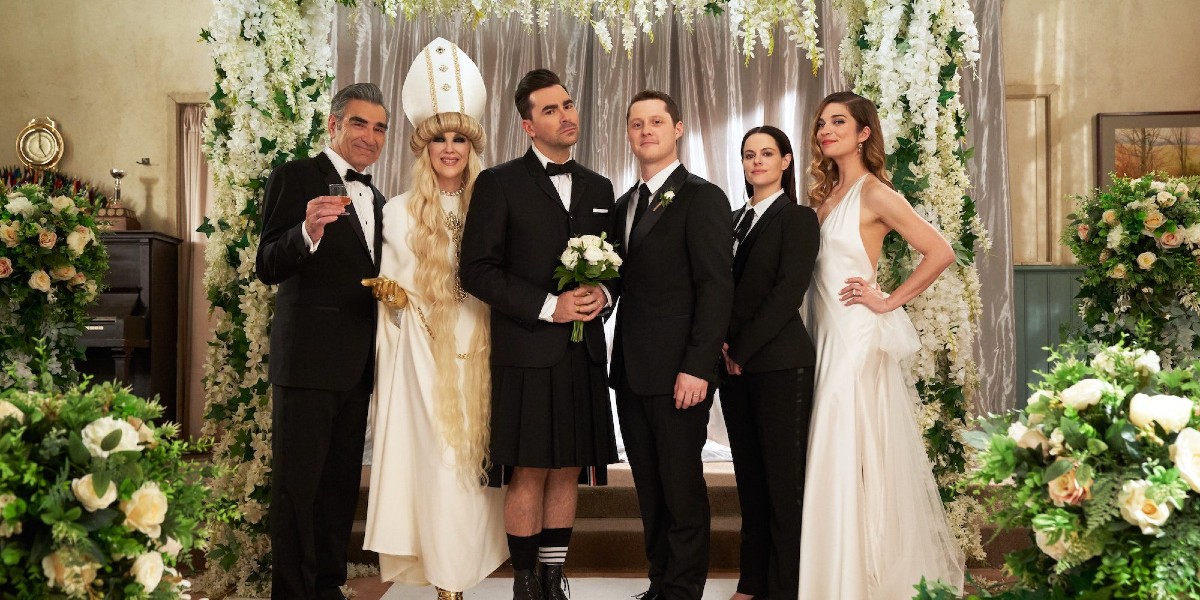 As we know, season 6 ended with unanswered questions and stunning minds of the audience, season 7 is the only hope for us, trying to figure out what happens next, with such an extremely overwhelming set of characters.

Schitt’s Creek season 6 was all about the new joyful beginnings for the Rose family. Sadly enough, the audience won’t be along for the journey as Johnny, Moira, Alexis, and David enter the next new chapters of their lives. After spending time in the motel living together as one joint family, finally, in season 7, the audience is likely to see the family head to new directions, except for David, who stays back in town, trying to settle with his husband. Unlike him, Jhonny and Moira, head to California and Alexis go to the Big Apple.