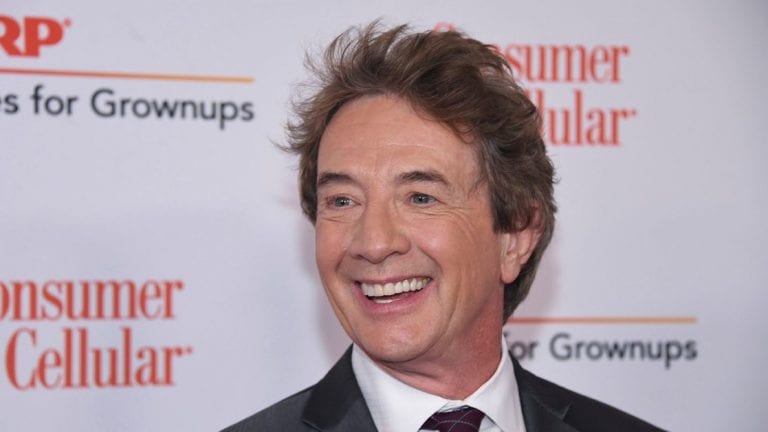 Martin Hayter Short is a Canadian-American comedian, actor, singer, and writer. He is famously known for his work on Saturday Night Live and Second City Television.

Short was born on 26th March 1950 in Ontario, Canada. He was born to Olive Grace and Charles Patrick Short and is the youngest among the five kids they have. His mother was a concertmistress working in Hamilton Symphony Orchestra, and his father worked in a steel company known as Stelco. Short graduated from McMaster University with a Bachelor of Arts in social work.

In 1980, Short married Nancy Dolman, whom he met during the shoot of Godspell. Short and Dolman have three children, Katherine, Oliver, Henry, and all of them were adopted. In 2010, Nancy Dolman passed away due to ovarian cancer. His brother Michael is a comedy writer who has won an Emmy for his work. Short has been a part of the Women’s Research Cancer Fund Campaign and is also a member of Canadian Charity Artists against Racism.

After completing his graduation, he wanted to get into social work, but after being cast in Godspell, he got interested in acting. He worked on several TV shows and played such as ‘Fortune and Men’s Eyes,’ ‘The Associates,’ ‘I’m a Big Girl Now,’ and much more.

His classmates pursued him to get into comedy, after which he joined The Second City, which was an improv group. The group started Second City Television, which was a success and ran for several years in Canada and the United States. In 1984, Short joined Saturday Night Live, which gave popularity to SNL and increased the SNL fanbase. After SNL, Short had three Television shows, namely ‘The Martin Short Show,’ a sitcom and a sketch comedy show, and a talk show. He has also had guest appearances on various shows such as ‘Arrested Development,’ ‘Muppets Tonight,’ ‘Weeds,’ and many more. Short used to have appearances on Saturday Night Live for various episodes. He was a part of shows such as ‘How I Met Your Mother’ and also judged Canada’s Got Talent. In 2016, he was a part of the variety show ‘Maya and Marty, ‘ which was aired on NBC.

Short has also starred in movies like ‘Three Amigos,’ ‘Innerspace,’ ‘The Big Picture,’ ‘Clifford,’ and many more. Short has also given voices to characters in several animated movies such as Stubbs in ‘We’re Back! A Dinosaur’s Story’, Huy in the ‘Prince of Egypt,’ Hubie in ‘The Pebble and the Penguin,’ Jester in ‘Legends of Oz: Dorothy’s Return’ and various others. Short was also a part of theatre and has done plays and broadways such as ‘The Goodbye Girl,’ ‘Little Me,’ ‘The Producers,’ and many more. He, along with his team, has also toured to various cities to perform their theatre.

Recently, he also starred in A Netflix Original’ The Willoughbys’, which released in 2020. In 2014, a documentary was released named ‘I Must Say: My Life as a Humble Comedy Legend.’ It was released to show his career in the business and industry.

Martin Short’s estimated net worth is approximately $25 million. His income has been majorly from his acting career. The variety of shows and comedy he has been a part of. He lives with his family in Los Angeles. There is no information available regarding his assets or housing, but stay tuned for more updates.