Mr. Ao showed up and told them to hand over the intel, but Konohamaru refuses. They tried to battle him, but they were no match against him. Moguno grabs Mr. Ao and blasts himself with him. After the explosion, Konohamuru realizes that Mr. Ao might still be alive. He realizes that they cannot let Mugino’s sacrifice go to waste end they leave somewhere safe. After everything has settled, Mr. Ao gets up from piles of rock.

Boruto Naruto Next Generations Episode 186 will be released on Sunday, 14 February 2021, at 5:30 PM JST.  Take a look at this official website Crunchyroll, AnimeLab, and Funimation, to watch Boruto. Take a look below. 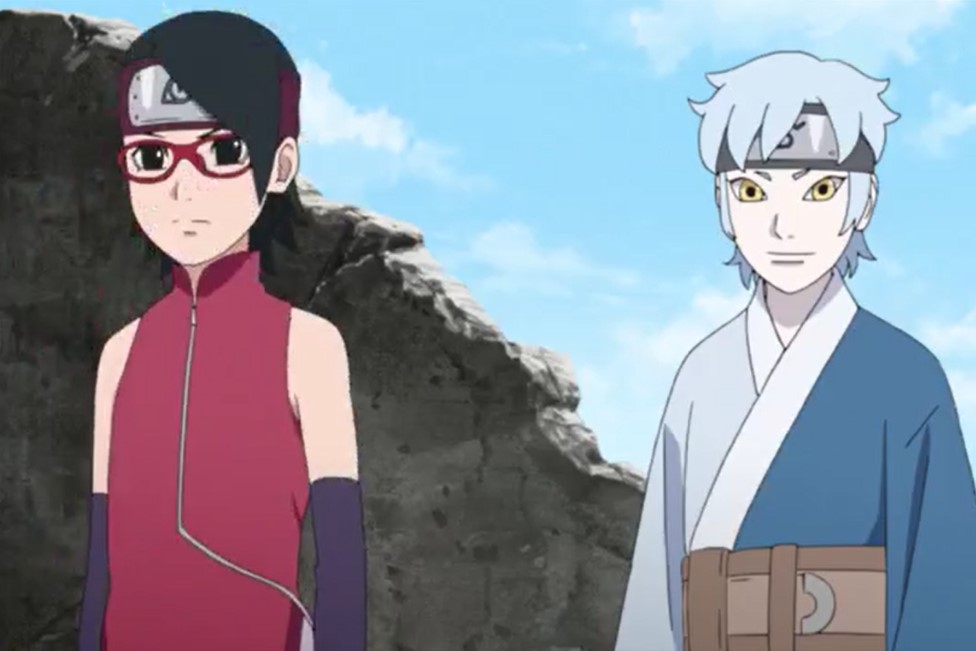 Previously on Boruto: Naruto Next Generations 185:

Mri. Ao, promise that he will catch Team 7, and he won’t let anyone escape alive. Meanwhile, Team 7 is hiding deep in the woods, and Sarada is taking care of Konohamuru’s wounds. She told him not to move since it will cost him longer to heal if he do so. Konohamaru comments that the white paste won’t heal him. Dr. Katatsuke reveals that it is a foam bost, one of Konohamaru’s healing abilities.

Konohamure recalls when Mugino sacrifices himself. He uses Earth Style: Rock Breaker to blast off Mr.Ao. Mr. Ao comments that they don’t know when to die, and everything explodes. Mugino’s last words were telling everyone to run away, and they must not worry about him. Boruto questions himself why he couldn’t do anything when Mogino was dying in front of him. Konohamaru comments that there is no time to be sad; they must no disappoint Mugino.

He also said that they are alive, and it is up to them to carry out this will. Boruto mourned Mugino’s death and said it is too much for him. Sarada consoles Boruto and asks about Mr.Ao. She comments that she never thought of a hero from the Great Ninja War would end up being an enemy. Konohamaru reveals that Mr.Ao is a Jonin who has supported the Village Hidden in the Mist since the previous Mizukage. 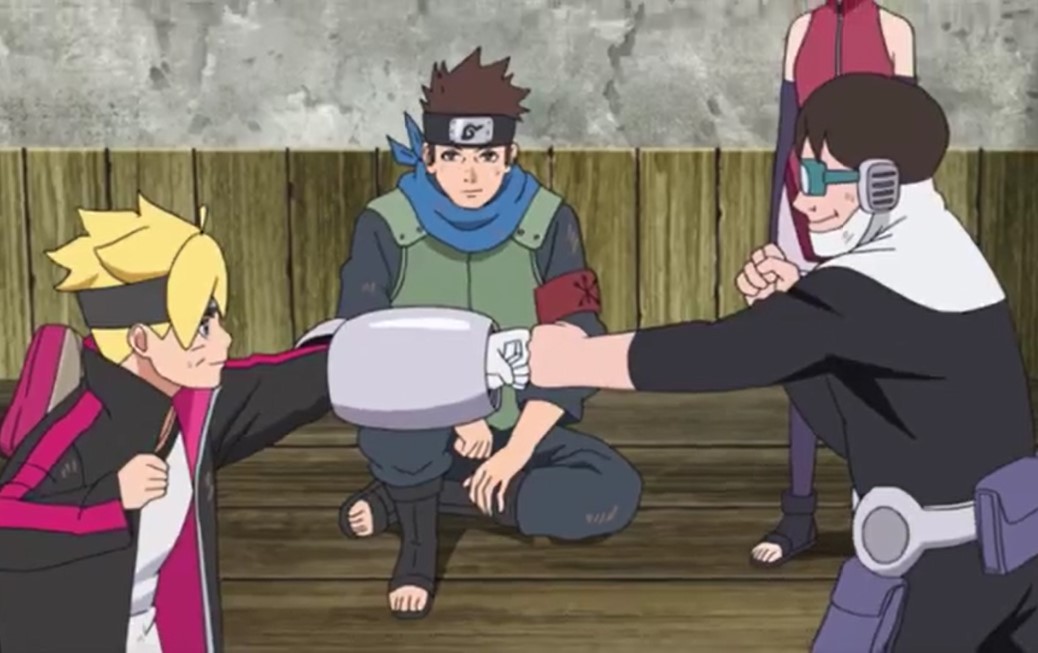 Mr. Ao’s skills are terrifying, and Mitsuki comments that the Scientific Ninja Toll implanted in Mr. Ao’s body spell trouble. Konohamaru said Mr. Ao was looking for the content of that container inside the airship. Mr. Ao tried to get rid of them for being around the airship. Sarada asks what was in that airship that is so important. Konohamaru replies that he doesn’t know. But he has something that they can get some data from and find out.

He thinks that they will get some clues about their enemies. Mitsuki comments that Mr. Ao is making it difficult for them to escape since he’s looking for them. Konohamaru comments that they can split into teams to hand the intel to the Leaf Village. He said that he would work as a decoy alone to stall Mr. Ao. He gave Sarada and Boruto a mission to take the intel back to the village. Boruto thinks it is not right since they might lose Konohamaru too.

Konohamaru told Bopruto to relax, and the decision is meant to ensure the intel gets delivered. Sarada and Boruto tried to reason with Konohamaru and said they want to avenge Mugino’s death. Dr. KIatatsuke notices that the trio are not able to agree on one thing. He suggests that he can be the perfect bait, and he told them about the Chunin Exams where he was placed under Genjutsu. That day he leaked his knowledge of the Scientific Ninja Tool under control of Genjutsu.

You can find here: Boruto: Naruto Next Generations 185 how Mogino sacrifices himself to save his comrades.