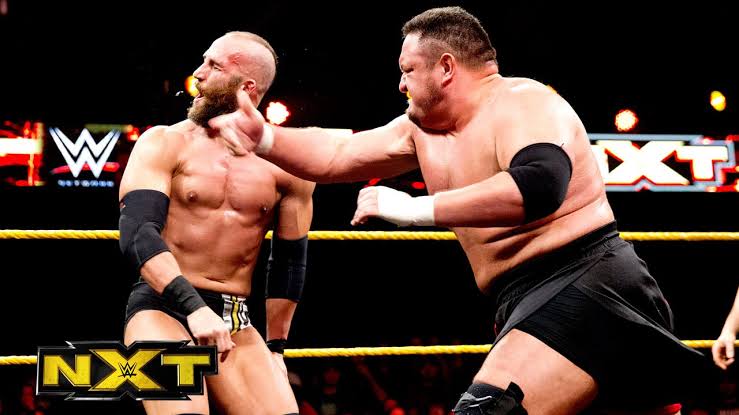 According to the rumours, there could be an increase in Wellness Policy suspensions by WWE. @Wrestlevotes mentioned on Twitter that there are rumours about the announcement of more Wellness Policy suspensions by WWE RAW. It is still unknown about who would be suspended, but RAW superstar Samoa Joe could be suspended as seen in the tweet by @Wrestlevotes.

Joe did not come up on RAW from Salt Lake City this week. The commentary was observed, and it was found out that Joe was suffering from an injury during the RAW match. This match was against RAW Tag Team Champions Seth Collins and Buddy Morphy. He was in a team with Kevin Owens. Later during the match, Joe was quietly evacuated from the match, and Owens finished the match alone without Joe.

In the RAW match last week between Joe and Collins, the announcers observed the commentary and found out that while taking the dive, Joe was hurt, and due to how hard he slammed his opponent.

From an assumption within WWE, it was noted that Joe suffered a concussion when he hit his head on the floor. The way in which Joe’s injury was angled out on TV might look fake, but it was confirmed by multiple sources that the injury was real and not fake.

Earlier on December 10, WWE announced the Suspension of Primo Colon and Robert Roode. This lasted for a period of 30 days as a result of their first violations. These suspensions come after a long gap. Last time when WWE suspended anybody for Wellness Policy violations was long back in 2016.

After the suspensions of Roode and Primo, it was disclosed that Andrade, a WWE United States Champion, had been suspended for his first violation of the Wellness Policy.
Apart from these, no further suspensions have been reported. For more updates on any WWE Wellness Policy suspensions, please stay tuned.