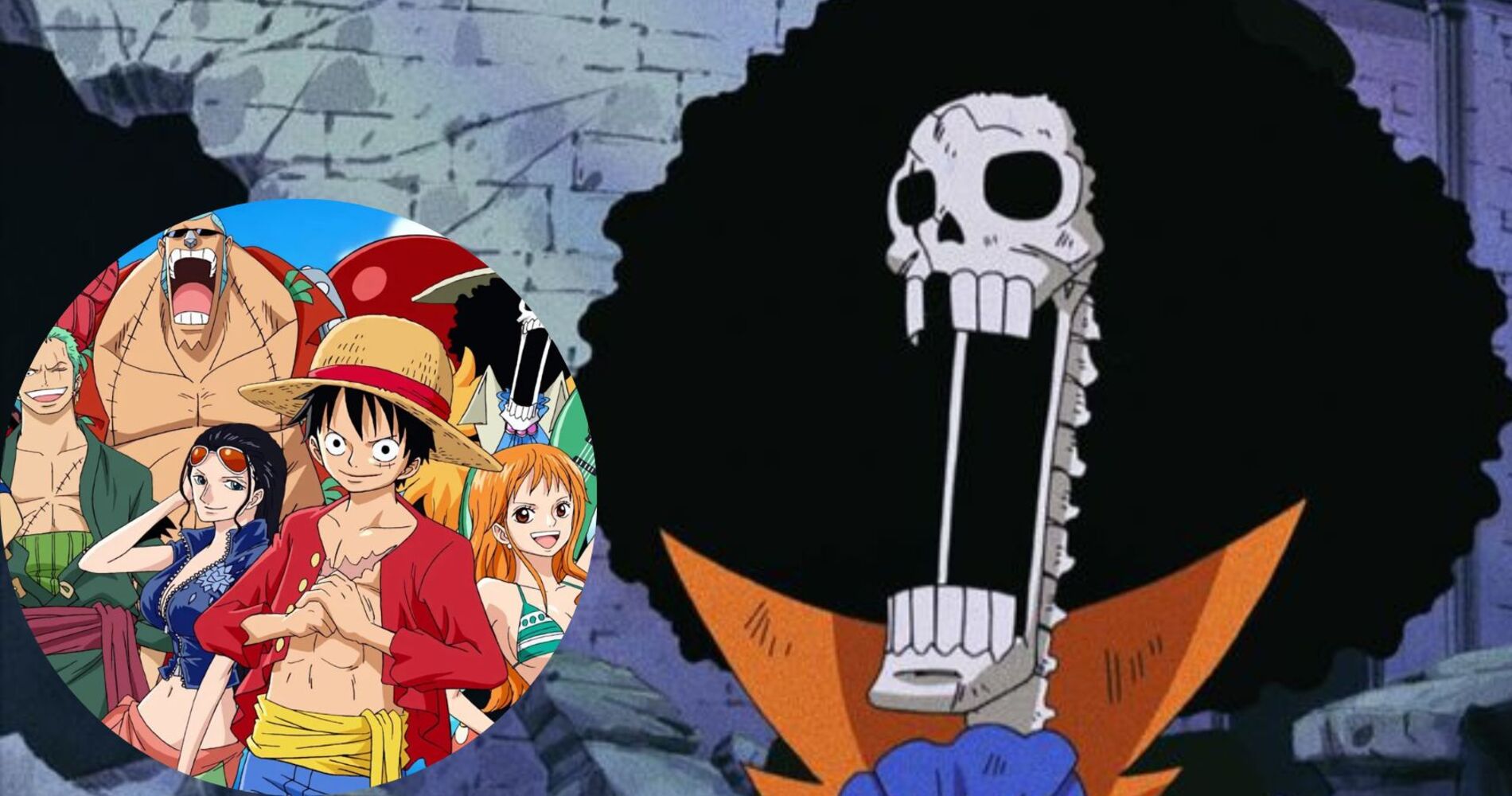 There have been so many epic arcs in One Piece over the years, so what episode does Thriller Bark end? We will know about it in this article. The Thriller Bark Arc is the eighth story arc in the series and the first and only in the Thriller Bark Saga. Their shadows are stolen by Warlord of the Sea Gecko Moria on Thriller Bark, an island that appears haunted by the Straw Hats. They must race to retrieve them before sunrise on this seemingly haunted island. A new Warlord shows up to make the Straw Hats’ situation worse. Brook becomes their new crewmate after the Straw Hats defeat Moria.

Toei Animation produced the 10th season of One Piece, the “Thriller Bark Chapter”, which was directed by Konosuke Uda and Munehisa Sakai. The plot revolves around Brook’s meeting and recruitment in a mysterious mist. As the crew approaches Thriller Bark, one of the Seven Warlords of the Sea, Gecko Moria, leads a crew of zombies created by shadows. The season began airing on Fuji Television on January 6, 2008 and ended on December 14, 2008, lasting 45 episodes. As of July 7, 2010, 13 compilations of the season have been released. The first DVD was released on October 7, 2009.

What Episode Does Thriller Bark End

Thriller Bark end at Chapter 490 in manga and Episode 381 in anime. Thriller Bark has a unique plot because it introduces the Straw Hats’ ninth member, Brook. On February 25, 2008, manga chapter 489 was released. As the Arc comes to a close, Luffy notices that the Piece of paper Ace gave him started burning. This indicates Ace was in danger and probably in need of help. Despite this, Luffy decided not to pursue Ace since he feared he would disrupt his journey. After Brook joined the board of the Going Merry, the Straw Hat Pirates sailed again with the Going Merry. A round of beer is served to the crew at the end of episode 381 to celebrate Brook’s appearance. 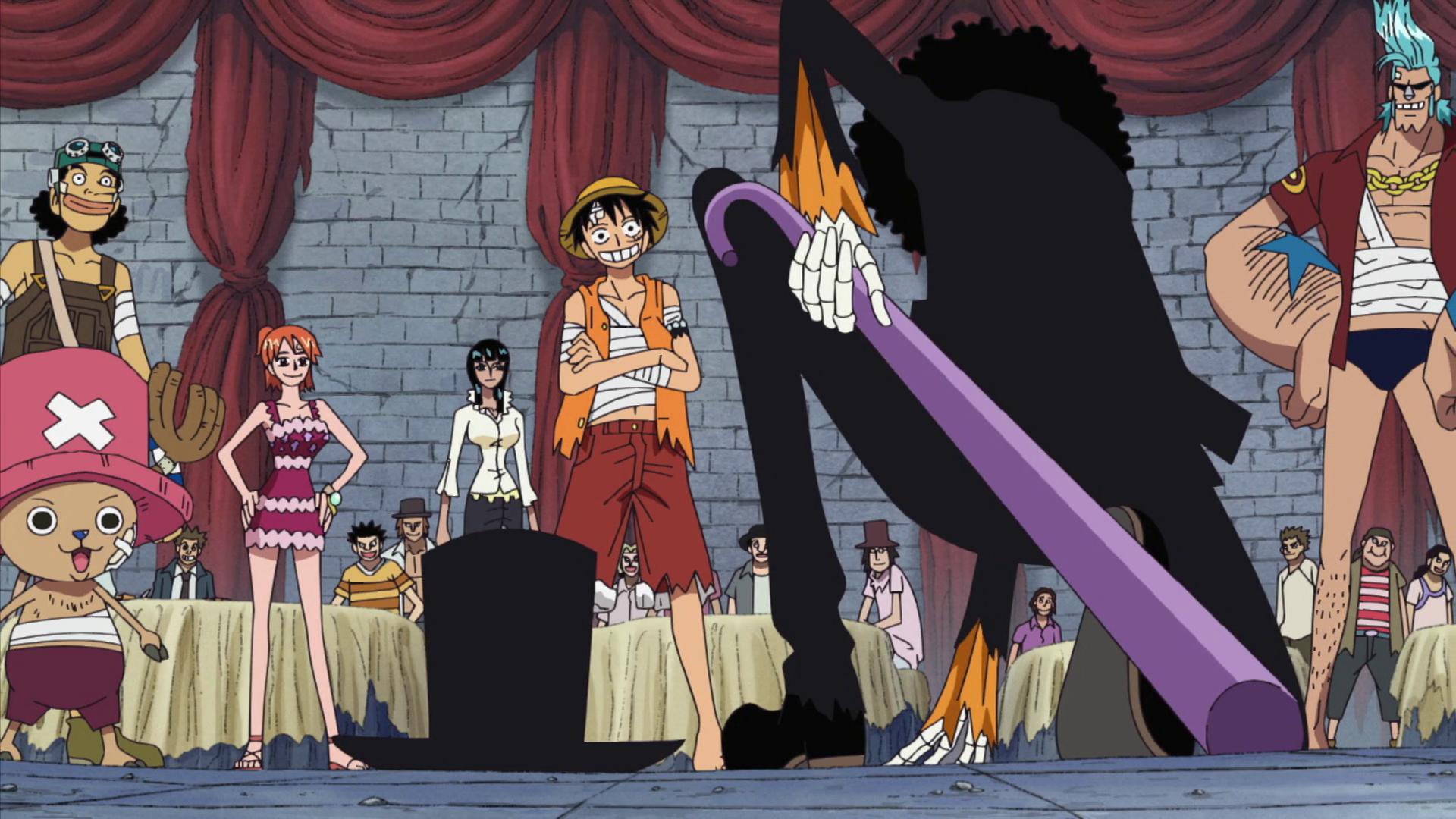 What Episode Does Thriller Bark End

Despite some of Brook’s ridiculous qualities (even among the sillier things, I don’t mind), he is a decent crewmate who finally provides Luffy with what he has always sought in a musician. Brook’s terrible background contrasts well with his personality, and having his entire crew slaughtered immediately after taking over from his deceased captain is a good contrast to his demeanor. The sequence in which Brook and his crew decide to play a song together while they die, replete with Brook counting down the performances (Quartet… Trio… Duet… Solo…) until he was the last, was a great yet depressing scenario. The Devil Fruit in One Piece allows him to restore his body, but it has already withered away, which is the kind of comic absurdity I enjoy.

There are a few bright spots throughout the real Arc. Some humor lands, such as Sanji being jealous of Absalom because he possesses the Invisible Devil Fruit, which is the only fruit he would consume to spy on ladies. However, things swiftly went south. Perona can also make her opponents experience terrible feelings, which makes it amusing when Luffy and Zoro fall to their knees and question why they are still alive, but Usopp is usually pessimistic about himself, so it has no effect on him. That was amusing. The real brawl between Usopp and Perona appeared to last forever… There were also some very funny situations in which members of the cast were trapped within a gigantic living teddy bear and couldn’t inform Perona what was going on. 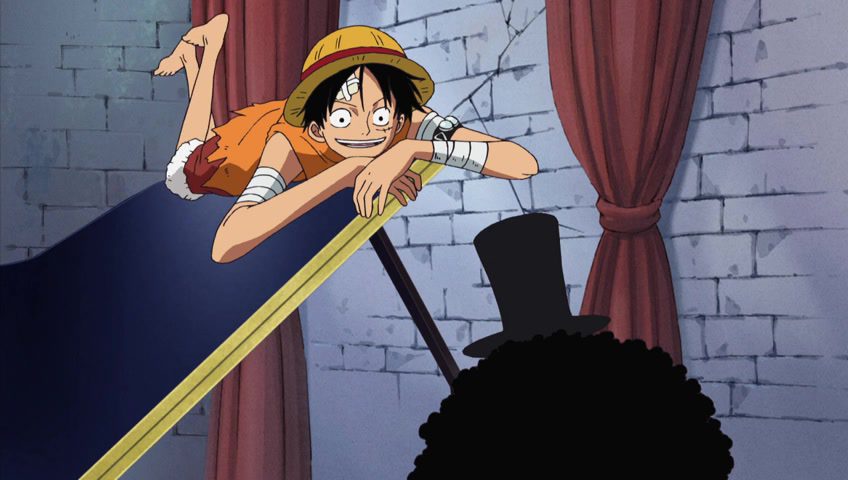 For me, the duel between Zoro and legendary swordsman Ryuma was not only thrilling, but it also led to Zoro getting a legendary sword, giving him three legends. After the major battle, a second Warlord of the Sea, Bartholomew Kuma, kills the Straw Hat crew and any witnesses. He tells them to do it since the world cannot know that the Warlord has been defeated by a pirate. He becomes so enamored with Zoro that he offers him a deal: either he accepts all of the anguish Luffy has felt throughout his struggle with Moria all at once, or he kills everyone. It’s a beautiful scene when Sanji discovers him standing in one spot, covered in blood from head to toe, arms crossed, claiming that “nothing occurred” while everyone else is out cold. The fact that Sanji was the only one who knew what transpired contributes to their unspoken closeness.

Dr. Hogback, a.k.a. Vampire S&M Robotnik, irritated me at first (he has the worst trademark laugh yet…). His undead Cindry turned out to be an actress he liked, and she kept disputing with him because she understood how much he had hurt her. Finally, she manages to “break her programming” and disobey him before returning to the afterlife. It’s… okay, especially in comparison to what she’s been through…If I hadn’t previously covered the debut arc, this would be a sour start to the (likely never-ending) coverage of One Piece on this blog. There are some good moments, but overall it’s not as humorous as it thinks it is (which is unfortunate because One Piece frequently makes me laugh), and it doesn’t have nearly as much good action to compensate as previous arcs. 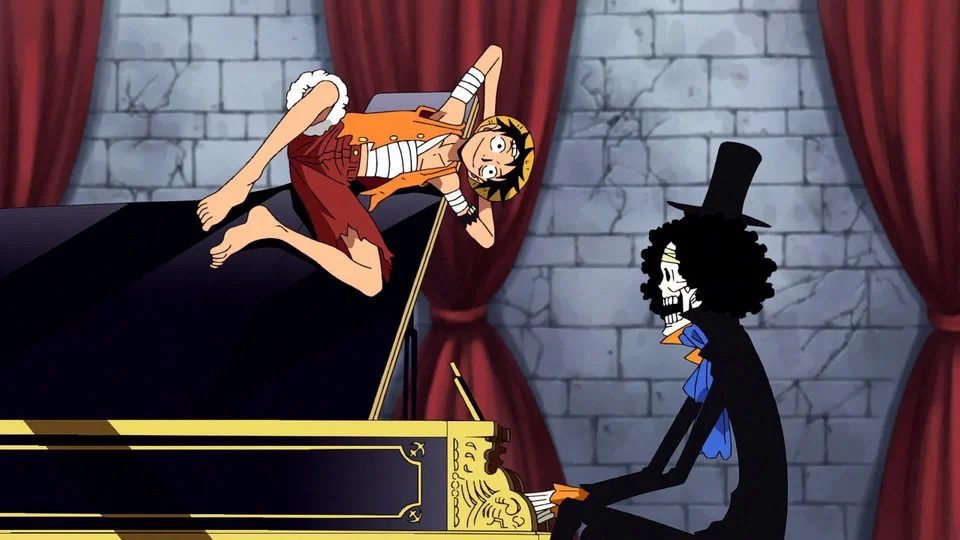 A new era began with Gol D. Roger, the Pirate King, who acquired everything in the world. His words at the execution tower, “You can have my treasures; find them; I left everything there.” This sent millions of people to the seas, chasing their dreams, heading towards the Grand Line, searching for One Piece. Then a new era began.

During his quest for One Piece along the Grand Line, Monkey D. Luffy hopes to become the world’s greatest pirate. This adventure will be unforgettable for him and his crew. They include a swordsman, marksman, navigator, cook, doctor, archaeologist, and cyborg-shipwright.

Also Read: When Does One Piece Film: Red Come Out In America?