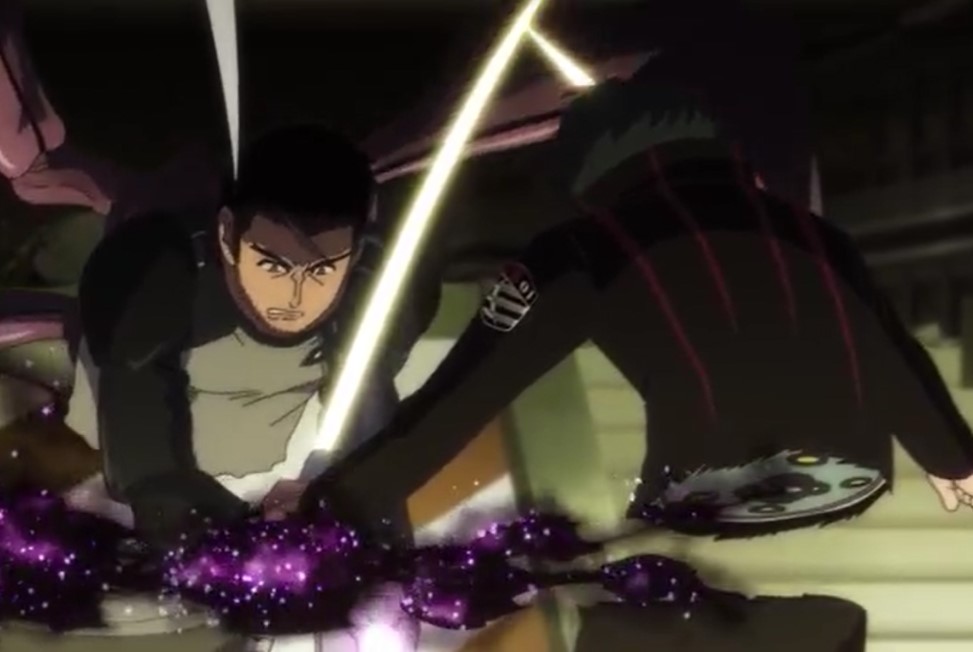 The battle continues with two of Galopoula members taken down. Gattin is about to unleash the final blow that Solo has noticed. Gattin thinks he can destroy the target if he outsmarts Solo, who has other plans. Wen and Reghi have been taken to custody. Solo attacks Gattin with Kogetsu: Whirlwind. Gattin uses his Rock Solid-body to block all the attacks. He realizes that they are aware of his cannon, and he has to do something quickly.

Solo asks Konomi to do him a favor, and he switches sides with Konomi. Solo is thinking of preventing the cannon attack. He warns another if they see an opening, they have to take a shot as planned. Konomi and Solo started to attack Gatting, who is checking for a trion spot. Gattin also checks the warp from one spot to another and warns Marduk not to reach their blind spot. 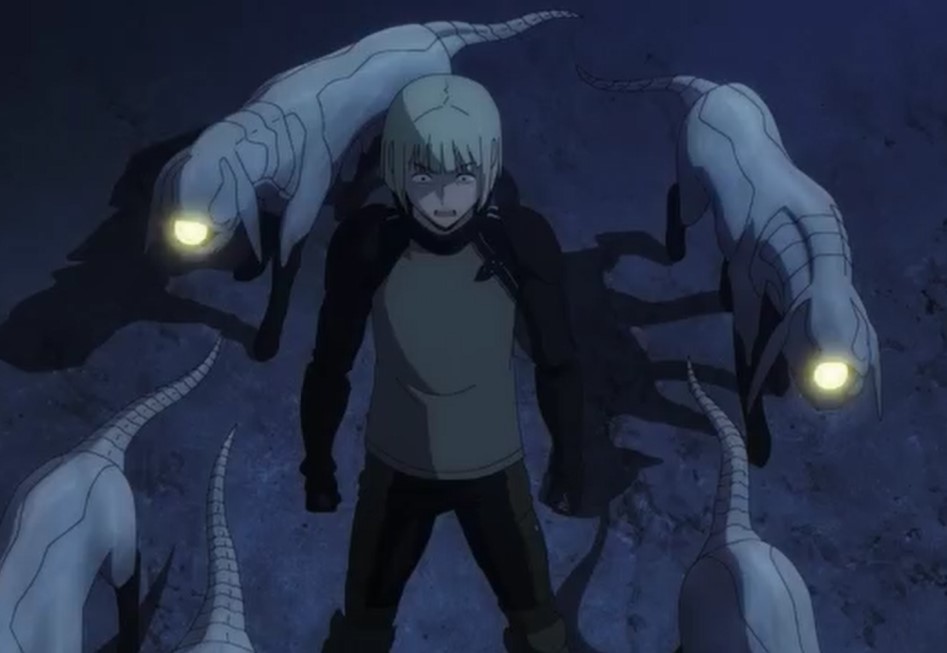 Gattin told Mardurduk that they have to predict the enemy, and they can attack. He orders Marduk to pull the shield user off by force is necessary. Gattin said his next shot would end everything. He continues to analyze the battle while blocking attacks from Konomi and Solo. Gattin notices that Konomi is watching out for his cannon, and she is preventing him from attacking. Gattin looks around the battlefield, and he spotted the warp Triggers.

Marduk realizes that surprise attacks won’t work now while Kirie is reading Despinis’s moves. He is countering Marduk more sharply, and Marduk thinks that Kirie is skilled enough to handle the situation alone. Kirie is wondering if Marduk can attack the shield user Murakami. He uses a vanishing Trigger to have the upper hand on the battle. Marduk tries to locate the Trion spot, and he finds that they are too many.

Marduk notices that the Trion is leaking from the wound he gave Kirie earlier. He attacks in that direction. His attacks got blocked, and he realizes that he got Kirie, and he fires Despinis’s. He is surprised to see only Kirie’s arm and realizes that several arms have been used as a decoy. Kirie uses his vanishing Trigger and appears behind Marduk, who is surprised that his legs got cut. Kirie realizes that it is a Kuga tactic that he has used on Marduk.

Gattin saw an opening and warns Marduk to attack Murakami. Marduk sends Despinis’s that got blocked by Murakami’s shield. Kirie cuts Marduk’s hands to stop the attacks. Solo notice that the cannon were coming and told Konomi to cover Murakami. Gatting is surprised that Konomi has moved, and Gattin tries to fire the cannon. Solo comments that he is too late. Gattin got cut into half before he fires the cannon, and he cunt believe that it was quick. 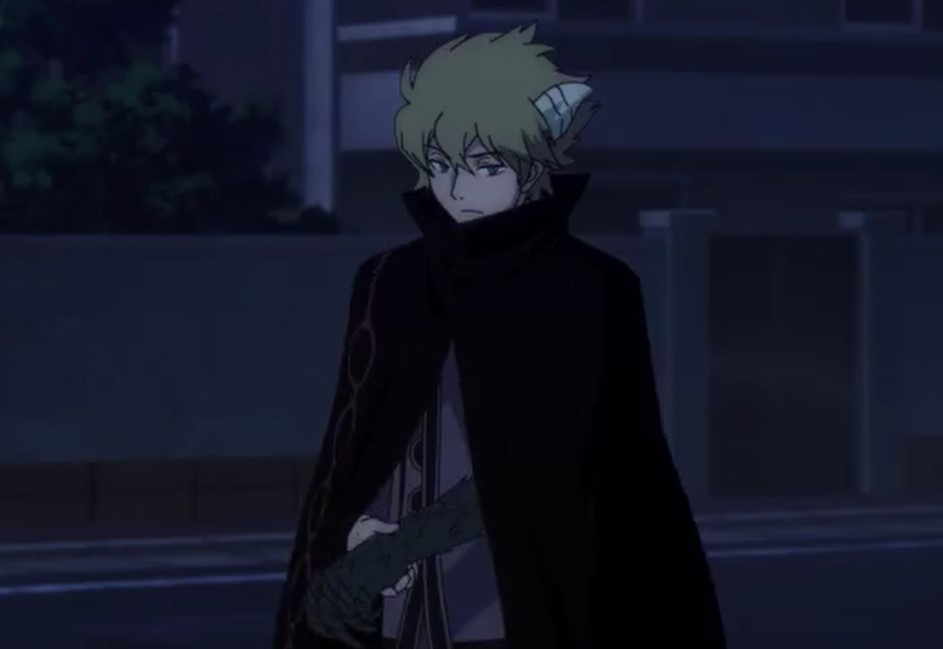 Gattin is wondering why Konomi made the quickest attack and also cut her comrade. Reghi is with Trion dogs outside the building, and he is scared after seeing a Trigger horn Hyuse. Hyuse asks Rhegi if he is a soldier from Galopoula. Reghi is shocked why and Aftokrator is here. Hyuse reveals that he is from Erin House, under the Beltiston House in Aftokrator. He asks Reghi to assist him in returning home and bring him to his ship.

Rhegi realizes that Gattin has told him that if they find a captive from Aftokrator. Rescuing them is unneeded, and if they interfere, they have to dispose of them. Rhegi realizes that Hyuse is the captive on the run. Yataro and Rajini show up, and Reghi is surprised to see a Meeden child. Back inside the building, Gattin manages to fire, but Murakami blocks his attacks. Gattin explodes, and his body vanishes.

Marduk comments that they managed to annihilate them. He praises Kirie, and his body also vanishes. Kirie saw something and wonders if it is a Bailout, and it has been reported that the Trion spot is gone. The Neighbors caught by both Nasu Squad and Miwa Squad are gone. The Trion soldiers and dogs are also retreating. Yomi warns Rhegi that the mission was a failure. He told him to retreat, and Reghi thinks he is not withdrawing empty-handed.

Hyuse pulls out his sword and stabs Yataro and Jin saw that from the rooftop. Yataro wakes up and reveals that Hyuse uses the pretend stab scorpion. Rehgi decided to fight with Hyuse. He unleashes Thigator and Hyuse uses Lambris to block Reghi’s attack. Reghi got pinned to the ground and realizes that it is Afto’s Enhanced Trigger. After defeating Reghi, Jin shows up, and he made a deal with Hyuse that he will send Hyuse back.

This week we conclude our post with all of the above details. Let’s meet next week for more updates about the battle.