The third season is coming to an end! Kaguya-Sama: Love Is War Season 3 Episode 12 will be the final episode of this season. And we are nowhere close to figuring out what will happen next in this final episode. Just when we start to believe that maybe this is it, confession is about to happen, they both take five steps back. At this point, where it feels like this will be the end, our guts say that this might not be the end, again! But still, it looks like time is running out for Shinomiya. Deep down, they both want to confess, but they both are bound to their rule of not confessing first. That sure makes this anime interesting, but we think now it’s about time. How things will end up, we’ll get to know all about it in Episode 12 of Kaguya-Sama: Love Is War Season 3. 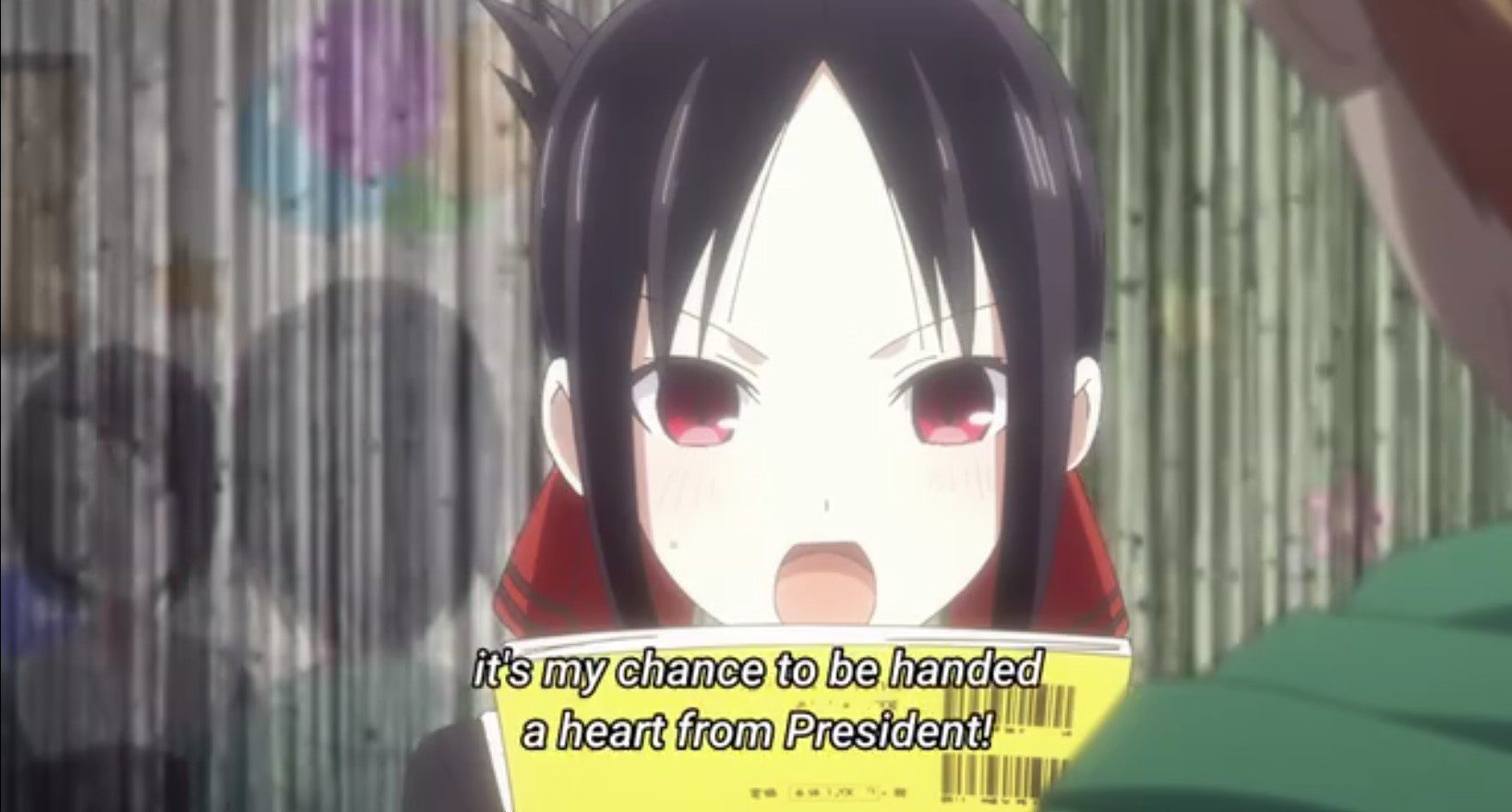 Shinomiya Wants A Heart From Shirogane

Ishigami, on the other hand, had already confessed to Koyasu. And, now he doesn’t have any idea that he is about to get rejected too. Koyasu is avoiding Ishigami at all costs. But, soon, she consults Shinomiya about how to say “No”. In the end, she decides to wait before saying anything. But, it looks like Ishigami is about to get his heart broken again. 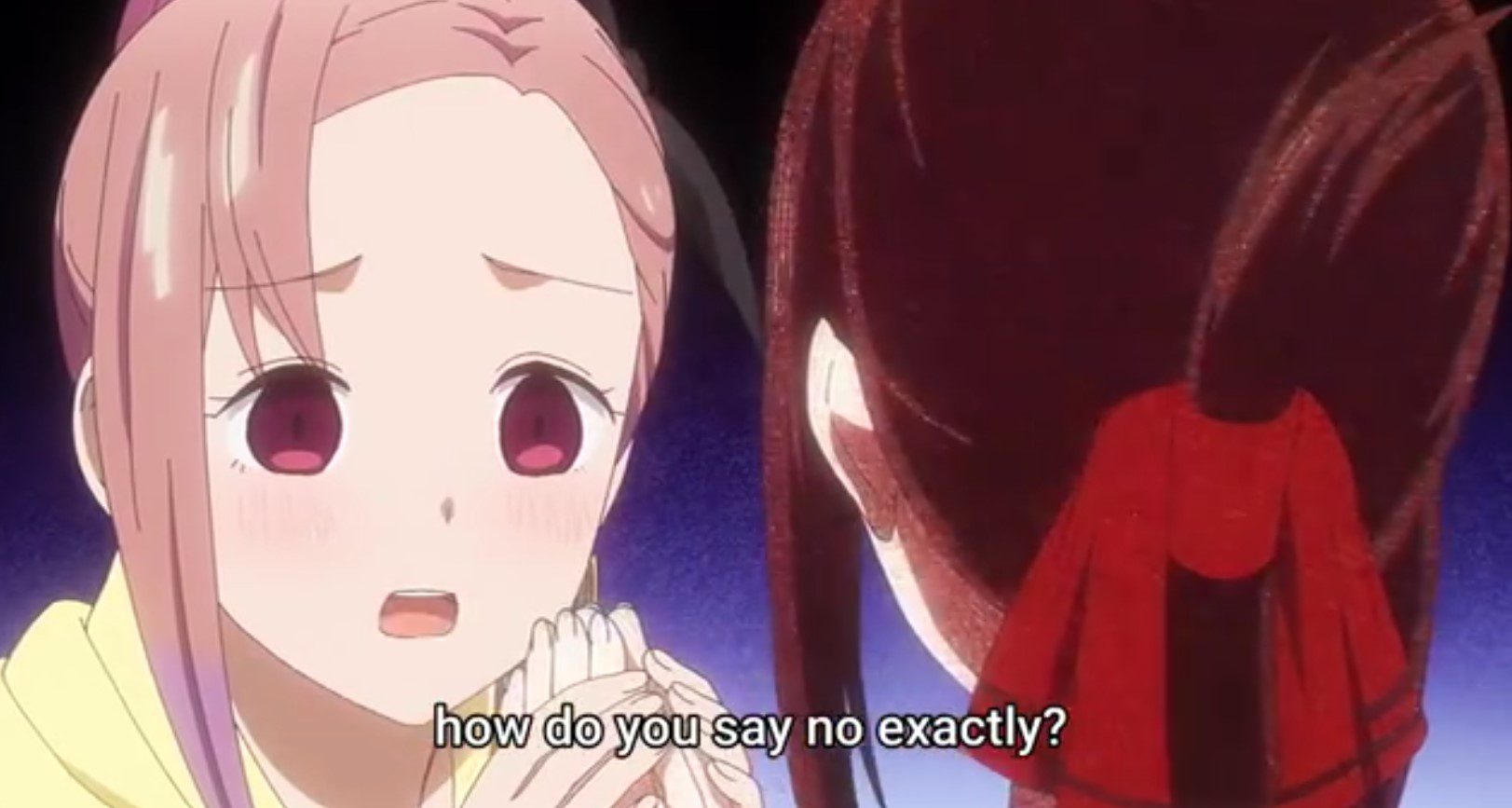 Ishigami Is About To Get His Heart Broken

In the end, Shirogane asked Shinomiya to take a walk around during this festival. Shinomiya tried making him uncomfortable by taking him to the future reading stall. Even after all that, no one got weak enough to confess to each other. But, Shirogane soon tells her something that she was not expecting at all. Just when Shinomiya was dreaming about the cultural festival of next year, Shirogane broke down the news of him moving out to study abroad soon!

What To Expect In Kaguya-Sama: Love Is War Season 3 Episode 12?

Time sure is running out now! If Shirogane goes abroad without any of them confessing to each other, then it’s all over. It’s now or never! Will Shinomiya confess now, knowing that she might never see Shirogane again? Or will Shirogane make the move before going away? We’ll leave it to your imagination to think about what might happen next. But, to know for sure, let’s wait together for the 12th Episode of Kaguya-Sama: Love Is War Season 3. 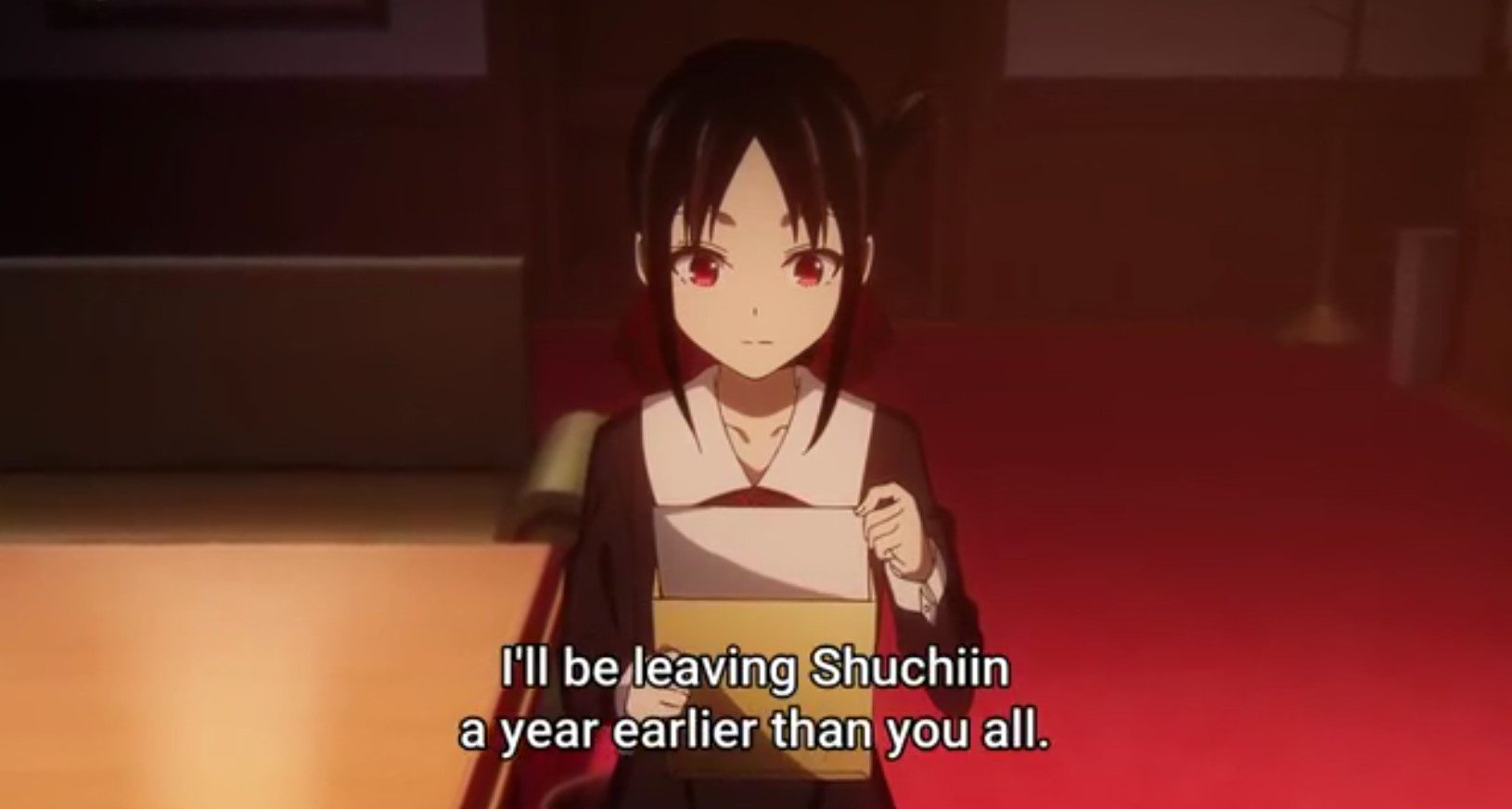 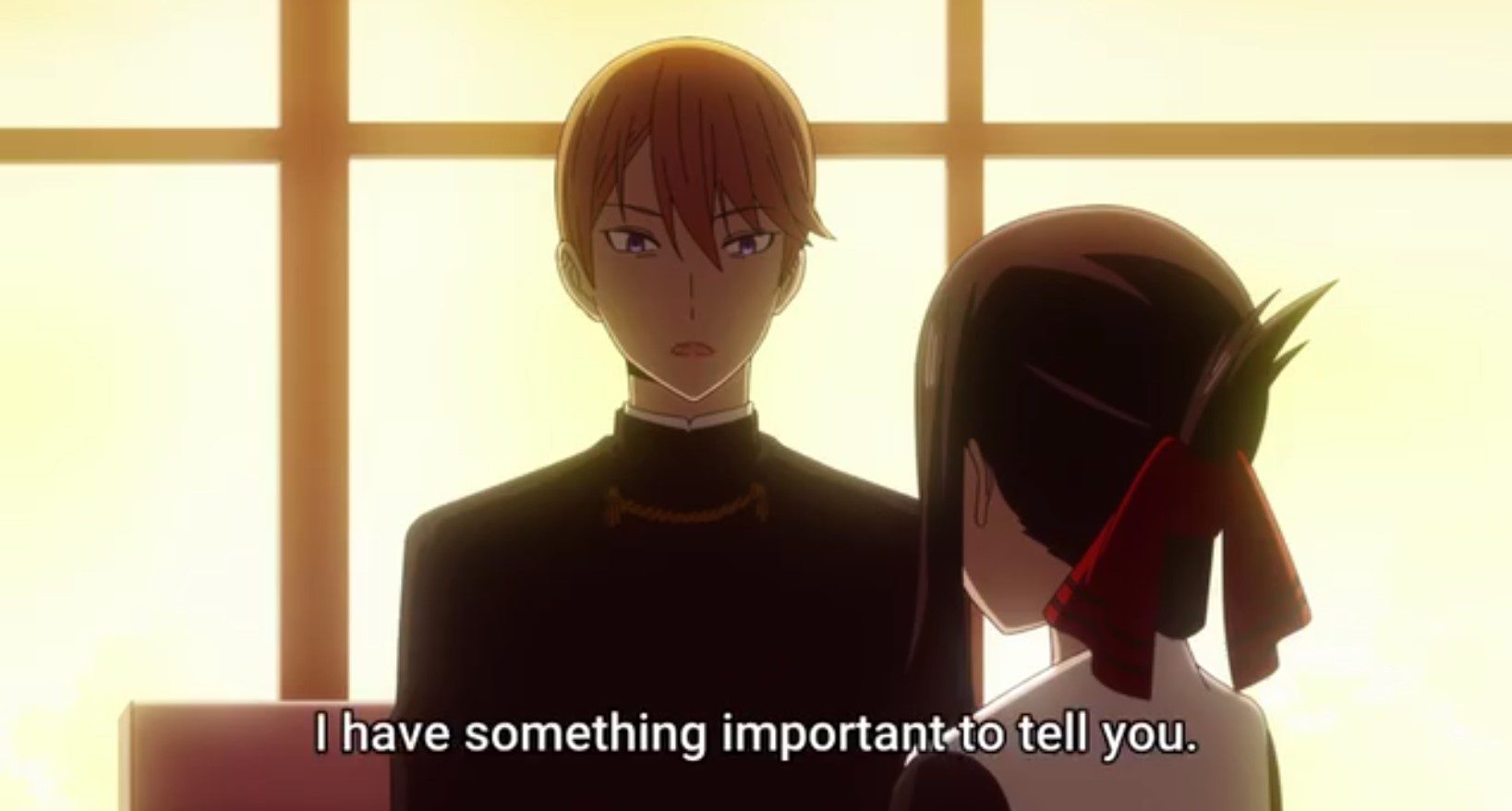 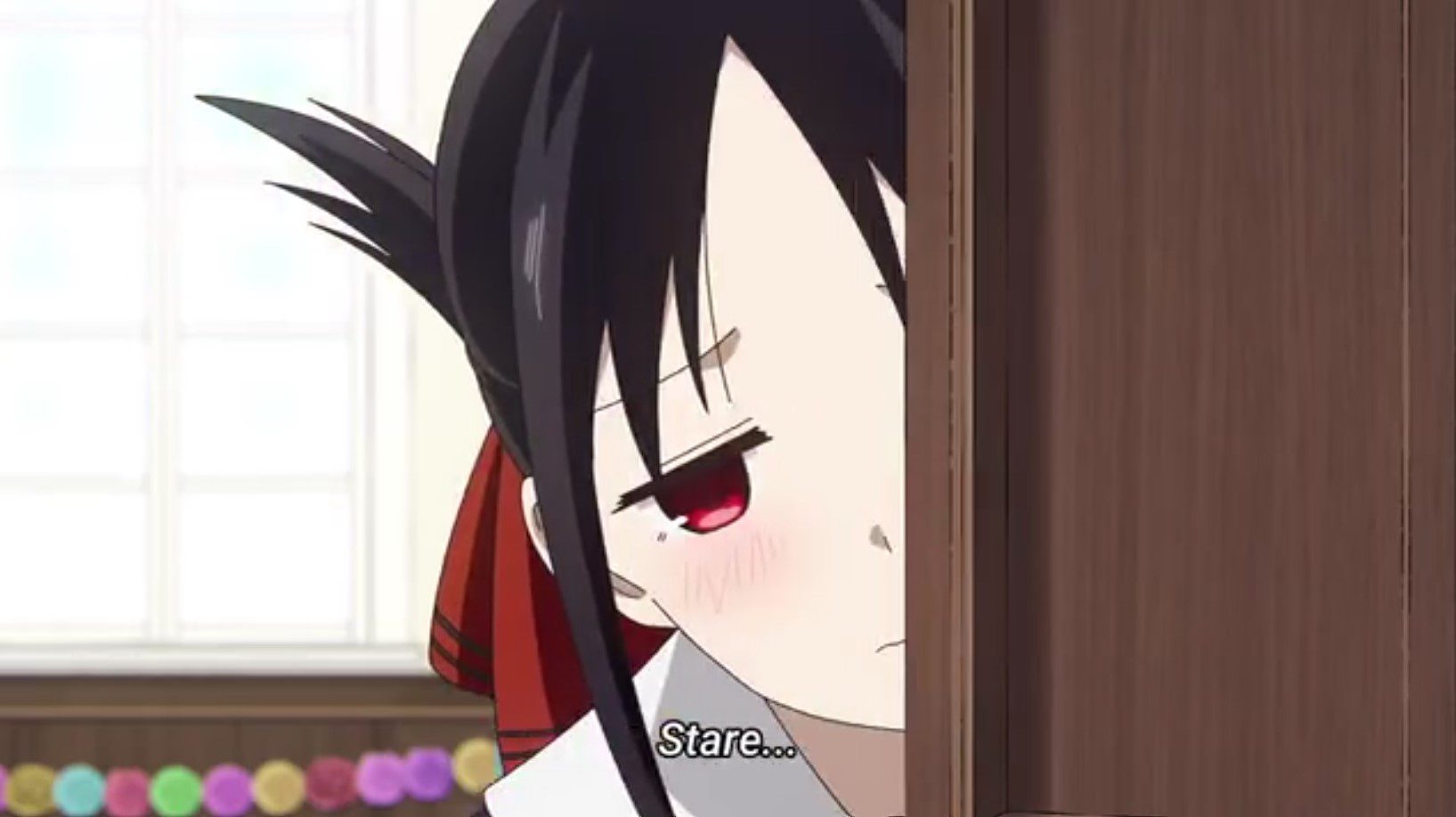 Where To Watch ‘Kaguya-Sama: Love Is War Season 3’ Online?

This is it for now. We hope this article helped you get all the information you were looking for. Let us know which anime or manga you want us to cover next. And, for more future updates from Kaguya-Sama: Love Is War Season 3, stay connected with OtakuKart.