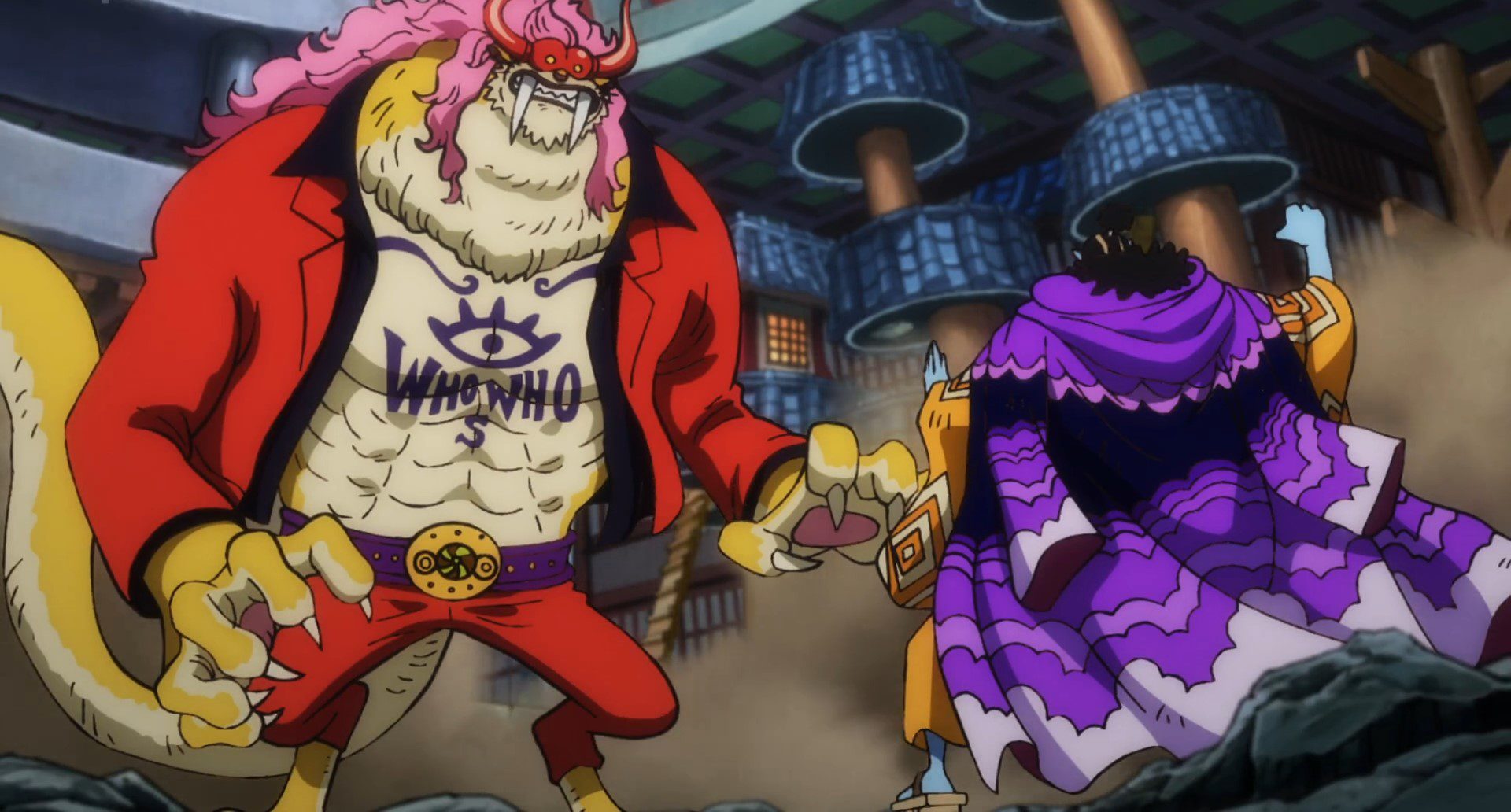 One Piece Episode 1040 release date is around the corner, and the new episode will dive into focusing on yet another new fight on the raid of the Onigsahima. While the manga is revealing mysteries about the series one after another, the anime is diving into the last phase of the Wano arc, and its latest match-up shows the newest Straw Hat vs. a member of the flying six.

This is officially the first time that we will see Jimbei fight an opponent as one of the straw hats while the captain of the straw hats is off to fight the main antagonist of the arc. Who’s-Who is also a mysterious character, just like his name, and had a lot to say about Luffy’s Gum-Gum Fruit.

We learned in the latest episode of One Piece that the Gum-Gum Fruit was being transported to the world government by the members of the CP9 and Who’s Who is among them. It was indicated that the fruit was stolen by Shanks when he wore the straw hat and he was also imprisoned for this failure.

Upon learning that Jimbei is now one of the straw hats, Who’s-Who intends to reveal his personal grudge against the name straw hat. This development has gotten fans very excited for the upcoming episode, so let’s talk about One Piece Episode 1040 in detail.

For this post, we will talk about the preview of the episode while theorizing about what may occur in the upcoming episode as well. Furthermore, we will give you all the details you may need regarding the upcoming episode, like its release date, time, and where you can watch One Piece Episode 1040 once it is released. Having said that, let’s dive into it. Here we bring you the latest One Piece and its new episode updates. 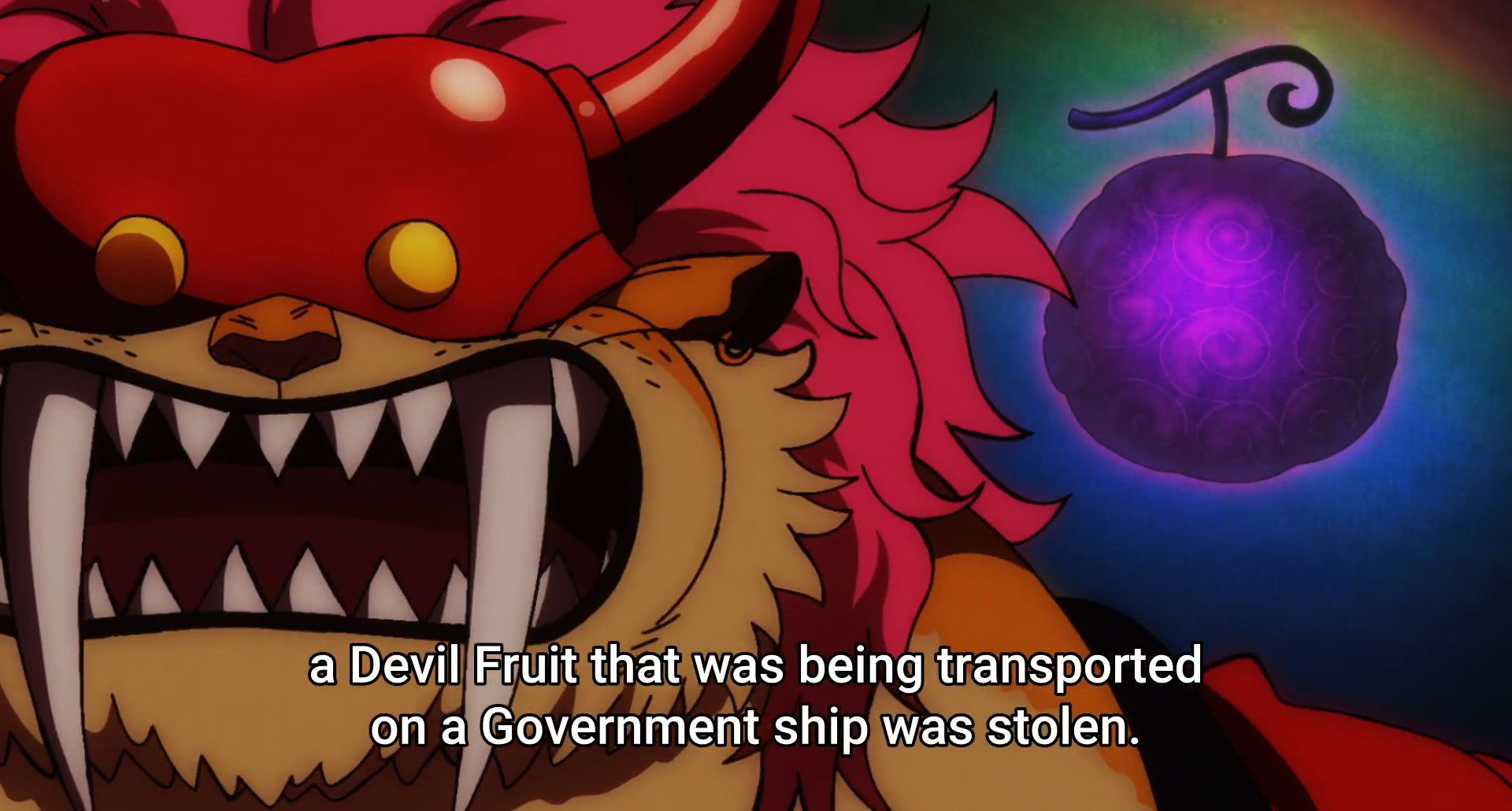 Who’s Who talking about Gum-Gum Fruit!

One Piece Episode 1040 Preview And Expectations

As mentioned in the title of this article, the episode will likely display a fight between the newest straw hat member and a former intelligence member because of the fact that the latter hates former ties with the straw hat. One Piece Episode 1040 is titled “The Pride of a Helmsman? The Enraged Jimbei!” and the preview of the episode solely focus on the fight between Jimbei and Who’s Who.

We can also expect to hear from Who’s-Who about Shanks and the reason why he stole the fruit in the first place. The title of the episode also indicates that Who’s Who may have enraged Jimbei into fighting, so we hope to learn more about Jimbei’s fighting style and how he acts when he is angry. Meanwhile, you can check out the release date and the preview for the episode below.

Without any break announced so far, the new episode of One Piece is all set to release alongside other weekly animes, such as Bortuo: Naruto Next Generations on Sunday, including other anime such as Cool Doji Danshi, Blue Lock, and many more.

One Piece has been following the weekly release schedule of the anime ever since the anime started back in 1999, and the new episodes of the series are expected to be released on Sundays or Saturdays in some regions approximately at the above-mentioned times.

The latest episode of the gigantic series is first scheduled to be released on Local Japanese networks. If you reside in Japan, then you can easily watch the new episodes of One Piece on local Japanese networks such as Fuji TV and others every Sunday. After a few hours of its premiere on the local networks, the new episodes will be available online.

Fans around the globe can watch the new episodes of One Piece weekly on platforms like Crunchyroll and Funimation. However, the platforms may have geo-restrictions.