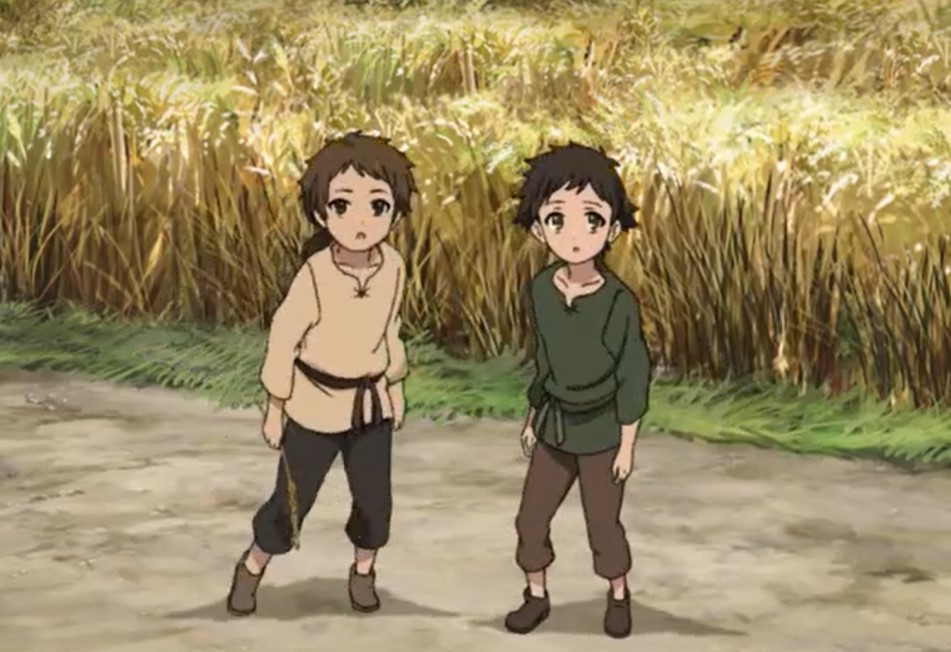 An older man was beaten and chased out of his house in the middle of the night. When he walked in heavy rain outside, he started asking himself what he did to deserve this. He saw three students on the other side of the road and decide to head there. He saw the truck coming at full speed, and he got hit when he was trying to save those students. In the morning, a young boy named Redeus wakes up and realizes that he was dreaming.

Redeus now know how he got reincarnated into the body of a young boy. Earlier, he falls asleep when he was making figures with earth magic partly for training. He runs out of MP and realizes that his magic has grown a lot, but he still has a long way to go. When he wakes up, he realizes that he is that man who got hit by the truck. A day before, his parents have called a magic tutor named Roxy to teach him how to use magic. 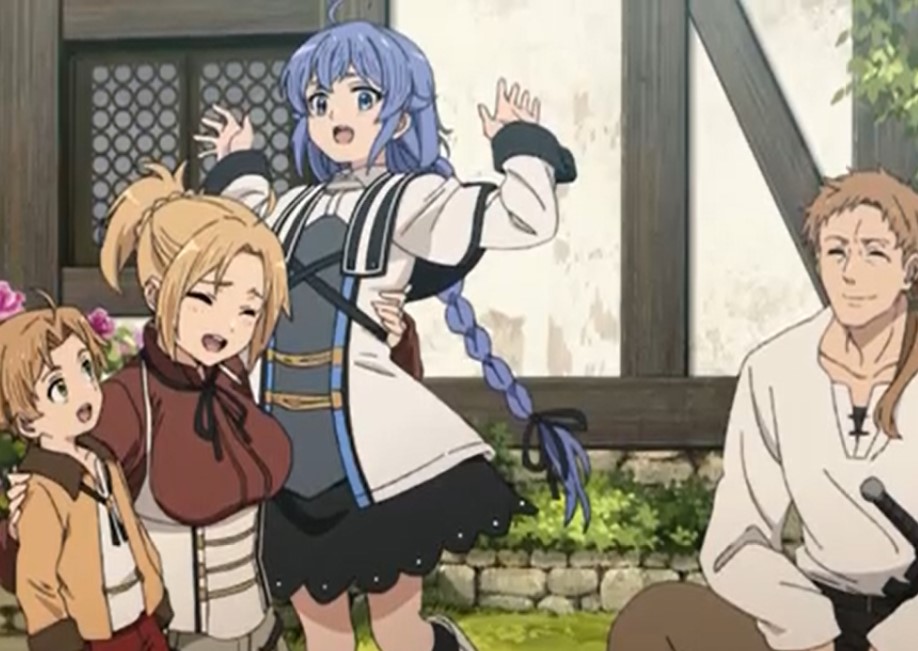 Today is his second day of training in the other room Redeus is sick, that his parent keeps on doing it. He thinks that this time he is going to get a sister and become s big brother. Redeus try to act smart and thinks that he should ask his parents what they are doing. When he gets outside the room, he finds Roxy near the door of his parents. Redeus realizes that he has to act like he didn’t hear anything and he knows nothing.

But Roxy keeps on listening to his parents, who are inside the room. It has been six months since Roxy got her. She has been a good teacher to Redeus, and now they are doing night classes. Redeus is starting to get interested in Roxy even though he is still young. When she teaches him in the middle of the night, he keeps on looking at how beautiful she is. But his matured mind makes him try to hit on her, but he is afraid that his body is still young.

During their lessons, Redeus said he is surprised this word has demons. Roxy reveals that she is a half-demon too and that why Paul and Zenith were surprised to see her. Roxy tells Redeus about the demons known as Superd and how scary they are. Five years ago, there was a big war between humans and demons called the Laplace War. In that war, the Superd went on a rampage, and they slaughtered friends and enemies without regard for women or children.

That earned them the hatred of every race. After the war ended, the Superd demons were driven from the Demon continent. Roxy adds that she was told when she was young that the Superd would come and gobble you up if you stay up late. Redeus try to charm Roxy, and she told him that he must say that to a girl he like when he grows up. Redeus replies that he likes her. Roxy replies that if he still feels the same after ten years, he can say it to her again.

The next day Redeus saw other kids taking selfies of themself, and he got scared thinking about his past. He recalls when he was still a student, and other bullies take pictures of him when he is naked. Roxy joined him and made him snap out of his past by talking about the dragon mountain. Roxy advises Redeus that if he wants to continue with his magic path, he can go to Ranoa. Redeus said that he has his master, and it is only Roxy.

Roxy told Redeus not to call her his master since she knows that he will surpass her one day. In the afternoon, Roxy shows Redeus how to make rainfall using magic. But her heavy rain created a light that burns the horse that was nearby into a toast. Redeus cast a healing spell and revive that horse, but its legs were trembling, and Roxy asks him not to tell anyone. Roxy asks Redeus to try making the rainfall; she will use a shield to protect the horse.

Redeus realize that it is his final exam, and it means home tutoring has ended. Redeus did it perfectly without t mistake, and a good rain started pouring. After the rain stopped, they both sit down and take about it, and Roxy is ashamed of herself. She said nothing can now teach him later Roxy returns to her home since her work is finished.

You can also check these updates; Jobless Reincarnation Episode 2. This week that is what the upcoming episode has revealed for us.