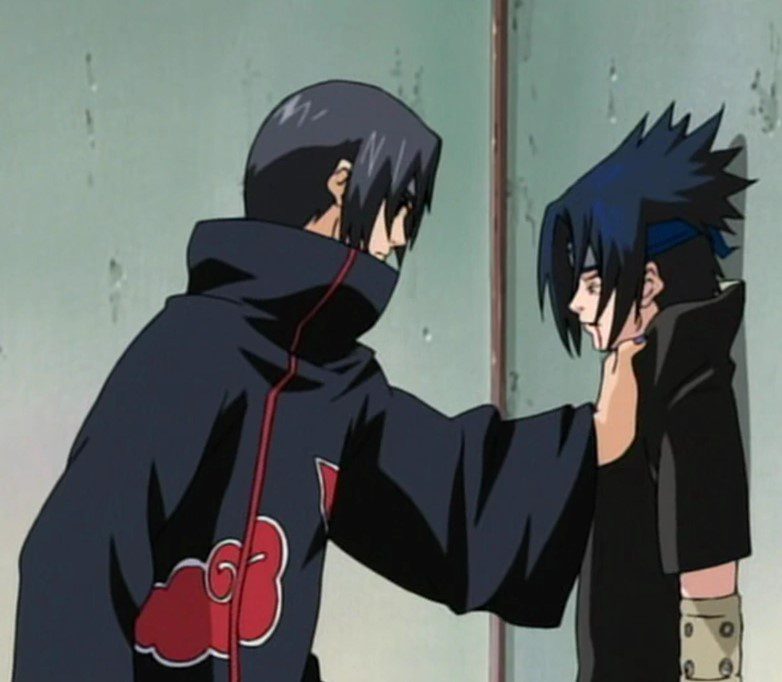 Sasuke has fought with Itachi twice, and we will reveal the episode and the first fight. The first battle happened in the Naruto series, and the second one happened in Naruto Shippuden, but we will cover the most part where the two fight for the first time and also talk about the second battle.

The first battle might not be more interesting than the second one since Sasuke was yet to awaken his true powers. Naruto fans might have forgotten about Sasuke and Itachi’s first battle in the Naruto series, and they remember the second one that happened in Naruto Shippuden. Still, we will discuss the one that Jiraya was part of it.

The first battle was related to Naruto since Itachi was after Naruto and didn’t care that Sasuke might interfere. Sasuke heard about Itachi when he decided to visit the Hokage office. Itachi’s mission was to steal Naruto and not to fight Sasuke since he knew that he would fight Sasuke in the future once Sasuke mastered the powers of the Uchiha Clan. Sasuke vs. Itachi is one of the greatest battles of the Naruto series, even though the first time they fought, the battle was one-sided.

Naruto fans new to this anime might find this confusing since it never crossed their mind that Sasuke and Itachi fought twice even though the first battle was not what Itachi wanted. This happened because Sasuke was protecting Naruto, who was Itachi’s target. We will discuss the details of the first and second battles that Sasuke won. Itachi joined the Akatsuki organization after completing his mission at Konoha. Let’s look at Itachi and Sasuke’s battles below. 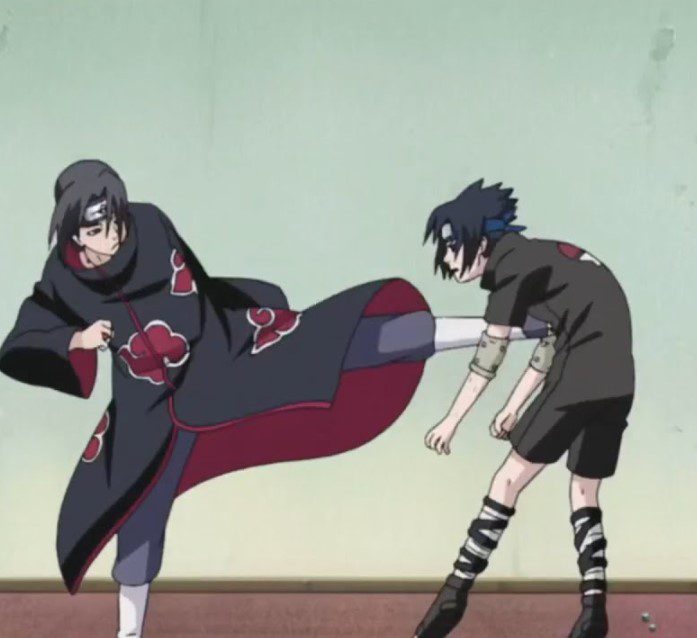 What Episode is Sasuke vs. Itachi First Time?

Sasuke vs. Itachi’s first time happened in Naruto Episode 81 and the second in Naruto Shippuden Episodes 135 to 138. This is to help the fans not confuse those two battles. This happened after Sasuke learned that Itachi and Kisame had invaded Konoha after Kakashi and Mighty Guy failed to stop them.

Sasuke realizes that Naruto’s life is in danger since Itachi and Kisame have come to harvest Nine Tails. He went out looking for Naruto and Jiraya, and it was tough for Sasuke to locate them. But Itachi manages to find Naruto first, and Sasuke arrives later. Naruto realizes that Itachi is Sasuke’s brother that Sasuke wants to kill.

Sasuke was charged with Chidori but got punished and pined with the wall. Itachi tells Sasuke to gather more hatred and kill someone close to him so he can defeat him when they fight next time. But before Itachi takes Naruto away, Jiraya returns and reveals how he realizes that Itachi and Kisame have arrived.

Jiraya handles the situation by making them get swallowed by his toad, but Itachi escapes using Black Flames that burn everything. Sasuke lost this first battle since it happened when he was young. This battle made Sasuke realizes that he was strong to face or defeat Itachi. This first duel was part of the Naruto series.

Also Read: What Chapter Does The One Punch Man Anime End On?

Itachi vs. Sasuke: The Fate of Uchiha’s Clan

This is the second battle in Naruto Shippuden after Sasuke loses the first battle with Itachi during childhood. Itachi vs. Sasuke happens after Sasuke realizes he has gained enough power to face his brother. This also happens after Sasuke betrays Orochimaru and kills him. Sasuke forms a new group called Hebi to help him erase Itachi. They trace Itachi and Sasuke learns that Itachi is waiting for him. The shark guy from the Akatsuki organization allows only Sasuke to settle scores with Itachi, and Zetsu decides to record this greatest battle. Sasuke and Itachi met at Uchiha territory to settle the scores. 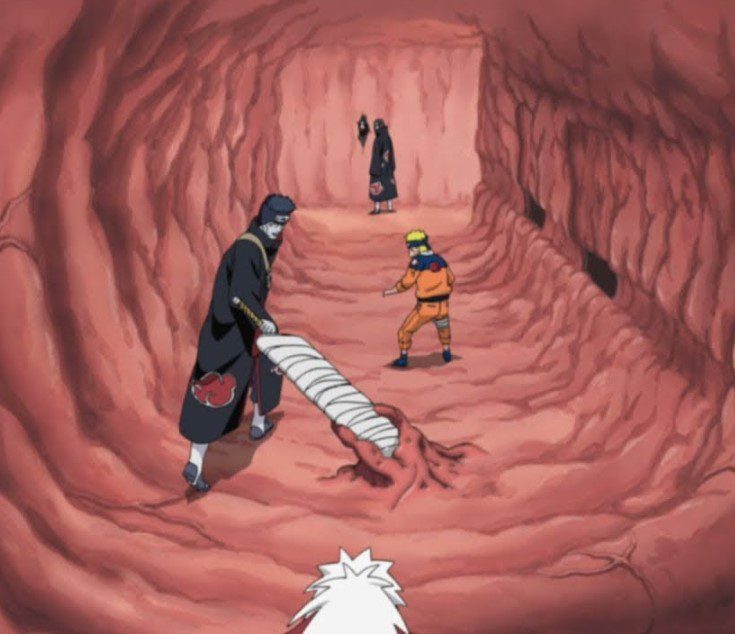 They both show each other how powerful their Sharingans are and use Genjutsu against each other. But Sasuke proved that his Mangekyo Sharingan was on another level. Itachi was impressed, believing that he would defeat Sasuke and take Sasuke’s eyes. But Sasuke dominates the battle, and they fight outside, where they both unleash Susano; Sasuke almost loses, but Itachi helps free Sasuke from Orochimaru’s cursed mark and dies after putting two fingers on Sasuke’s forehead.

Itachi and Sasuke are blood brother from the Uchiha Clan who shares the same parents. This two have loved each other dearly since childhood, even though Itachi killed their parents. Sasuke grew up with his brother and always wanted to train with him, but always, Itachi kept telling Sasuke that he was busy.

Itachi was the best thing to ever happen in Sasuke’s life, and Itachi showed his love for his brother when they trained together and always carried him when they returned home. But their bond was broken when Sasuke witnessed Itachi killing their parents, and the bond didn’t die even though Itachi was dead at Sasuke’s hands.