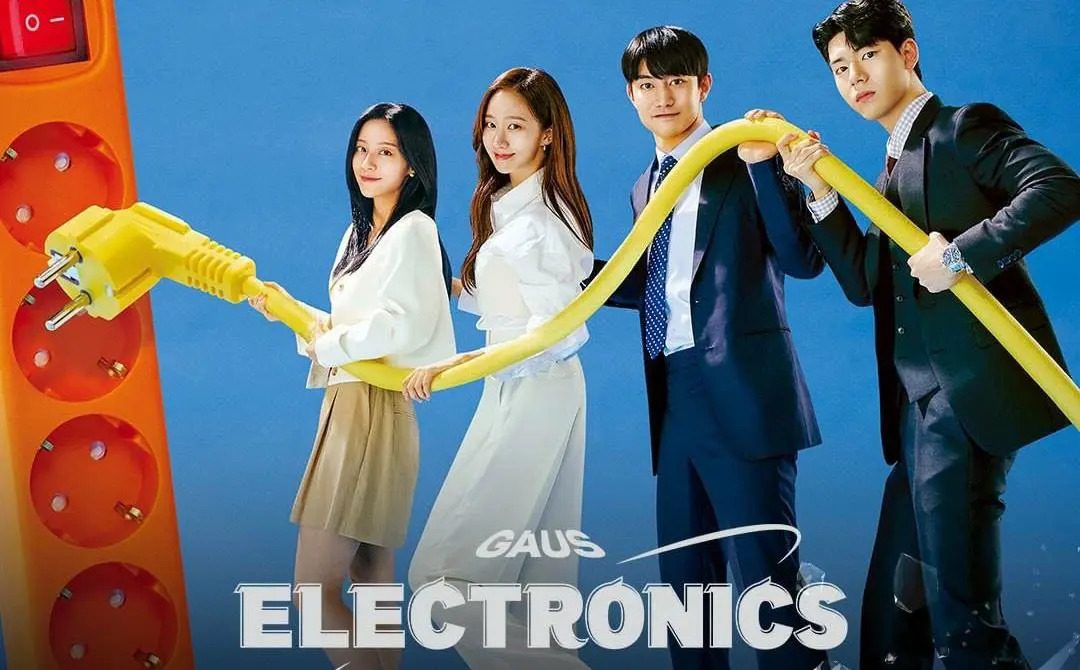 According to the show’s official description, the series chronicles the romantic and professional interactions of the young employees of Gaus Electronics’ Marketing 3 Division. Lee Sang-Sik (Kwak Dong-Yeon) presents a happy exterior but is emotionally insensitive. He frequently makes mistakes at work without the intention to do it. The assistant manager, Ko Sung-Hee (Cha Na-Rae), has a volatile temper. Baek Ma’s family controls a major firm (Bae Hyun-Sung).

He rarely speaks. Even though Gun Gang-Mi (Kang Min-ah) is regarded as the company’s most attractive female employee, she changes into a different person when she drinks. 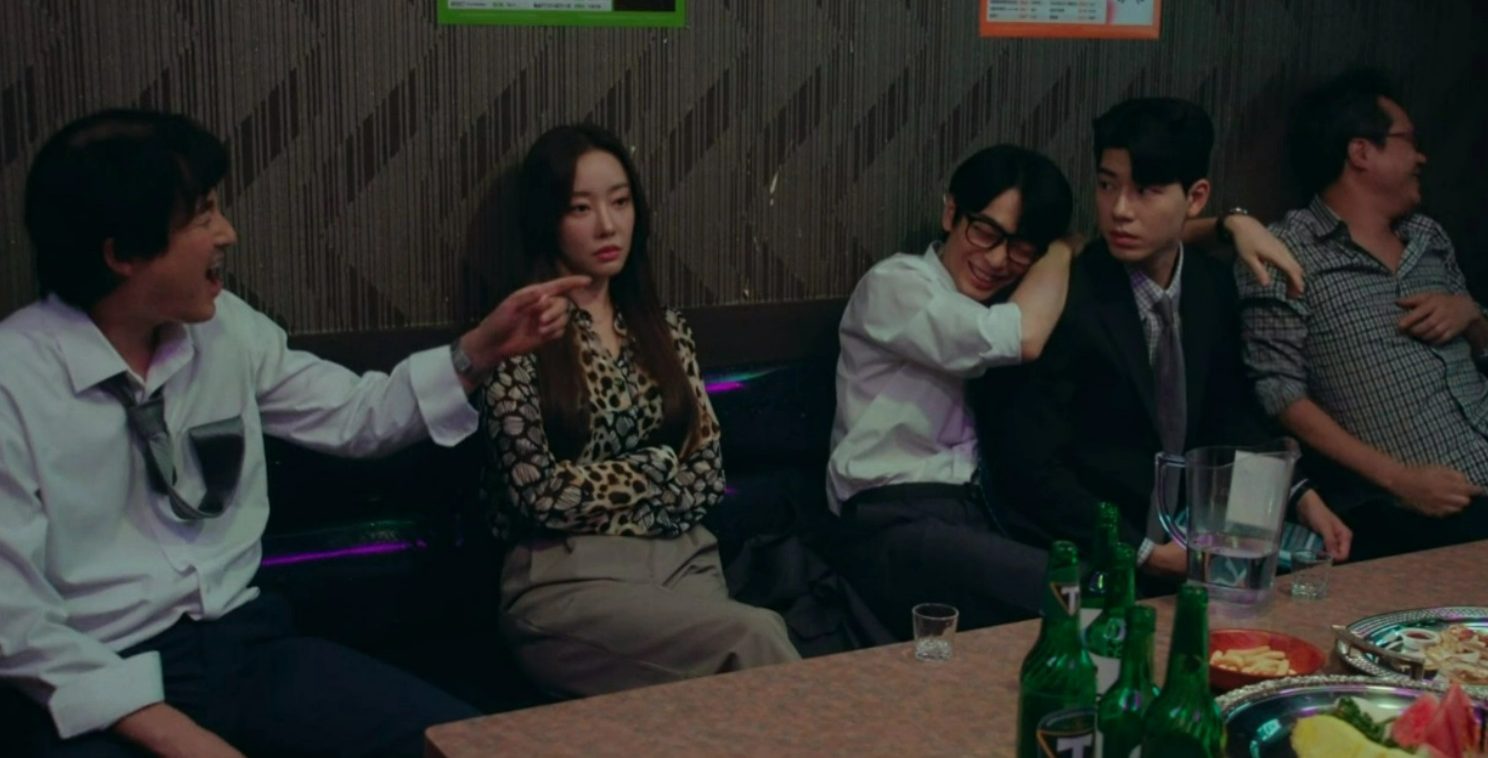 A still from Gaus Electronics

What Has Happened On “Gaus Electronics” So Far?

Na-rae and Sang-shik kiss. Na-are suddenly pulls away and seems shocked. Aziz is curled up on the bed, watching the show while nibbling. He congratulated them on their new union, prompting Na-rae to assert that she was addressing Sang-shik.

She is called out when Aziz says, “Aren’t you coming to meet me?” Although they dislike the circumstances, they are obstinate enough to act as though everything is fine. At work, they are uncomfortable with one another.

Naturally, Sang-shik is the first to speak up and ask Na-rae how he feels. It was his first kiss, and he confesses he was hesitant to provide a good kiss because of this. Given that he has been mooning over Hae-young for five years, Na-Rae is understandably reluctant as Sang-shik is ready to commit fully to their love.

In an amazing turn of events, Sang-Shik’s marketing clip that caused all that trouble went viral and enhanced public perception of Gaus. Creative marketing is all the rage, especially in light of the recent balloon incident on Livestream. 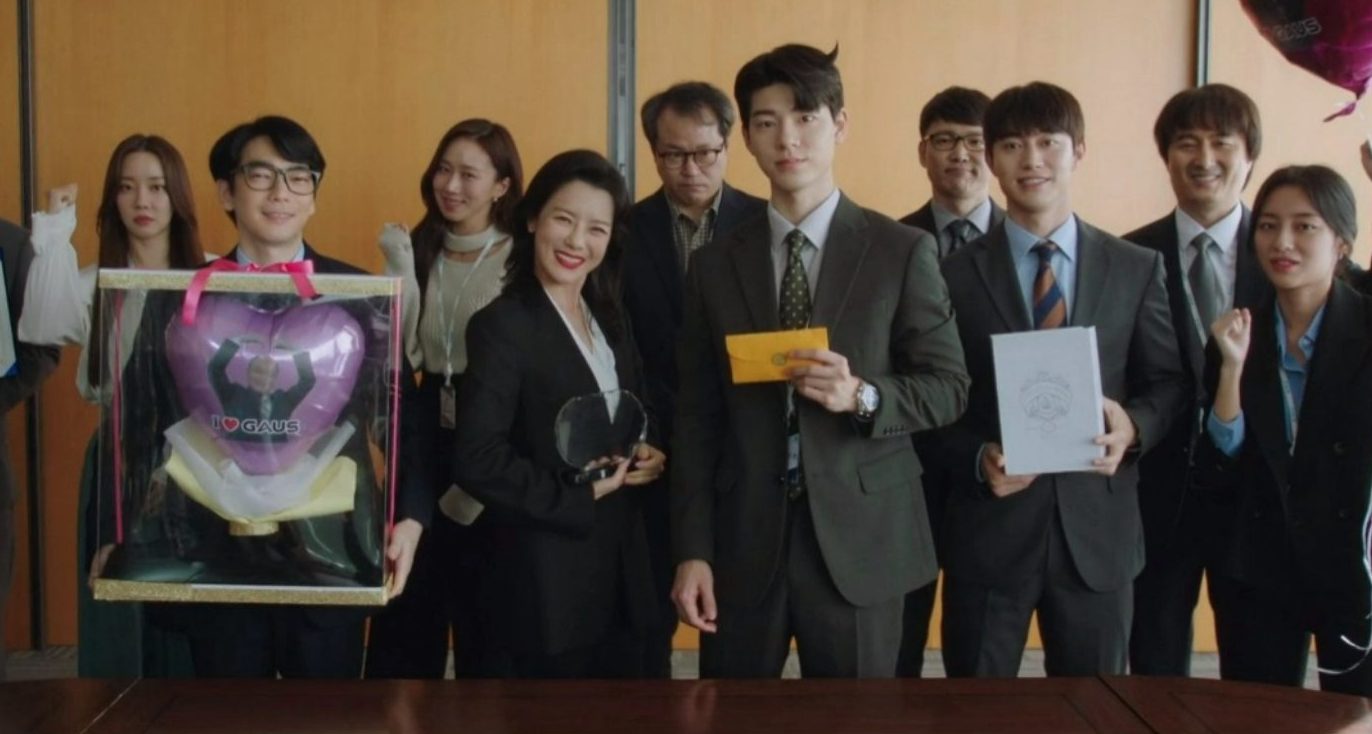 Instead of acknowledging her staff members’ contributions, Director Choi brazenly claims credit for their accomplishments, as if she had given the orders. And this is not the first time she has behaved in such a manner. She once humiliated Senior Manager Wi, a former classmate, for her error, which is how he ended up on Marketing Team 3.

Due to his brief forays into Gaus-land, Ma-tan’s dad has cut off his access to resources and money. Ma-tan can no longer follow through on any simple statements he makes about having access to something or knowing someone. Even when an inebriated Kang-mi tells the squad that Ma-tan is the Power heir, they all dismiss it as Ma-tan bluffing.

Without referring to it as “dating,” Sang-shik and Na-race begin “seeing each other.” In another location, Ma-tan is alone with Kang-mi and begins to wonder if his abnormal heartbeat might signify romantic sentiments. Ma-tan confirms that Kang-mi is the cause by grabbing her hand and placing it over his rapidly beating heart. This is not a rational response. Kang-mi slaps Ma-tan in the face as the episode concludes, astonished and a little unnerved. What will Ma-Tan do now that he knows his feelings?

It appears that he has one of those marriage arrangements for wealthy people because he indicated that there is someone he’s supposed to marry. Along with Ma-secret tan’s being made public, Na-Rae and Sang-shik were also discovered dating before they had even begun. 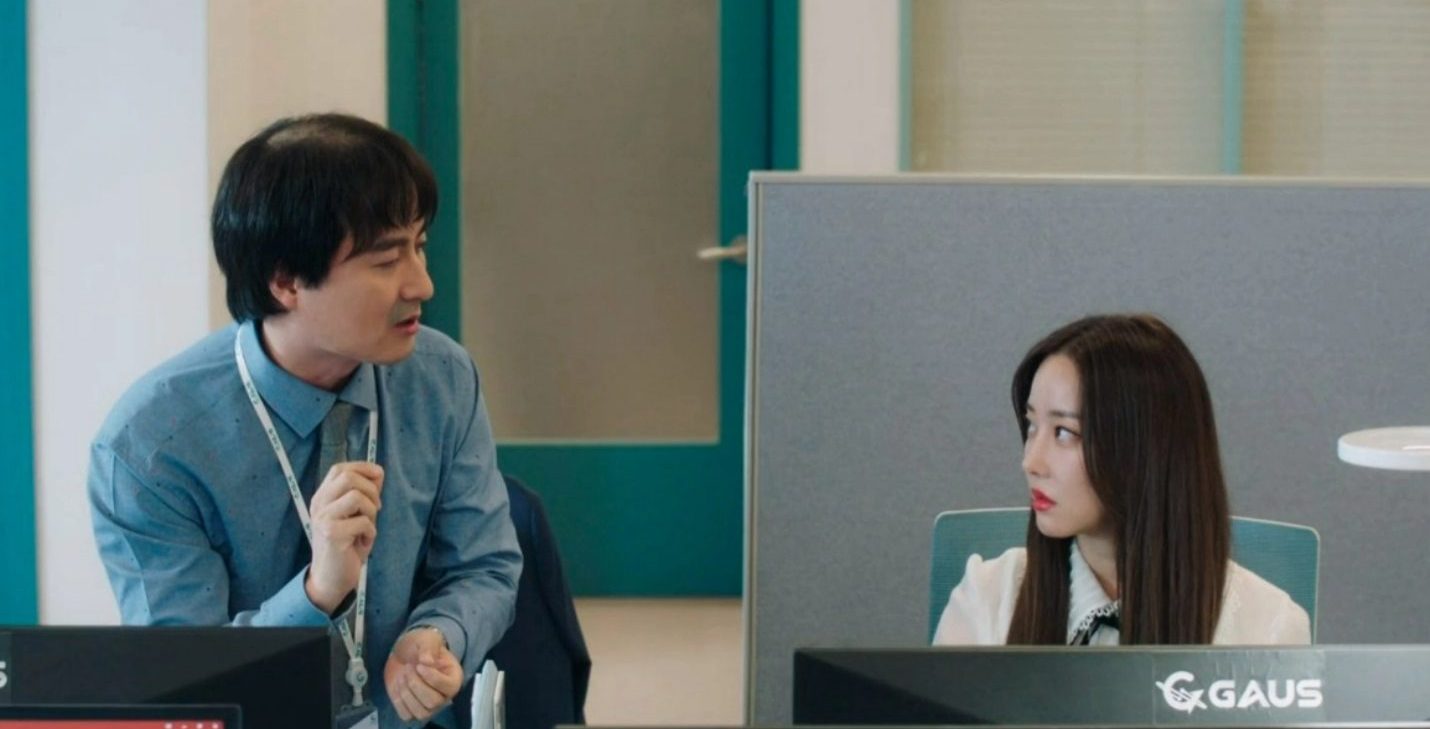 A still from Gaus Electronics

When Is The Gaus Electronics Episode 10 Release Date?

Gaus Electronics Episode 10 will stream on Seezn original and Olleh TV at the time we just mentioned.