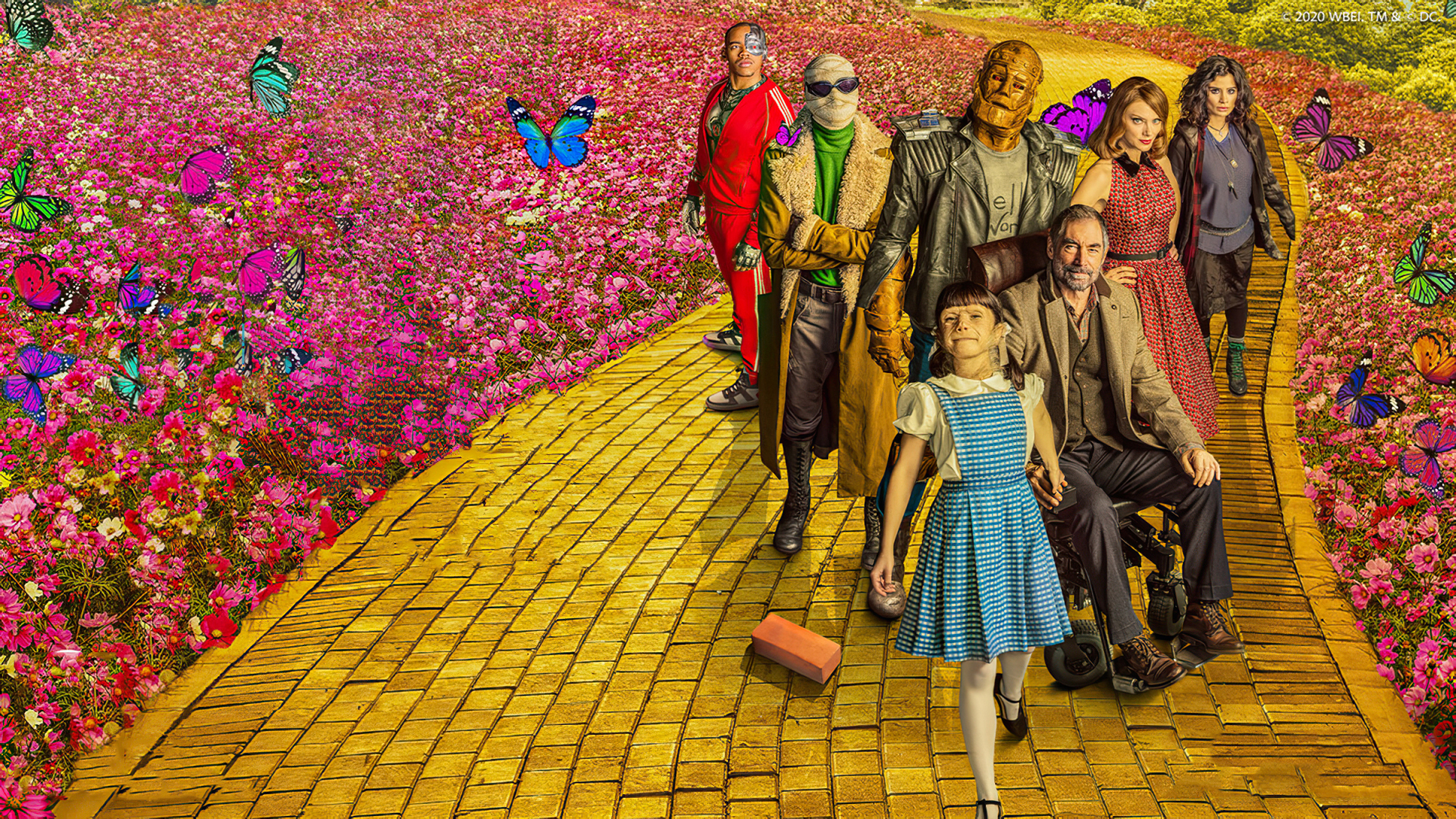 All the members of Doom Patrol

This week was way busy in terms of pop culture as we get to see some amazing trailers from our favorite tv shows and films. PS5 launched, Dark new trailer even Bill and Ted got the new trailer which also looks very good and Keanu is back with the bang on the film scene. Look no further and get your glasses on as you will be amazed to see some good trailers that were released this week.

There Would be some Mild Spoiler to the upcoming films and Tv Shows.

At last, we got the full first look and trailer for season 3 of the hit German show Dark, which has become the new sensation for the Tv and streaming fans. This season will be the last season and will end the tail which was started with season one way back in 2017. The show has a gripping story that features 3 different families in a town named Winden but thing gets fucked up when school kids started disappearing on the way back from school and now the dark secrets of the families come to the surface.

This is the show that tells the story that can be uplifting for girls and women, who wants to be inspired to do something big in their life. Season 5 was divided into two parts and the second half will release on July 3rd this year. The series is set in the 20s Madrid was four women started working for the new telecommunication company and find themselves independent and this new job started affecting their relationship with their husbands. The series stars Ana Fernández, Nadia de Santiago, Blanca Suárez, and Maggie Civantos.

The great dysfunctional band of misfits is back for another season, this series is based on the comic characters from the DC comics. This differs from a typical comic book show that centres around the inner struggle of superheroes and the reaction of society. The series will be available to stream on the DC Universe where the first season was streamed. The new trailer gives us some glimpse of the new season that will be available to stream later this month on June 25. You can stream Doom Patrol season 2 both on HBO Max and DC Universe.

This series is for adult animated shows fans and the plus point is that its stop motion which is regarded as one of the toughest animations form out there. The show voice cast is star-studded which includes Nicholas Hoult, Luke Evans, Tara strong. The show will be available on June 12, 2020, on Hulu ( streaming service)

Gabriel Iglesias who is a renowned comedian star in this sitcom which features him playing a history teacher. Season two will release on Netflix on June 17. In this trailer, we can see him getting on with new life problems and other adventures. Mr Iglesias has a story that features the renowned comic playing a history teacher at his alma mater but it takes a turn when kids starting to have some fun in his classes.

Bill and Ted is an Upcoming film starring Keanu reeves which also serves as the sequel to the previous two films. Through years Bill and Ted have a cult following starring in their own tv shows and comic books. Now we got the trailer to the latest film which will release later this year. Now in this film, Bill and Ted are warned by a visitor from the future of the need for them to create a song in 78 minutes that will save all life on Earth and the entire universe.

This film is a co-production between German, Austrian and American production studios and got its world premiere at Locarno Film Festival last August. The film stars Joseph Gordon-Levitt as a pilot whose plane hets hijacked mid-air and what next you have to watch the film yourself when it comes to Amazon Prime Video on June 19.

8. You Should Have Left

You Should Have Left is a horror film that was planned to have a theatrical release but due to this pandemic Universal is going to release digitally and Video On Demand on June 18. The film stars Kevin Bacon and Amanda Seyfried in lead roles. This film is for all the horror fans around the globe.

Sofia Carson stars as April in this Netflix original film which will be released on the streaming service on June 19, The film is a dance-based film so hop on your dancing shoes! The official plot – After failing to find success on Broadway, April returns to her hometown and reluctantly is recruited to train a misfit group of young dancers for a big competition.

Wasp Network was premiered at the Venice Film Festival on September 1, 2019, and now this June, it will available to stream on Netflix. The film is based on the book The Last Soldiers on the Cold War by Fernando Morais The film has an ensemble cast includes Penélope Cruz, Ana de Armas, Édgar Ramírez and Wagner Moura which are already famous for their previous works in different films and tv shows. From the trailer, the film looks promising as a good action-thriller with some good amount of acting chops by the cast.