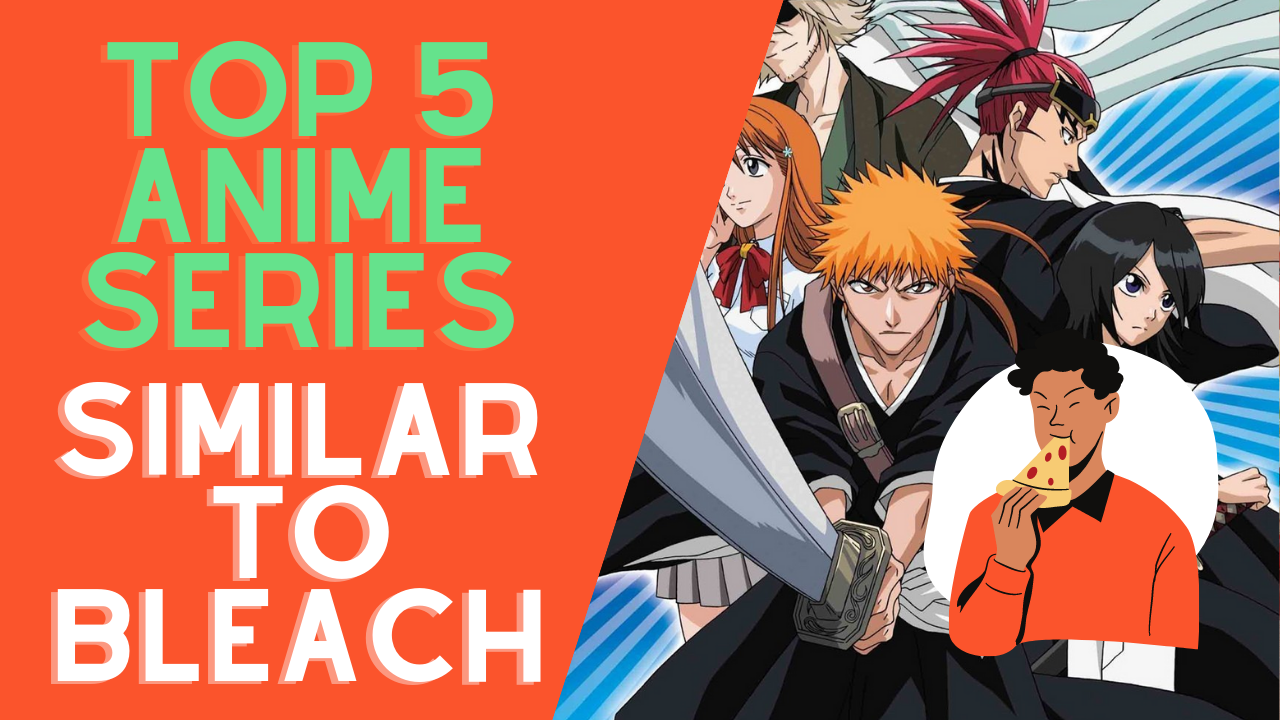 If you have just watched the anime Bleach, there will be a great chance you might wander around the internet to watch some more anime just like it. No doubt Bleach is amongst the most popular shows with brutality and Dark Fantasy. We have prepared a perfect list of shows that are just like bleach and will give you the same thrill.

If you are a fan of devil-based anime, this series will be a delight for you. This recent series had started at a slow pace, but recently it had gained a lot of popularity. The creator of this series is Yuki Tabata. The story revolves around two people Asta and Yuno, who are born in a world where magic is everything. Yuno is a powerful mage, whereas Asta has no charm, but they both sworn to become the next wizard king. This story is a description of their adventure to become the next wizard king, and it has an IMDb rating of 8.1

This is another hit series by manga illustrated by Kohei Horikoshi. It is a superhero anime in which the main character is born in a world where power is everything. However, he is born powerless, but still, he wants to become a hero and wants to save people. He looks up to his favorite hero with his All might, builds up his relationship, and fights with villains. The show is a must-watch forBleach’se fans as the brutality might give you the same vibes. The show has an IMDb rating of 8.5.

Attack on Titan is a manga series and is illustrated by Hajime Isayama. The main character is Eren Yaeger. The story revolves around the human beings who live beside the walls to protect themselves from the gigantic Titans, wherea Titan eats his mothern. He takes a vow to kill every Titan and take the world which belongs to them. Attack on Titan is amongst the top voted anime shows yet, with its dark and brutal storyline. As for the hype, season 4 is just airing this month. The show has an IMDb rating of 8.8.

Hunter X Hunter is another series that revolves around our main character ‘Gone’. The show is a manga series illustrated by Yoshihiro Togashi. It has 380 episodes currently with 36 volumes. The show is based on a storyline where Gon is left with his father at a very young age. Later on, he discovers that his father is a world-renowned hunter. Despite being abandoned by his father, he promises to become a hunte, gos on an adventure, andencounters paranormal activities. The show has an IMDb rating of 8.9.

Blue Exorcist is a manga series illustrated by Kazue Kato in the series, there are two main characters one is Rin Okumura and Yukio. The dark theme of the anime will make you relate it with Bleach. There are devils and satans, which is a complete package of brutality and rage. The main characters are brothers and the ‘son of Satan’ and are inherited by Satan’s powers. Both are born in the human world where their guardian is killed by the Satan Rin Okumura, who swears to kill Satan. The character and the storyline is amazing and might make you relate to Bleach too. The show has an IMDB rating of 7.2.