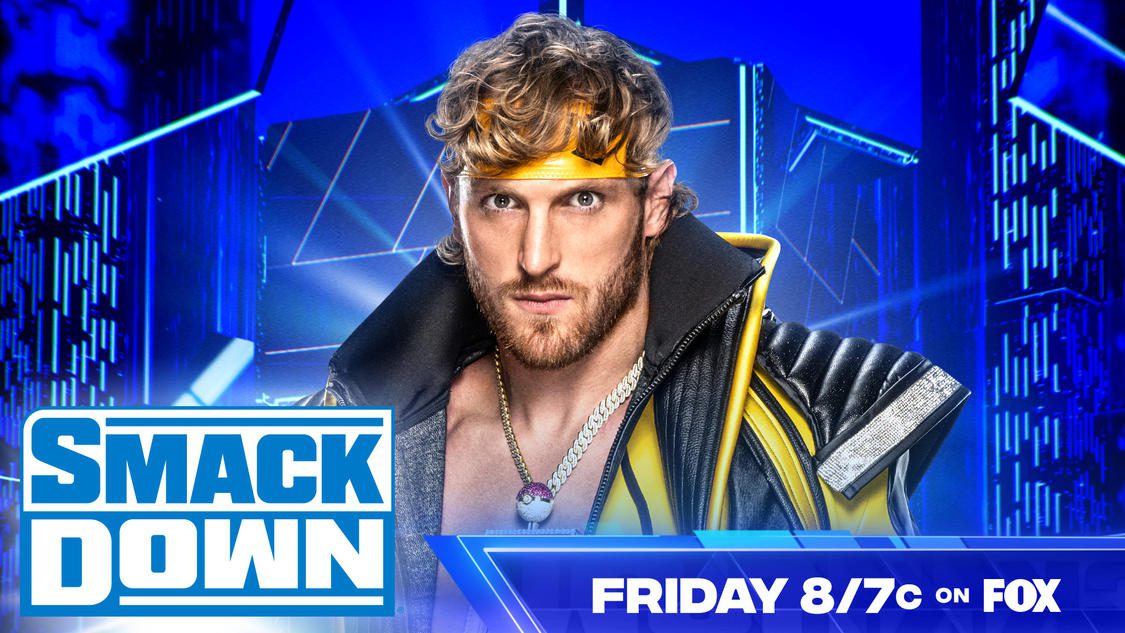 The builds for Crown Jewel and Extreme Rules will run concurrently on this week’s WWE Smackdown. A well-known personality will join the roster, perhaps to start off a fresh Roman Reigns storyline. Additionally, Ronda Rousey will be present at the show that is held at the Honda Center, California.

On September 16, 2022, WWE SmackDown is scheduled to host the top contender match for the USO’s WWE undisputed tag-team titles.  The four teams that competed on September 5 at WWE RAW will face off again for a chance to challenge The Usos‘. Additionally, the conflict between The Imperium and the Brawling Brutes will intensify. Following Karrion Kross’ assault from the last week, Drew McIntyre will also reply.

This week’s edition of WWE SmackDown should be watched closely even without the surprises described in this article. Since Triple H has always fought for high-caliber content, this episode should be no exception.

Last week, Braun Strowman, who is now back, completely destroyed these four teams. Strowman choose his narrative, which was regrettably bad news for all these eight men. Tonight, this match will have another chance to take place with two new teams, with the victorious team receiving a chance to challenge The Usos for the WWE Tag Team Championships. 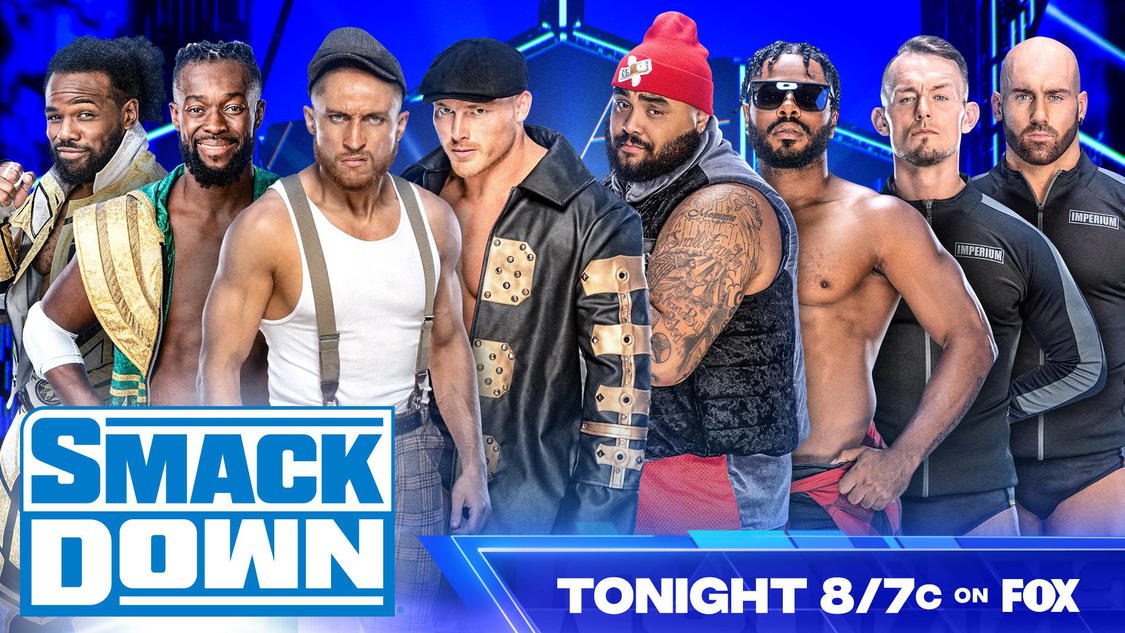 Four incredibly skilled tag teams—Kofi Kingston & Xavier Woods, Ridge Holland & Butch, Ashante “Thee” Adonis & Top Dolla, and Ludwig Kaiser and Giovanni Vincis —will face off in what may be a fantastic tag team match, regardless of who wins. Will Braun Strowman return to make them feel his presence, or will the Usos finally have a challenger?

Roman Reigns, the undisputed WWE universal champion, recently made an appearance on Logan Paul’s podcast ImPaulSive. Logan Paul showed his desire to face The Tribal Chief after Reigns left. In response, Roman attacked Logan on Twitter with Paul Heyman. The older Paul Brother questioned Heyman about how he intended to “handle” Logan after Heyman had told Roman to count Logan handled. Then, Triple H intervened and asked Logan Paul to attend SmackDown. What will happen if Logan Paul and Paul Heyman square off? Will The Bloodline join as well?

…It just so happens I have a globally televised platform to allow our Superstars to “handle” their issues with one another … consider this an invite for #Smackdown tomorrow night! https://t.co/99Rh9SJY4a

Do we really need to stress how talented and capable Logan Paul is to become a very good pro wrestler? Although we hate to admit it, it is true. He brings “media megastar intensity” to SmackDown tonight, where it’s possible he’ll take on Roman Reigns, the WWE and Universal Champion.

Logan has publicly stated that he can beat the Tribal Chief one-on-one, therefore it seems that this match may take place at some point in the near future. Given that it is one of the more valuable matchups that WWE can organize, they have every right to do it. Paul Heyman, Roman’s wise man, will probably be here tonight to answer Paul, so this part might be entertaining. Watch SmackDown on FOX to see Logan Paul’s comeback.

Max Dupri made an interesting comment in the MMM dressing room during a special episode last week. There was a hint that there will be a night after the day. This might mean that Max Dupri or Eli Drake is reviving his LA Knight persona. 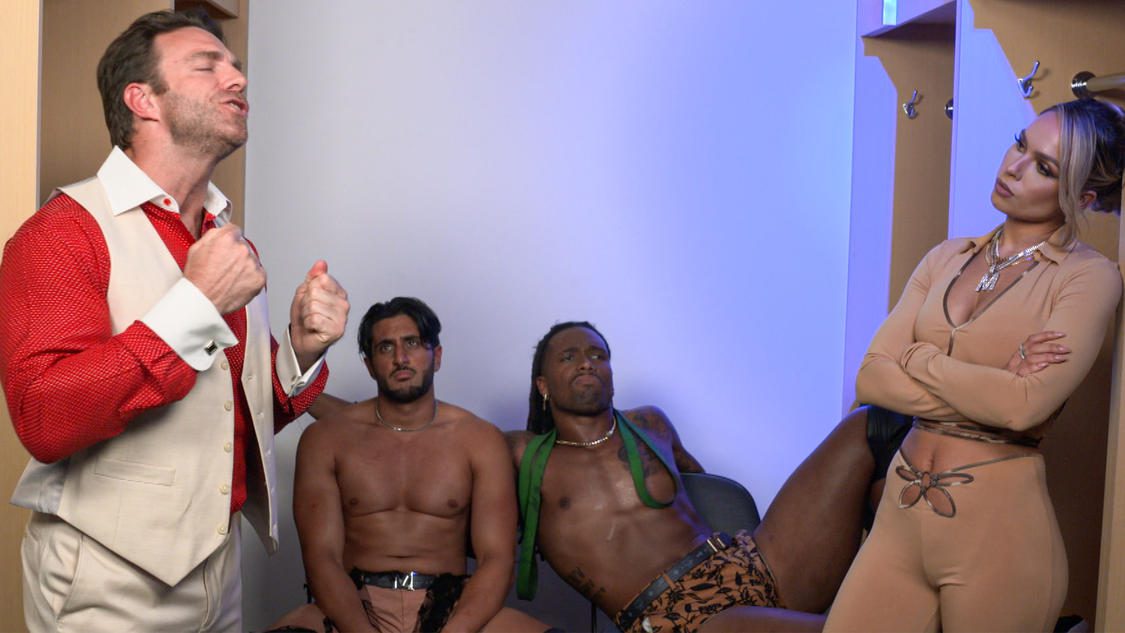 The world will get to see one of the best pro wrestlers in the world perform as only he can by returning to his roots. This would suggest that he will no longer be associated with his faction of lower-card players. Could he move away from his friends and the fashion world to enter one he knows—one armed with fists?

WWE SmackDown Stars usually make appearances on RAW, and vice versa. The Usos’ next opponent is a major thing right now, and four elite teams are competing for the honor. With all due respect to the tag teams listed here, none of them currently seem like they have any interesting possibilities. What if The Bloodline sweeps the fight and The Usos comes up as the dominant power, holding the championships high above their heads? In the background, Sami Zayn is approached by Kevin Owens who offers to work with him to defeat The Usos. Think of how interesting a storyline that would make!

On last week’s episode of WWE Smackdown, Karrion Kross unexpectedly attacked Drew McIntyre from behind, ending their main-event match between McIntyre and Solo Sikoa. He passed out the Scottish Warrior by applying the Kross Jacket hold, which was Kross’ second attack on the #1 babyface star since Summerslam. 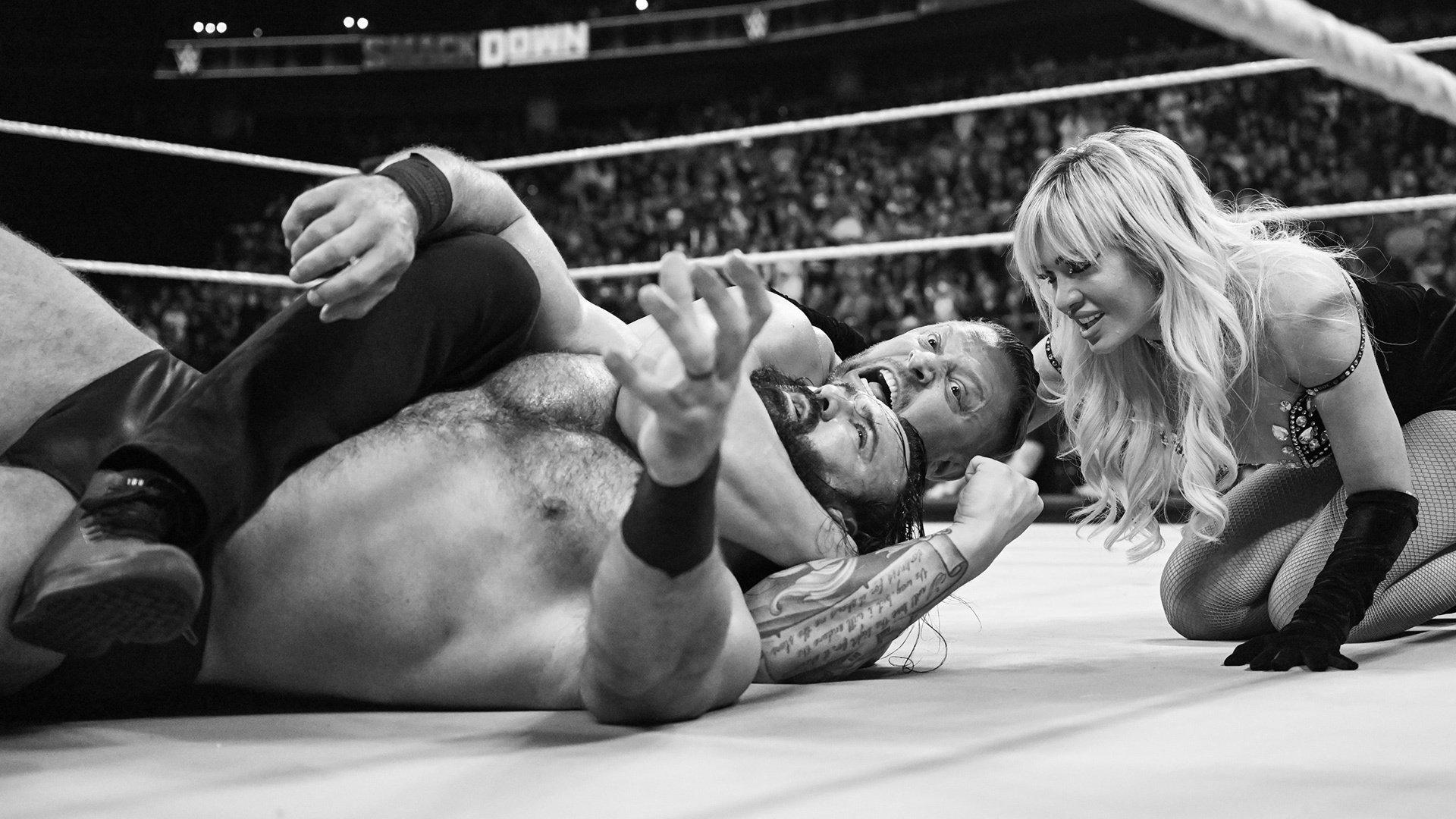 The timeline should be reset, according to Kross, who has made this clear in his statement. The most recent WWE Smackdown episode should see McIntyre waiting with revenge in mind, which will set up McIntyre vs. Kross for Extreme Rules. In the absence of Roman Reigns, this would be the main-event of the forthcoming PLE.

Ronda Rousey and Liv Morgan will square off once again. At Extreme Rules, they’ll compete for the gold. Ronda has many reasons to take Liv’s arm and destroy her. Last week saw Ronda’s first match since being reinstated. She won easily against Xia Li, Natalya, Sonya Deville, and Lacey Evans to establish herself as the top challenger for the women’s championship at Extreme Rules. Clearly, Liv Morgan is way out of her depth while facing this Ronda Rousey.

The truth is that Morgan is in serious trouble and needs to devise a strategy quickly if she wants to avoid Rousey’s wrath. Shayna Baszler, whom Morgan managed to defeat in a championship match at Clash at the Castle, may be the answer to everything. Rousey has recently confronted Shayna in an effort to get her to rediscover her killer side. Shayna could end up turning against Ronda if it backfires. That might be Liv Morgan’s best possible chance as the champion to get out of this situation. 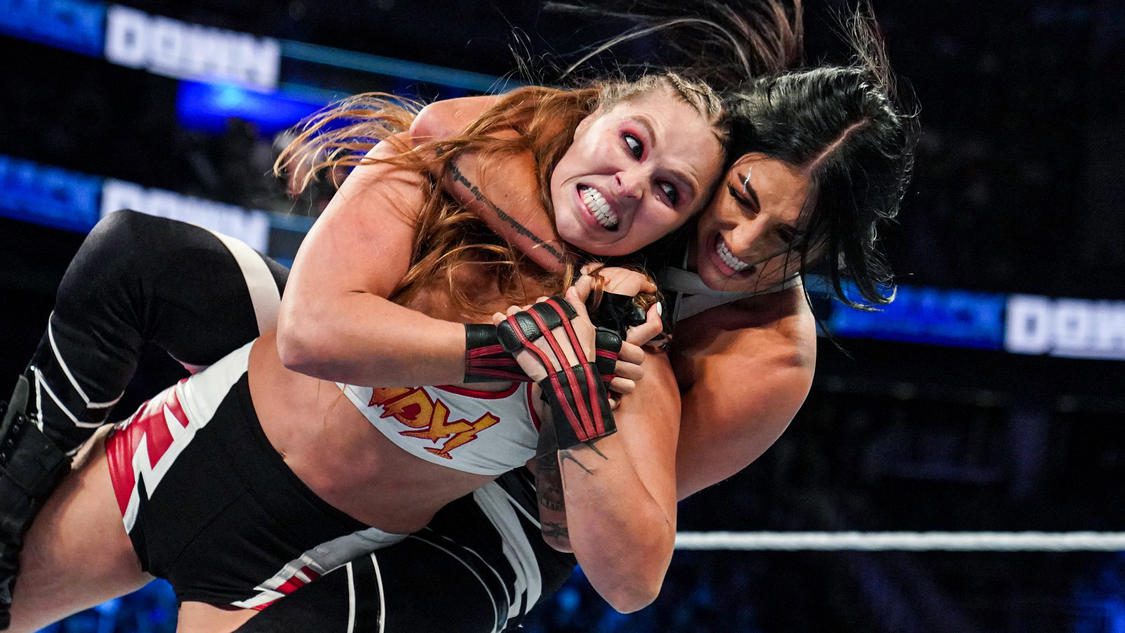 The alternative plan of action for Liv involves Adam Pearce, who at this time is undoubtedly willing to abuse his position in order to exact some king of retribution on Ronda. Since Morgan and Rousey recently competed in a standard singles match for the championship at SummerSlam, it makes sense to spice up the match this time. Adam Pearce would almost surely try to use his advantage against Ronda if he selects the gimmick, isn’t that right?

It is necessary to add excitement to the SmackDown Women’s Championship scenario. No offense to Liv or Ronda, but the women’s division lacks the X-factor that it had in the past. Things might start up again if Charlotte Flair makes a possible comeback.

Charlotte might get involved in the title feud because of her character, which crosses the lines of a babyface and a heel. She may bring a feeling of reality to the sessions that Morgan and Rousey haven’t been able to do because she is a natural on the mic. Additionally, given that the next match will likely be one of the best ever, it is likely to be even better.

Currently, Solo Sikoa holds the title of NXT North American Champion. Will he show up on SmackDown carrying the NXT title? Last week, there was an interruption during his match against Drew McIntyre. Will he face a different opponent this week?

Gunther and Sheamus are still at odds after their match at WWE Clash at the Castle became an instant classic. How will The Brawling Brutes and the Imperium write the next story in their ongoing rivalry? 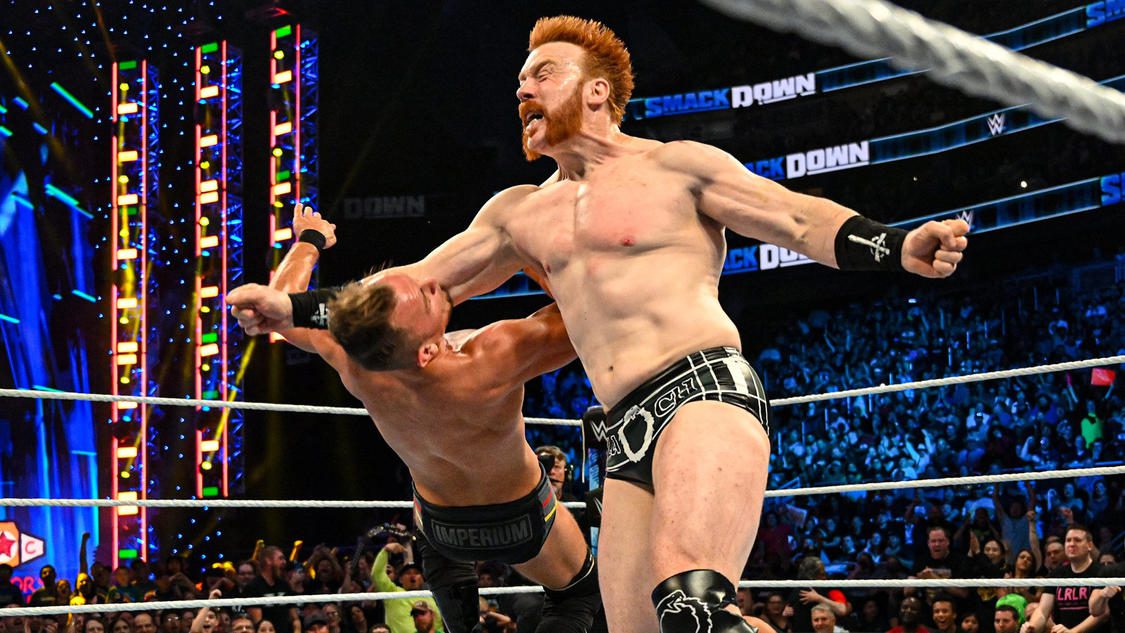 After losing the Women’s Tag Team Championship on Monday Night RAW, Raquel Rodriguez and Aliyah now have to decide what to do next.

Last week, Braun Strowman wreaked havoc on RAW and SmackDown. Will he make his ring debut tonight for his second run in WWE?