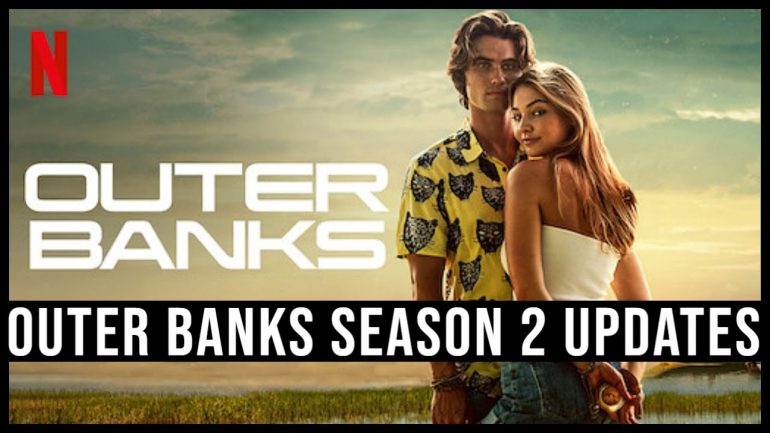 For all those, who have recently completed watching OBX Season 1 and now are curious to know when will season 2 of this Netflix series release. Then we would like to tell you that you are at the correct site to know about season 2 of the OBX series. We have assembled all the details about season 2, which you should know. This post might contain spoilers from the series.

OBX, also known as Outer Banks, is an American action-adventure mystery teen drama web series that premiers on Netflix. Pate, Jonas Pate, and Shannon Burke have created, and executively produced this series, and Chase Stokes did the narration work. Also, Aaron Miller and Sunny Hodge have produced this series in association with Rock Fish and Red Canoe Productions.

The main editing work is done by Sunny Hodge, Christal Khatib, Jeffrey M. Werner, Kyle Bond, Scott Wallace, Blake Maniquis, and John Peter Bernardo. Season 1 of this series was released on April 15, 2020, and a total of 10 episodes were released in the first season and all of them were bombarded on the same day by Netflix. Now, let’s have a look at all the information which I have gathered;

Till now, no official release date for season 2 of this series has released; hence, it is very tough to say exactly when will season 2 release. But still, there are some presumptions that if everything remains great, then we can expect this season in the first half of 2021. Also, at the start of July 2020, the creators confirmed that this series is getting renewed, and they have started with all the production work so the audience can expect a new season soon.

It is almost confirmed that the cast of season 1 is all set to reprise their roles in the season  2 of this series. Also, casting for some new actors for season 2 is going on, which will soon be finalized. All the work of the series is under production, and soon, some revelations will be made by the creators. Here’s the complete list of actors who can be seen in the new season;

Like release date, no trailer for this Netflix series has been released by the creators till now. If any trailer is published in the future for season 2 of this series, then we will update that on this site. Till then, you can have a look at season 1 of this series, which crossed 3M+ views in a few days of its release.

These are some of the details which we have gathered about season 2. If any announcement is made in the future by the crew regarding upcoming seasons of this series, then we will update that on this site. For more updates, stay tuned to Otakukart.