To fall in love is easy, but to stay in love is difficult, and it especially becomes more difficult when that seems to be the core purpose of your life, even if it is temporary. Love Island is a British reality show that offers this centrality of love to a set of single people who are looking for love and companionship in life.

These contestants enter the competition and are referred to as Islanders, which comes from the fact that they are living on an island that is nothing less than heaven itself. The island is filled with all the amenities, a gorgeous villa, wonderful food, and great places to spend quality time with a potential romantic interest that maybe could be the love of your life.

But at the same time, the islanders are also cut-off from the real world and are kept under 24/7 video surveillance. Each movement, conversation, and progress of the competition is recorded and telecasted for the audience to keep up with the development of the show. But indeed, the show’s description might seem to be simple and all about love, but it is filled with more drama and emotions. 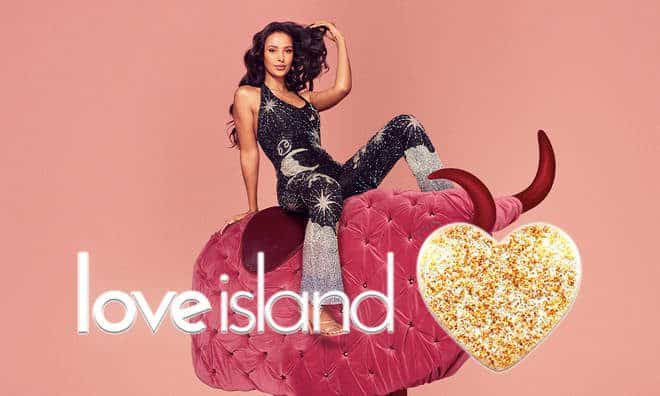 On the island, they go on dates with their asked couples, discuss their lives together, play games that are given, complete tasks to establish stronger connections, and then build compatibility with each other. At the end of each week, some are sent out of the house since only one couple can be the winner of the show.

You can always catch glances of fights, dramas, high-intensity emotions, passion, and even at times, jealousy. Many islanders end up finding love in the house and go out of the house as a couple. Many, after leaving, aren’t able to sustain a relationship post the show, and then there are a few rarities that survive the challenge of time and even get married and live together happily. The show was earlier launched as a live show for celebrities, but later on, it changed in the way it was presented. It turned into a show that called upon less influential people but was well-established in their own lives. The show was originally aired in June 2015 and has been able to see high ratings with each passing season and never has failed to disappoint its fans.

Even though in 2020 it was announced that they would launch their second winter series in South Africa but that unfortunately couldn’t happen due to the pandemic and the restrictions post a year as well. Due to the sustenance of the travel bans and restrictions, the team couldn’t host the winter season until now.

The current season of the show is hosted by Maya Jama after she was replaced in place of Laura Whitmore, who was the host prior to her. One of the most notable hosts of the show was Caroline Flack, who passed away in 2020. Season 9 was launched on January 16th, 2023.

Also Read: Are Yamen And Christen Still Together? The Love Island Couple

For all the love island fans who are eagerly waiting for what is coming next, well, the wait is over quickly in most cases since the episodes are aired on a daily basis for the viewers. Since the contestants live in the villa for about eight weeks and they are under constant surveillance, it only makes sense that there are just too many things happening at once. Nothing is missed on the island, and hence, the episodes are aired every day. Love Island Season 9 Episode 6 will be aired on Saturday, January 21st, 2023.

Well, one is always confused as to what the options are to be able to watch their favorite show without any delay or, most importantly, encounter any major spoiler before seeing the episode themselves. The show was aired originally on its parent network that is ITV2, where the show is aired every day. Also, viewers who wish to watch the show over any streaming platform can do so by watching the show on ITV’s official website that is ITVX, where you can register yourself to stream the episodes.

To go and watch the episodes add-free on the channel, you can even upgrade your plan to premium. The show is also available on Hulu in the United Kingdom, and for other regions, it will be available only after January 30th.